Elsayyed Mohammed Al-Mohsenawi dutifully went to work as a nurse caring for COVID-19 patients when the first wave of the pandemic reached his home country of Egypt, relying on disposable masks to protect him from the virus.

But just weeks after the first case was confirmed in the Arab world’s most populous nation, 46-year-old Mohsenawi himself died of COVID-19.

Colleagues mourned his loss on Facebook after an official at El-Nujaila Hospital, where he worked, posted the news.

“Mohsenawi is one of Egypt’s white army at El-Nujaila hospital who was fighting this virus,” Mohsenawi’s co-worker, Mohamed Abdalla, wrote in a post on April 27.

“I swear by God I have only seen goodness from you. … You were like a father and an older brother to me. You were respectful and generous in every aspect of the word generous.”

Egyptian President Abdel Fattah Al-Sisi sent a senior local health ministry official to Mohsenawi’s home after his death bearing a gift, flowers, and a presidential medal of honor. A local health center was named after him. 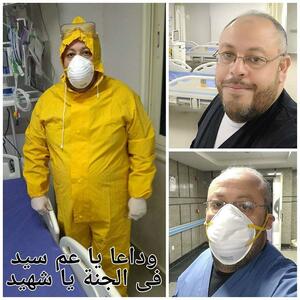 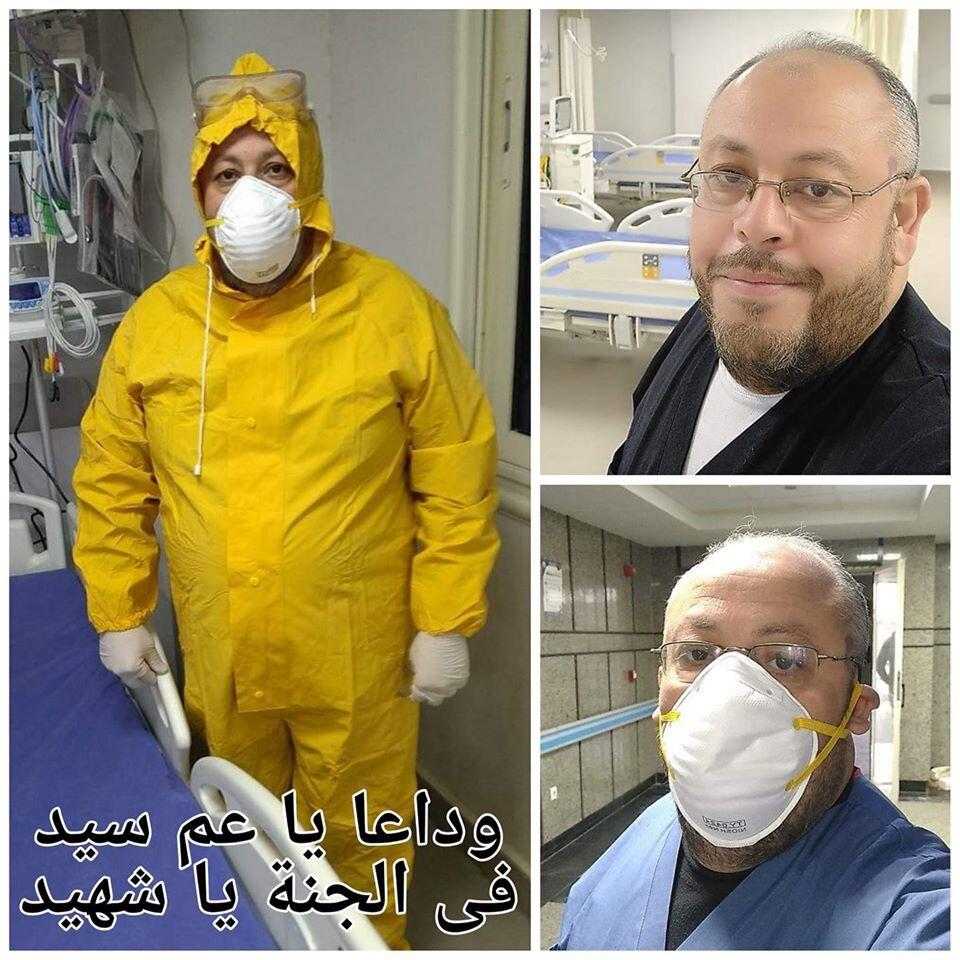 Credit: Facebook A collage remembering nurse Elsayyed Mohammed Al-Mohsenawi, seen wearing the counterfeit TY 0424 masks, posted on Facebook by colleagues after his death from COVID-19. The Arabic texts says, “Goodbye Sayyed, in heaven, you are a martyr.”

But the masks Mohsenawi wore while dealing with quarantined COVID-19 patients — masks apparently provided by his hospital — did not meet the standards required by Egypt’s health ministry.

Instead, they were Chinese-made counterfeits imported over a decade ago, OCCRP and its regional partner ARIJ have found.

These masks were used in state hospitals from March until at least the end of June. OCCRP’s analysis of images posted on social media and websites found medical staff wearing them in 20 of the 320 state hospitals handling coronavirus patients.

At least 15 of the 27 isolation hospitals used as quarantine facilities for the worst-hit patients during the first crucial months of the COVID-19 outbreak appear to have used the old, counterfeit masks.

On May 8, for example, the Facebook page of Assiut University Hospitals showed a medical worker wearing one of the fake masks identified by reporters.

A day later, Tarek El-Gammal, president of the university, which operates the hospital, said six doctors and eight nurses there had caught the virus.

These masks arrived in Egypt in 2007, when the Ministry of Health and Population bought 5 million of them for $1.185 million as part of a World Bank-funded program to improve the country’s preparedness for bird flu. Photos obtained by reporters show boxes of these same masks inside a quarantine hospital. 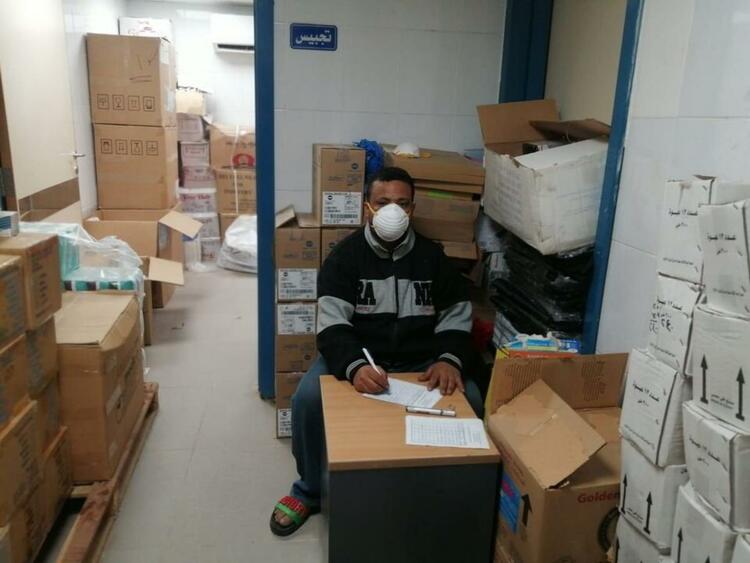 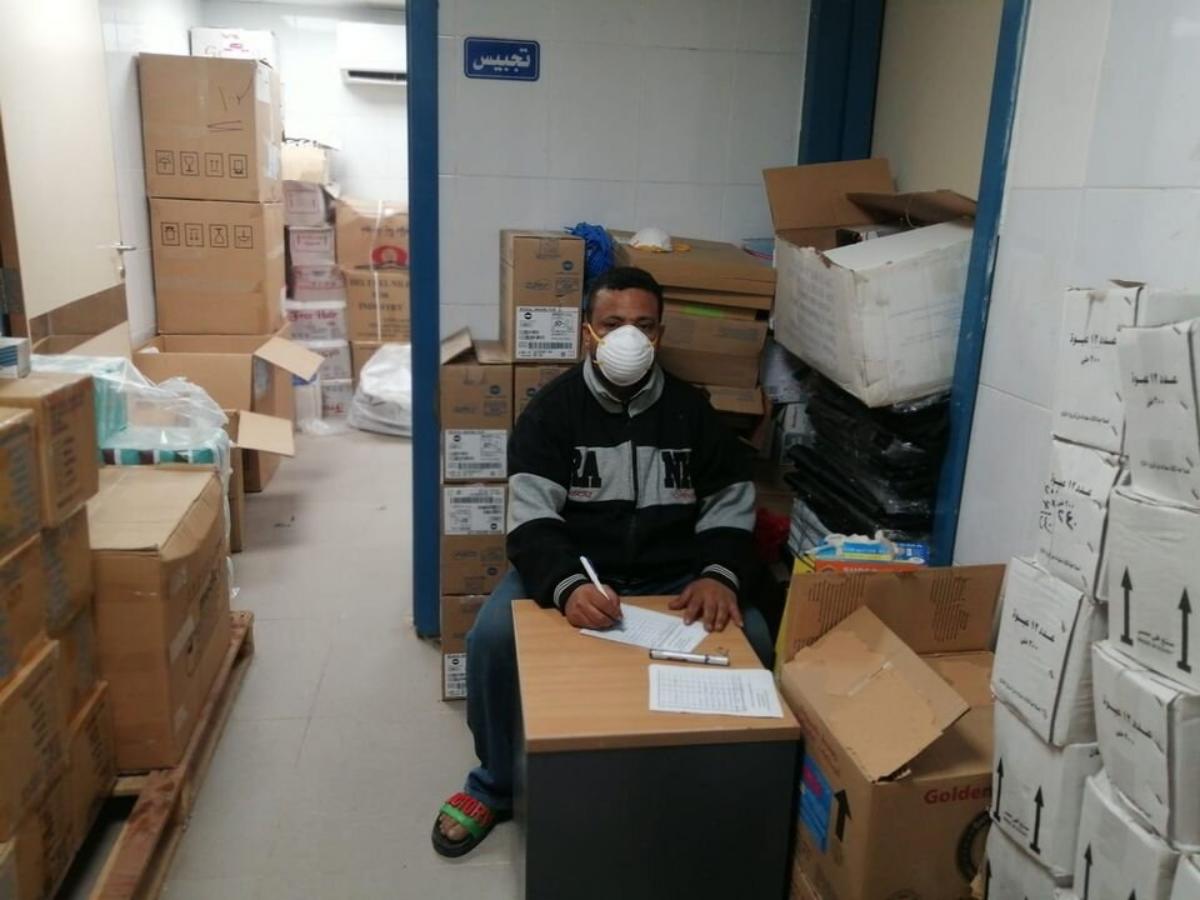 The masks purport to be graded N95 and approved by the National Institute for Occupational Safety and Health (NIOSH), a division of the U.S. Centers for Disease Control and Prevention, meaning they should protect against the respiratory droplets that carry COVID-19.

N95 masks are so named because they filter out at least 95 percent of airborne particles. They are one of the types of mask the World Health Organization recommended in April for medics in contact with coronavirus patients.

But pictures of the Egyptian masks obtained by reporters show they bear the marking TY 0424, which NIOSH lists on its website as counterfeit.

“This is an example of a misrepresentation of a NIOSH approval. Model TY 0424 is not NIOSH approved,” it reads, accompanied by a picture of a mask resembling the ones used in Egypt’s hospitals.

An official from NIOSH’s National Personal Protective Technology Laboratory who examined a picture of a TY 0424 mask from an Egyptian hospital confirmed it was not accredited by the agency, noting the absence of approval and lot numbers.

It’s unclear how many of the nearly 250,000 N95 face masks which Egypt’s Health Minister Hala Zayed announced had been distributed in late May came from the counterfeit 2007 supplies. The Ministry of Health declined to comment when asked how these masks got into the healthcare system.

‘I Did Not Know It Was Fake’

Doctor Musab Badrawy at the Dar El Shefa Hospital in the capital Cairo was wearing the TY 0424 mask when he contracted coronavirus in May, though he survived. He told ARIJ he had no idea it was not a genuine N95, as it came from the hospital’s warehouse.

“This mask was given to us from the hospital’s depot, he said.

Two medics told OCCRP they could not understand why the Health Ministry distributed the TY 0424 to public hospitals at the onset of the pandemic. One doctor theorized that maybe this was their only option after many countries banned the exports of N95 masks, respirators, and other medical supplies to cope with their own challenges. 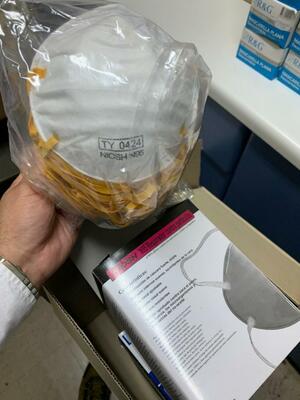 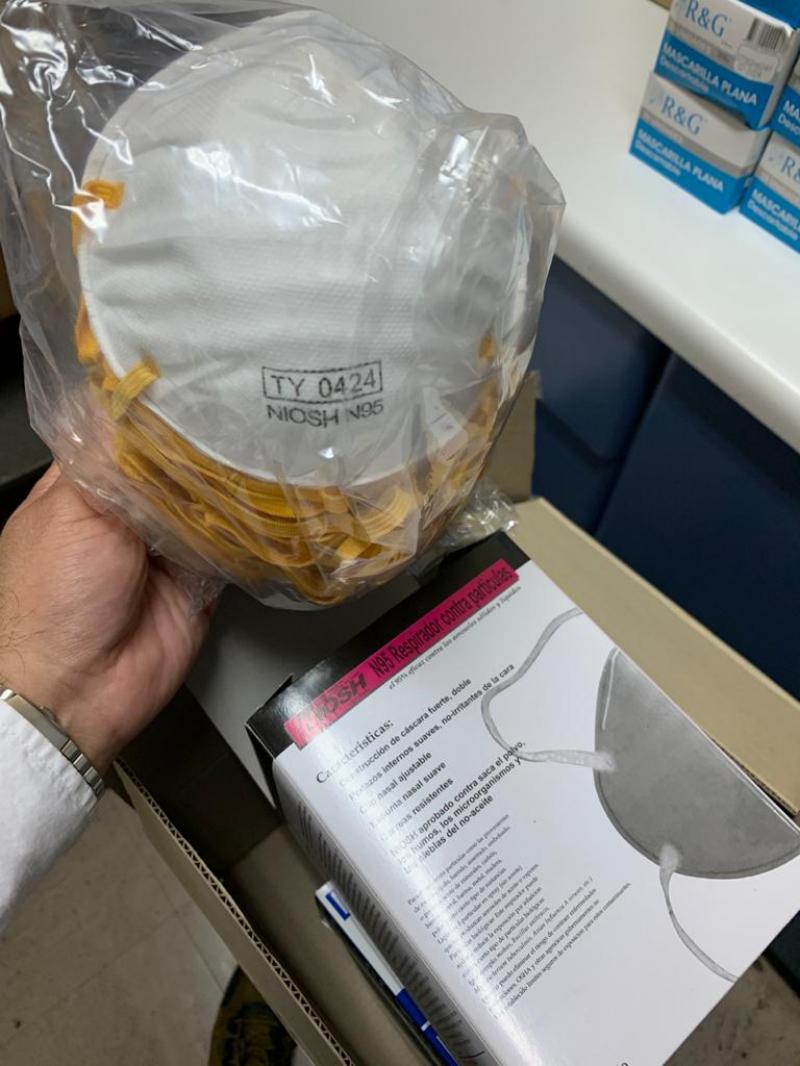 Credit: Sayyed El-Sayyed TY 0424 masks and a box they came in, which has Spanish instructions and counterfeit NIOSH labeling.

Tender documents show the ministry sourced the masks from the Egyptian company High Tech For Projects and Trading S.A.E, which imported them from China.

“We are only representing the Chinese company that produced them, and we are the main supplier for the ministry,” a representative of the Egyptian company told ARIJ in a statement.

“The MoHP … obtained all permits for the entry of the masks and their testing through an international company before they were shipped, cleared and received at the ministry’s medical supplies depot.”

But, added the statement, “Due to the passage of a long time, it is certain that the expiry date of this product has passed. Please be careful when using it.”

N95 masks usually have a shelf life of about five years. Because the TY 0424 masks were counterfeit, they did not have a listed expiration date on their packaging.

High Tech For Projects and Trading bought the masks from a Chinese company called Xiantao Fushi Protective Products Co., which NIOSH named on its website as the manufacturer of the counterfeit TY 0424 masks.

Xiantao Fushi did not respond to requests for comment.

Arrested for Speaking Out

The pandemic situation remains bleak for Egypt’s medics and journalists, some of whom have been arrested for speaking out about missing protective gear or criticizing government measures against COVID-19.

Egypt’s public prosecutor’s office warned at the end of March that citizens who spread state-defined “false news” about the coronavirus face a minimum of two years imprisonment and steep fines.

Eight hospitals surveyed by OCCRP, out of 320 that handled Egypt’s first wave of COVID-19 patients, placed orders with the Health Ministry for N95 masks in February and March, according to public procurement data. As of Dec. 15, seven of these requests have still not been approved, according to the Egyptian procurement data website.

One doctor, who asked not to be named for fear of reprisal, said he resigned after medical staff at his hospital were given only basic surgical masks to wear while working with coronavirus patients.

Credit: Sayyed El-Sayyed The boxes that were used to transport the TY 0424 masks, falsely claiming they were N95s.

The Egyptian Medical Syndicate says 239 doctors have died from COVID-19 since the beginning of the pandemic. According to the health ministry, a total of 7,015 Egyptians have died from the disease.

Many Egyptians doubt the official figures are correct but are scared that questioning them publicly will land them in jail, medics and journalists told OCCRP.

“Health care workers in Egypt have been arrested, criminalized, and prosecuted simply for daring to express their personal safety concerns and, in some cases, have been denied access to adequate health care” said Philip Luther, Amnesty International’s research and advocacy director for the MENA region, in June.

“Health care workers in Egypt have to make an impossible choice: risk their lives or face prison if they dare to speak out.”