In late March, a shipment arrived in Romania of a million medical masks — desperately needed goods for a country facing the rapidly spreading COVID-19 pandemic. But relief soon turned to disappointment for medical staff on the front line.

The three-ply polyester masks were “crap,” recalled a health worker who declined to be named for fear of losing his job. “We had to throw half of them away. The elastic would break when we tried to put them on.”

Ion Radu Budae, the manager of Hunedoara Municipal Hospital, around 400 kilometers northwest of Romania’s capital, Bucharest, was more circumspect. “The only problem is that they have no nose reinforcement and keep rising [up the face],” he said of the new masks. 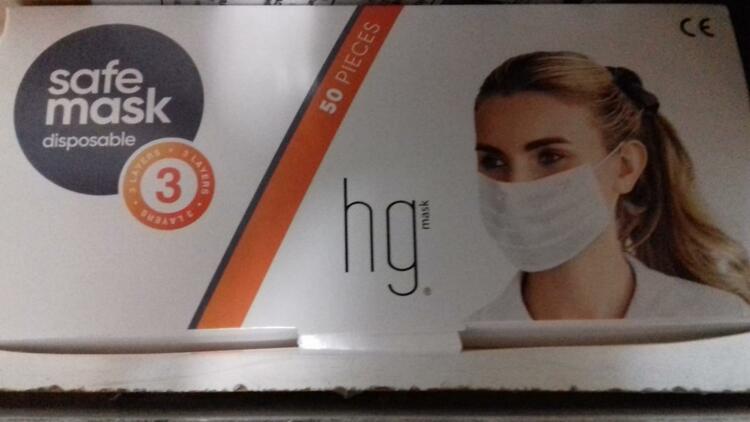 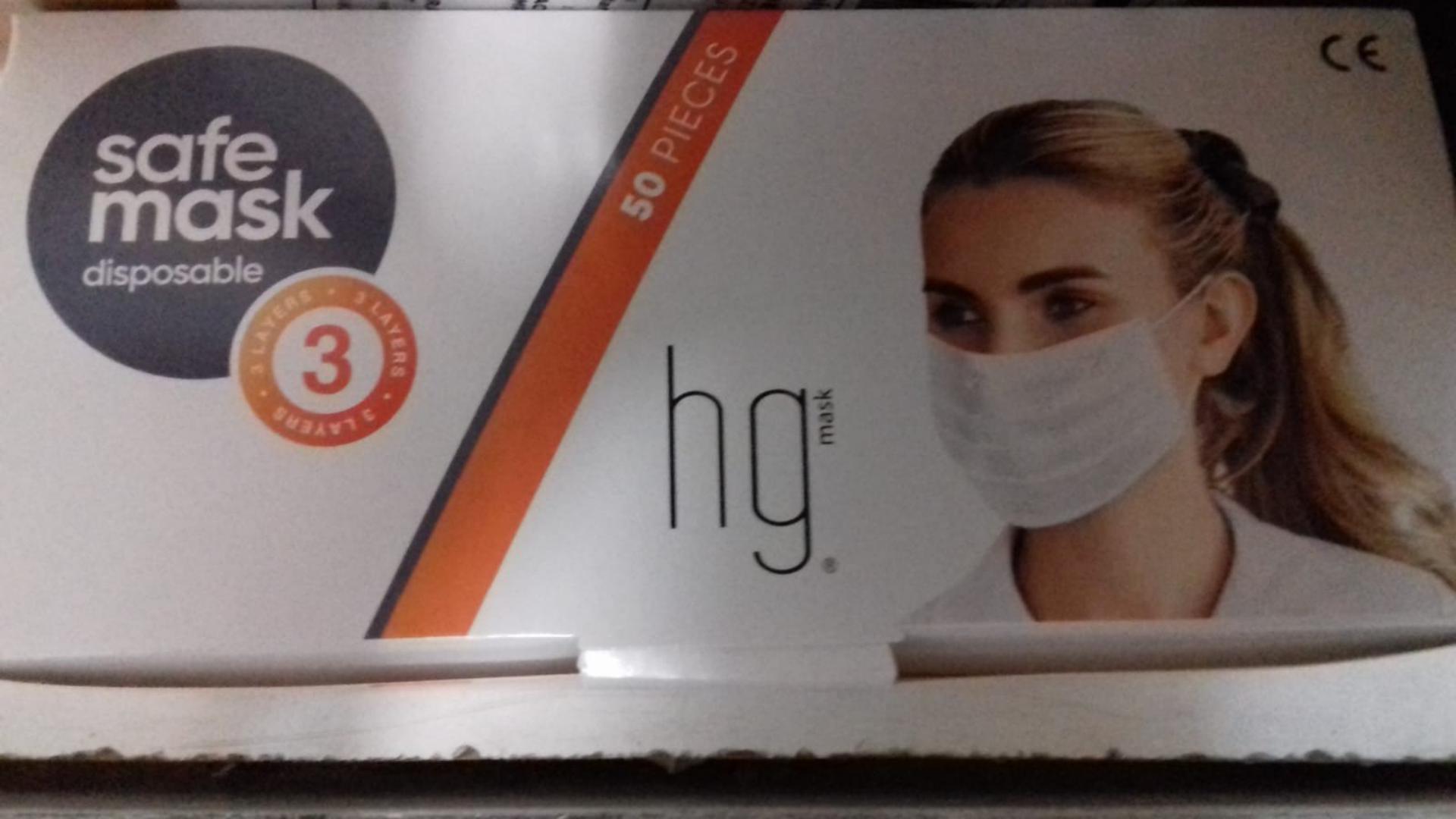 Credit: RISE Romania A box of masks sent to Romanian hospitals in March from a shipment facilitated by B.S.G. Business Select.

But the shipment had one obvious beneficiary: a middleman company controlled by a convicted organized crime associate and ex-employee of a government ministry once run by Romania’s current prime minister, Ludovic Orban. (He told OCCRP he didn’t know her.)

Documents obtained by OCCRP partner RISE Romania show that B.S.G. Business Select SRL secured a no-bid deal worth over 800,000 euros to supply the masks and nearly 26,000 protective suits to Romania’s strategic state healthcare supplier, Unifarm, which distributed them to health facilities across Romania.

B.S.G. was originally set up to sell alternative health remedies. But in March, a majority stake was purchased by Simona Ciulavu, who worked under Prime Minister Orban when he was the transport minister, and has business ties to another former politician, Robert Constantin Ionescu.

The masks were resold at roughly the same amount as the original purchase price. But the suits, which were bought for 7.50 euros a piece, were sold to the state company for 17.45 each — a markup of over 100 percent. Reporters are unaware of any complaints about the quality of the suits.

Adrian Ionel, the CEO of Unifarm, told OCCRP that B.S.G. Business Select was one of just a few suppliers that had sent a price proposal directly to the state company in early March. He disputed that there were any issues with the quality of the goods delivered.

“We’ve been using these masks at Unifarm and none of them broke,” he said. “We wouldn’t put our lives at risk.”

However, epidemiologist Sergiu Tasinschi said that to be effective, medical masks needed to fit tightly to the face — and a wire reinforcement over the nose was critical for that. More than 900 Romanian health workers have been infected with the coronavirus so far.

“The viral load is much higher in a hospital than in an office building,” he said. 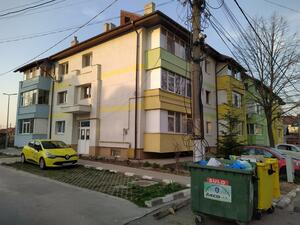 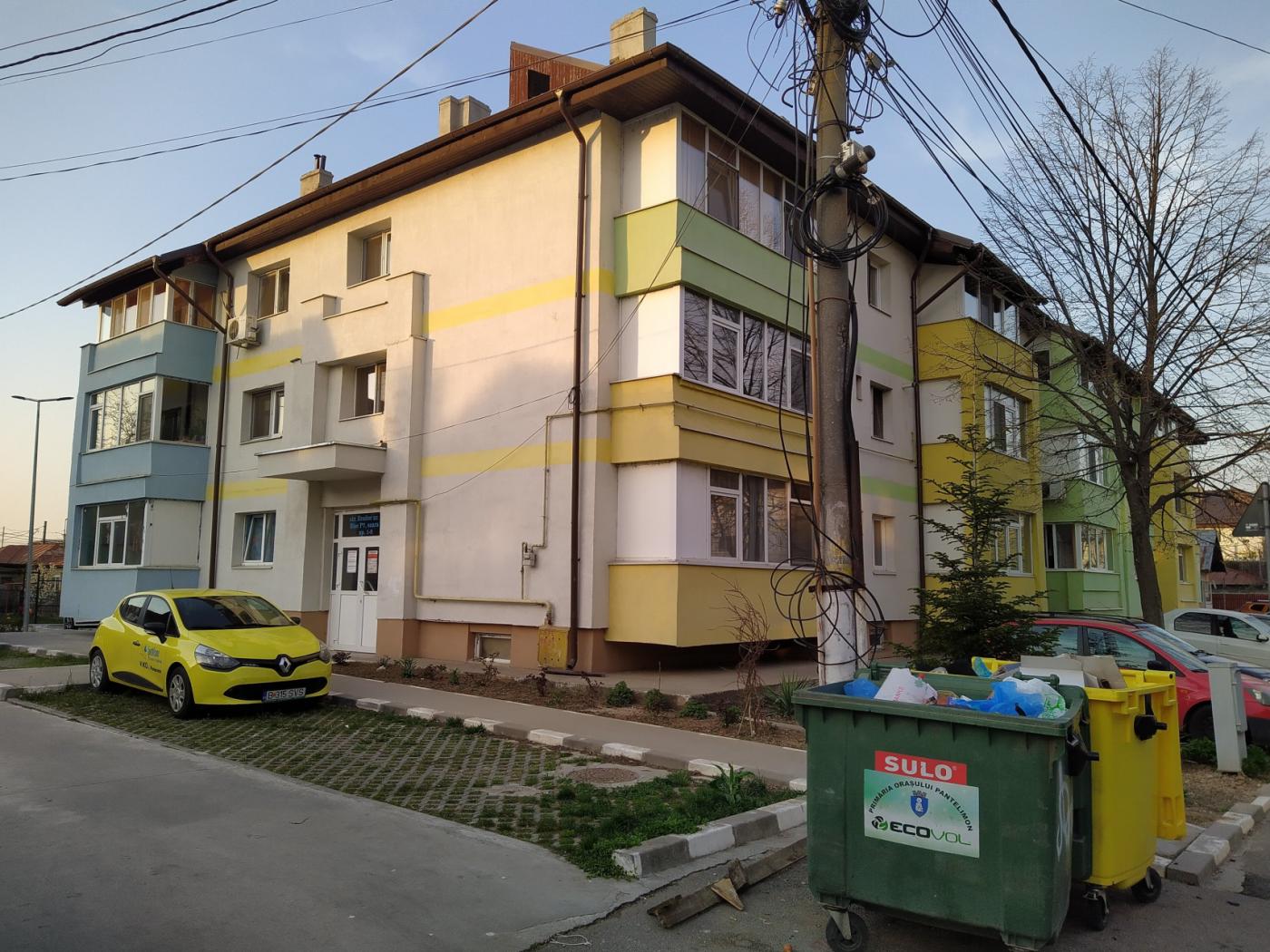 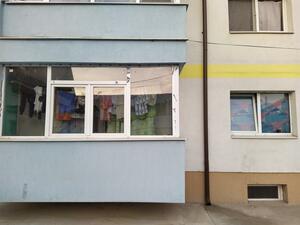 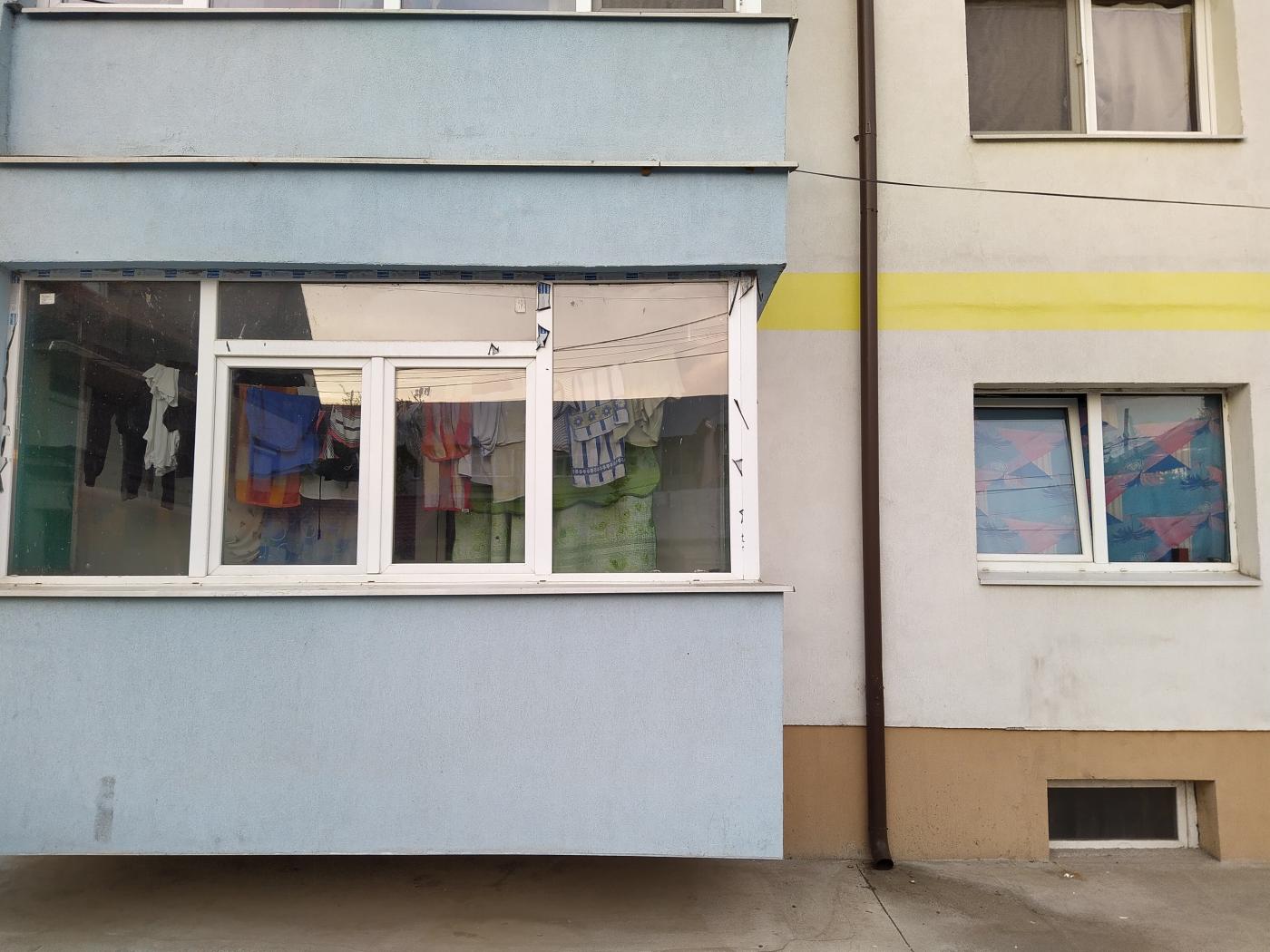 Credit: Ana Poenariu B.S.G. Business Select claims its offices are located inside this residential building on the outskirts of Bucharest. Reporters who visited the premises could find no signs of business activity.

Before that, the company was wholly owned by an Iranian-born man and had registered no economic activity since 2011. It had originally been set up to practice aromatherapy, crystal therapy, and other alternative health treatments.

A journalist visited its registered offices, on the ground floor of a building in Pantelimon, a neighborhood on the outskirts of Bucharest, and found no sign of corporate activity. The apartment’s balcony sported laundry hanging on a clothesline, while its street-fronting window was covered by a sheet.

Its supplier was an Istanbul-based firm that produces clothes and medical textiles. Co-owner Ulku Farimaz Guler confirmed to OCCRP, through a Romanian-speaking employee, that her company had sold the million masks to B.S.G. through another Turkish exporter linked to her business, after receiving a call from “a lady” in Romania. She declined to elaborate on who this buyer was, or provide other information about the deal.

Ciulavu has a colorful background.

She previously worked at Bucharest City Hall when Orban, who is now prime minister, served as the capital’s deputy mayor. In 2008, the year after Orban became Romania’s transport minister, Ciulavu moved to his ministry, taking a job as a financial specialist in a department that handled European funds. 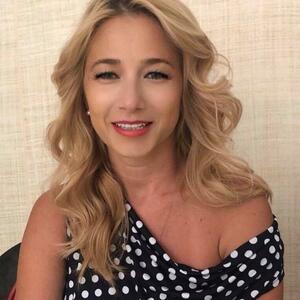 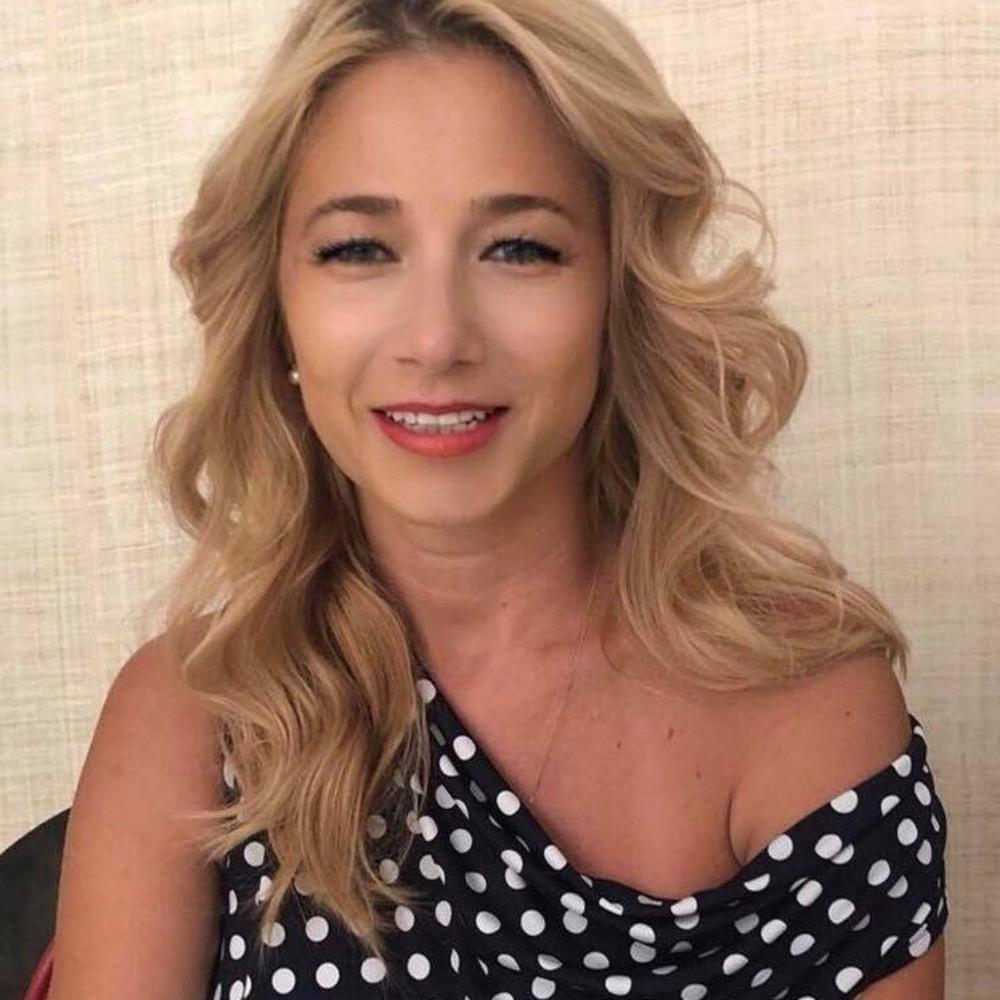 But she lost that job in 2009 after local media revealed that she had been arrested several years earlier, while working as a government economist, for paying members of a notoriously violent gang known as “the Sportsmen” to push a licensed minibus taxi service out of its commuter route so she could take over.

At Ciulavu’s behest, gang members issued death threats to the taxi operators and even beat a driver so severely that he was hospitalized and needed two weeks of constant medical assistance, according to court documents.

Orban’s successor as transport minister, Radu Berceanu, told local media at the time that Ciulavu had been Orban’s protegee.

“Mrs. Ciulavu was a colleague, a good friend and close collaborator of Ludovic Orban in the capital’s City Hall,” he said. “Because of this close relationship and unbreakable friendship, Minister Ludovic Orban took her last year, in May, into the Ministry of Transport.”

Ciulavu’s case spent eight years making its way through Romania’s court system before she was convicted in 2014 for joining an organized criminal group and given a suspended prison sentence. 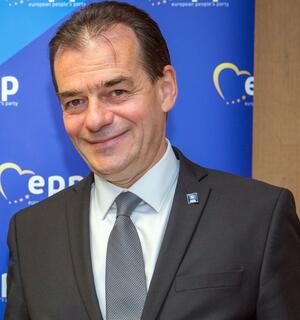 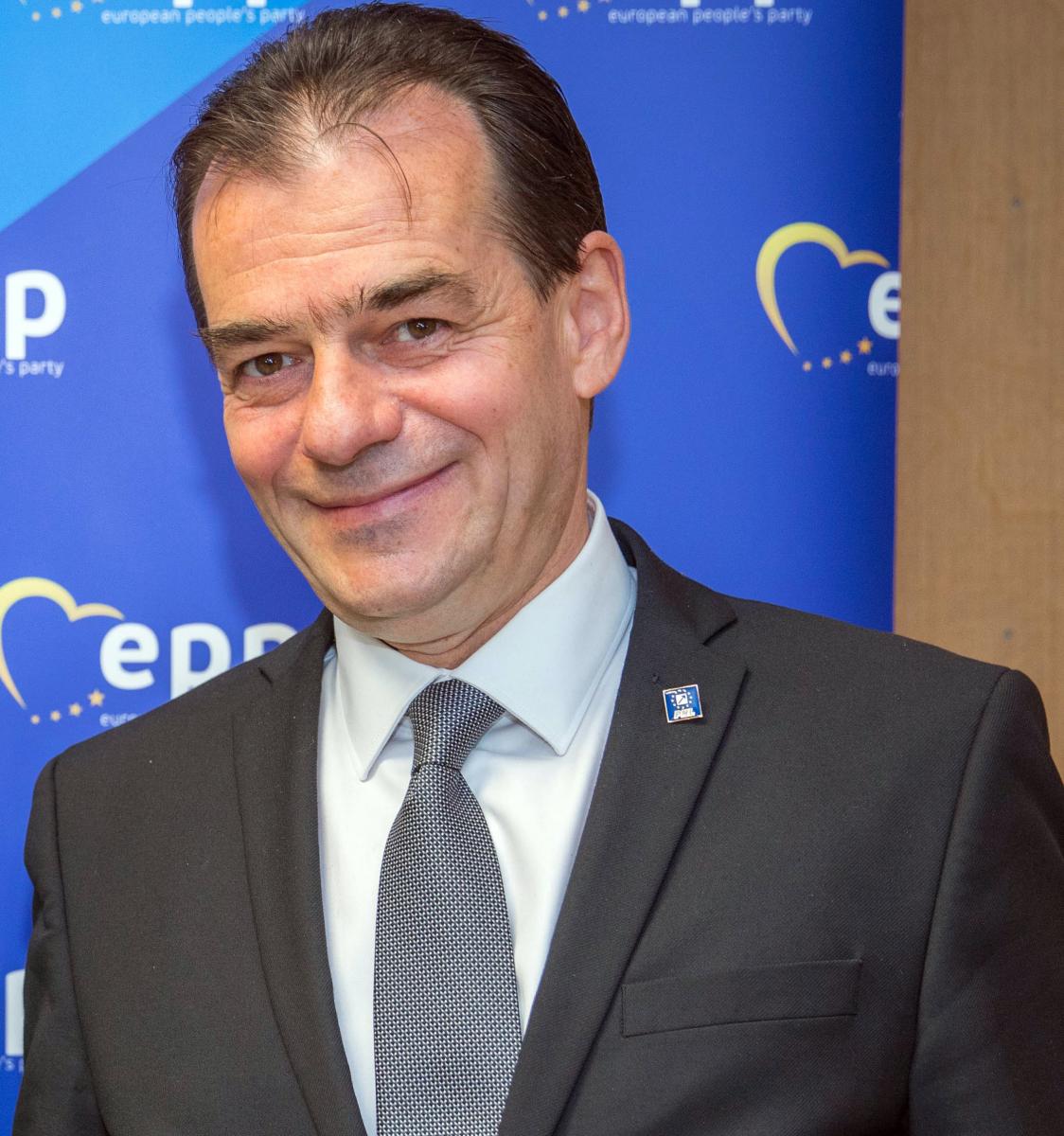 She did not respond to requests for comment. However, Prime Minister Orban told OCCRP that he did not recall Ciulavu and had no relationship with her. The fact that she worked in the same institutions at the same time as him was “a simple coincidence,” he said.

“I have no connection with this person. She did not contact me, I did not have any discussion with her, and once again, the name is not known to me,” he insisted.

“Even if it happened that she worked in the institutions where I worked, I had no connection, neither with the employment nor with [the contract].”

Ciulavu’s mask shipment also made headlines in Romania because it was briefly blocked from leaving Turkey due to a new coronavirus-related export ban imposed by Istanbul, requiring Orban to personally call the Turkish vice president to get it released.

He told OCCRP that this intervention, too, was strictly official. “My request was not related to a particular company, but to the unlocking of contracts that had been signed,” he said. “Do you think I could speak to the Turkish vice president to tell him, you know, I have a contract there?”

On March 19, the same day that B.S.G.’s shipment was delivered to Unifarm, former Bucharest Deputy Mayor Robert Constantin Ionescu took to Facebook to claim credit for the deal — and personally thanked Prime Minister Orban for facilitating it.

Later that night he added more details to his initial post: “Today, I managed to bring from Turkey to Romania (Through BSG Business and Akyle Security), the first shipment of 1,000,000 masks - and suits against Coronavirus!” Ionescu wrote. “Thanks for the absolute support, to the Prime Minister Ludovic Orban and to the General Director of UNIFARM, Adrian Ionel !!!” 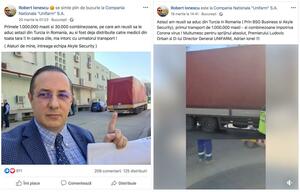 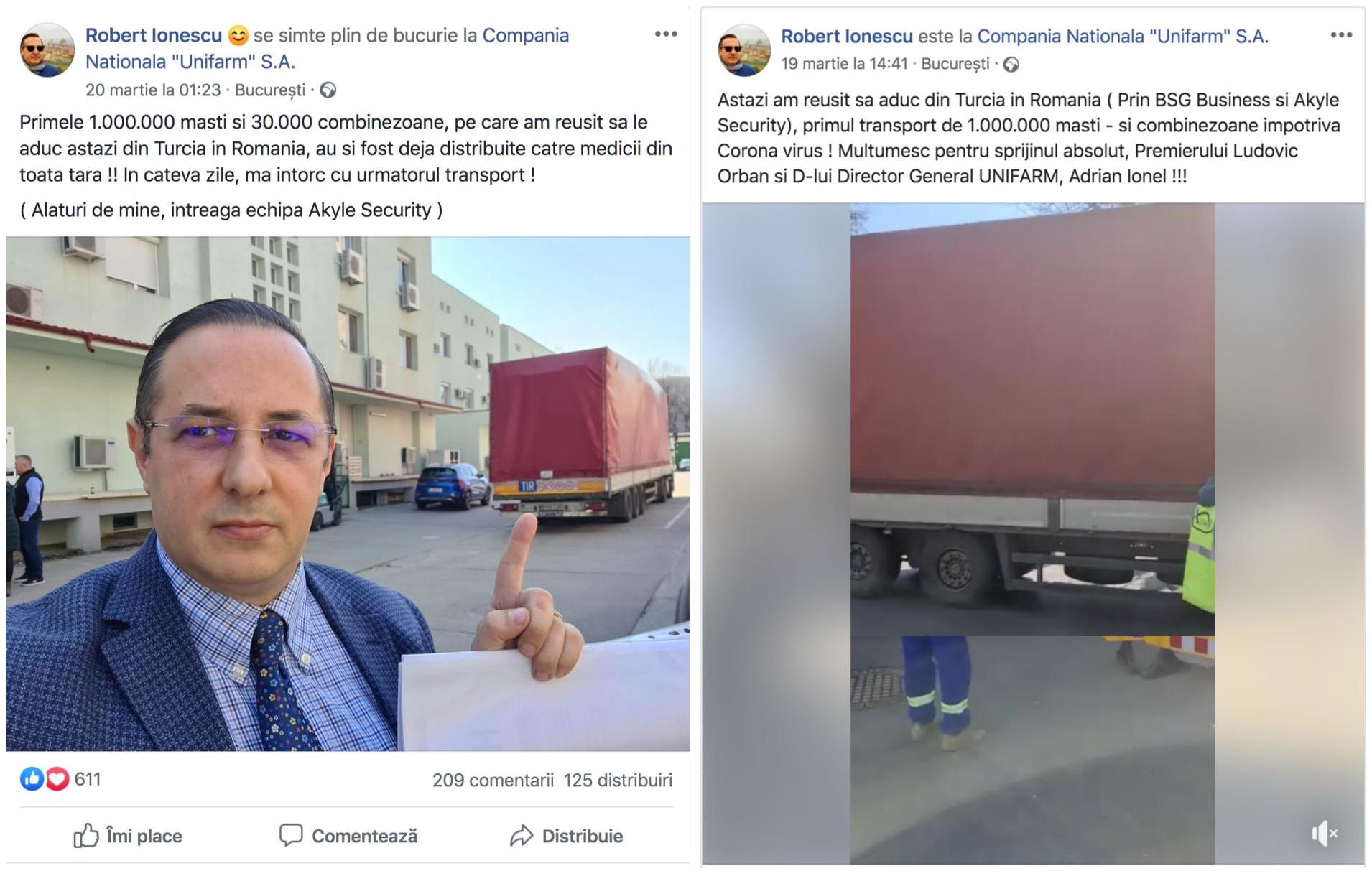 The delivery appeared to be a major achievement for Ionescu. But within two days, he had backtracked.

In a subsequent interview with the newspaper Libertatea, Ionescu clarified that his own company, Akyle Security, had nothing to do with the contract for protective equipment, but was merely a “partner” of B.S.G. Business Select. He claimed he was B.S.G.’s lawyer — despite having been suspended by the Bucharest bar in 2016 for nonpayment of taxes.

In an interview with the same newspaper, Unifarm chief Ionel said he was “not very sure” of Ionescu’s role in the middleman company. Those involved in delivering the masks appeared to “answer to his commands,” Ionel was quoted as saying.

“We are a little confused by this character,” he said.

Orban told OCCRP that he, too, had seen Ionescu’s Facebook post, but insisted that he did not know the man personally. “I have never interacted with lawyer Ionescu,” he said.

Ionescu has other links to Ciulavu. Corporate filings show his own company, Akyle Security, which has lucrative contracts providing private security services to multiple state companies and public institutions, is co-owned by Ciulavu’s sister and the 80-year-old father of Ciulavu’s boyfriend.

That boyfriend, Petru “Pepi” Pitcovici, was an official at Romania’s Anti-Corruption General Directorate, but lost that job after being accused of corruption himself. He was handed a two-year suspended sentence in 2017 for helping deliver a bribe (three liters of whiskey and a bottle of the local spirit palinca) to a policeman in return for dropping a criminal case. 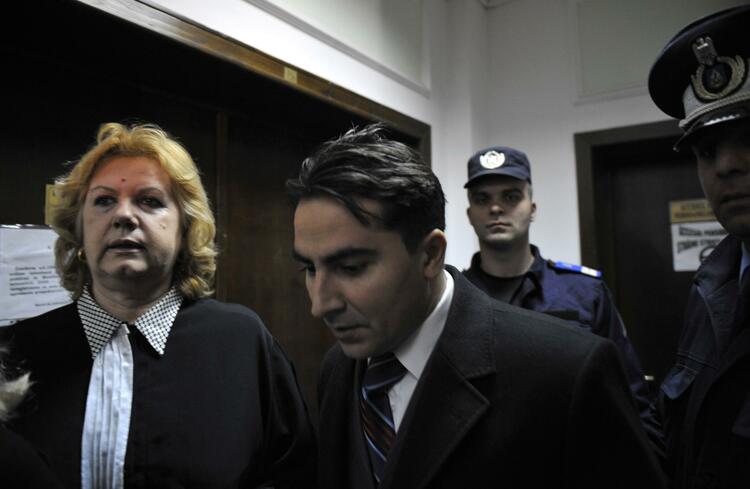 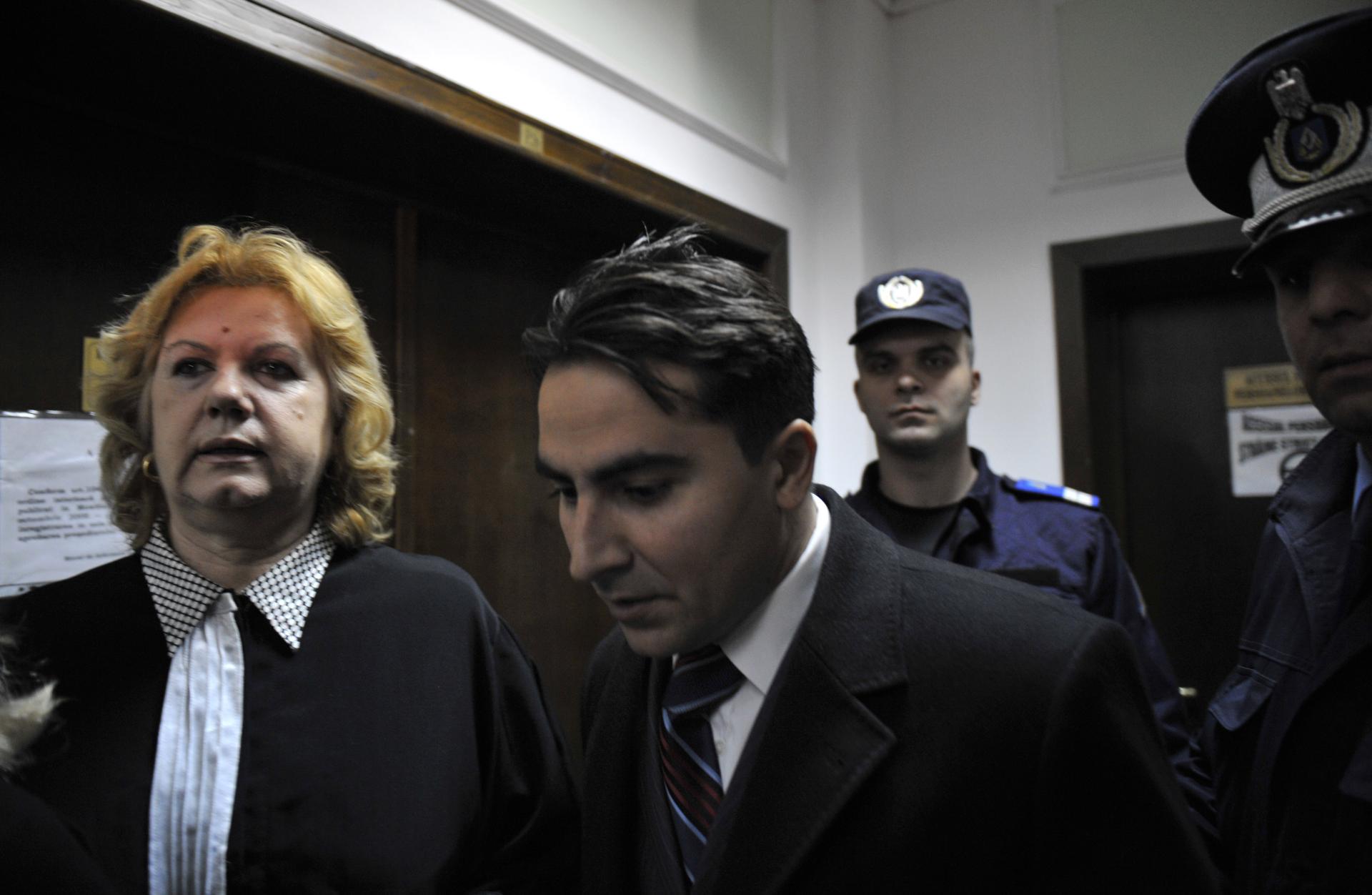 He was earlier investigated for allegedly interfering in a drug case, and was probed over the disappearance of roughly six kilograms of cocaine in a separate drug case. On his LinkedIn page, he lists himself as a legal adviser to Akyle Security.

Ionescu told OCCRP that since imports of protective equipment are “the subject of an action plan of Romanian judicial bodies” during the coronavirus pandemic, he was legally unable to comment on his role in the B.S.G. medical mask shipment.

With or without Ionescu, B.S.G. is still trying to make it in the medical supply business.

The company recently spent nearly 1.5 million euros on another three million masks and 21,540 protective suits from the same Turkish supplier, records show. It is now attempting to sell them through Romania’s public procurement system for 0.72 cents per mask, a more than 70 percent markup from the purchase price.