Inside the Mafia-Run Cocaine Network Shattered by European Police

A two-year investigation culminated this week with 90 arrests, splitting wide open a mafia coalition that trafficked drugs to Europe from across the world. Here’s how the clans ran it. 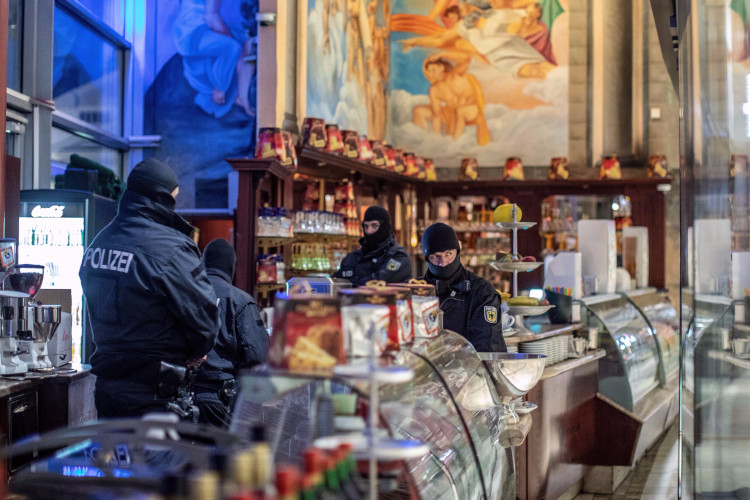 Masked police stand in an ice parlor in Duisburg, western Germany, Wednesday, Dec. 5, 2018 as authorities conduct coordinated raids in Germany, Italy, Belgium and the Netherlands in a crackdown on the Italian mafia. (Christoph Reichwein/dpa via AP)

A lieutenant in one of the world’s most powerful criminal organizations isn’t a man anyone wants to anger, but on Dec. 3, 2016, Domenico Pelle’s temper was on full display.

Pelle was chasing down a retail buyer who owed him 27,000 euros for a load of cocaine.

“I’m going to pull his head off and throw it in the middle of the road,” Pelle promised the wayward dealer’s mother and sisters in the southern Italian town of Siderno.

Coming as it did from the head of the Pelle-Vottari clan — a grouping within the formidable ‘Ndrangheta mafia — it was a threat the family may well have taken literally.

On Wednesday, authorities dramatically curtailed Pelle’s ability to wield such power, arresting him along with 89 others associated with the ‘Ndrangheta on charges that included mafia-type association, international drug trafficking, and money laundering.

The international police operation — the Italian files of which were examined by reporters — shed a light on a multi-million-euro business that smuggled loads of cocaine as large as 200 kilograms from Brazil, Guyana, and Colombia into Rotterdam and Antwerp.

“It is proven once again,” reads the arrest warrant of the Court of Reggio Calabria, “drug trafficking is the core business of the ‘Ndrangheta clans, representing the gold mine the ‘Ndrangheta uses to then invest in the legal economy in Italy and abroad.”

Domenico Pelle is only 26, but he had inherited the command of the powerful Pelle-Vottari clan (often referred to simply as the Pelle) when his father and older brother were arrested one after the other.

In the 1990s, the clan was trapped in a bloody feud with the rival Nirta-Strangio family which culminated, in 2007, in an infamous bloodbath in Germany known as the “Duisburg massacre.” Hundreds of arrests followed, and since then the Pelle have been rebuilding their power and finances.

Yesterday’s joint international police operation shows the extent to which the clan had succeeded, building a European-wide cocaine trafficking and money laundering network that involved members of at least two other clans and a smattering of freelancers. The Pelle had partnered with the Romeo clan and their allies, the Giorgi, as well as independent narcos linked to the Ietto family. 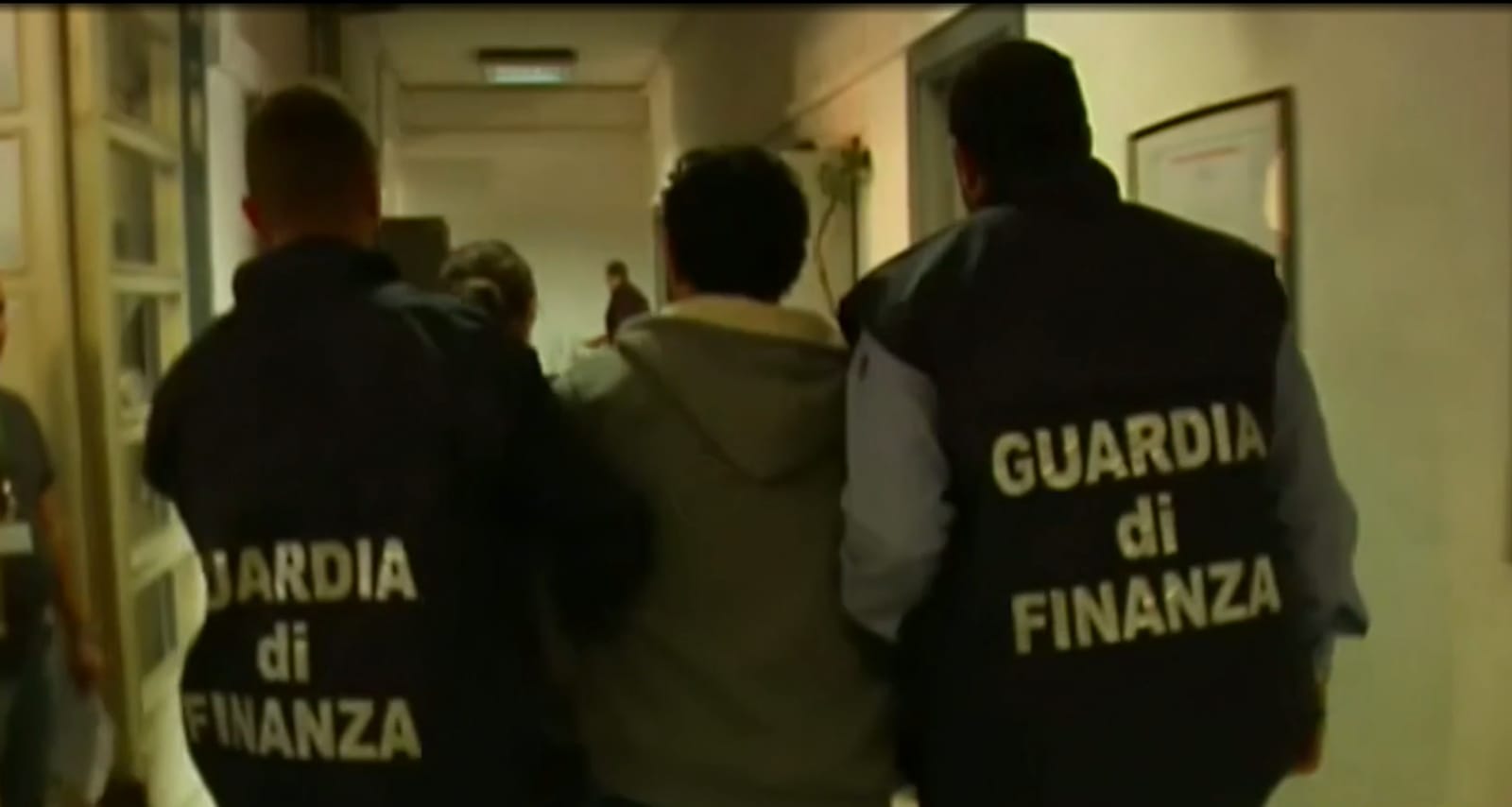 One of the suspects is arrested. (Photo: Guardia di Finanza)

As members of a single mafia, these family-based clans from the mountainous Locride region in Calabria are fiercely loyal to each other. This makes them almost impermeable to infiltration, either from undercover cops or rival criminal groups.

But they have also proven flexible and creative, able to make useful alliances that helped them conquer new territories and find partners across the ocean.

The Pelle had not been known as one of the narco-trafficking families. The investigation shows that they had compensated for their lack of experience by connecting with the other clans. On one side, the freelance narcos associated with the Ietto family have direct contacts in Latin America. On the other, the Romeo have access to ports in Northern Europe that can be used for import.

Last but not least are the Giorgi, who have been trafficking drugs in Germany and the Netherlands for decades, are experienced with transport logistics, and know how to launder money.

The result was a drug trafficking network that stretched from Latin America deep into Europe and smuggled at least 1.7 metric tons of cocaine to Calabria and 800 kilograms to the Netherlands in just two years. The true numbers are almost certainly much higher, as this count is based solely on police seizures and wiretaps.

A Network of Fronts 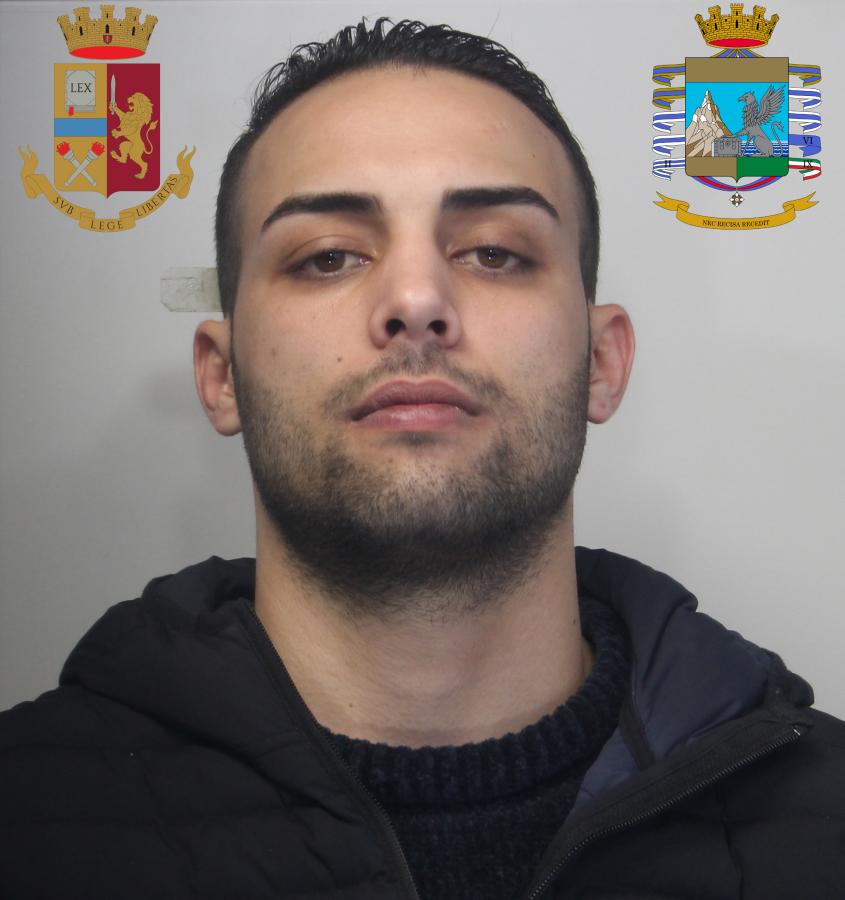 Domenico Pelle in a photo released by the Italian Polizia di Stato.There’s one thing the young Domenico Pelle hadn’t calculated on: the trojan the police had installed on his phone. The software, which secretly recorded not only his phone conversations but even ambient audio, was implanted shortly after his father Antonio was arrested in 2016. The elder Pelle had been a long-time fugitive and among Italy’s 100 most wanted mafiosi.

The clans’ drug empire involved a series of legal businesses across northern Europe.

“We have a gelateria,” Domenico says in one of the wiretapped conversations. “We keep it open only for the expenses.”

He’s referring to what the police say is the Cafè La Piazza in Bruggen, a small German town near Dusseldorf. Investigators have gathered evidence that the ice-cream parlor was used to launder illicit profits.

Another restaurant in the same town, La Piazza 3, was used for the same purpose. Both had been opened by Giovanni Giorgi, a 52-year-old “entrepreneur” sent by the Giorgi clan to build the network of logistics bases and money laundering fronts.

Giorgi wasn’t acting on his own behalf. He was in fact representing the interests of more than one clan, including the Pelle. Domenico Pelle would not appear in any documents as the owner of any of the establishments, but his wiretapped conversations show that the scheme really was his.

“Even if I’m illegal, I’m more of a shareholder than [the proxy owner] ... even if he brags about owning it,” Domenico said.

The cafe and restaurant in Bruggen were two of the clans’ three bases in Germany. The third and most important spot discovered by the Counter-Narcotics Group (GOA) of Italy’s Financial Police was the Leonardo da Vinci restaurant in Wesseling, a small town on the outskirts of Cologne.

Opened by Giorgi in 2013, it was the clans’ main logistical base, serving at once as a meeting point, money laundering hub, and place from which to organize Latin American drug shipments.

Several years prior, Giorgi had opened two restaurants in small Dutch villages — Botticelli in Venray and La Vita in Horst — that performed a similar function.

In addition to logistics and money laundering, Giorgi found other ways to make money from his properties. On at least two occasions, he set fires there to collect insurance payments. Evidence gathered by police also shows that he once sold a property to a local for 280,000 euros and then coerced him into selling it back for just 200,000.

The Pelle-led network stretched beyond Giorgi. Police found that he was working with his nephew Giuseppe Marando, a freelance broker based in Wesseling.

Marando had headed a group of narcos from the Locride region since 2016, when his uncle, a known trafficker linked to the Ietto clan, was arrested in Cologne for trafficking cocaine from Nicaragua.

Since then, Marando has turned into a key man.

As the counter-narcotics group discovered, he figured out how to import cocaine directly from Latin America to the Netherlands or buy it from Turkish traffickers based in Germany.

Marando had established an import channel from British Guyana, where local associates set up a wood exporter called Unique Timber. The company served as a front for smuggling cocaine from the port of Georgetown to Antwerp and Rotterdam. Loads of timber were officially received by a German importer, Rigano Im-& Export GmbH, which had also been opened by Marando.

Using the same techniques, the narcos also imported cocaine from Colombia. German police discovered that Rigano received loads of charcoal — with cocaine hidden inside — from Comercializadora Yotor SAS, a company operating out of the Colombian port of Barranquilla.

The investigations discovered that Giorgi and Marando were assigned these tasks by various clans — especially the Pelle — in order to build a logistical foundation for trafficking drugs across Northern Europe. These bases were then made available to all the narcos in the network.

The network could count on a highly capable man who knew Belgium well: Antonio Calogero Costadura. Born in Genk, Belgium, and of Calabrian origin, the man — called “U Tignusu” (the stubborn) — was the hinge between Marando and the Romeo clan.

In 2015 he got together with three Romeo brothers to form a team called la banda del Belgio (the gang of Belgium). 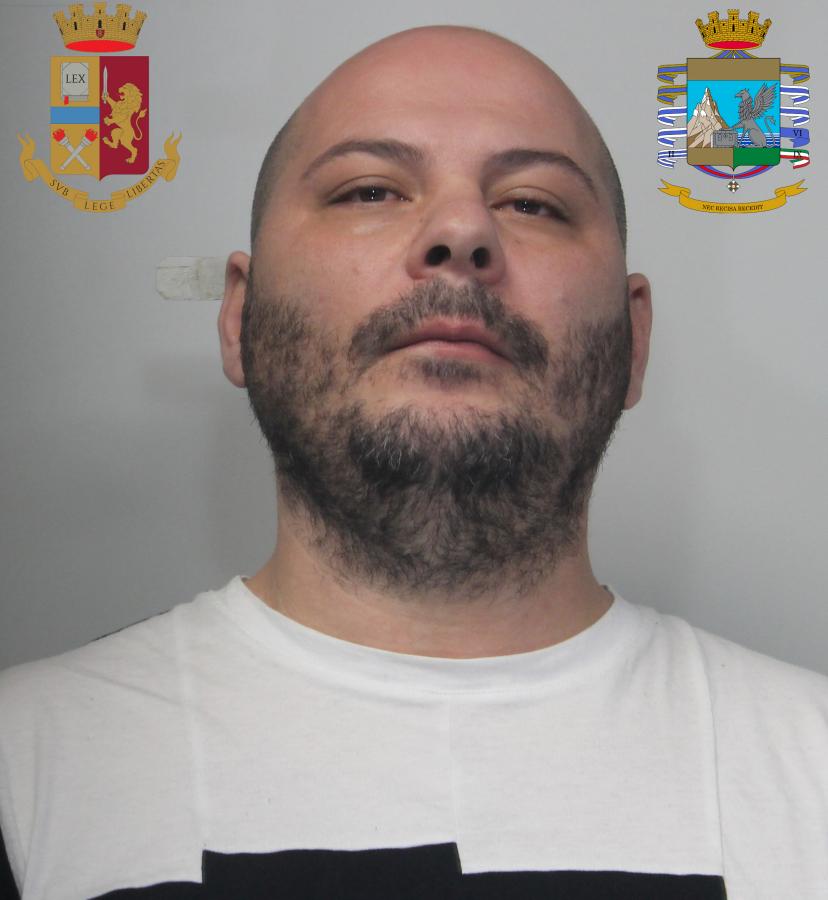 Domenico Romeo, one of the Romeo brothers in the banda del Belgio, in a photo released by the Italian Polizia di Stato.Domenico Pelle, the clan leader who relied on this group, was overheard by police describing them as “crazy and insane.” They were even able to “scare the Mexicans” during a quarrel.

“In the middle of the road,” Pelle said, ”they dragged three or four [Mexicans] with them and started to shoot.”

Based in Amsterdam, the Belgian gang secured hundreds of kilograms of cocaine. They sent some to Italy and stocked it in Calabria; another portion was distributed in Northern Europe.

But the life of a narco isn’t easy.

In November 2016, Pelle was desperately trying to reach Costadura. Before being arrested a month earlier, Pelle’s father had given Costadura 100,000 euros in advance for 57 kilograms of cocaine out of a larger incoming batch.

But the Belgian-born broker had vanished, and after dozens of calls to relatives and associates, Pelle discovered that Costadura had moved to Dusseldorf. As it turns out, he and his Belgian gang had been forced to flee to Germany after stealing 100 bricks of cocaine worth 400,000 euros from an Albanian trafficker.

Domenico Pelle couldn’t believe what one of his associates was telling him. The Belgian gang had escaped and brought the cocaine to Italy.

Meanwhile, his 57 kilograms are still missing.

“I couldn’t get ahold of them anymore,” he tells an associate. “I don’t know if they’re hiding because of me or because of the Albanians. I have no idea what the hell happened. They called me and told me they defrauded the Albanians, and then fled. Filled a van [with cocaine] and fled.”

The Pelle were careful to strengthen their business with backup channels. Narcotics police discovered that they had established a parallel route of import from Colombia in case Marando’s was busted. Two brothers from Naples, the Rubinos, were the suppliers.

Based in Colombia, the elder brother, Serafino Rubino, has been wanted since 2013. Nevertheless, he managed to provide the Calabrian clans with hundreds of kilograms of pure cocaine.

‘Ndrangheta clans don’t usually rely on non-Calabrian brokers, preferring to deal with family members from their home region. This time, however, Pelle made an exception. The Rubinos had apparently been “guaranteed” by a powerful female boss, based in Naples, who had become a good friend of his mother.

The two women had served jail time together and had concluded a pact: to collaborate on an international drug trafficking network. (Pelle’s mother was among those arrested this week.)

The clans’ cocaine empire has now been stricken by the first Eurojust-led joint operation of this kind. Investigations that began in each country independently were merged into one. A contract signed by each party enabled police from four different countries to help one another without having to file formal requests.

This meant that wiretaps, shadowing of suspects, and exchanges of information could happen without bureaucratic delays.

Now that the 90 arrests have been made, it’s time for trials to begin.