Why is Bulgarian Investigative Journalism Site Bivol Being Attacked by Other Media? 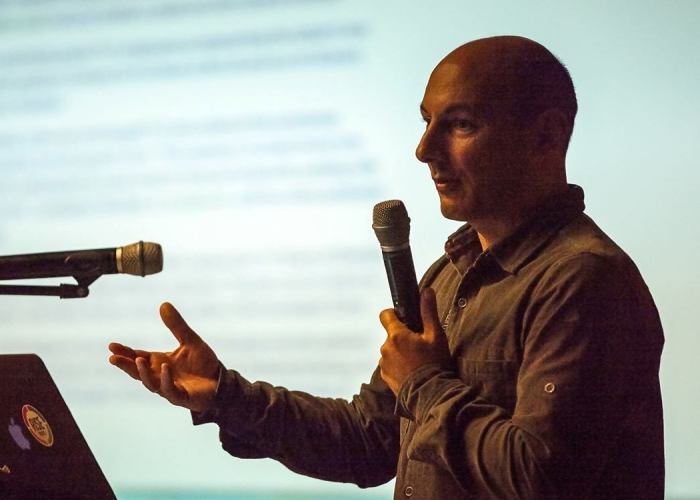 Chobanov and Yordanov say the campaign was sparked by Bivol’s publication of investigations into alleged corruption, the draining of cash from a Bulgarian bank through offshore companies, and abuse of European Union funds. The stories implicate several Bulgarian bankers and politicians, including the Bulgarian media mogul and lawmaker Delyan Peevski.

A wave of damning articles about Yordanov, Chobanov and Bivol have appeared and continue to appear in the Bulgarian weekly Politika (Politics), the dailies Telegraph, Monitor and Trud (Labor) and the news website Blitz. All are either owned and controlled by or linked to Peevski, who is a member of Parliament from the party largely representing the Muslim minority in Bulgaria, Movement for Rights and Freedoms (MRF). 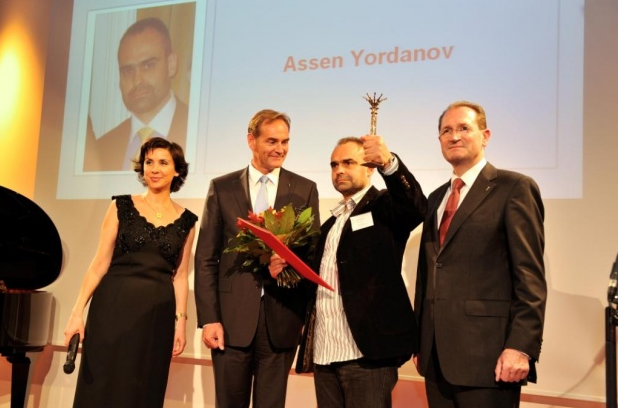 Yordanov received the Leipzig Award in 2010. The articles allege that Yordanov, winner of the Leipzig Media Award (also known as the European Pulitzer) and the only Bulgarian listed in Reporters Without Borders’ “100 Information Heroes,” is using Bivol to publish fake stories with the sole purpose of blackmailing businesspeople and politicians. Similar allegations have been aired on the state-owned Bulgarian National Television.

Bivol, which has run stories about environmental issues, is accused in the articles of serving the interests of fake eco-activists who pose as people concerned about the environment to extract cash from firms that want to build in the Bulgarian mountains and on the Black Sea coast.

The articles denounce Chobanov on a variety of fronts, saying he was an activist for Komsomol (the youth division of the Bulgarian Communist Party) before the fall of the Berlin Wall; that he had aspirations to a political career and had switched between political parties; that he was linked to alleged Bulgarian oligarchs (particularly a businessman whose media strongly oppose Peevski); that he spied for foreign intelligence services; and that he lives a luxurious life in Paris where he milks the social welfare system.

He is described as greedy, aggressive, mentally unstable, narcissistic, disliked and unwanted.

The campaign is unusual in its scale, although similar articles have appeared over the years in fewer numbers. In 2012, after Bivol became the official partner of Wikileaks for Bulgaria, the Bulgarian daily Standard (also linked to Peevski) published an article about Chobanov, hinting that he had written the leaked US diplomatic cables himself, based on rumors, and sent them to Wikileaks. Wikileaks tweeted at the time: “Nasty smear campaign against our Bulgarian partner Bivol.bg”. 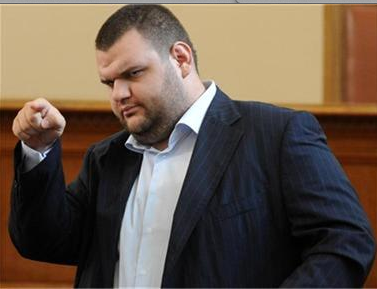 Delyan PeevskiThis month, the media attacks escalated when a TV crew from the Bulgarian TV Channel 3, joint-owned by Peevski, travelled to Paris to show footage of the rented apartment where Chobanov and his family live. The visit coincided with Chobanov’s trip to a conference in Lillehammer, Norway, to represent the Bulgarian investigative journalism community – an absence from home that he had publicly announced in advance.

The negative articles also coincided with the publication of a joint investigation by Bivol and Romania’s RISE Project, also an OCCRP partner, intothe suspicious disappearance of European Union (EU) funds in which the majority shareholders of Bulgaria’s First Investment Bank (FIB) were implicated.

Channel 3’s program director confirmed live on Bulgarian TV that it was indeed investigating Bivol and had sent the crew to Chobanov’s home in Paris. She noted that Bivol had made a similar move when it visited the home of Stefka Stoeva, a Bulgarian businesswoman, to question her in connection with the bank story.

On Oct. 5, in a joint operation with the European Anti-Fraud Office (OLAF) and Romanian intelligence, Romanian anti-corruption authorities arrested several former bosses of the country’s Agency for Payments and Intervention in Agriculture (APIA) in connection with the disappearance of € 26 million (US$ 29.4 million) from an EU food aid program for the poor.

The investigation by Bivol and RISE revealed that this money had been transferred to a Bulgarian company, VM Corporation, which then vanished without delivering on promises to provide flour and cooking oil. Ultimately, it transpired that VM was a shell company owned by a destitute Bulgarian.

After the company won the two tenders, APIA received a set of documents that claimed Stoeva was authorized by VM Corporation to instruct APIA to transfer the money into an offshore account held by VM in Cyprus rather than its account at FIB.

Once in Cyprus, the money disappeared.

When APIA tried to recoup the money by executing bank letters of guarantee issued by FIB and originally submitted with VM’s bid, FIB refused because the money had been transferred to Cyprus instead of the company’s FIB account as agreed in the contract.

Bivol suggests that the very mention of Stoeva by Channel 3’s program director is an admission that the smear campaign and harassment were prompted by its investigation into the scam, since Stoeva was the person who changed the accounts.

Reporters Without Borders and the Bulgarian association Network for Free Speech have condemned the campaign against Bivol. 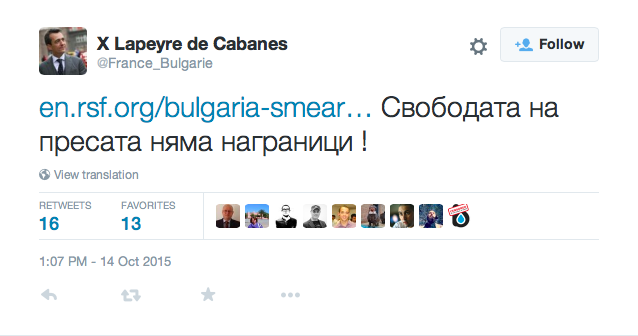 Xavier Lapeyre de Cabanes, the French Ambassador to Bulgaria, shared on Twitter a link to the press release by Reporters Without Borders with the comment: “Press freedom has no borders”. Bulgaria’s Peevski-linked daily Monitor then wrote that his Tweet constituted offensive and unacceptable meddling in Bulgaria’s affairs and media, violating the principles of diplomacy and democracy.

Peevski’s political party, Movement for Rights and Freedoms, was founded to protect the rights of minorities soon after the fall of the Communist regime in Bulgaria. Its founder, long-time leader and Parliamentarian (and currently its lifetime honorary chairman), Ahmed Dogan, later became one of the most influential and controversial politicians in Bulgaria and is believed to pull strings behind the scenes.

In 2007, a commission examining Communist-era documents revealed Dogan as a former agent of the Communist regime’s secret police. He has said on live TV and at an election rally that political parties in Bulgaria, including his own, are financed by "rings of companies" and that he distributes portions of this funding.

Critics say Peevski’s swift rise through politics (he was a deputy minister by age 25), as well as suggestive comments made by fellow Parliamentarians, indicate he is Dogan’s frontman and proxy. The foundations of his media empire were laid in the summer of 2007 when his mother, Irena Krasteva, began buying newspapers and other outlets with funds from the now-collapsed Corporate Commercial Bank (CCB) which was at that time close to Dogan, according to journalistic investigations.

For a long time Peevski insisted that his mother controlled the outlets, though in interviews he called them “my media”.

In the summer of 2015,  Peevski obtained a 50 percent stake in the Balkan Media Company (his mother had previously been sole owner). Also around this time, Krasteva announced that she was buying Channel 3.

In the summer of 2013, Peevski worked a brief stint as chair of the country’s National Security Agency. His appointment by Parliament sparked large protest rallies, which continued for more than a year even after his appointment was rescinded.

Separately, on Oct. 16, 2015, the commission examining the Communist-era classified files announced that it had established that the editor-in-chief of the Peevski-linked Telegraph daily had also been an agent of the Communist secret police known as State Security.