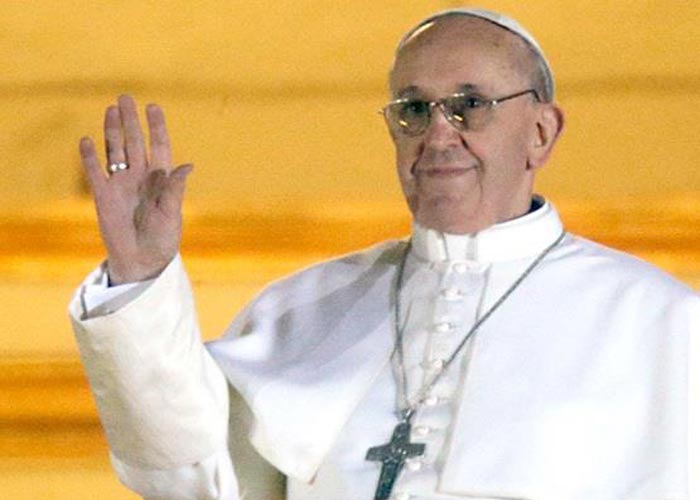 Pope Francis made international headlines recently when he “excommunicated” the Mafia while on a visit to Calabria, a region in southern Italy known as the stronghold of the Ndrangheta crime syndicate.

“Those who in their lives follow this path of evil, as Mafiosi do, are not in communion with God. They are excommunicated,” the Pope told some 200,000 worshippers at a Mass in the small town of Sibari.

Excommunication is an official religious decree issued by the Church to publicly banish a member or a group. It is not a lifetime ban and the excommunicated may be welcomed back if they are honestly repentant.

According to Catholic News Agency, however, the Pope did not really excommunicate any group. His words were not official, just symbolic, to point out the errors of the Mafia.

The Code of Canon Law of the Church lists eight offenses that mean automatic excommunication, including physical assault on the Pope, heresy and apostasy. These are crimes that directly repudiate the religious tenets of the Church. An excommunicated person or group is automatically cut off from the Church and banned from receiving Communion.

In addition to automatic excommunication, which does not require a trial, a second kind of excommunication exists that requires the intervention of a higher Church authority, and involves a trial and sentencing.

Francis is not the first Pope to decry mobsters. In 1993, John Paul II was the first Pope to publicly denounce the Mafia. His criticism was followed over the next several months by bomb attacks, including two directed at churches.

It then took 21 years for another pope to rebuke the Mafia.

What adds intrigue is the relationship between the Catholic Church and organized crime groups in Italy. According to John Dickie, professor of Italian Studies at University College London and author of “Mafia Republic: Italy’s Criminal Curse, the relationship is “as old as the Italian state”, dating to the reunification of Italy in 1860.

The establishment of the Italian state left the Church with only the Vatican City. Before unification, it was a kingdom that reigned over a large area of what is now the state of Italy. The Church was not happy about the loss and it set about in search of a new source of authority.

A warm and stable relationship grew between the Church and the Mafia, says Dickie. Politics and religion powerfully intersected in Italy. During the Cold War, Italy had the biggest communist party in Western Europe, but the Christian Democrat Party (DC) aligned with the Church governed Italy for 50 years.

Dickie says mafia groups are adept at acting like authority figures and a conservative force. He says that in Sicily the DC is infiltrated with such groups. As a result the Church turned a blind eye to the Mafia’s dealings.

Even though Pope Francis did not point to a particular crime group in his speech, his visit to Calabria brought attention 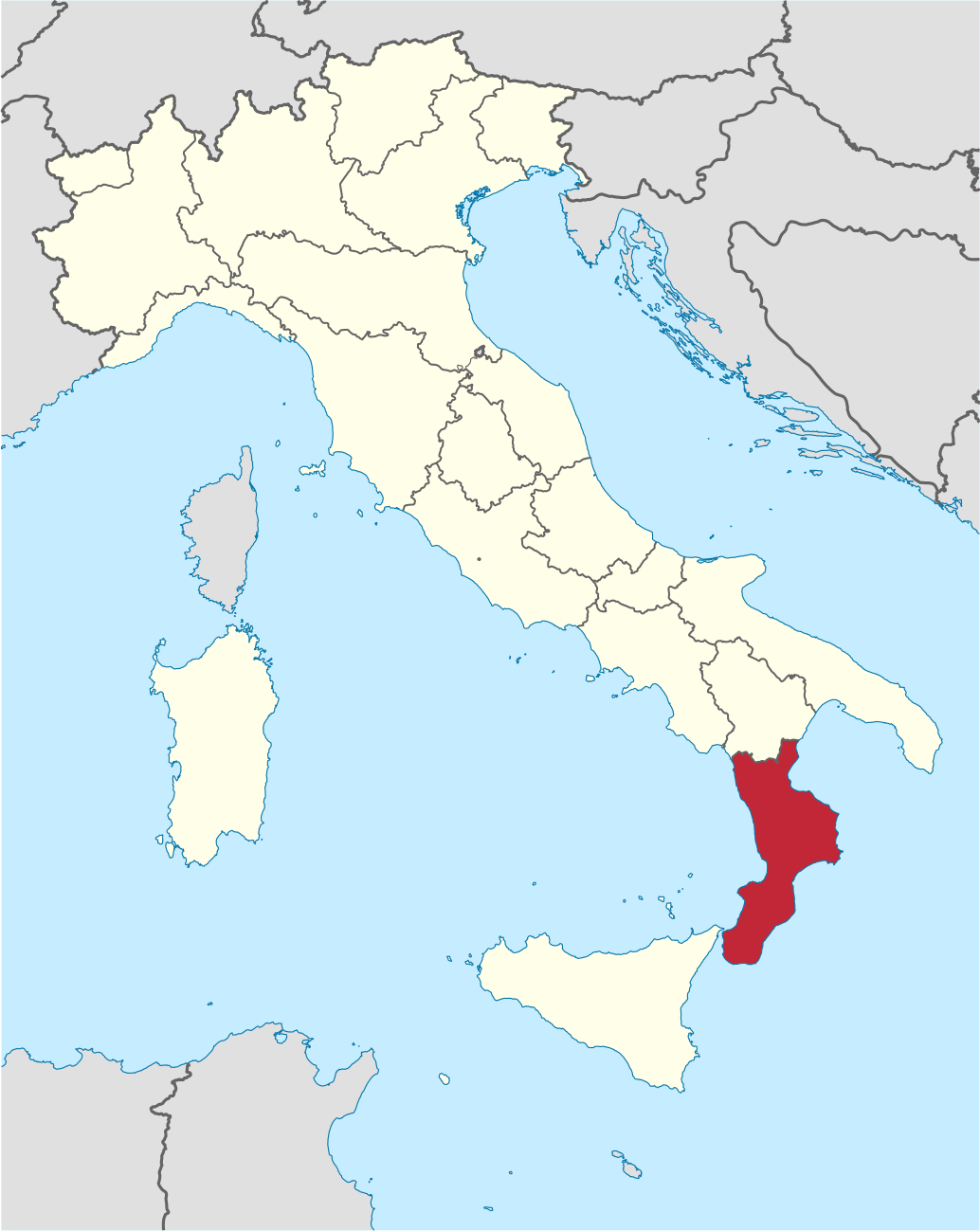 to a crime group whose influence and power spans several continents. His besmirching remarks reveal the extent to which a tightknit and secretive organization, whose main power base still rests in villages and towns in the south of Italy, has managed to become one of the most powerful global players in organized crime.

In a study by TransCrime, Italian mafias make nearly US $15 million every year, of which around US $5.6 million ends up with the Ndrangheta.

It is a shadowy organization that, according to the FBI, is made up of tightknit blood ties and marriages, making it difficult for law enforcement to infiltrate the syndicate. A member of the group risks betraying family members if he informs.A code of silence reigns.

The Ndrangheta have a distinct advantage in the way it conducts business abroad.

A 2013 “Organized Crime Threat Assessment” report by Europol says that, unlike the Sicilian Mafia, which sends emissaries abroad to do its dirty work, the Ndrangheta implants the same type of operational structures in areas not under its control, thereby “pursuing a long-term strategy of progressive infiltration in new economic and social environments.”

The group has exerted influence over numerous other countries, including Germany, Spain, the Netherlands, France, Belgium, Switzerland, Canada, US, Colombia and Australia.

Ndrangheta plays an important role in the wholesale import of cocaine, but more is known about it now and the group has actually been infiltrated several times recently. In June 2013 the alleged crime lord of the Ndrangheta was detained in a shopping mall in Colombia, writes Talking Drugs.The second blow came in February 2014 when the FBI and Italian police infiltrated an international cocaine cartel that involved a Calabria mafia group and New York’s Gambino crime family. This operation stopped the international trade of drugs, weapons and money laundering between three continents, US, Canada, Italy and Latin America.

After the Pope’s harsh words, the state prosecutor in the southern Italian region of Calabria Nicola Gratteri says the Mafia has reason to be nervous.

“Those who have up until now profited from the influence and wealth drawn from the Church are getting very nervous. For many years, the Mafia has laundered money and made investments with the complicity of the Church. But now the pope is dismantling the poles of economic power in the Vatican, and that is very dangerous,” he said to portal Religion News Service.

Dickie says he does not suspect the Church will witness similar attacks to those in 1992/1993. During that time, the Cosa Nostra (Sicilian Mafia) waged terrorist attacks against people in high positions, and many of its leaders received lifetime prison sentences without parole. They no longer operate with such impunity.

Ndrangheta took a different approach. Instead of fighting against the state, it got involved in lucrative business activities and politics. It embedded into the economic and religious life of communities. Certain sectors of communities are dependent on the Mafia, either through family or business ties, and patronage is common. 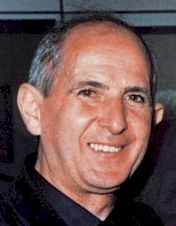 Dickie points out that despite the violence that characterizes the Mafia, most Italian mobsters profess religious devotion. He says it allows them to believe in a higher, noble cause to justify murder, stealing and greed. This makes their authority seem more legitimate.

For the highest religious leader to issue a condemnation means that the legitimacy of the Mafia is waning as the Church’s stance has changed. For one thing, the Church has confronted victims of organized crime, including outspoken priests. On his recent visit, Pope Francis spoke with crime victims. In 2013, the Church beatified a Sicilian priest who was shot in 1993 by the Mafia outside his home in Palermo. Father Giuseppe Puglisi has been called “the first martyr of the Mafia.”