Venezuela: The Battle Against a Corrupt, Authoritarian State

It was supposed to be the day Venezuela celebrates its young people. Instead, three students were killed, more than 70 injured and 146 arrested during protests Feb. 12 on National Youth Day. Activists said President Nicolas Maduro’s failure to control inflation, crime, shortage of basic goods and lack of opportunities for the country’s youth led thousands of people to the streets to protest. 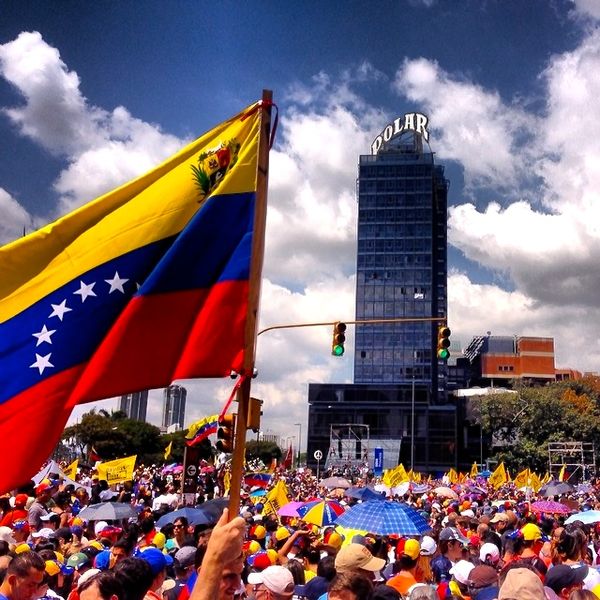 Maduro, the president of Venezuela since 2013, previously served under the late President Hugo Chavez as Minister of Foreign Affairs (2006-2013) and as Vice President (2012-2013). Before Chavez’s death last year, he designated Maduro as his successor.  Maduro served as interim president from March until elections were held in April.

Although Maduro narrowly won the election, the opposition and many international organizations have alleged fraud.

Maduro has remained committed to Chavez’s goal of “Bolivarian Revolution”, the name given to an ideological and social project that began in 1999 and aims at achieving a new form of socialism based on anti-imperialism and self-determination.

Human Rights Watch says that under Chavez’s and now Maduro’s leadership, the executive branch has gained power while the government has lost both accountability and transparency, turning instead to intimidation, censorship and prosecution of opposition forces and other critics.

Last September, the government withdrew Venezuela from the American Convention on Human Rights, which left citizens without access to an international tribunal that could protect their rights.

Political discrimination against workers in state institutions has become a substantial problem. People have allegedly been threatened with being fired if they did not support Maduro, Chavez or the “Revolution”.

Shortages of basic goods became a huge problem as well, to the point where last year there was a shortage on toilet paper nation-wide, as well as milk and other domestic products.

According to Maduro, the protests are an attempt to overthrow his government in a fascist coup d’état, for which he has blamed opposition leader Leopoldo López. The local newspaper El Universal published a photograph of the arrest order against López who is being charged with various crimes including conspiracy, public intimidation, damage to public property, terrorism and murder.

“In these times of struggle against Fascist Aggression and for Peace in our Nation let us remain Loyal to the Legacy of the People’s Bolivarian Revolution,” Maduro tweeted on Monday. 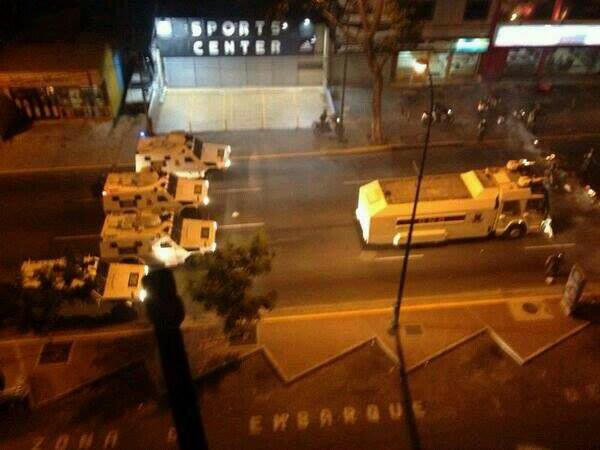 Meanwhile, CNN reports that López has denied any responsibility for the disturbances and said, “I have no doubt that the violence today was the responsibility of the government.”

“Venezuela is waking up, we’ve had enough of so much insecurity and repression on the part of the state’s public authorities and we are tired and showing it,” one of the protestors told Euronews.

As the protests continue, some are peaceful but others involve violence and the use of firearms. There are reports on armed groups referred to as “colectivos” that allegedly operate under the government’s sponsorship to attack the protesters.

Elenis Rodriguez, human rights activist and president of the Foundation for Civil Rights (Fundeci) said, “Impunity covers the use of violence if it comes from ‘chavistas’ (sympathizers of the Chavez regime) … we have seen armed, masked men yet no efforts from the police or state security trying to stop them.”

Police have been using teargas and water hoses in attempting to suppress the demonstrations.

Since Chavez took office in 1999, Venezuela’s media has become increasingly censored, with most channels now owned by the government. One of the last to remain free was Colombia’s news channel NTN24, which last Wednesday was streaming the protests live from Caracas. Later that day the channel was taken off the air throughout Venezuela.

Moreover, the Venezuelan National Guard personally attacked a team of Colombian journalists from Red+ News during last week’s events. Channel director Alvaro Garcia told RCN radio that “[Journalist Juan Pablo Bieri] was covering the demonstrations when he encountered the armed forces, he was signaled out as if they were coming specifically for him. He was taken and held in a tank where he was beaten rifle barrels and his cellphone was taken.”

Twitter reported on Friday that Venezuela was blocking images on its service, the country’s main telecommunications company, CANTV, is government-run and handles the overwhelming majority of Internet traffic.

Nevertheless, international support for Venezuela is still flooding social media, with people all around the world posting pictures and using hash tags like #SOSVenezuela #EstamosContigoVenezuela (we are with you Venezuela) and #VenezuelaSomosTodos (we are all Venezuela).

On Tuesday night in Bogota, Colombia, hundreds of students from Venezuela and Colombia took to the streets with flags, balloons and posters to show their support for their neighbor and to increase international awareness and support.

While the Venezuelan opposition agrees on the corrupt and authoritarian nature of Maduro’s government, they don’t agree on what to do about it, reports the Colombian magazine Semana.

Henrique Capriles, the presidential candidate who ran against Maduro in the 2013 election and has been the most popular leader of the opposition, is urging dialogue with the government and striving for democratic proceedings to obtain official power, as well as counting on international bodies for help.

“When facing insecurity and violence, I am willing to talk and work with whomever,” Capriles said in January after meeting with the president.

Leopoldo López, accused by Maduro of instigating last week’s violence, has voluntarily handed himself to the authorities. He and his deputy, Maria Corina Machado insist that the better strategy is to take their struggle to the streets, in peaceful demonstrations.

López and Machado insist is not possible to talk with an untrustworthy and corrupt government like Maduro’s, which is why citizens must take the struggle in their own hands.