After Lithuania’s Baltic News Service offices were raided in November, the Baltic Center for Investigative Journalism examined “troubling questions on the safety of journalistic sources and how to respond to intimidation from the security services or government agents.” Links to their stories follow. 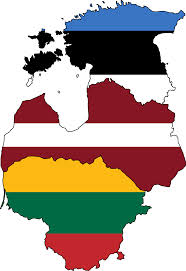 A 2010 law, allegedly created to protect whistleblowers, ultimately may do the opposite: its numerous caveats and exceptions oblige journalists to disclose sources and threatens them with fines and years of imprisonment for failing to do so.

A Summary of Police Contacts with Media in Latvia

In Latvia, there have been numerous instances of law enforcement personnel using criminal and civil law to pressure journalists, bloggers, and editors.

To Reveal or Not to Reveal?

Due to vague laws and an absence of judicial regulation, Lithuanian prosecutors and judges can “deal quite freely with when and how they can require a journalist to disclose a source of information.”