by Sophie Balay and Khadija Ismayilova
Tweet this Share this on Facebook DONATE
Above: The four Azerbaijani Laundromat companies moved $2.9 million through accounts they opened in the Estonian branch of Danske Bank. Credit: Estonian business daily Äripäev / Andras Kralla

They are part of a larger constellation of companies set up by unscrupulous agents to launder and steal large amounts of money. Reporters for OCCRP previously exposed the Russian Laundromat, a fraudulent scheme that moved more than $20 billion out of the Russian Federation, and other, smaller, money laundromats operating in Ukraine. (See: What Is a Laundromat?)

Reporters for OCCRP, the Danish newspaper Berlingske, and their partners found two separate sets of documents for each of the four British companies that make up the core of the Azerbaijani Laundromat: Paperwork they filed with the Companies House, where British company registration records are kept; and the filings they made when they opened accounts at Danske Bank in Tallinn, Estonia.

The two sets tell different stories but have one main thing in common: The beneficial owners and directors listed in both cases are not real.

When registering with the United Kingdom’s Companies House, each of the four companies lists a British address. On the other hand, their records at Danske Bank list addresses in Baku, the capital of Azerbaijan.

Hilux Services LP and Polux Management LP were both registered in Glasgow, Scotland on West George Street but in different apartments. Their Azerbaijan addresses are listed at 115 S. Vurgun St. in Baku.

Both companies show the same shareholders in the UK records, and their bank accounts were both opened by the same Azerbaijani man, Maharram Ahmadov.

Both transferred more than $1.7 billion from accounts allegedly handled by Ahmadov. But Ahmadov is unlikely to be the real person in charge – reporters found that he is a working class driver living in a modest home in the outskirts of Baku.

Credit: OCCRP On paper, Maharram Ahmadov is the owner of companies that sent millions around the world. In reality, he is a modest driver who lives on the outskirts of Baku, Azerbaijan's capital.

Reporters for OCCRP talked with Ahmadov, 51, who admitted being involved with the companies as a director, but said he knew nothing about the financial transactions conducted in his name.

He said he was a driver for a bank in Baku and that people in that bank had made him a director. He added that his documents were held at the bank.

Working for the Aliyevs

The LCM Alliance LLP bank documents list two individuals – Emil Aliyev as a director and Zamina Zamanova as signatory for the bank account. Reporters could not identify Emil Aliyev based on information provided.

But Zamina Zamanova, a public relations manager in the Baku-based SR Group Co., was surprised to learn from an OCCRP reporter that the bank documents show her as signatory. Although her LinkedIn page showed that Zamanova was an assistant director of Kapital Bank (owned by the family of Azerbaijan’s President Ilham Aliyev) between 2011 and 2014, she said it was not her official job.

“I was just helping in Kapital Bank supporting in documentation. Kind of an office manager. Bring this, take that, fill the paper, write this.”

Zamanova made an appointment with reporters for a more in-depth interview, but did not show up. She did not respond to additional requests for information.

According to the UK companies registry, LCM Alliance was dissolved in September 2015. When an OCCRP reporter called the company’s Azerbaijani number, which was listed in its banking records, a person answering the office phone said that the company had been moved abroad, that it no longer operates, and that its former premises have been rented to a tourism company. However, when the reporter later called incognito seeking documentation for a purchase made in 2013, an employee located the relevant details and said they could make additional transfers if needed.

Metastar, too, appears to have been dissolved in January 2016 – at least according to the UK records. But the Metastar office is still operating at its Azadliq Avenue address, although there are no signs on the doors and cameras monitor traffic inside and out. The leaked documents show Elvin Shirinov as a director and beneficiary of Metastar, while employees of the company say he is the boss only on paper.

Shirinov himself answered the phone at the office and was identified as a Metastar clerk by a businessman who has made transfers with the company in the past. Shirinov denied any affiliation to the company as soon as an OCCRP reporter identified herself as a journalist. 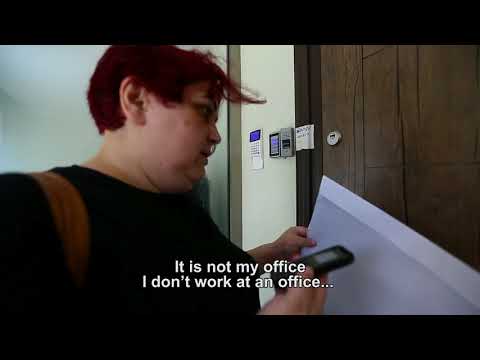 When OCCRP reporter went to the premises to submit an official information request, company employees locked the internal doors of the office.

A businessman who asked to remain anonymous told OCCRP he used to make small transfers through Metastar for buying goods from abroad. He explained that the company he worked for was interested in hiding the real scope of its business to “stay low profile” and to “avoid [having to pay] huge bribes to the government officials.”

He said Metastar didn’t request any documents for his company and that he was able to transfer payments without identifying his business.

When opening their bank accounts at Dankse Bank, the four Azerbaijani Laundromat companies filed information about the origin of their money and their beneficial owners.

Click on the thumbnails below to see what each company filed. 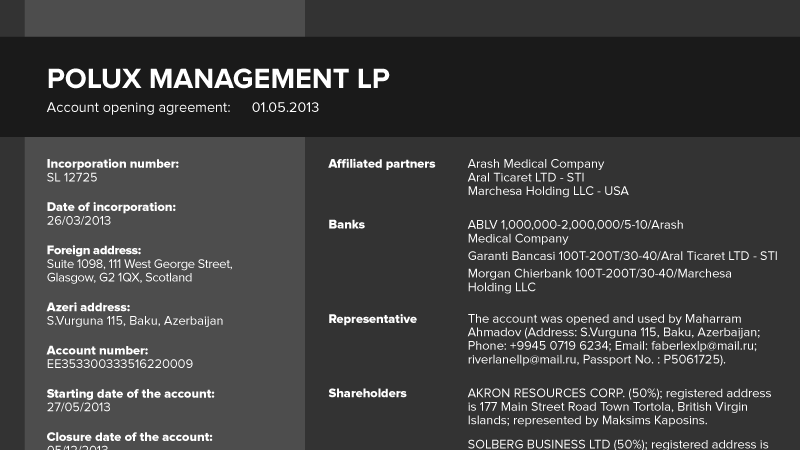 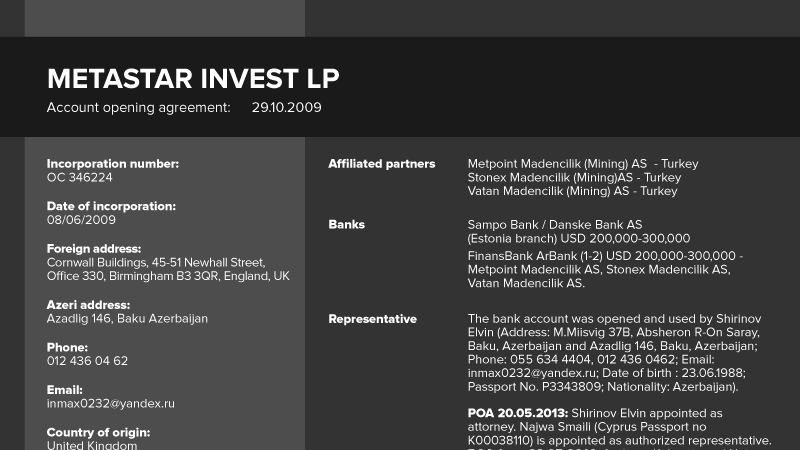 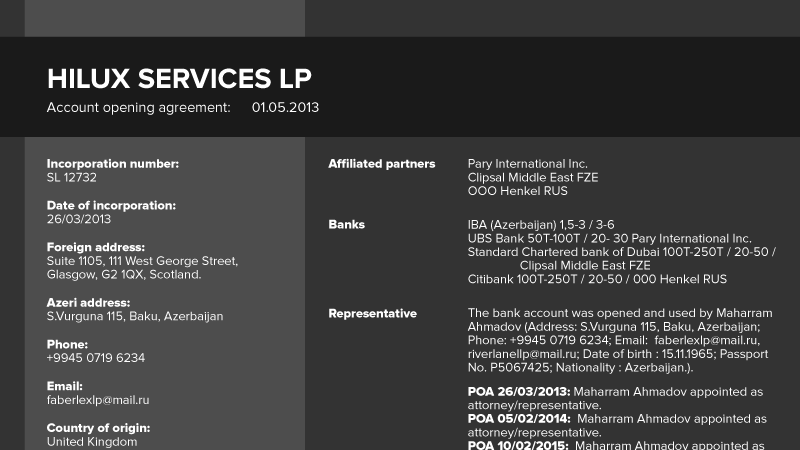 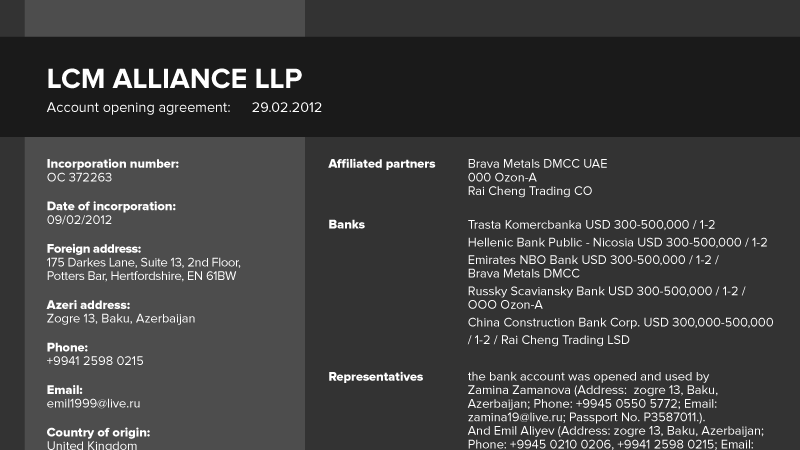