German police this morning launched a raid on properties belonging to sanctioned Russian oligarch Alisher Usmanov on the shore of Lake Tegernsee in southern Bavaria.

Against a backdrop of clear Alpine water and towering green mountains, officers from multiple agencies bore down on several homes and a storage facility in the town of Rottach-Egern, searching for evidence of alleged tax evasion and money laundering.

The most impressive of their targets, an imposing villa that sits on 4,500 square meters of prime lakeside property, is the 69-year-old Russian businessman’s local residence. 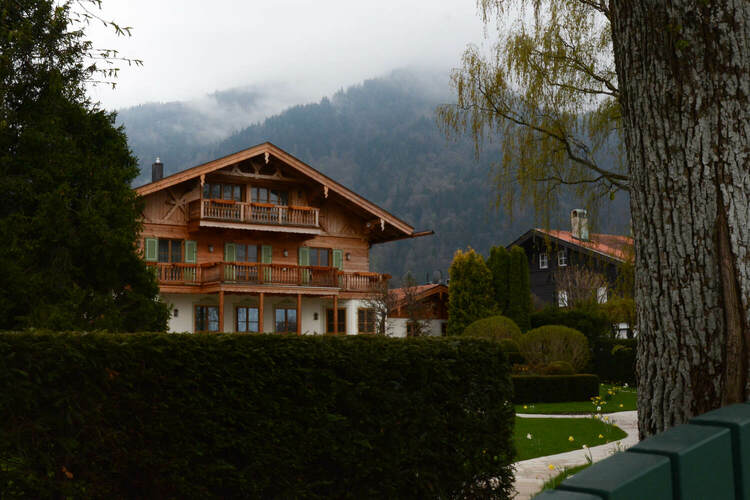 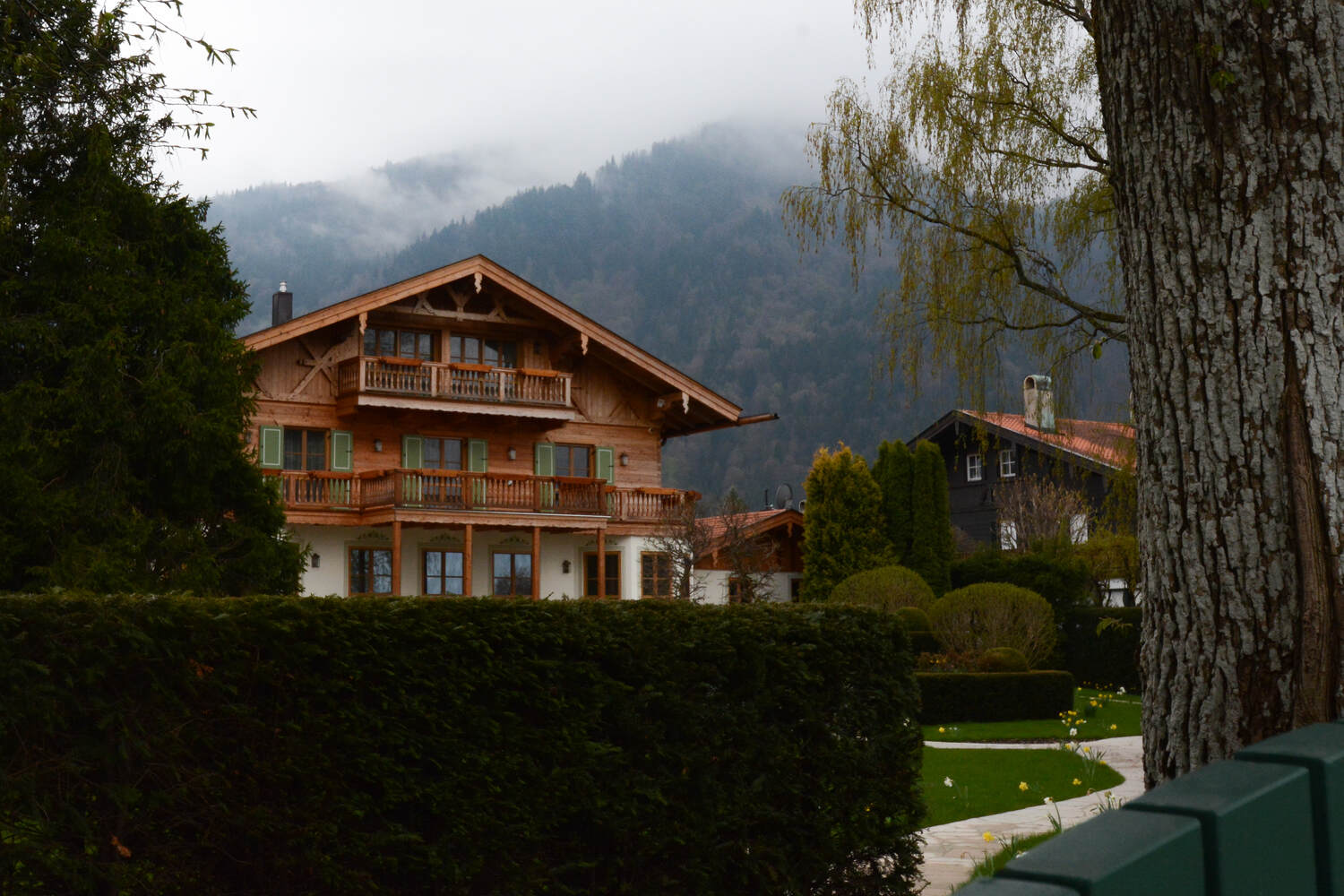 Officers from the Federal Criminal Police Office, Bavarian state police, and a special unit of tax investigators also raided two other nearby houses owned by Usmanov and one of his sisters through convoluted offshore arrangements.

German authorities suspect Usmanov of evading millions of euros in taxes and laundering money into his German properties and his megayacht, the Dilbar — accusations that could mean a serious prison sentence if he is charged and convicted.

Bringing him to trial, much less into a prison cell, may be another matter: The oligarch’s personal Airbus A340 left Munich for Tashkent on February 28, the same day he was sanctioned by the European Union.

These sanctions, as well as those imposed by Great Britain and the United States, followed Russia’s invasion of Ukraine this February and were justified by reference to Usmanov’s closeness to President Vladimir Putin. He and both of his sisters have challenged the EU’s sanctions in court; one of them has since been removed from the list. 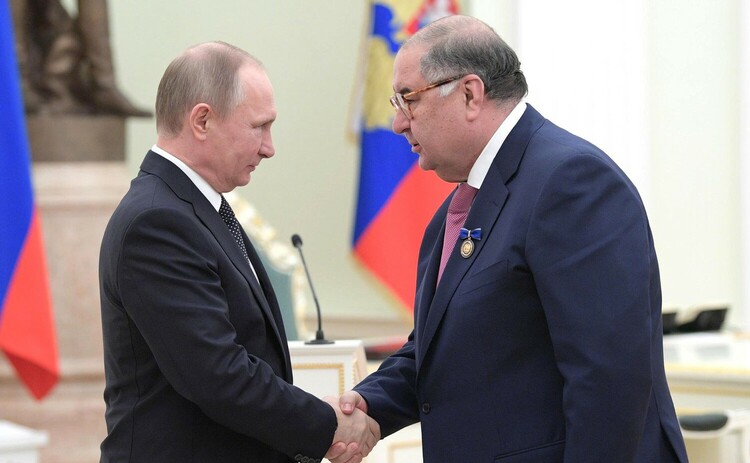 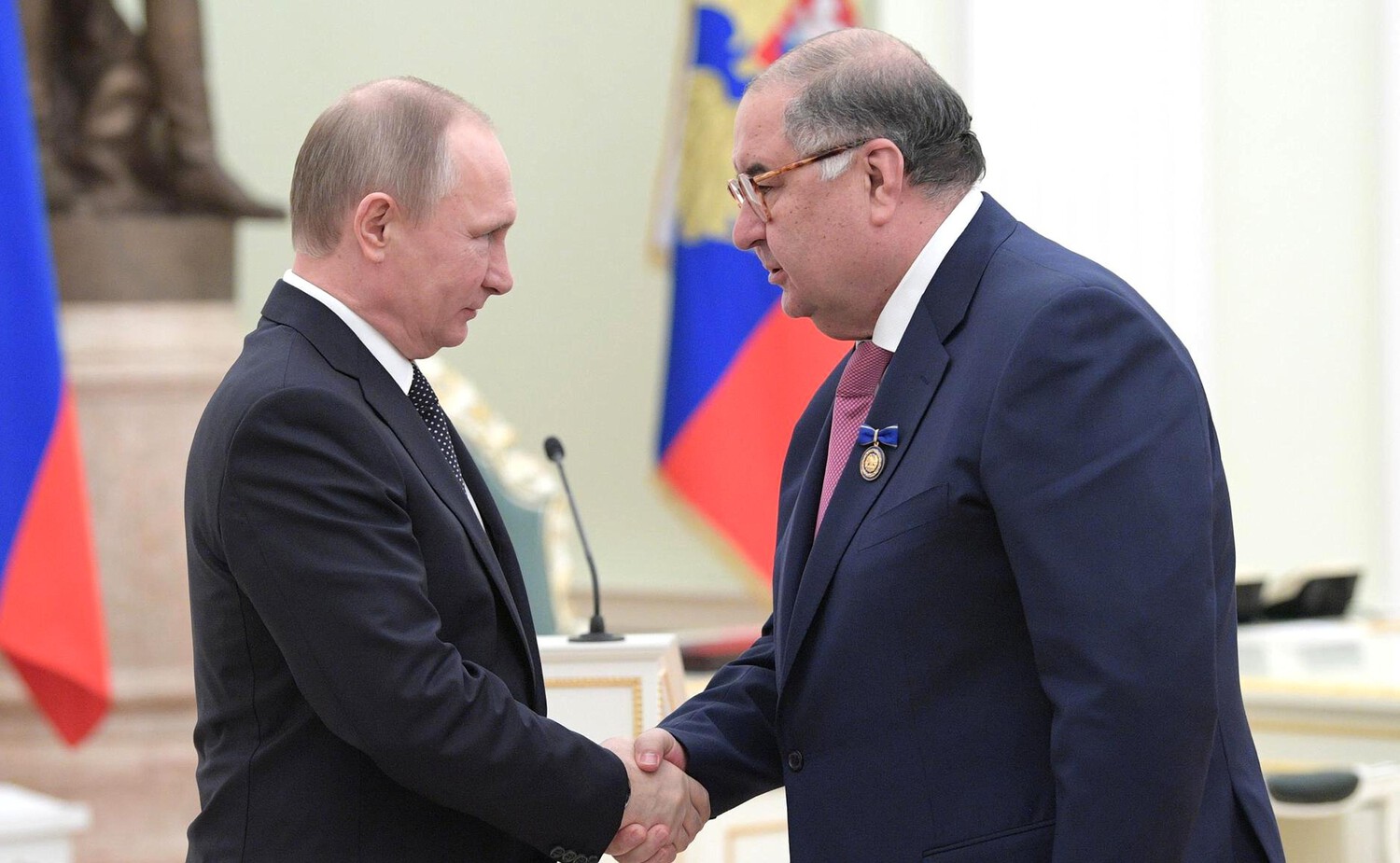 Usmanov is one of the world’s wealthiest men, having made billions in Russia’s natural resource sector and other investments there and abroad. But he has distanced himself from the term “oligarch” and its connotations of corrupt gain, telling the Financial Times in a rare 2020 interview that he came about his fortune honestly.

“No one ever gifted anything to me,” he said.

But in the same interview, he did not deny a conflict of interest resulting from his purchase of steel businesses from Gazprom, Russia’s state gas giant, which had earlier named him head of its investment arm.

A number of investigations into Usmanov have also alleged corruption. In several publications, now-imprisoned Russian opposition leader Alexei Navalny alleged that the businessman deprived the Russian treasury of millions of dollars in shady privatizations and gifted valuable property to then-Prime Minister Dmitry Medvedev. And an earlier investigation by Barron’s found that a top aide to President Putin made enormous profits after giving an Usmanov company a loan that made little business sense. (Usmanov has denied any wrongdoing and won a defamation case against Navalny in a Russian court.)

Outside of Russia, Usmanov is well known for acquiring a major stake in the U.K.’s Arsenal Football Club and for his investments in Apple and Facebook. Multiple publications, including the Sunday Times, have called him one of the world’s most generous charitable givers, spending millions on cultural preservation, sports, social projects, and COVID relief in multiple countries. He is also known for his high-flying lifestyle, appearing in OCCRP’s Russian Asset Tracker as the owner of an English estate, an Airbus A340, and of course his famous megayacht — named the “Dilbar” after his mother. 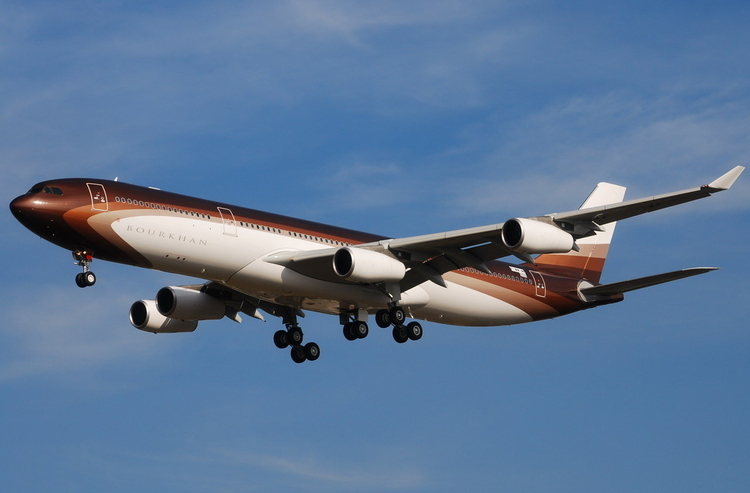 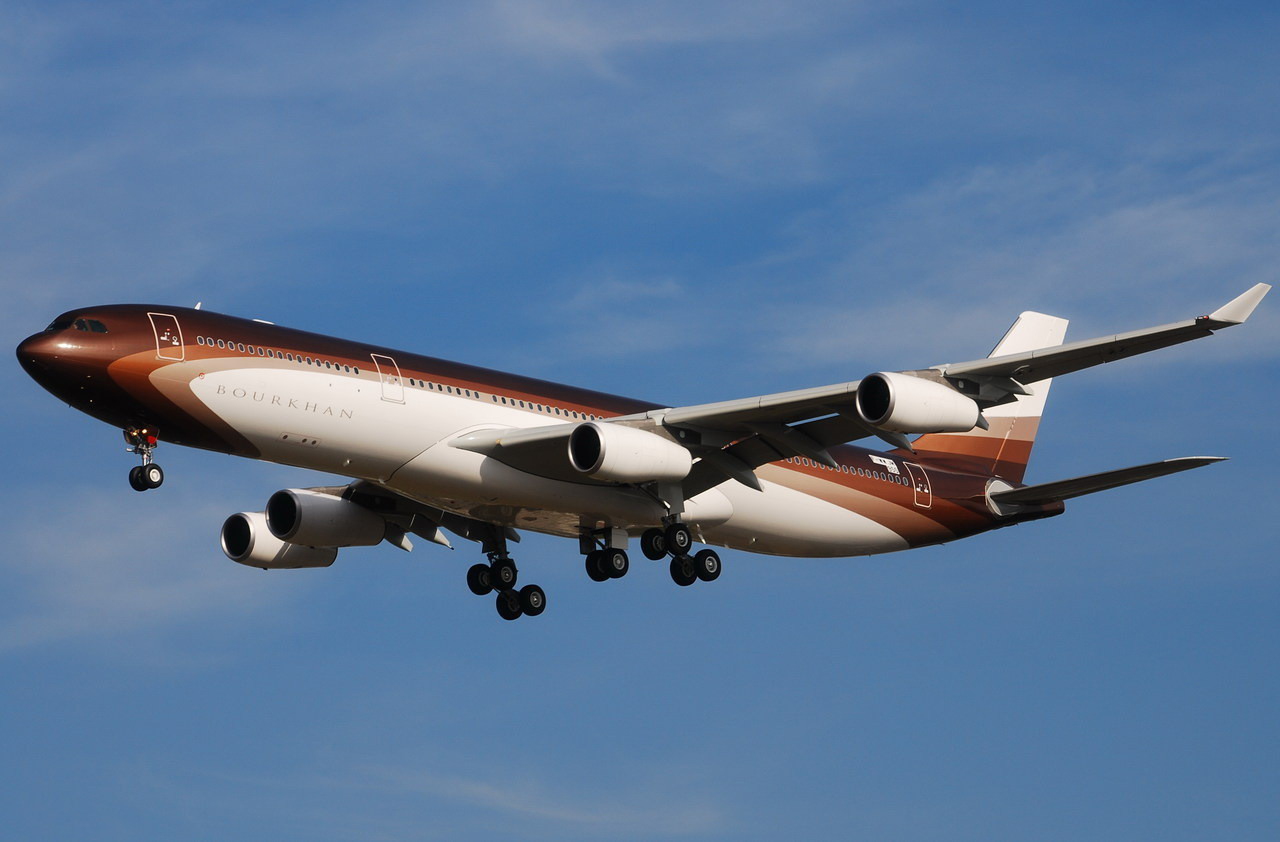 As for the little town on scenic Lake Tegernsee, Usmanov said he was first drawn to the area after visiting Munich for an eye operation in 2008. “The magic of this unique place, Rottach-Egern, is that I’ve felt at home like in Uzbekistan,” he told the newspaper Münchner Merkur, perhaps thinking of his Central Asian homeland’s towering mountain peaks.

He bought his main villa here in 2011, acquiring it through a string of offshore structures that lead through the Isle of Man and Bermuda to a trust benefiting himself and one of his sisters. In subsequent years his offshore structures acquired two more houses nearby, one of which reportedly serves as a headquarters for staff, bodyguards, and drivers.

It is these properties, as well as his main villa and a nearby storage facility, that German investigators are now combing through. Among the items they hope to find are diaries, notebooks, surveillance camera recordings, or any other evidence that Usmanov really did maintain a residence here since 2014, as they believe he did.

At issue is the businessman’s failure to file the necessary tax returns for income and gifts, which he would be obliged to do as a German resident. Among these “gifts” is a share of his enormous holding company, USM Holding, which was transferred to unknown third parties, and his megayacht, the Dilbar, which was placed into a trust whose beneficiary is his sister Gulbakhor Ismailova.

The authorities also suspect that Usmanov may owe taxes on dividend payments he received from his Russia- and Cyprus-based companies and from money he earned selling shares of Arsenal.

Finally, in multiple cases — including his fleet of luxury cars, his “Dilbar” megayacht, and at least the main villa on the Tegernsee — Usmanov is suspected of so-called “hidden profit distribution.” The situation arises from the fact that he did not own these assets directly, instead paying offshore companies for their use, even though he was their ultimate owner. This arrangement creates a tax obligation that authorities believe he shirked by making artificially low payments. 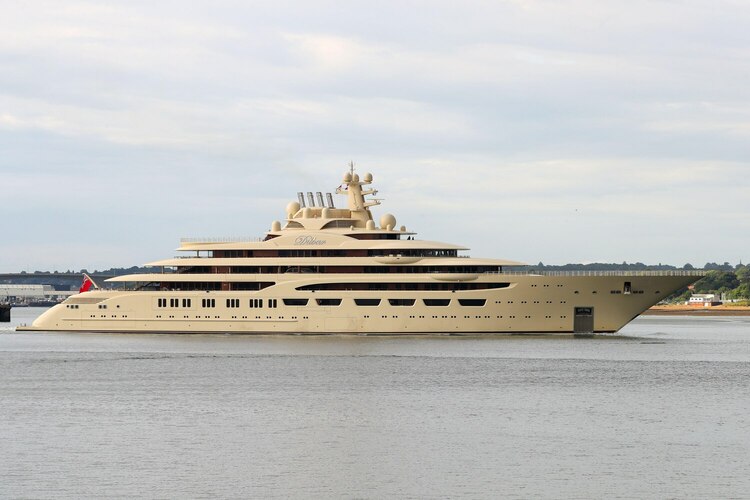 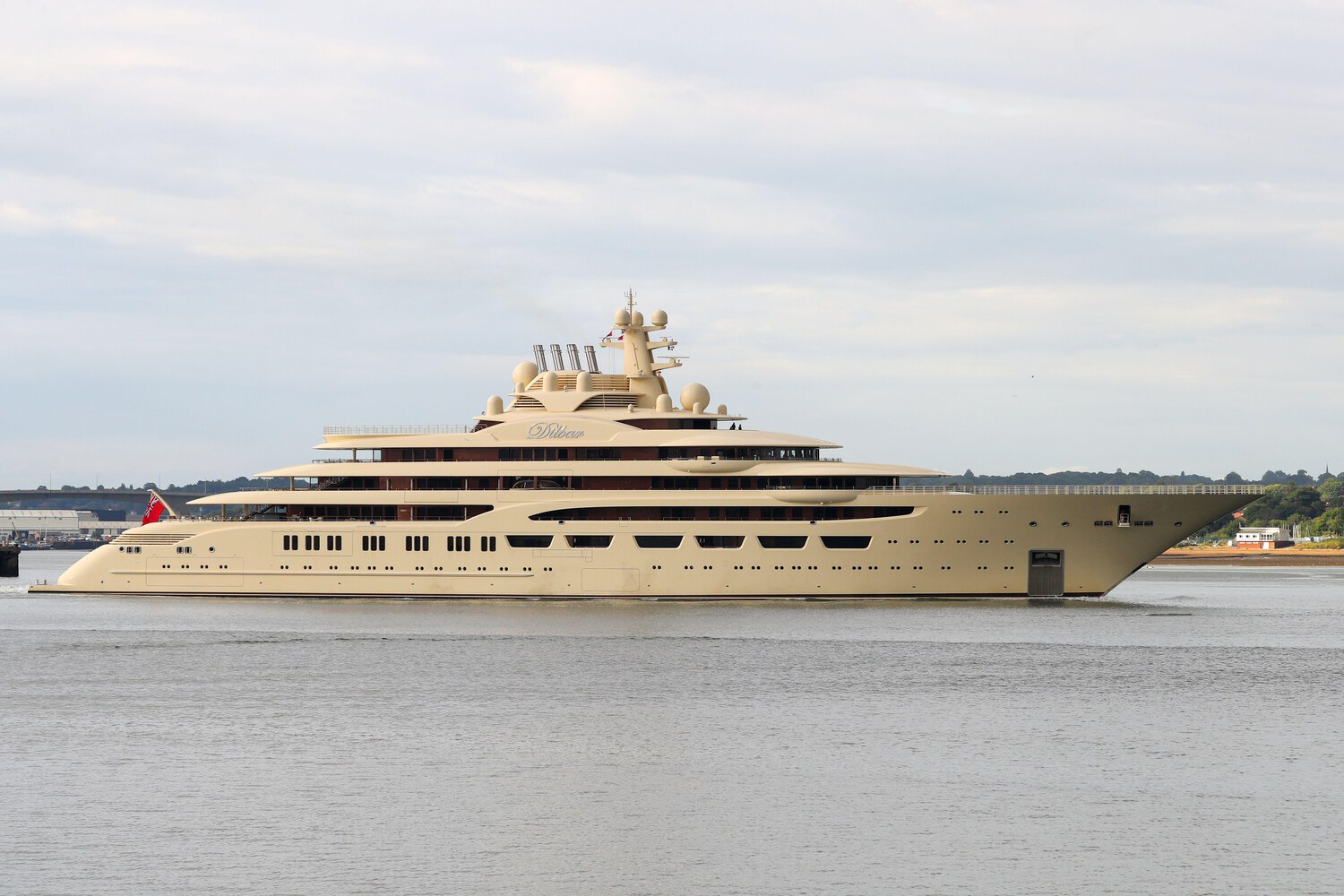 Credit: Stuart Martin/Alamy Live news The Dilbar has two helipads and 60 cabins and is one of the largest yachts in the world.

Aside from taxes, the German authorities will also be on the lookout for financial records, company documents, correspondence, and any other materials that could shed light onto whether the oligarch’s purchase of his various houses, yachts, aircraft, and luxury cars represent the laundering of illicit proceeds.

In response to reporters’ inquiries, an Usmanov spokesman provided a statement asserting that Usmanov “is a lawful and diligent taxpayer and has always paid his taxes correctly and on time.” The investigation was “absurd,” the spokesman wrote, because “during the period in question since 2014, he has been paying taxes at the location of his main portfolio investments, that is, in Russia. This excluded the need to re-pay taxes on income in Germany, according to the double taxation treaty between Russia and Germany.”

The spokesman added that Usmanov has spent most of his time since 2018 in Uzbekistan, that his financial affairs have been audited by major accounting firms, and that he owns no real estate in Germany, since “the properties concerned are in family trusts of which Mr. Usmanov is not a beneficiary.”

Finally, the spokesperson wrote that “It is clear that the motive behind these actions is a desire to put pressure on an internationally recognised philanthropist and patron of sports, who is only guilty for having assets in Russia.”

But in a previous investigation that drew on several large leaks of financial documents, including Suisse Secrets, the Panama Papers, and the FinCEN Files, reporters from OCCRP and the Guardian showed how Usmanov used complex schemes to hide assets in secretive offshore havens. (In response, his representative denied that “Mr. Usmanov has ever distributed his wealth among his relatives in order to conceal it from any governments” and said that this allegation is “baseless and unsubstantiated.”)

For that investigation, reporters examined 11 “suspicious activity reports,” filed before 2015 by U.S. banks who grew wary of Usmanov’s financial transactions. But they were just the tip of the iceberg. German authorities are believed to have received nearly a hundred such reports from leading German banks, including some filed as recently as this year.

Though Usmanov’s transactions drew suspicion, and German prosecutors may gain access to volumes of additional evidence after today’s raid, making a convincing case against him for money laundering in German court could prove challenging. According to German law, a conviction of money laundering requires proving a predicate crime. In Russia, at least, it is difficult to imagine allegations made by Navalny or anyone else being proven in court.

Update, September 22: This story has been updated with a response from Alisher Usmanov’s spokesperson.