Every quarter, members of OCCRP’s Accomplice program submit questions to an OCCRP journalist about one of their investigations. For this edition of Ask OCCRP, Regional Editor Aubrey Belford answered questions about two of his investigations involving U.S. President Donald Trump’s connections abroad.

In September, Belford looked at how a secret meeting at the Watergate Hotel in Washington, D.C., helped cultivate a controversial relationship between Trump and Turkish President Recep Tayyip Erdoğan.

The story grew out of his 2019 investigation into the efforts of Lev Parnas, Rudy Giuliani, and other figures in the Ukraine impeachment scandal to generate disinformation to help Trump’s 2020 election campaign.

OCCRP Accomplices submitted questions about the investigations and Belford’s approach to reporting.

It takes a network to fight a network. So we're enlisting OCCRP Accomplices in the fight for truth, justice, and accountability.

Why weren’t Lev Parnas and Igor Fruman filtered out by security checks? Or have guys like them always been crawling all over Washington, talking to top politicians?

The foreign lobbying business as we know it today is more than a generation old. It’s no coincidence that among the pioneers of this in the 1980s were some of our current decade’s most notorious practitioners of gutter politics, Paul Manafort and Roger Stone. Their firm, Black, Manafort, Stone and Kelly, was infamous at the time for representing such figures as Ferdinand Marcos, Mobutu Sese Seko, Jonas Savimbi, and other former dictators. They were trailblazers, in the worst possible way.

In the intervening years, that brand of lobbying and a new brand of politics have grown in tandem. Standards in U.S. politics are getting lower, while more and more (often foreign) money is sloshing around Washington. Igor Fruman and Lev Parnas were welcomed into VIP political circles because they were cutting big checks, and no one was interested in asking difficult questions.

Has the Trump administration made it even easier for such people to get a foot in the door? Undoubtedly, yes. But it’s a difference of degree, not kind.

Trump came into Washington without much of a network of his own. And so people like Brian Ballard — who was a major fundraiser for Trump down in Florida but not then a major Washington figure — were able to ride on his coattails. But even when they got there, it’s not like they invented an entirely new form of influence peddling. 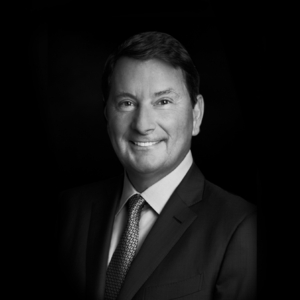 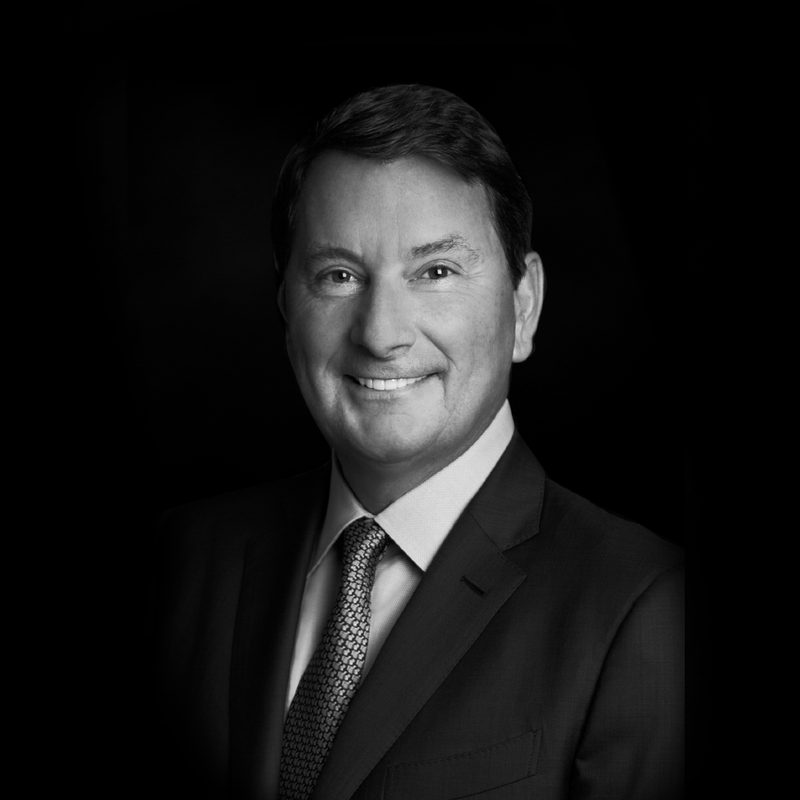 Ballard’s Turkey relationship isn’t so weird in and of itself. What’s interesting is how the relationship came about. The report shows that Turkey has built ties to the Trump administration using an interlinked network of businessmen who often have criminal ties. On the U.S. side, it shows that Trump’s inner circle were happy to accept business handed to them by people who should have raised a lot of red flags.

Unfortunately, the foreign lobbying business in Washington has become extremely lucrative and all-pervasive. At its heart, it’s a trade in which people who have spent years in public service or politics decide to monetize their connections. Their clients range from totally innocuous to outright villainous. There are laws on the books to regulate this kind of activity, like the Foreign Agents Registration Act, but the real problem is that they are seldom enforced.

OCCRP made Lev Parnas a nationally known name, and not in a good way. Why did he agree to an interview with you? 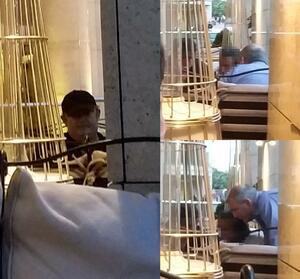 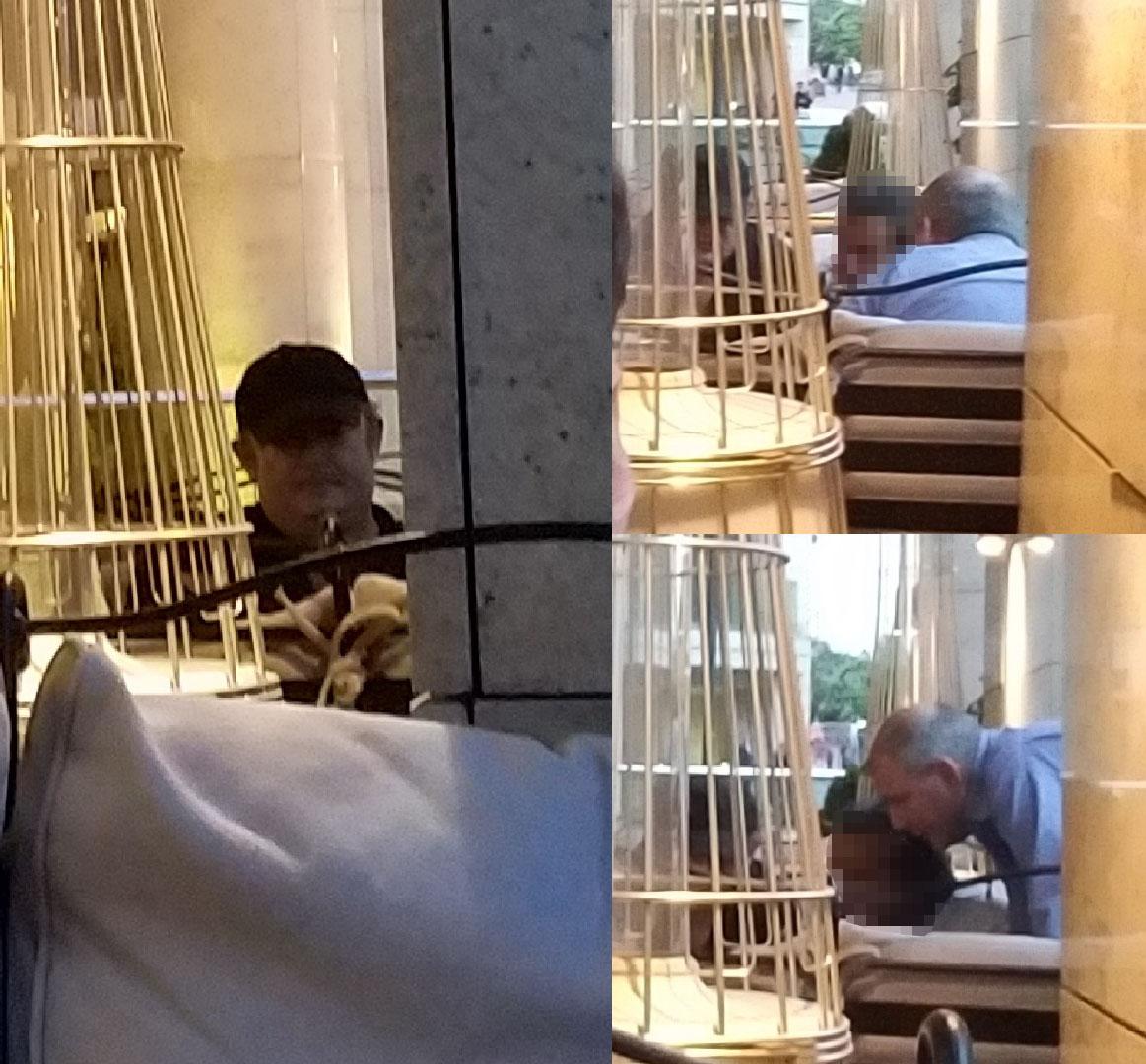 Credit: Aubrey Belford Igor Fruman (in black) and Lev Parnas (in blue) meet at the Kyiv Hilton on May 17, 2019.

The funny thing is that Lev and I have barely talked. Last summer, while reporting on the first Giuliani/Ukraine story, I received a tip that Lev and Igor Fruman were staying at a 5-star hotel in Kyiv. It was still the early part of the investigation, before I was ready to reach out to him, so I went down and found them on the outdoor terrace and took some surreptitious photos. [Editor’s note: Belford is based in Kyiv]. My subsequent text messages to him just got noncommittal replies.

I needed a journalist in the U.S. to reach Lev. So I reached out to BuzzFeed News, an outlet that’s open to collaborating with other news organizations. They sent one of their reporters, Mike Sallah, down to Florida to doorstop Lev. Mike managed to speak to Lev several times, which ended up being key to the Ukraine story.

For the Turkey story, we had a similar sort of deal, with Lev speaking to an American journalist. This time it was Adam Klasfeld, who had gotten to know Lev and his lawyer by reporting on his criminal case.

I can only speculate as to why Lev decided to talk to us for the first Ukraine story, but his motivation for speaking about the second one is pretty clear. He thought he was in the Trump circle, but after he was arrested they threw him under the bus. I think he wants payback and, since there is no possibility of a presidential pardon, he wants to demonstrate to the courts and prosecutors that he is cooperative and helpful and holding on to a lot of useful information that has still not seen light.

How would Trump have benefited from helping [Turkish President Recep Tayyip] Erdoğan get rid of the Halkbank investigation?

No one is exactly sure; we can only guess. Trump has business interests in Turkey. From the accounts of people like John Bolton, it seems Trump really does admire Erdoğan as a tough guy and he feels some sort of affinity for him. But the key thing seems to be that Turkey has been able to argue its case with Trump through several people — be they Brian Ballard or his Trump Towers Istanbul partner Mehmet Ali Yalcindag — that have given money to either Trump’s businesses or his campaign. It wasn’t entirely clear when we first published our story, but subsequent reporting, including by the New York Times, shows what some of the benefits might have been.

Has anyone from the White House responded to your investigations about Turkey’s lobbying efforts or the Rudy Giuliani in Ukraine story?

Not really. The whistleblower report, which led to impeachment last year, contained several footnotes referencing our Ukraine reporting. There was a brief, desultory attempt by Fox News and Breitbart (as well as the lawyers Victoria Toensing and Joe diGenova, who work for Ukrainian oligarch Dmytro Firtash) to paint OCCRP as a Soros/Deep State operation aimed at engineering impeachment. But the line failed to generate buzz, so they dropped it.

You learned about the Trump-Erdoğan meeting in 2017 while looking for other issues. What do you think other anti-corruption advocates are missing as spinoffs from their main investigation?

That’s hard to tell. I think the key is to just hold on to everything and keep going back over it. Corruption is so globalized now that, whether we’re looking at Africa or Central Asia, we often come back to the same names. Sometimes, it really feels like there are only about 1,000 big crooks in the world, and they all know each other. That’s an exaggeration of course, but links do show up all the time in the weirdest places. The key to catching them is to preserve your documents and notes and keep your memory fresh. Most importantly, share as much information with your colleagues as is feasible and safe.

How do you know when a lead has dried up and when to move on to investigate a new topic or individual?

I think journalists often get way too emotionally invested in a topic and spend too much time on it. Or, conversely, we get distracted by the new, shiny thing and lose focus.

I don’t know if I’ve really gotten the sense for it right yet, but there is a certain feeling I know I get when I’m starting to lose the thread. You’ll start off on a promising line of inquiry and all of a sudden you’re uncovering new facts nearly every minute. It’s exhilarating and you follow this path until suddenly it runs out and you look up and realize you’re in the middle of a forest. Behind one of those hundreds of trees the path starts again, but you don’t know which one. So you frantically run from tree to tree searching. For me, that stage of the investigation is when you start looking again at weak links, coincidences, who is whose cousin — things like that. Often you will be successful in finding that path again, but sometimes you won’t. I think the key thing is being mindful of the fact that you have entered into this stage of being “lost,” and being honest with yourself about how much time you want to spend before cutting your losses and going home.