The Macedonian Institute for Media (MIM) awarded the second prize for best investigative story in 2013 to a series of video articles by journalist Menche Atanasova Tochi about pollution emitted by the Feni factory. 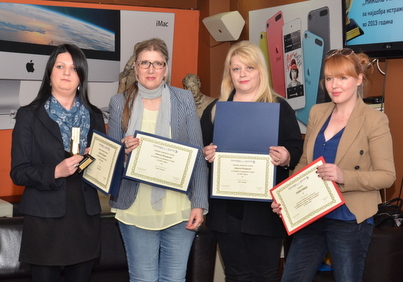 The story, supported by SCOOP Macedonia, was honored because it contains “authentic testimonials of the citizens of Kavadarci, environmentalists and experts, exclusive footage and relevant information obtained from many institutions through a thorough research endeavor.”

After the story was aired, the municipality of Kavadarci took measures to address the environmental and health issues caused by dust emitted by the plant. The Ministry of Environment also said  it would police the matter.

This was the 13th competition organized by MIM to encourage and promote investigative journalism as a defender of democratic values. A total of 21 authors applied with 29 stories covered in 91 articles.

The first prize was awarded to “Focus” journalist Irena Mulachka for articles about an eye doctor from Skopje City Hospital who damaged the sight of about 50 patients through laser cataract surgery.