It started with just a name on a company registration form: Antonino Vadala.

Because that name belonged to a man in business with Maria Troskova – a model turned businesswoman who became an assistant to Slovak Prime Minister Robert Fico – reporters wanted to know more.

That curiosity may have killed Slovak journalist Jan Kuciak along with his fiancée. Both were found shot to death last weekend, plainly at the hands of a professional hitman.

The Vadala family, who hail from a small town on the toe of Italy’s boot, first showed up in Slovakian business records in 2002. According to media reports, another Calabrian family, the Roda, had moved to the country in the 1990s. In their new home, the two families went into business together, took advantage of European Union (EU) farm subsidies, and built a major agriculture business.

Reporters found that the Vadala and the Roda have ties to the ‘Ndrangheta, one of Italy’s most powerful and dangerous criminal groups. It is known for its skill at cheating the EU out of pots of public money, such as farm subsidies.

So, was that happening in Slovakia? It was a logical question for investigative reporters, and that’s what Kuciak was working on when he was murdered. He was shot once in the chest. His fiancée, also 27, once in the head.

OCCRP was not yet ready to publish the story. At the time of his murder, Kuciak was still hunting down missing information and putting together the full picture. But some details about his work in progress has leaked out. Fearing that more reporters could be killed if they pursued his story without knowing the background, OCCRP and partners are now publishing what is already known.

And this much is clear: Significant alleged and actual criminal activity seems to have been undertaken by the Roda, the Vadala, and their business partners.

OCCRP has no evidence that any person in this story had anything to do with Kuciak’s murder. But over the past months, Italian police have warned reporters that some of the people they’ve been asking about are dangerous and potentially in contact with members of the ‘Ndrangheta.

Immigrants to A Strange World

The 1990s were a time of opportunity in Eastern Europe, where years of Communist autocracy had come to an end. But despite rich land and eager workers, business was hardly easy. Rule of law was still mostly a theory, and capital from any source, either foreign or domestic, was scarce in newly democratic Slovakia.

Organized crime groups saw the possibilities and were unafraid of the downsides.

“The fall of Berlin Wall and the collapse of Soviet Union in the 1990s meant the opening of the Eastern European border. This meant new opportunities for the organized crime groups,” says Czech criminologist Petr Kupka.

The Vadala family hails from Bova Marina, a sleepy seaside town of only 4,000. The Rodas came from neighboring Condofuri. These Calabrian villages are in the heartland of the three powerful ‘Ndrangheta clans: the Vadala, the Iamonte, and the Galliciano.

Reporters were struck by the fact that the Vadala family in Slovakia has the same name as the clan that rules Bova Marina, but could not confirm the two are connected.

The ‘Ndrangheta is Italy’s strongest mafia organization – a fearsome group that has grown into a global player. According to the Europol Threat Assessment of Italian Organized Crime published in June 2013, “The ´Ndrangheta is among the richest, most threatening and most powerful organized crime groups at a global level. …The clever use of legitimate business structures created by its Clans permits them to hide the criminal nature of their profits and, combined with corruption, to infiltrate the economic and political environments in which they operate.”

They are also secretive and keep outsiders away. To grow their areas of influence, they export trusted families into new territories who bring with them the same secrecy, aggression, and violence.

The Rodas and Vadalas make up two of five Italian families that now control large parts of the agricultural business in eastern Slovakia. After immigrating in the 1990s, they invested millions into cooperatives. Today, the assets of the two families’ companies are worth almost €100 million (US$ 122 million).

Kuciak was killed before he or his colleagues had proven any involvement by the Vadalas or the Rodas in organized crime. Though reporters had found ties between the two families and the ‘Ndrangheta, they had not obtained definitive proof that any money the families’ had invested in Slovakia was linked to the criminal group.

Brothers Antonio and Diego Roda came to Slovakia in the 1990s and now run a slew of agricultural businesses in Michalovce, a town of 40,000 near the country’s borders with Hungary and Ukraine.

The family owns 19 farming and cattle breeding companies worth over €40 million. According to statements Diego has made to Slovakian media and photos posted on his Facebook profile, he owns at least three red Ferraris. At the same time, his employees have publicly complained about months worth of late wages.

The Rodas have amassed other unpaid debts as well. According to official data, almost all their companies owe taxes to the government and legally mandated social and health insurance benefits to their employees.

Afoul of the Law Back Home

The Roda family has a number of connections to the ‘Ndrangheta. In 2007, Pietro Roda, one of four Roda brothers, was investigated by the Antimafia Directorate of the Calabria region for “having a mafia-type association.” In Italy, it is illegal to be a member of a mafia group, and many mafia figures are charged with this crime. Prosecutors alleged that he belonged to the Iamonte clan of the ‘Ndrangheta.

According to the investigation, he was involved in livestock trafficking – an operation that illegally imported animals for the clan. Live cows were transported from Slovakia and processed in slaughterhouses run by the family. In this way they got out of paying taxes and evaded health and safety regulations. Police said the Iamonte clan also pressured local butchers to buy their meat.

Pietro Roda allegedly provided fake certificates for the smuggled livestock to make it appear as if they were legally owned by his farm.

However, in a 2010 trial, the mafia charges against Roda were dropped and turned into lesser charges of criminal association, as well as the crime of tampering with the ear tags that identify cows. He was sentenced to five years in prison, though it is unknown how much of it he served, if any.

Less than three years later, Pietro Roda got into trouble again. In May 2013, he was arrested and again charged with mafia-type association and money laundering through the agriculture sector in Italy for the ‘Ndrangheta’s Galliciano clan.

However, after a legal battle, the Supreme Court ruled in March 2014 that there was no clear evidence that he was an ‘Ndrangheta associate. Roda was cleared from both charges and walked away free.

After arriving in Slovakia, the Vadala family began to build up their businesses in the same region where the Roda were already established. They moved to Michalovce, the eastern Slovak town where the Roda lived, and in 2002 founded their first company, Bovinex Europa, which bred and slaughtered cows.

Both separately and together, Vadala and Roda companies started to invest in agricultural cooperatives and their businesses became intertwined. The families’ names appear in 50 Slovak companies – some now dissolved, some still active.

The two families have farmed on more than 120 square kilometers (12,000 hectares) – a huge estate equal to one tenth of the entire Michalovce district.

On this land, they have bred cattle and raised crops that have, so far, brought them more than €13 million in EU subsidies through the Slovak Ministry of Agriculture.

In at least one case, the authorities grew wise to the schemes. Antonino Vadala – the member of the family who first drew reporters’ attention – was getting subsidies through his company, BIO-FINIS. But he ran afoul of authorities when he was caught forging documents that showed him farming eight times more land than he really was. The fraud – for which he was later charged – allowed him to increase his agricultural subsidies by €120,000.

In addition to Italian investigations into their ‘Ndrangheta ties and the EU subsidy case, the Vadala family is also alleged to have committed tax fraud and extortion in Slovakia.

In 2008, Antonino Vadala entered into an agreement with another man to defraud the government of VAT revenue by fraudulently buying and selling his apartment and claiming a tax return. The scheme would have earned Vadala over €80,000, which he was meant to split with the other man. But instead, Vadala kept the apartment – and the money – in an attempt to cheat his co-conspirator, who then took him to court. The case is ongoing.

In another case, Antonino’s brother Sebastiano Vadala was charged with extortion and verbal assault when he threatened a farmer with a gun, shouting he would kill him and set fire to his tractor if he didn’t leave the field the farmer had rented from him. A court recently cleared him of the charges, citing lack of evidence.

Solar power plants in Slovakia are already controversial because the government awards licenses in secretive ways. These projects are also heavily subsidised by the EU.

In 2009, Vadala and his company, Bovinex Europa, managed to get listed as the third bidder out of 97 for a license to build a new plant. These licenses are awarded on a “first come first served” basis, meaning that knowing the timing – something only an insider could know – is crucial to getting the bid.

He received not only a precious EU-subsidized license from the Slovak government – he then immediately sold it for a large profit and quit the business. 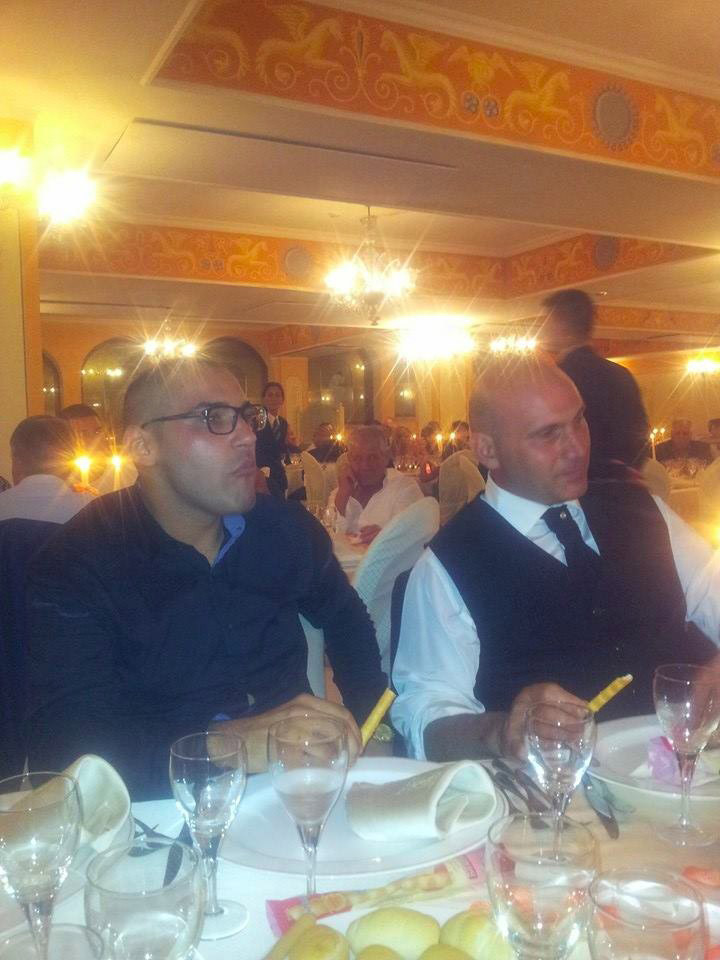 More recently, a new family name drew reporters’ attention – one which has Calabrian connections of its own.

In 2012, a man named Pietro Catroppa appears in the business records of several of the Vadalas’ companies in Slovakia.

Just a few years earlier, Pietro’s father, Dante Catroppa, had been investigated in a Calabrian antimafia operation for associating with the Vadala crime family in their hometown of Bova Marina.

The elder Catroppa allegedly held the title of “Mastro di Giornata” (Master of the Day), which means he was responsible for coordinating criminal activities between local clans. He was also allegedly in charge of creating new mafia affiliations for the clan.

According to the 2011 verdict, he was also in charge of notifying the ‘Ndrangheta about possible calls for tenders, as he was an employee at the local municipality.

But the Catroppas also have another important connection. In 2016, Pietro Catroppa bought a private security company called Prodest from a man named Slavomir Jasan, who had bought out his father Viliam Jasan. 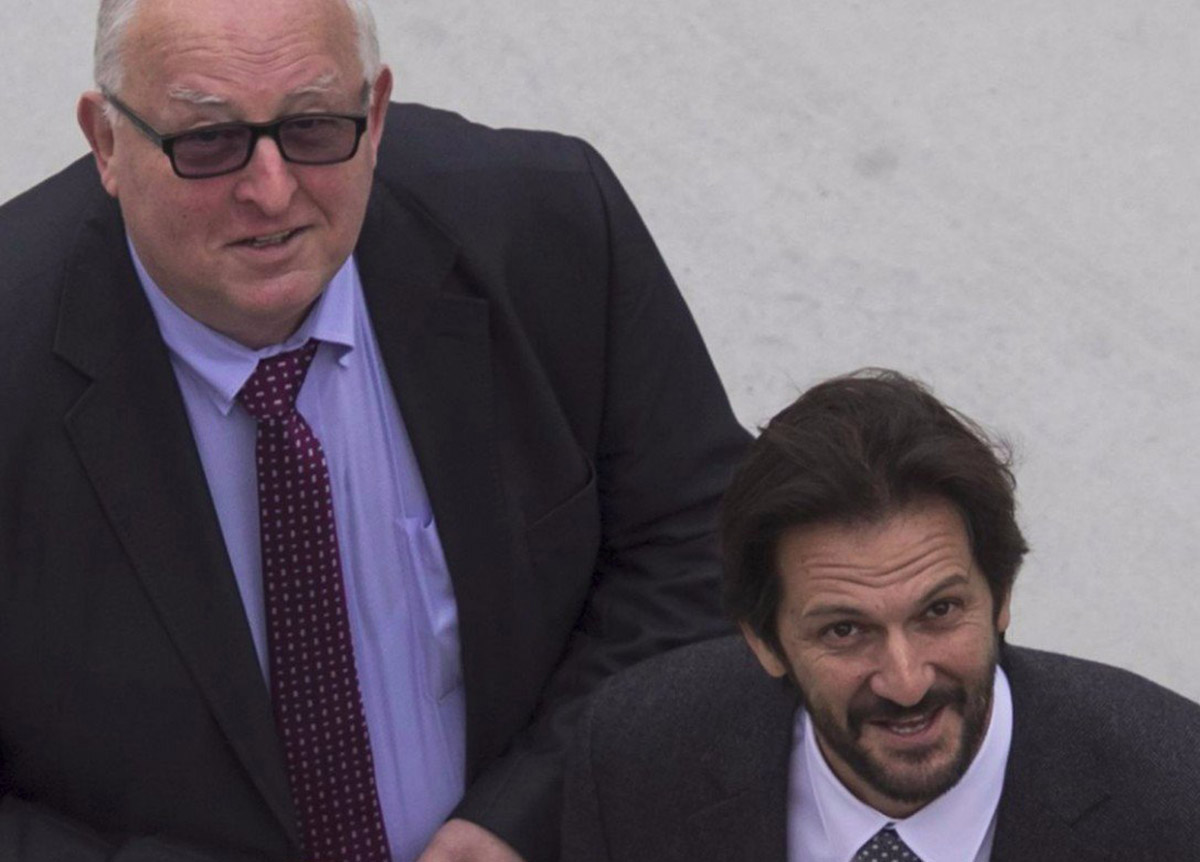 The elder Jasan is a former member of the Slovak parliament and director of the Crisis Management and State Security Department.

And, to complete the complex circle, Jasan is the man who employed Antonino Vadala’s business partner, the former model Maria Troskova, and introduced her to the Slovak prime minister (See: The Model, the Mafia, and the Murderers).

Jasan and Troskova both resigned in the wake of Jan Kuciak’s death and the subsequent reporting on this tangled web of connections.