by MIRANDA PATRUCIC AND CHRIS BENEVENTO OF OCCRP; JOACHIM DYFVERMARK AND SVEN BERGMAN OF SVT; AND OLA WESTERBERG OF TT
Tweet this Share this on Facebook DONATE

A major Swedish engineering company, Bombardier Transportation AB, is suspected of channeling millions of dollars in bribes to unidentified Azerbaijani officials through a shadowy company registered in the United Kingdom.

Prosecutors believe Bombardier moved millions of dollars in bribes through Multiserv Overseas Ltd., a company that appears to exist only on paper. 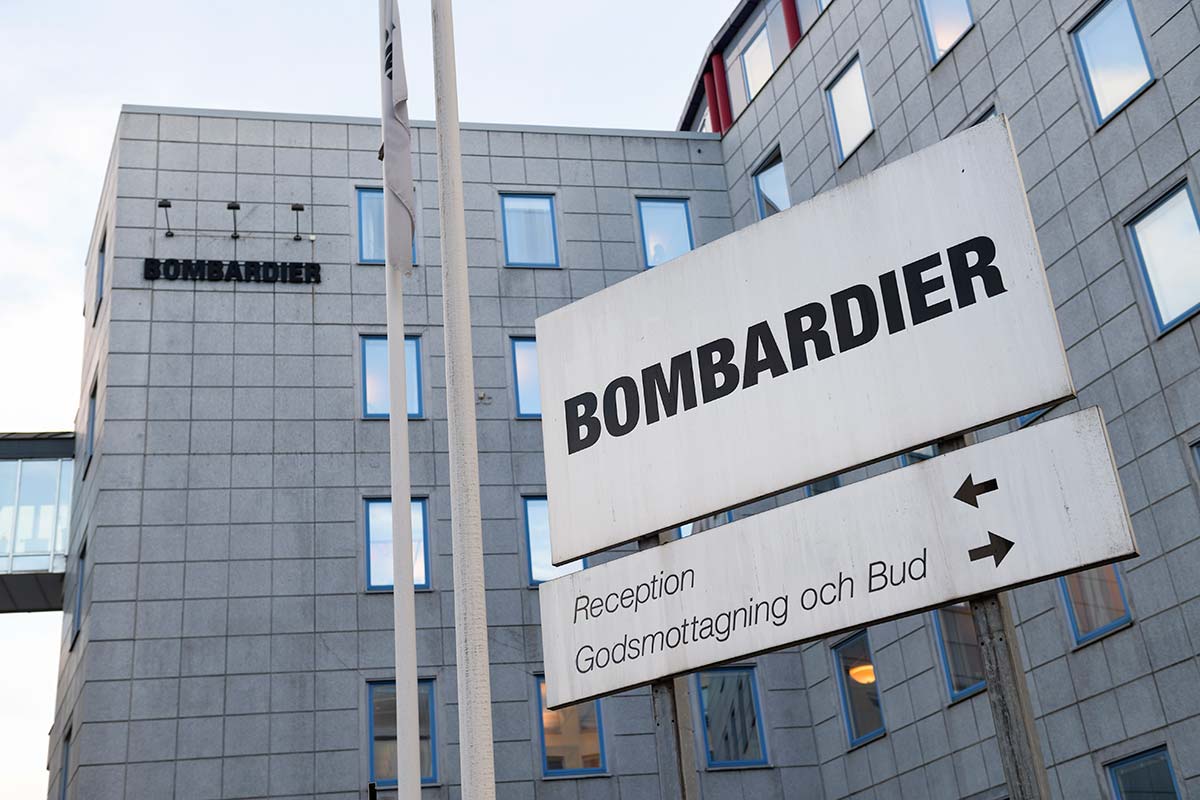 In Sweden, one Bombardier executive has been detained and several others have been questioned. Swedish anti-corruption prosecutor Tomas Forsberg said today that Bombardier is accused of colluding with Azerbaijani authorities and paying bribes to win the signaling deal.

Forsberg characterized Multiserv Overseas as having “no employees or business.”

In 2013 Bombardier, one of the world’s leading manufacturers of railway signaling equipment, won a US$ 350 million tender to supply Azerbaijan with an interlocking system for railway switches and signals called the Ebilock-950. 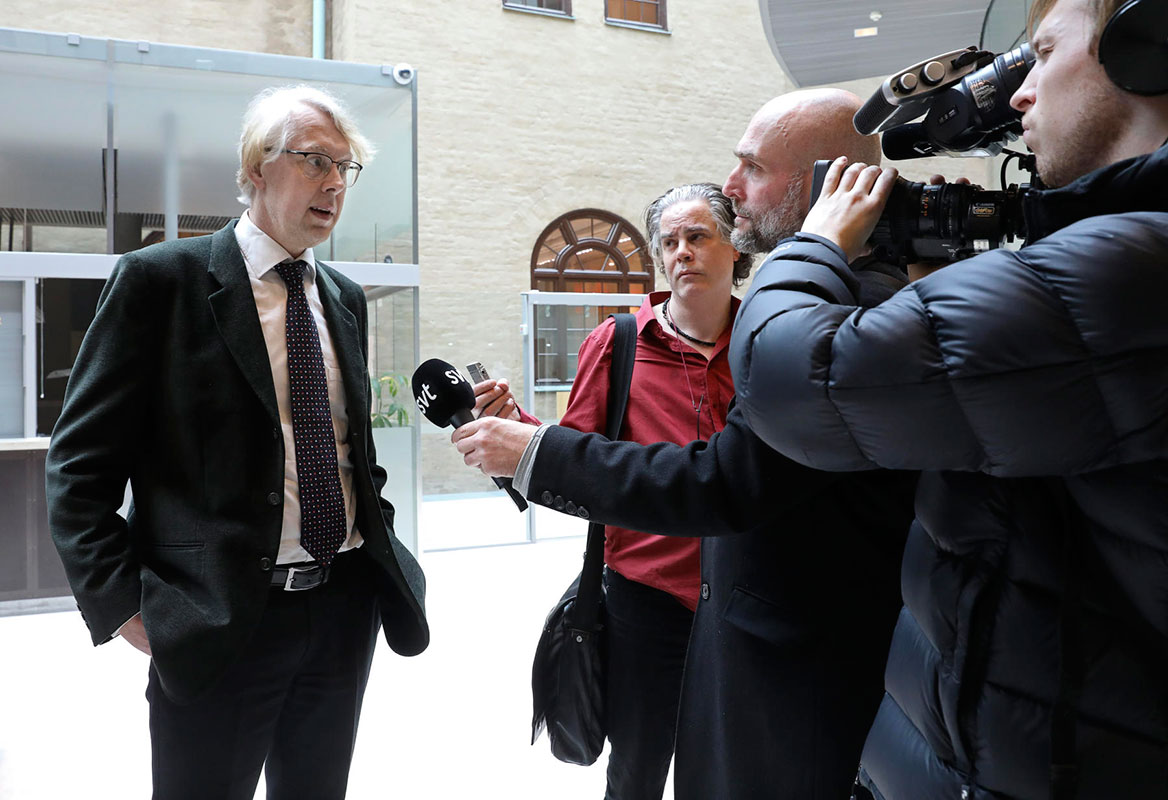 Swedish anti-corruption prosecutor Thomas Forsberg announces the arrest of a Bombardier Sweden employee as part of an ongoing investigation into the company for allegedly bribing Azerbaijani officials on Friday, March 10. 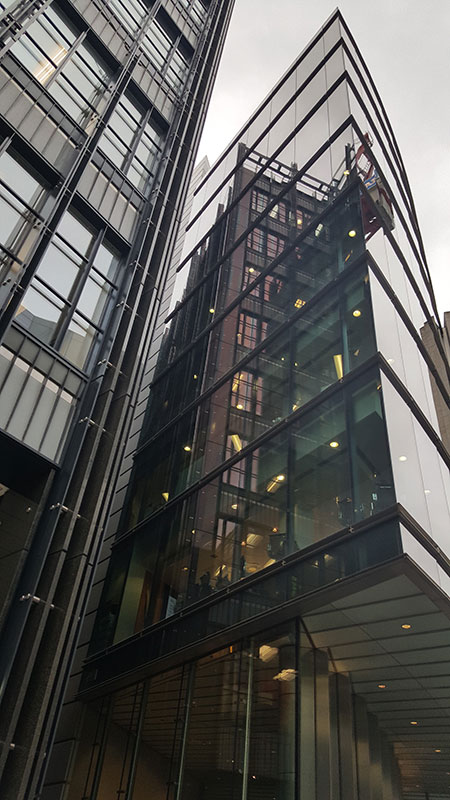 Two contracts, obtained by Swedish Television’s investigative program Uppdrag Granskning and News Agency TT and shared with the Organized Crime and Corruption Reporting Project (OCCRP) and the Canadian Broadcasting Corporation, show Bombardier Sweden selling equipment to Multiserv Overseas, which then sells the identical equipment back to Bombardier’s Azerbaijan affiliate for an inflated price. As an intermediary, Multiserv made a profit of $85.8 million in the deal. The money was then channeled offshore.

The first contract, signed on Jan. 27, 2014, indicates that the Azerbaijan branch of Bombardier Transportation (Signal) Ltd. ordered 46 sets of unassembled interlocking systems—called EBILock –for 46 train stations in Azerbaijan from Multiserv Overseas for $104.8 million. The systems are installed at each station to communicate with trains electronically to prevent collisions.

That’s a price increase of more than 450 percent.

Export records show the equipment was never delivered to Multiserv but shipped directly to Azerbaijan.

“It looks like it could be a corrupt deal,” said Sten Lindström, an experienced corruption investigator who reviewed the two contracts. “This huge rise in the purchase price cannot have any reasonable explanation.”

Lindström, who previously investigated Swedish arms manufacturer Bofors for alleged corruption in deals with India in the 1980s, said the money “will eventually end up in the pockets of a few who probably had a significant influence on the business in Azerbaijan.”

Bombardier Sweden’s spokesperson Barbara Grimm said that the company has carefully reviewed and is continuously reviewing Multiserv Overseas. “It is a bona fide company, we have done due diligence with them. They meet our code of ethics,” she said.

Lindström dismisses that. “I do not believe it one bit,” he said. “I think this is a company which they have been assigned from Azerbaijan to make this deal.” 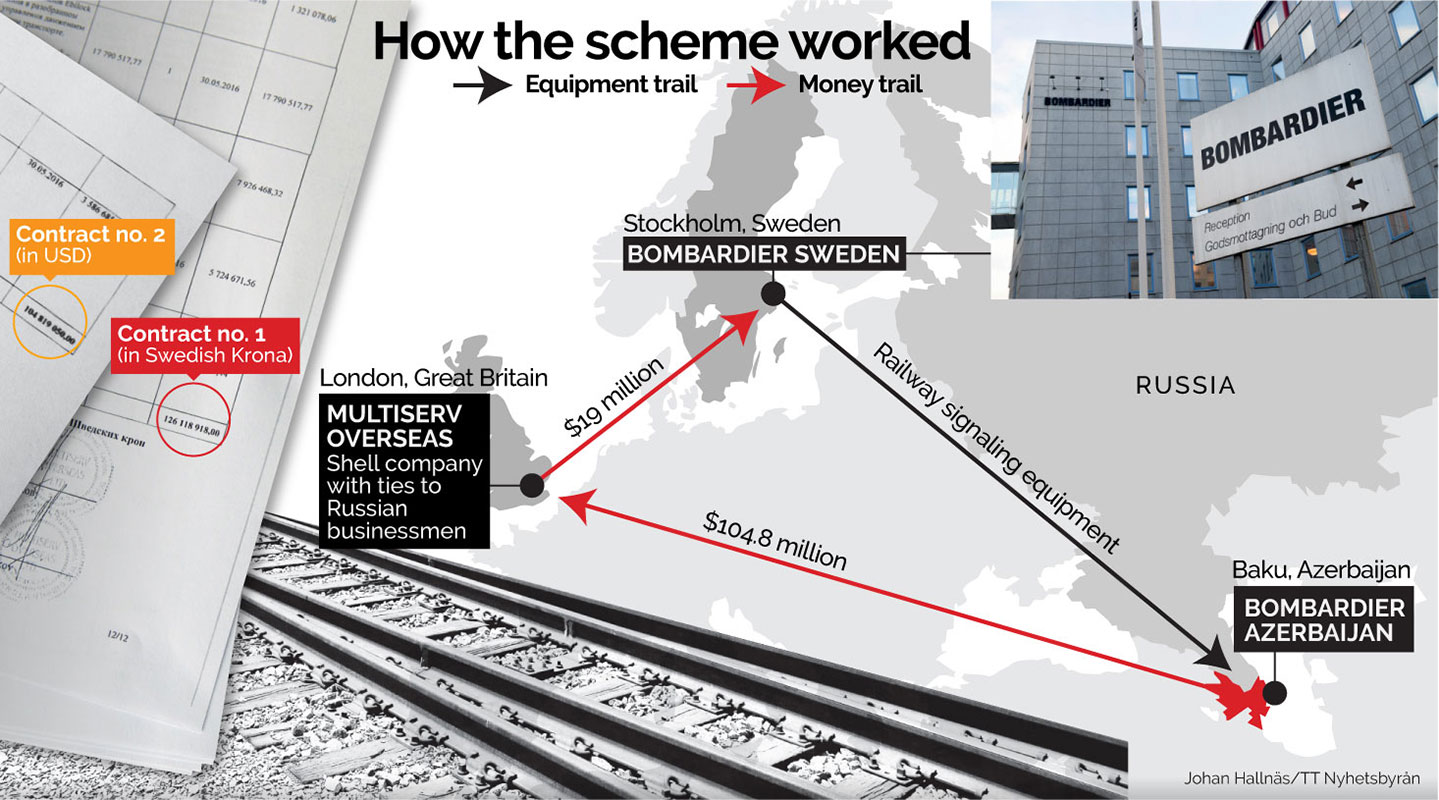 The Swedish investigation was launched following an earlier investigation by OCCRP which showed Multiserv Overseas is linked to Aleksey Krapivin, the son of a close associate of Vladimir Yakunin, the former president of Russian Railways. Multiserv has served as an intermediary not just in Azerbaijan, but also for a similar Bombardier deal in Russia. The company has no office, no phone number and no known employees. The OCCRP investigation revealed Krapivin runs a business empire built with state contracts that control millions of dollars in government funds spent on railroads in Russia.

On March 22, OCCRP, along with SVT, TT and CBC, will publish a full investigation with additional details of the alleged Bombardier corruption scheme in Azerbaijan.