The journalists of the Organized Crime and Corruption Reporting Project (OCCRP) face grave dangers and increasingly difficult challenges in their efforts to expose high-level corruption and government links to organized crime. 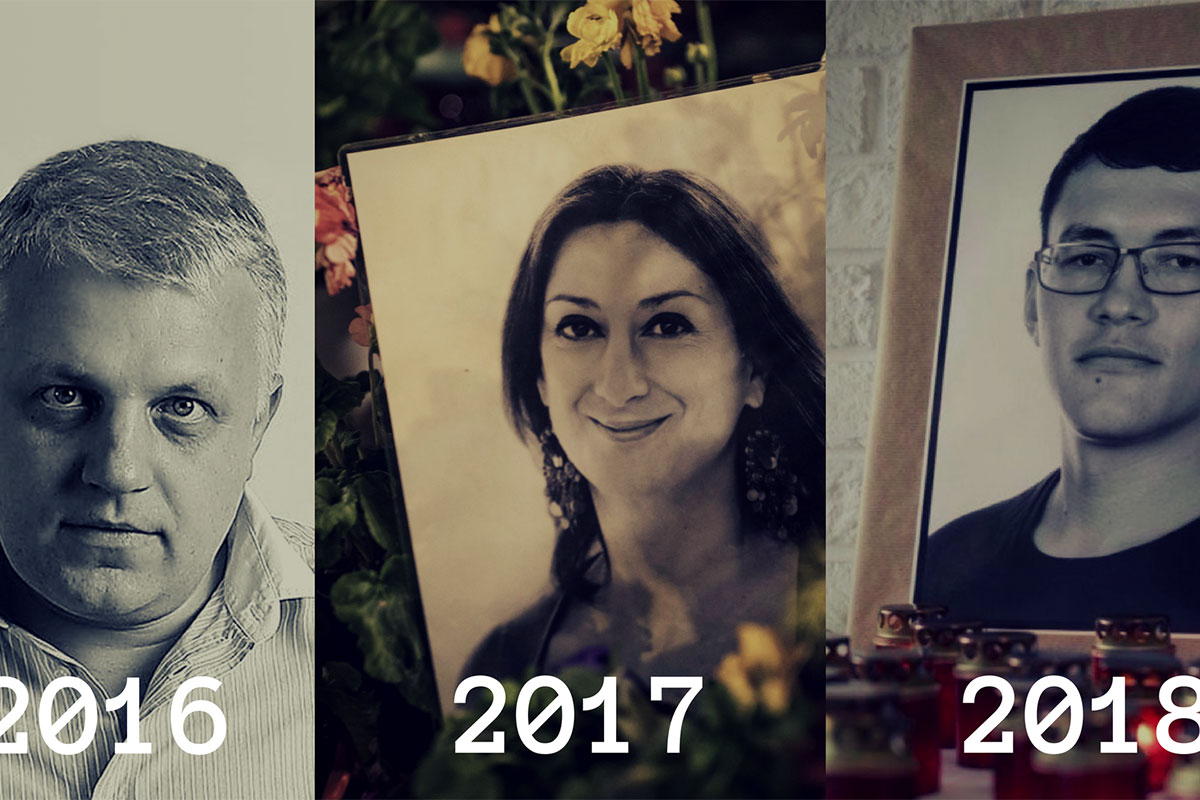 Throughout the world, but especially in Europe, we have seen an erosion of press freedom, as demonstrated by Reporters Without Borders’ 2018 World Press Freedom Index.

We have watched, with growing concern, the challenges reporters in our network face in Hungary, the Czech Republic, and Serbia. They’ve been smeared, threatened and even imprisoned. This year, tragically, one of our partners, Jan Kuciak, was brutally murdered in Slovakia along with his fiancee, Martina Kusnirova. His death came only a few months after journalist Daphne Caruana Galizia was killed by car bomb in Malta.

On this World Press Freedom Day, and every day, OCCRP honors the sacrifices our colleagues make in their commitment to uncovering the truth and speaking it to authority.

Investigative reporters have traditionally been journalism’s lone wolves: outspoken, hard-hitting rebels who will take on politically-inconvenient truths and put them before the court of public opinion. But many now understand that working alone makes them vulnerable. An investigative reporter always has powerful enemies.

That’s one reason OCCRP formed in 2006. Together with other collaborative networks, our network has demonstrated over and over again the power of collaboration, publication partnerships, and information sharing. These strategies lead to bigger and wider stories.

But it’s not just about better stories. Collaboration is becoming the best defense against those who seek to silence us.

We applaud the establishment of Forbidden Stories, founded by the Freedom Voices Network. They are a network of journalists whose mission is to continue and publish the work of other journalists who are facing threats, or those who have already been silenced through imprisonment or murder.

OCCRP was an active and committed member of the Daphne Project, which Forbidden Stories coordinated. The project was designed to complete the stories Maltese reporter Daphne Caruana Galizia was working on at the time of her death.

Those stories have already had impact: across Malta people are protesting against the corruption the project has exposed.

OCCRP has been doing this for years. When Azerbaijani reporter Khadija Ismayilova was sentenced to 7.5 years in prison by the Azerbaijani government in September 2015, reporters at OCCRP and RFE/RL picked up where she left off. We put together the Khadija Project to continue her investigations into government corruption and demonstrate to the regime that imprisoning her wouldn’t stop the stories. She was released in the spring of 2016 after a final appeal hearing but remains under a travel ban. Nonetheless, she continues her work.

We came together again when Belarusian reporter Pavel Sheremet, a friend and colleague of our Ukrainian network members at Slidstvo.info and the Kyiv Post, was killed by car bomb. The motives behind the murder are unknown. When the authorities failed to investigate his death properly, OCCRP journalists working with local partners took up the investigation, highlighting where police failed to look. This resulted in the IRE-award-winning documentary Killing Pavel.

Yet again, when Jan Kuciak was murdered in Slovakia, reporters from OCCRP, the Czech Center for Investigative Journalism, the Investigative Reporting Project Italy, and Aktuality.sk banded together to complete and publish his last stories. In response, tens of thousands took to the streets after his murder and the publishing of his findings. The days-long protests forced Slovakian Prime Minister Robert Fico to resign.

We have also seen journalists in other countries picking up the same model. The Brazilian Association of Investigative Journalism (Abraji) announced this January that its members will investigate the murder of radio journalist Jefferson Pureza Lopes, who was shot dead on January 17 in the city of Edealina, Brazil. This initiative is part of the Tim Lopes Program for the Protection of Journalists, launched in September 2016 to investigate murders, assassination attempts and abductions of media professionals, and to continue the stories perpetrators tried to silence.

In Mexico, one of the most dangerous countries to be a journalist, local reporters are protecting themselves using pseudonyms and collaborating with journalists outside their country to get their stories published.

This model was pioneered in 1976, when American investigative reporter Dan Bolles was killed by a car bomb in Phoenix. His murder was linked to his coverage of the mafia. Investigative Reporters and Editors (IRE) led a consortium of 40 reporters from 23 newspapers to complete Dan’s investigations in a first-of-its-kind collaboration: The Arizona Project.

In 2007, again in the United States, Oakland Post editor Chauncey Bailey was gunned down because someone was trying to stop his stories. His colleagues banded together a media coalition and launched the Chauncey Bailey Project, modeled after the Arizona Project. Their websites states:

Our goal is to hammer home this point: “You can’t kill a story by killing a journalist.”

Investigative journalists are no longer lone wolves. We are a pack. Strike down one of us, and the pack will make their stories even louder and bigger.

This World Press Freedom Day, we recognize the sacrifices made, honor those we have lost, and applaud the surge in collaboration among the world's journalists in support of their killed or imprisoned colleagues.

Together, we will make sure the story lives.

As organized crime, autocracy, and plutocracy continue to grow and undermine democracy, we expect the threats to continue. We ask everyone to support good investigative journalism — and to continue to support all independent journalism, freedom of expression, transparency, and government accountability.