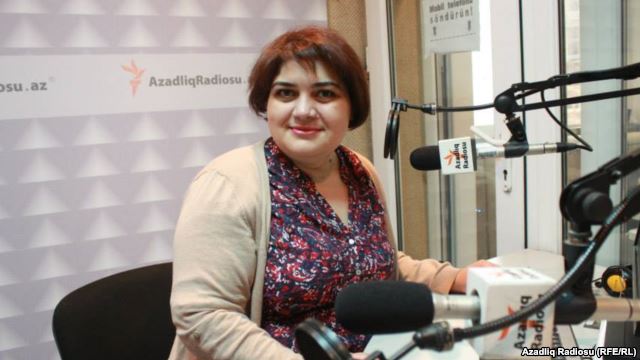 Khadija IsmayilovaThe award was bestowed upon the team for the “completion of an imprisoned colleague’s investigation through a smart and rewarding cross-border collaboration.” The reporters continued an investigation which was started by Khadija Ismayilova in 2014. It showed that TeliaSonera’s partner in Azerbaijan had close ties to the first family.

Last year, OCCRP/SVT/TT revealed that TeliaSonera, partially owned by the Swedish state, was involved in the biggest suspected bribe in Swedish history in 2008, when Azerbaijani government-owned telecom Azercell was privatized. Reporters found that upwards of US$ 1 billion in state assets were moved to companies close to the family of President Ilham Aliyev.

“The Special Award is the Jury’s prize honoring for example methodologically interesting investigations or for digging into topics rarely scrutinized by journalists”, said Bertholof Brännström, coordinator of the Golden Shovel Award, in an FGJ press release.

The Golden Shovel is the most important award for investigative journalism in Sweden. Apart from the Special Awards, separate Golden Shovels are also given to investigative reporters in various media categories such as TV, radio and newspapers. The ceremony takes place on 9 April.

The TeliaSonera story was simultaneously published by OCCRP on its website in English, by numerous Swedish newspapers through TT, on Swedish Television’s investigative flagship Uppdrag Granskning (Mission Investigate) and in Azeri by Radio Free Europe/Radio Liberty.

The investigation is a collaboration between the OCCRP’s Miranda Patrucic, her jailed Azerbaijani colleague Khadija Ismayilova, Joachim Dyfvermark and Sven Bergman from Swedish Television (SVT) and Ola Westerberg from Swedish news agency TT.