For almost a decade, corrupt politicians and wealthy businessmen have purchased European passports using dirty money. In January, the European Commission finally delivered its response. But rather than urging action, many of its toughest demands were withdrawn. 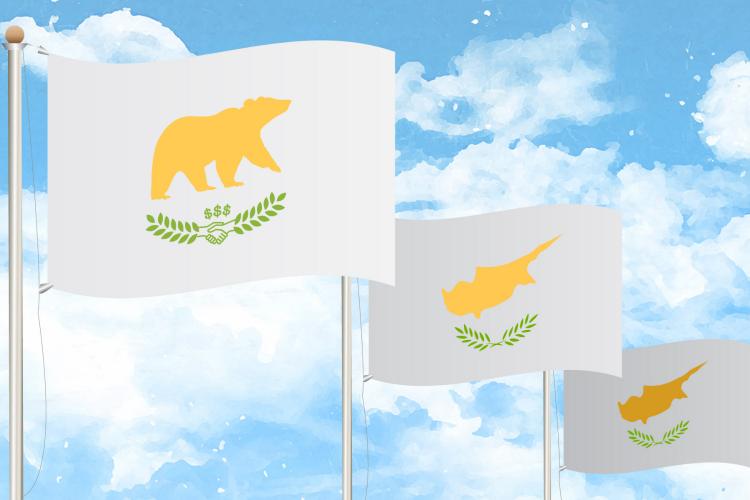 It was never easy doing business in Syria without the consent of Rami Makhlouf.

The cousin of Bashar al-Assad, Makhlouf leveraged family ties and intimidation to control monopolies across the country. By the time he was hit with US sanctions in February 2008 as “one of the primary centers of corruption in Syria,” his fortune was worth an estimated $5 billion.

However, for the world’s richest, sanctions need no longer stand in the way of business. Makhlouf purchased Cypriot citizenship in 2010, obtaining an effective backdoor into the rest of Europe.

With thousands of “golden passports” sold each year, the risk of organized crime, money laundering, and tax evasion is a growing concern.

“We have to close the entry points for dirty money,” said Vera Jourova, European Commissioner for Justice, at the publication of a widely anticipated report outlining Europe’s response to the issue. “Illegal money fuels other illegal activities.”

Campaigners expected a crackdown on the “golden visas” that allow individuals like Makhlouf to purchase the right to live in the EU.

However, an October 2018 draft of the report seen by OCCRP reveals that the EU in fact removed some of its toughest measures and recommendations ahead of the document’s public release.

This included the omission of a demand that “Member States should not accept investor scheme applications from persons listed on UN and EU sanctions lists.”

Cyprus revoked Makhlouf’s citizenship in 2013, two years after the EU sanctioned him following the outbreak of the Syrian war. But many countries have resisted pressure to act.

Malta has successfully reneged on a 2014 agreement to enforce physical residence as a condition for citizenship, while in December, Britain reversed course a week after announcing it would suspend issuing its Tier-1 visas to wealthy investors.

Malta and Cyprus may soon be the only two countries to sell citizenship after Bulgaria announced plans to end its citizenship program a day before the report’s release. An additional 20, including the UK, Portugal, and Spain, continue to sell residency permits.

Since passports and visas are usually sold through commercial partners, the EU’s published report raised concerns about the conflict of interest that arises when private companies both “advise the governments on operating the scheme...yet at the same time also advise individuals on their applications to the scheme.”

However, despite its concerns, prior to publishing the report EU removed all recommendations on how to counteract such conflicts of interest.

The October draft declared: “Intermediaries involved in the handling of applications should not have any decision-making power or screening duties, tasks which should be reserved for government authorities.”

“They should make publicly available information about those intermediaries and the procedure for selecting them.”

These calls for action became requests for “clarity in procedures and in responsibilities.”

Henley and Partners is one of the biggest companies in the sector. It is run by Christian Kalin, who earned the nickname “the passport king” for his work in transforming “golden visas” from a niche product of small island nations into a $3 billion global industry.

Henley denies any conflict of interest in its operations: “There is nothing unusual about the way we operate,” it told OCCRP in a written statement. The firm compared itself to investment banks that “advise both the sovereign state and the global investor base.”

With its own risk management systems in place, Henley believes “the presumed threats mentioned in the report become largely non existent.”

MEPs including Sven Giegold have urged Brussels to investigate the possibility of legislative action to stem golden visas.

Giegold is frustrated by the lack of legal analysis in the final report:

“I called the Commission and asked them, ‘Have you made a detailed analysis about the possibility of using EU law in order to at least set limits to these schemes?’ They were really evasive whether there was such a legal analysis,” he said.

However, October’s draft report suggests the EU did in fact take this into consideration.

“Whether such legislation and practice, which permit third country nationals to obtain national citizenship, and hence citizenship of the Union, without requiring any genuine connection to the country, are compatible with Union law is being questioned. [A concern which is shared by the Commision],” the draft read.

This clause was removed prior to publication.

The Commission declined to comment on the leaked draft, and it is unclear why some of its toughest demands were removed.

However, EU officials previously claimed they wished to avoid conflict between Brussels and member states ahead of European elections in May.

“The Commission doesn't want to have trouble with the member states,” MEP Ana Gomes said.

She also raised an additional possibility.

“There are people paid to defend the system and with an interest in defending the system. They are trying to prevent something that would damage the continuation of the system,” she said.

“They have a lot at stake. They have ways to lobby and eliminate what would would be more damaging from their point of view.”

Henley and Partners employ two full-time lobbyists in Brussels, in addition to holding a membership in the International Migration Council (IMC), a citizenship-by-investment association and lobbying group.

However both organizations expressed frustration at the European Commission's “complete absence of engagement” with the industry during the report’s production. They said they were not involved in any changes from the draft to the final version.

“It is exactly the lack of interaction and consultation by the European Commission that Henley
believes creates the major issue with this report,” Henley told OCCRP.

The IMC also denied any contact with the Commission between the October draft and publication: “There should have been interaction from Brussels but there wasn't.”