In Sicily, Anti-Mafia Skills Used in the Fight Against People Smugglers

Minutes after being saved by the crew of the  rescue vessel Topaz Responder in late November, Mohamed , an asylum seeker from Cote d’Ivoire collapsed on the deck as he recounted the journey that brought him through Africa, into the Mediterranean, and to the edge of a watery death. 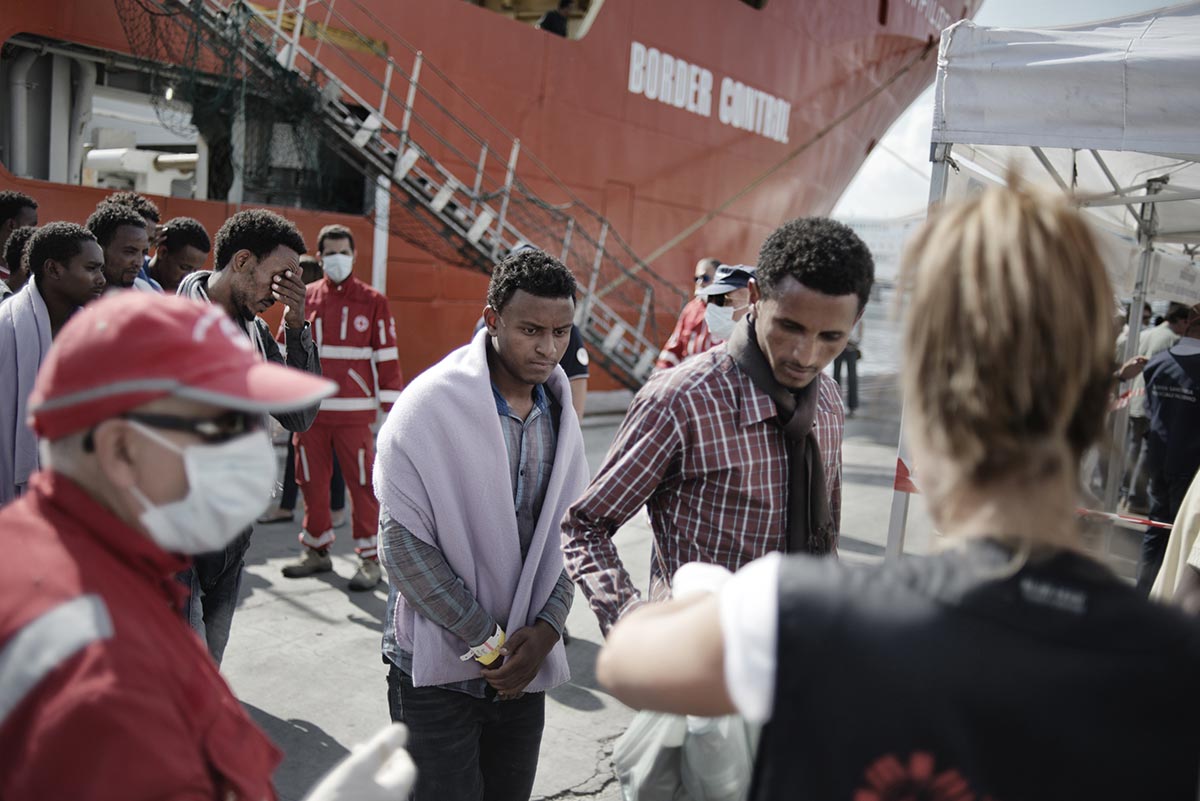 The following morning, after medical treatment on the ship, operated by the Migrant Offshore Aid Station (MOAS), Mohamed pointed to one of the men allegedly responsible for his ordeal: a skinny Libyan in his late twenties.

As Mohamad described his month of imprisonment by smugglers in the Libyan capital, Tripoli, the young man moved toward him, clasps his hand on his shoulder and, seemingly aware he was being exposed, declared: “Me, friend.”

The entreaty didn’t work. As the vessel landed at the Italian port of Vibo Valentia, the Libyan was placed with three other suspected smugglers and taken into custody.

The arrest of the Libyan is typical of how law enforcement has cracked down on African people smuggling rings since the start of the crisis in 2011, which has seen some 600,000 migrants and refugees cross the Central Mediterranean route to Italy in the five years so far. In 2016 alone, over 5,000 died.

Law enforcement has known for the past half-decade that smugglers have used complex networks that reach deep into Africa and Europe. Despite this, those arrested have typically been low-level operatives picked up as they come ashore.

But that is changing. Since mid-2015, Italian authorities have launched a series of operations, named Glauco, that have begun to unveil the structure of violent smuggling networks. In three stages, police and prosecutors based out of Sicily, under the supervision of the National Anti-Mafia Directorate (DNA), have arrested more than 70 smugglers, including those responsible for coordinating and financing operations.

Previously, those arrested on arriving boats were “usually young men, mostly from Libya, who play a minor role in the smuggling market and who pretend to be migrants like all the others,” Carmine Mosca, the deputy chief of the police flying squad in the Sicilian city of Palermo, told OCCRP. 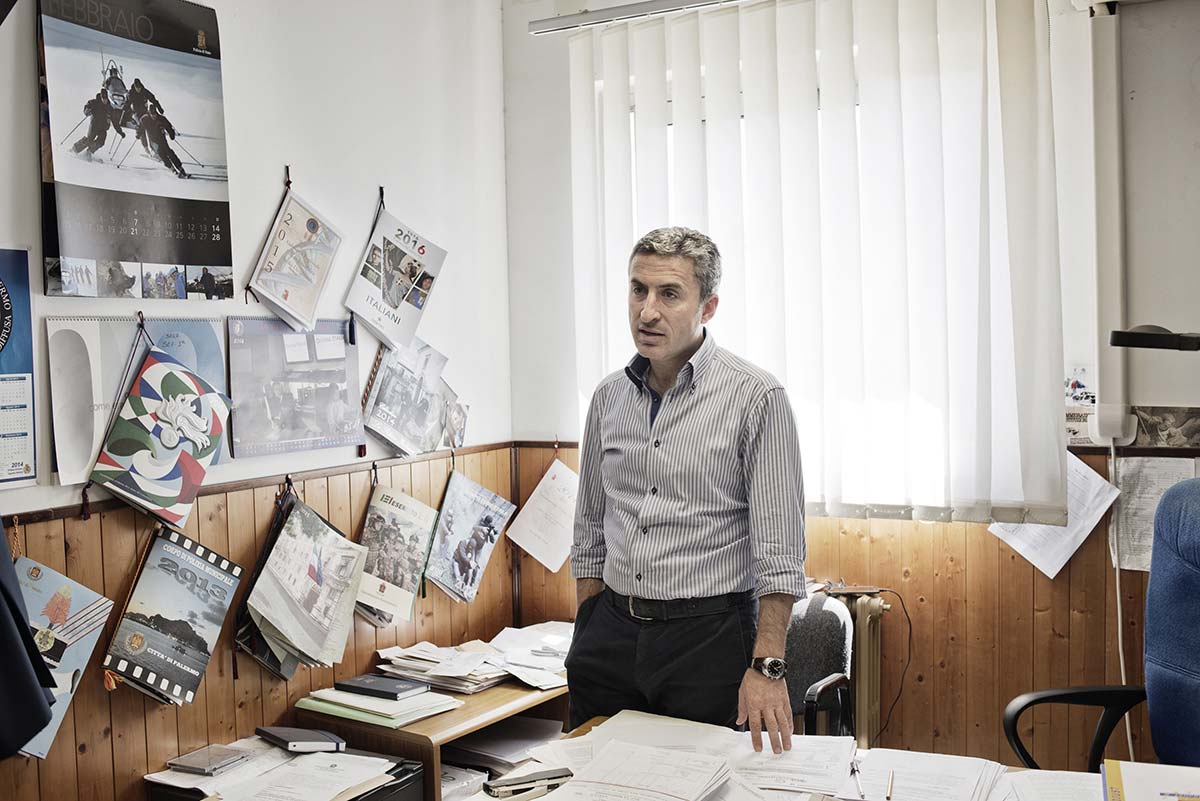 “The big guys back in Africa only send smaller smugglers on board with migrants. This is because they need contacts in Italy to go on smuggling migrants to Central and Northern Europe. But they wouldn’t sacrifice the important ones,” he said.

The Glauco investigations, which have been carried out with the cooperation of countries including Holland and Sweden, have focused on just one part of the vast world of people smugglers: a network of Eritrean and Ethiopian nationals.

Starting from Sicily, the traditional home of the Mafia, investigators have turned to familiar techniques for looking into organized crime. Over a period from May 2015 to July 2016, a combination of phone wiretaps and interviews with landed migrants and suspects led to a gradual understanding of the network’s structure from East Africa, to Italy and Northern Europe.

The picture that emerged was of a coalition of criminal groups, based in each country and drawing on local recruits, that passed human cargo through Africa before taking them by sea.

Eritreans and Ethiopians handle the network – thought to still be in operation – at the source in the Horn of Africa. They work in turn with local gangs in Sudan to bring migrants across the Sahara to Libya. There, Libyans smugglers who control the sea crossing hold the migrants for ransom in warehouses until relatives pay for their releases, often after serious – and sometimes deadly – physical and psychological abuse.

“I spent five months in one of those houses in Tripoli, because I had no money to pay for the journey. The Libyans were torturing us every day, saying that we would never live if we did not pay them,” Somali migrant Osman Jibril said in a United Nations reception center in the Tunisian city of Medenine. “I saw many people die there.”

The successive Glauco operations have revealed details on how money flows in smuggling networks. Costs for passage range from roughly US$ 1,000 to $3,000, using the opaque hawala Islamic brokerage system. The third and most recent phase of Glauco, concluded in July 2016, led to the discovery of the Italian financial center of this smuggling ring: a perfume shop in Rome. In a June raid, police seized over $550,000 in cash as well as a ledger showing the names and addresses of several people who cooperate with the organization, mostly in Africa. 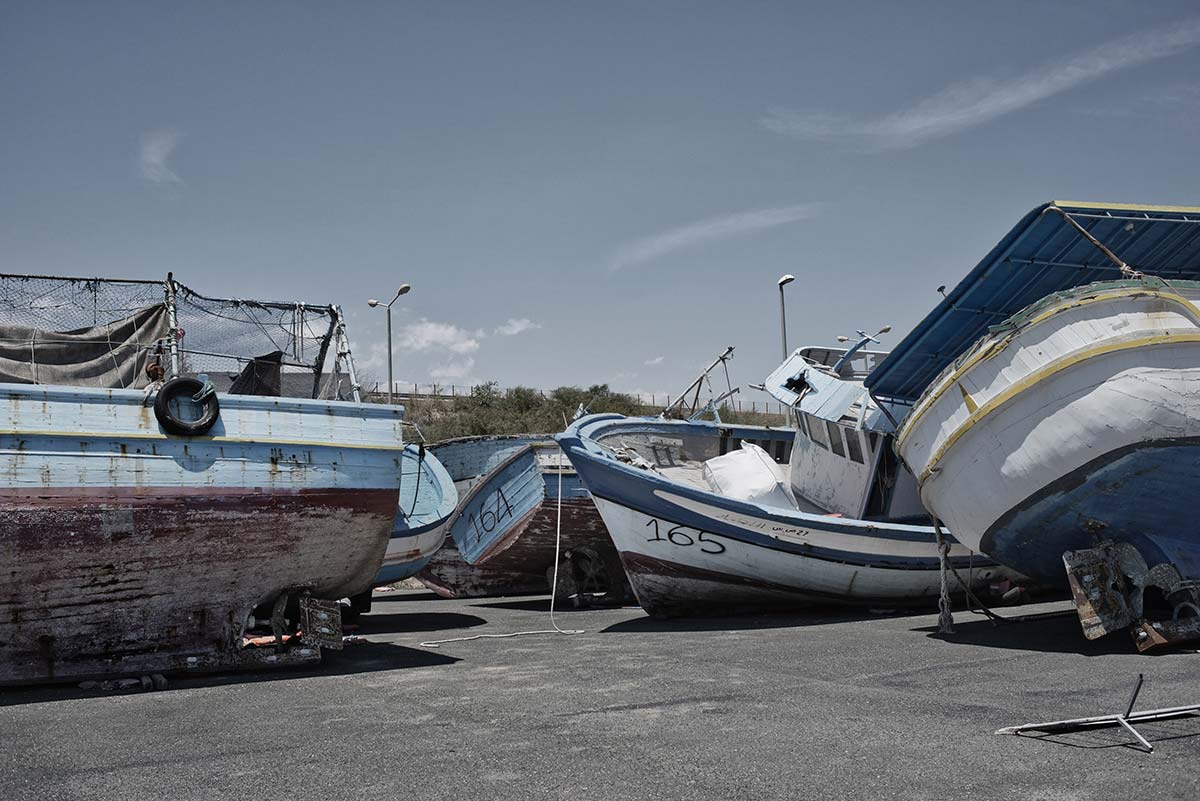 Thanks to its long fight against the Mafia and other organized crime groups, Italian law enforcement enjoys fewer legal restricts than its European counterparts in snooping on smugglers’ phone calls, prosecutor Michele Scalia, the Glauco co-head, said.

“Most other European countries have tremendously slow bureaucratic requirements related to wiretaps. For example, you would have to inform a subject before wiretapping their phones, something which clearly limits the potential of this investigative instrument and that luckily does not hold in Italy,” Scalia said.

“Glauco was an important step in the anti-smuggling fight. Yet, the lack of cooperation from African countries where smuggling originates and proliferates undisturbed makes our efforts insufficient to stop irregular migration to Europe,” Ferrara said.

In an effort to address that, Italy in August 2016 established a memorandum of understanding with Sudan, with the aim of increasing police cooperations between the two countries.

Things haven’t gone completely smoothly. In June 2016, police arrested a man in the Sudanese capital, Khartoum, believed to be Eritrean smuggler Medhanie Yehdego Mered, a central figure in the network targeted by Glauco. Dubbed “The General,” Medhanie is allegedly responsible for organizing a boat that sank off the Italian island of Lampedusa in 2013, killing over 350 people.

Family members and friends of the arrested man, however, have said it is a case of mistaken identity, and that the man taken into custody and extradited to Italy was instead Medhanie Tesfamariam Berhe, a young Eritrean who moved to Khartoum in 2014 and hoped to migrate to Europe. Italian prosecutors told OCCRP  they are investigating the claims. 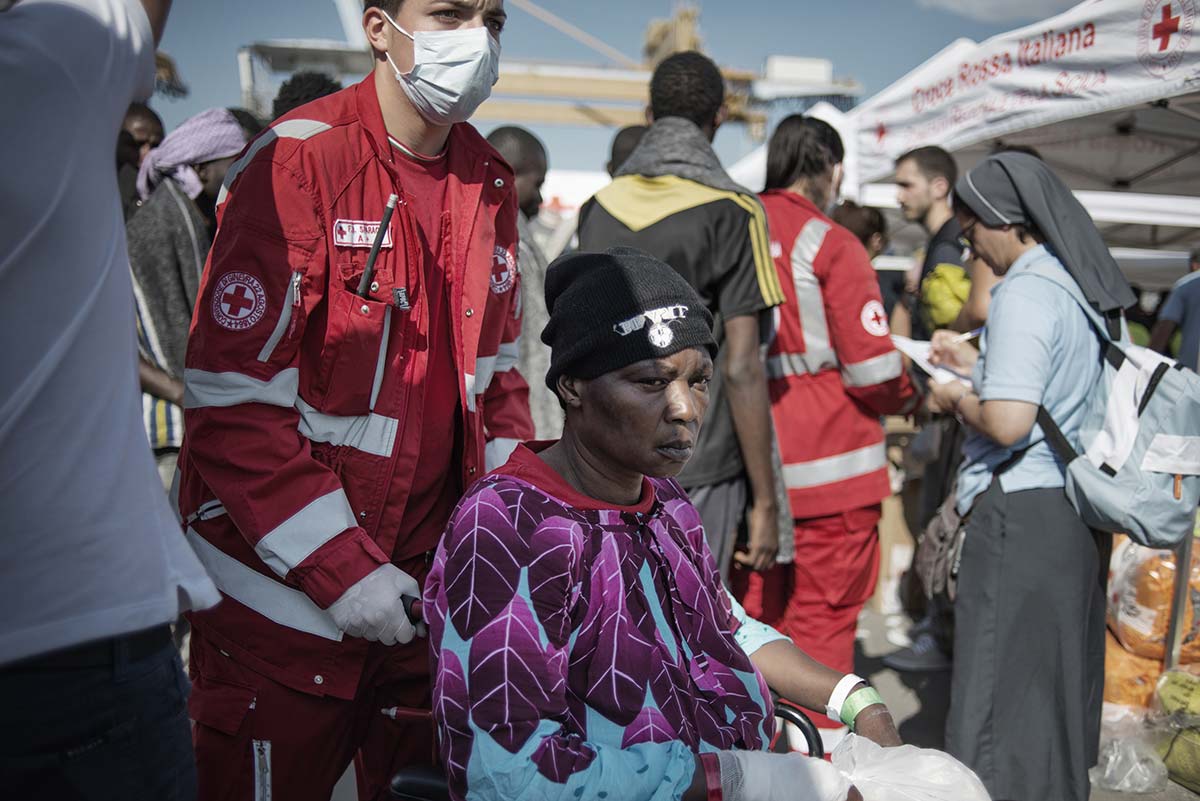 An exhausted asylum seeker pushed in a wheelchair at the port in Palermo (Photo: Valentino Bellini)

With partial success under their belt, Italian authorities last year launched a fourth stage of Glauco. The investigation, which is ongoing, is targeting the same smugglers from Ethiopia and Eritrea, as well as their partners in Sudan and Libya, operation co-head Mosca said.

But while Italian authorities are looking to continue their cooperation with African governments in this new stage, rights activists have voiced unease about working with governments, such as Sudan, whose own repressive policies have caused people to flee.

“One question remains unanswered to me, and that is whether Europe is actually fighting smuggling or simply protecting its borders from the alleged menace of irregular migration,” said Fulvio Vassallo, a Sicilian immigration lawyer and activist.

“This is a subtle difference, but a fundamental one.”