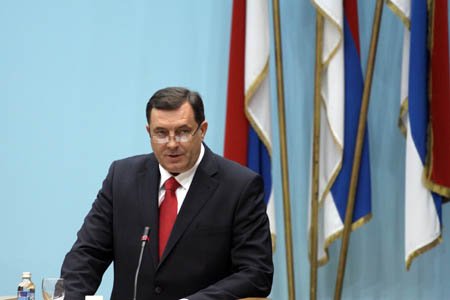 The casual, obscenity-laden telephone transcript splashed in Bosnian media at the start of this month appeared to reveal a startling act: One of the country’s most powerful politicians being told that he was protected from major corruption investigations.

“Listen, chief, I was with the main guy today,” journalist Mato Djakovic was quoted by news portal Zurnal as telling Milorad Dodik, the president of Republika Srpska – one of the two “entities” that make up Bosnia and Herzegovina – in May of this year.

“We finished everything regarding Bobar Bank. You will definitely not be there. In Pavlovic as well everything will be fine.”

According to local media and opposition politicians, what Djakovic appeared to be referring to were investigations launched by Bosnian prosecutors into tens of millions of dollars in alleged fraud at two of Republika Srpska’s banks, Bobar Bank and Pavlovic Bank. 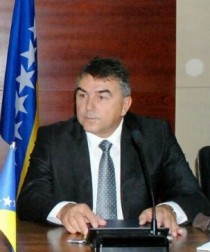 The revelations are just the latest twist in an ongoing saga that is pitting senior Serb officials against each other against the backdrop of massive corruption allegations.

In the wake of the transcript’s release, Bosnia’s independent judicial regulator, The High Judicial and Prosecutorial Council, told OCCRP on August 10 that it had launched an abuse of power probe against Salihovic for allegedly steering investigations away from Dodik (pictured above).

According to the news portal that published the transcript, Zurnal, the wiretaps were ordered by the state prosecutor and implemented by state police. The state police did not respond to a request for comment from OCCRP.

The latest developments couldn’t come at a worse time for Dodik, a man who for a decade has dominated the politics of Republika Srpska, the autonomous entity for Bosnia and Herzegovina’s Serbs created in the peace deal that ended the country’s bloody war of the 1990s. An election slated for October will pit Dodik’s party, the Alliance of Independent Social Democrats (SNSD), against an alliance of opposition parties led by the Serb Democratic Party (SDS). 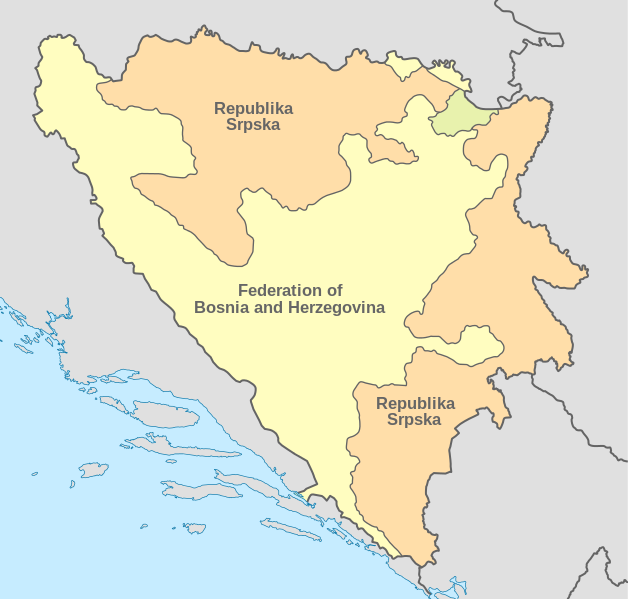 Entity division in Bosnia and Herzegovina (Photo: PRODUCER, CC BY-SA 3.0)Both Dodik and Salihovic have dismissed the accusations as politically motivated. In particular, they have singled out for criticism Dragan Mektic, the security minister for Bosnia and Herzegovina’s country-level government. Mektic, a Serb who hails from the rival SDS, has publicly called for Salihovic’s resignation.

On August 8, Salihovic’s office returned fire on both Mektic and the news site Zurnal, opening investigations alleging that they had committed libel and interfered with the prosecutor’s ongoing corruption probes.

The result resembles a Mexican standoff, with both players accusing each other of abusing state institutions in order to achieve political ends.

“It affects the work of the judicial institutions and also undermines their authority in the eyes of public,” he said.

In the short term, the battle raises the stakes for Republika Srpska’s upcoming election. In the longer term, it is also contributing to the political gridlock that has allowed corruption to flourish in Bosnia and Herzegovina.

The SDS has long accused Dodik of overseeing a graft-ridden fiefdom in Republika Srpska, and has linked him to both the Pavlovic Bank and Bobar Bank cases.

The Pavlovic Bank case revolves around what the SDS alleges was a fraudulent €750,000 (US$ 849,525) loan granted to Dodik in 2008. While the money was ostensibly for the purchase of a Belgrade villa, the SDS-led opposition filed a criminal complaint in 2015 alleging that Dodik had already bought the apartment the year before. The bank loan, they allege, was simply arranged to cover up the true, so far unknown, source of the money. Police have arrested the bank’s owner, Slobodan Pavlovic, and several others allegedly linked to the case.

The case at Bobar bank is far larger. Prosecutors say it is likely more than US$ 160 million in losses was caused by fraudulent loans made to companies linked to senior bank and government officials. The bad loans forced the company out of business in late 2014, and a number government institutions, as well as private enterprises lost their money.

The case has seen 11 arrests to date, including the director of Republika Srpska’s financial regulator, two former Bobar Bank directors, and two members of Bobar Bank's supervisory board. Dodik is reportedly not a suspect in the case. However, analysts have said that since Bobar Bank was controlled by SNSD members, such high risk loans were unlikely to have gone ahead without Dodik’s knowledge.

Despite the emergence of the transcript, Dodik is standing his ground. On August 14, he told reporters that the release of the wiretap was improper and that it provided no evidence of wrongdoing.

“The law states that these transcripts may only be used in a trial at court and that they can’t be misused in public this way,” he said.

“I absolutely stand behind anything I have ever told anyone over the phone, or in any other way.”