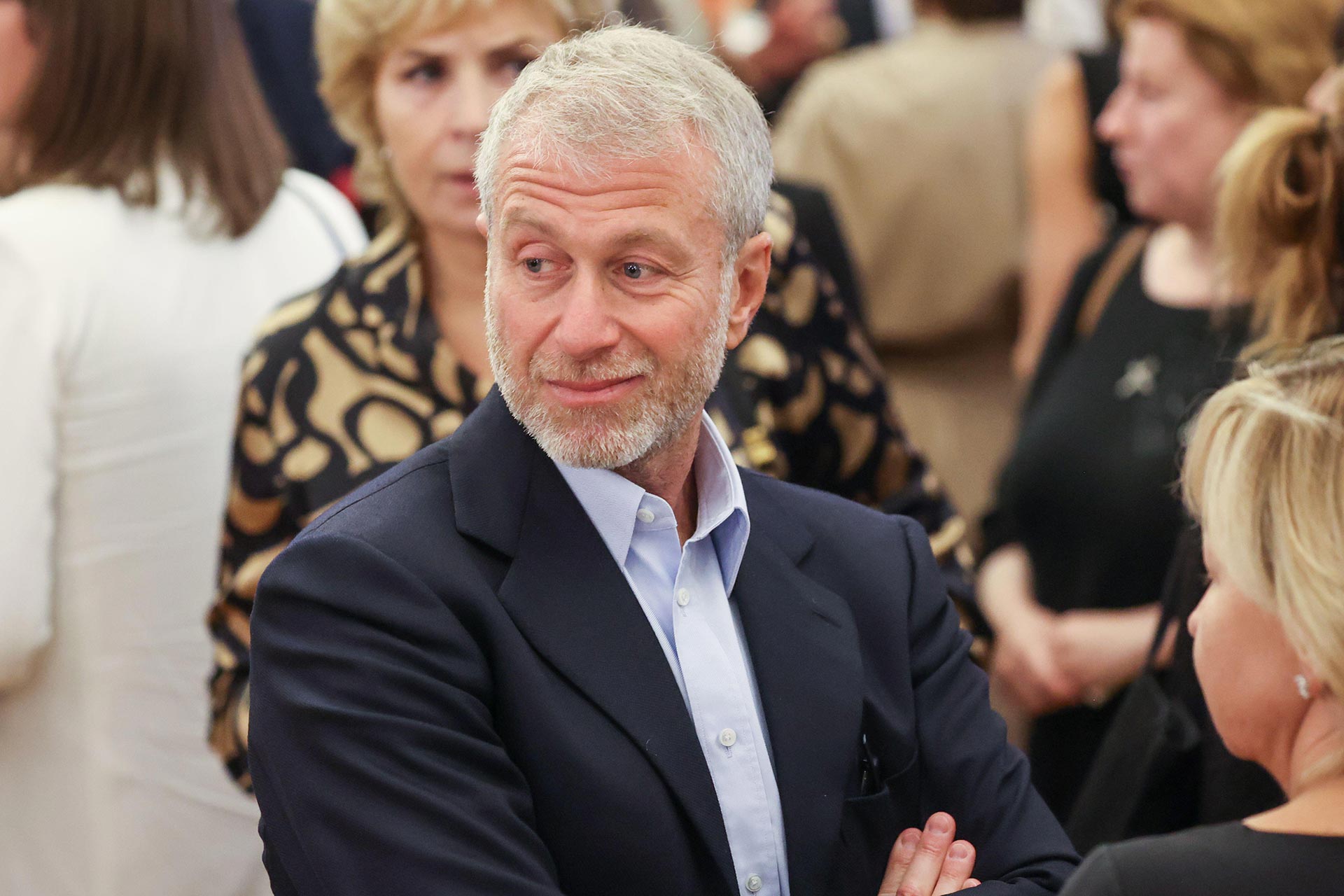 Following Russia’s invasion of Ukraine in February, western governments moved to sanction Russian oligarchs benefitting from their relationships with President Vladimir Putin. Among the most recognizable of these blacklisted businessmen is Roman Abramovich, the fashion-conscious billionaire who became a household name in Europe after he purchased Chelsea Football Club in 2003.

The U.K. sanctioned Abramovich in March, citing his long-standing relationship with Putin and speculating that one of his companies, the steelmaker Evraz, may have supplied steel to the Russian military that could have been used to produce tanks. The U.K.-registered company fired back, denying that its contracts with the Russian government could be linked to weapons in any way.

In fact contracts from Russia’s public procurement website, verified via an independent database of company contracts, show that Evraz’s Russian subsidiaries have directly and indirectly supplied the military for more than a decade. The contracts show they have supplied the National Guard as well as factories that supply the military and produce explosives and tanks.

For example, Evraz ZSMK (Consolidated West-Siberian Metallurgical Plant), received over $2.8 million between 2015 and 2018 to deliver toluene, an oil and coal product that is used in explosives, from a state-owned factory that produces ammunition and industrial explosives.

In 2018, Evraz NTMK (Nizhny Tagil Metallurgical Plant) provided $1.4 million worth of steel to Uralvagonzavod, a Soviet-era factory that makes battle tanks and other transport machinery like freight train cars. In 2016 and 2017, the Evraz subsidiary also supplied the factory with $227,000 worth of vanadium slag, which is used to strengthen steel in the manufacture of weapons.

A spokesperson for Evraz denied that the company had supplied the Russian military. “Evraz in Russia supplies products to infrastructure and construction projects for civilian use only,” they said in an emailed statement.

It’s difficult to definitively link suppliers of the government’s raw materials to the tanks and bullets used by Russian soldiers in Ukraine. But even establishing which companies are supplying products and services that may support military action is no longer possible following a law introduced earlier this year.

In January, the Russian government banned the publication of any state procurement contracts related to national security and defense. And this month, the Russian parliament passed a bill that requires companies like Evraz to provide supplies and services to the military, citing increased demand because of the war in Ukraine and the dwindling supply of materials available due to sanctions.

“In order to guarantee the supply of weapons and ammunition, it is necessary to optimize the work of the military-industrial complex and enterprises that are part of cooperation chains.”

A note attached to the bill said these requirements should be met “promptly,” and urged the Russian government to “temporarily focus our efforts on certain sectors of the economy ... and organize the supply of resources through state defense procurement.”

If steel from Evraz, one of the biggest producers in Russia, has not already been used to manufacture weapons for the military, it likely will be soon. Steel is used to produce ammunition for the Russian army’s assault rifles because it is cheaper than other materials. And according to U.S. intelligence, tank producer Uralvagonzavod has halted work due to a shortage of components.

Meanwhile, Abramovich — who once lived in London — has rushed to reorganize his holdings in response to the U.K. sanctions, including selling Chelsea Football Club to a U.S. billionaire.

The London Stock Exchange suspended trading of Evraz shares in March, despite the company insisting that Abramovich’s 28.64-percent holding didn’t translate to him having effective control. A week before Russia invaded Ukraine, Abramovich transferred the controlling stake in the steelmaking giant to himself, which he previously held through British Virgin Islands-based company Greenleas International Holdings Ltd.

The Evraz spokesperson said Abramovich is the company’s largest shareholder, and confirmed that he was Greenleas International’s ultimate beneficial owner.