A Scandal, a Murder, and a Mystery in Bulgaria

A suspect in the brutal rape and murder of a Bulgarian journalist has been apprehended. But questions remain about whether Viktoria Marinova’s coverage of a procurement scandal was the real reason for her killing. 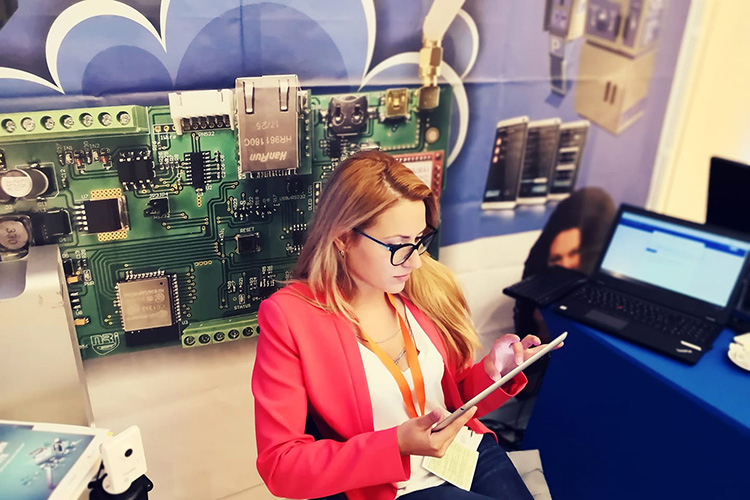 Police say it was a random crime, and the arrested perpetrator has confessed.

But the victim of the brutal rape and murder was Bulgarian television journalist Viktoria Marinova — and her last broadcast was about the theft of hundreds of millions of euros from European Union-funded programs in her country.

Even those who had never heard of the so-called “GP scandal” certainly know about it now.

In the program, which aired just six days before she was killed, Marinova interviewed reporters from OCCRP’s Bulgarian partner, Bivol and its Romanian partner, the RISE Project.

Bivol, which broke the scandal in September, was itself threatened after publishing the story.

Veteran journalist Atanas Tchobanov, Bivol’s editor-in-chief, is not so sure that the crime was a random one.

“I personally believe that it is connected,” he says.

“The motives of this murder are not clear. Officials’ public statements have not been consistent or convincing, and we have no access to the reports.”

Tchobanov says that corruption is rampant in Bulgaria, that he has seen key evidence disappear from police files in previous high-profile cases, and that he doesn’t trust the authorities: “If [evidence] disappears, it can also appear, to promote a version the authorities like. They have been lying to cover sensitive affairs. Why should we trust their words now?”

So what is the GP scandal, and how might it be connected to such a horrendous crime?

The affair burst into public view on Sept. 10, when Bivol published the first of two stories alleging an elaborate scam by a group of companies surrounding GP Group JSC, a sprawling collection of manufacturers, building contractors, and petroleum-related companies based in the Bulgarian capital of Sofia.

“The main company was GP, plus a constellation of consultancy companies,” says Tchobanov. “Other companies used the same network,” which he says is ultimately connected to the Russian company Lukoil, oligarchs, Bulgarian politicians, and organized crime.

Bivol’s stories were based on 70 gigabytes of leaked data that included invoices, bank statements, and Excel spreadsheets. The files showed that the Bulgarian government was handing out state contracts, funded largely by the EU, to GP and related companies that were inflated by up to 30 percent. Participants concealed the schemes by keeping two sets of books, Tchobanov says.

For example, many of the contracts included large “commissions” — typically about US$ 50,000 — paid to mayors, deputy ministers, and top officials in agencies that control procurement in construction and agriculture.

In some cases, subcontractors underpaid workers and pocketed the difference.

The leaked documents showed that in just a few projects out of hundreds, consultancy companies linked to GP paid out $2.3 million in “commissions” on just $4 million in contracts.

The documents showed that the scam had two phases, he explains: The first “soft project” stage involved project design, impact assessments, and other planning work required by the EU; the second was the “hard project” stage or actual construction.

“Soft projects are relatively cheap,” he says. “To win, [the conspirators] sent their employees into the committees that decided about the tenders. They acted as experts but they were not independent. They were working for the companies and could twist the decisions in their favor.

“This was large-scale. Everywhere we looked, we found an employee on the committee. This is against the rules but they didn’t declare [their hidden interests]. [The experts] also moved from one company to another.”

The second phase involved winning the bids for the hard projects. “This is the big money, where the things actually get built. So now the company that did the study is linked to the company that wins the contract, sharing the same offices and employees.”

He says the end result was that GP became “the biggest construction winner of public procurements in Bulgaria, totaling 1 billion Bulgarian lev, or about $600 million.”

An Explosive Story Lights a Fire

On Sept. 12, two days after the first story was published, Bivol reporters got another tip: Employees at GP and the related consultancies, who are headquartered in the same building, were destroying evidence, Tchobanov says. “We alerted prosecutors and the prime minister’s office that they were panicking and destroying computers and documents.”

For two days, he says, officials “did nothing.” Finally, the prime minister ordered the police to investigate. The police, however, never showed up.

On the third day, Bivol got one more tip: Someone was burning documents in a field near the village of Egalnitsa, about 50 kilometers southwest of Sofia.

“It was a large quantity of documents, and they needed to do it someplace where they wouldn’t be seen,” explains Tchobanov. “Agriculture in Bulgaria is primitive in some areas, they burn over the fields after harvest.”

Bivol reported the tip to the anti-mafia police and sent two reporters to the scene: Bivol’s Dimitar Stoyanov and RISE Project’s Attila Biro, who was working with Bivol on a project investigating EU funding fraud.

Night had fallen by the time they reached Egalnitsa, but they still found a trail of evidence: Empty binders discarded on the roadside bore the names of EU projects; seven 120-liter bags full of shredded documents lay on a hillside.

As they looked through the bags by the light of their cell phones, two men appeared, guns drawn. “Police! Get down!” came the barked command.

The reporters did not resist as they were handcuffed to each other.

Though they identified themselves as journalists, the two were detained at the site for six hours. “Meanwhile, the burning is going on,” says Tchobanov. Police “lied ... that they were not detained, just being held while their identity was being checked.

“But we have the detention orders.”

The next day, police claimed that the reporters “were trying to harm the investigation,” which Tchobanov called a “blatant lie.” The incident “put our investigation into the headlines.”

It also confirmed the reporters were on the right track, he says. “If they are trying to destroy evidence, that means it is dangerous,” he explains. “The documents were coming from the building where GP and the consultancies were located. We recovered some of the documents and close examination shows they are related to the rigged projects.”

In the meantime, tipsters told Bivol its journalists were in danger, so the organization rushed to complete the next story, exposing more names, while alerting the authorities.

On Sept. 19, Bivol published a second story that showed how funds were routed through the consulting companies to two offshore corporations registered in the United Kingdom. Business and real estate transactions link the consultants and GP to organized crime figures, Russian billionaires, and to Valentin Zlatev, Lukoil’s chief executive officer in Bulgaria. According to leaked US government cables, Zlatev is very close to Bulgarian Prime Minister Boyko Borissov.

“We published invoices and bank statements showing how money comes to one company and then the same amount is immediately sent to the offshore,” Tchobanov says. “We have lots of rock-solid proof. We found lists of employees, gave examples of small projects, showed how they bought cars with EU funds and used them personally.”

“They’d buy expensive jeeps and claim they were used for tourism. They built houses and hotels under a project for hospices. We identified some of the people who received bribes, and some who paid them. We found political connections to more than one party.”

“We published all this Sept. 19, and only one business weekly [Capital.bg] even talked about it,” Tchobanov says. “They confirmed everything we had written about. But after that nothing happened until Viktoria and her team interviewed Attila and Dmitry” on Sept. 30.

Six days later she was dead.

‘I Regret It So Much’

Severin Krassimirov is the 21-year-old arrested Oct. 9 in Germany in connection with Marinova’s murder. He lives in Ruse, a city of about 150,000 on the Danube River about 300 kilometers northeast of Sofia.

Ruse is also where Marinova lived and worked, and where she went for a run through a riverside park around noon on that Saturday. Police say Krassimirov attacked her, struck her in the head, and ultimately suffocated her. They also say his DNA was found on her body and that some of her belongings were found at his home in Ruse.

Krassimirov told police he was under the influence of drugs and alcohol when the attack occurred and doesn’t remember exactly what happened. He was extradited from Germany to face charges in Bulgaria, and, in a court appearance in Ruse on Friday, Oct. 19, told reporters that he couldn’t believe he had done such a thing.

“I regret it so much. I cannot believe I did it,” he said before his lawyers shushed him. “Whatever I get, even if it is life in prison, I will serve it.”

Tchobanov, meanwhile, says the story is far from over, and that Bivol’s reporting is already having an impact. Bivol representatives “have already met with the chief of OLAF (the European Anti-Fraud Office) and its staff and provided them with evidence about the [GP scandal]. The prime minister has stopped procurement.”

But there is much more to be done. “This network has been building for nearly a decade,” he says. “It still exists. There are ongoing projects. Our evidence stops in 2015, and what has happened since then?”

Bivol, he says, will be coming out with the third installment in the story soon.