Russian Businessman Behind Unrest in Macedonia

A Russian billionaire living in Greece has given hundreds of thousands of euros to Macedonian opponents of the country’s proposed name change. The recipients include football hooligans who have rioted in the capital. 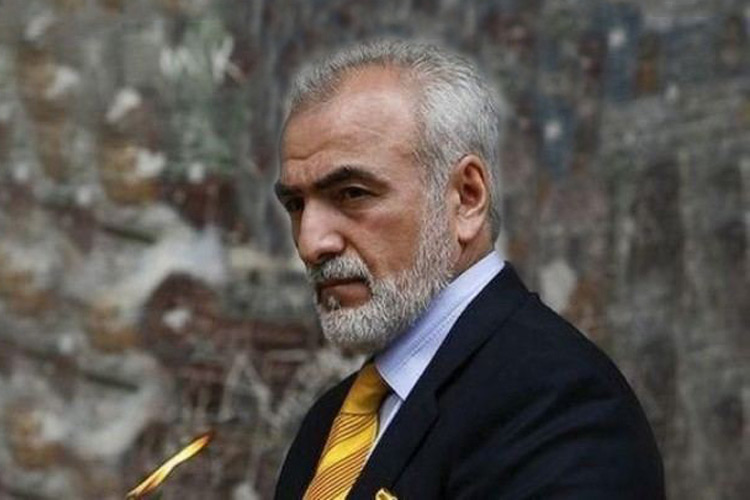 Macedonia’s prime minister has accused “Greek businessmen” sympathetic to Russia’s interests of fomenting unrest in the country over its proposed name change, which — if it goes forward — will finally enable it to join NATO.

Now, interior ministry documents seen by the Investigative Reporting Lab Macedonia, a partner of the Organized Crime and Corruption Reporting Project (OCCRP), reveal the source of at least some of the payments: At least 300,000 euros were given to opponents of the renaming by Ivan Savvidi, a Russian billionaire living in Greece who was formerly a member of the Russian parliament.

These payments were made to over a dozen Macedonian politicians from various parties, members of recently founded radical nationalist organizations, and soccer hooligans from the Vardar club who participated in recent riots.

For nearly thirty years, Macedonia’s formal name — the Former Yugoslav Republic of Macedonia (FYROM) — has been at the heart of a diplomatic rift between the country and its neighbor, Greece. Athens opposed the name, fearing that it suggested that Macedonia had designs on Greece’s northern province, which is also called Macedonia.

The dispute was so serious that it prevented Macedonia from joining the NATO alliance due to Greece’s insistent objections.

The tables turned last month when the two countries agreed that the Former Yugoslav Republic of Macedonia would now go by the name Northern Macedonia.

The agreement ended the longstanding dispute and opened the door for Macedonia to join NATO.

Indeed, shortly afterwards, NATO issued Macedonia a formal invitation to join the alliance. Macedonia’s Parliament has ratified the agreement, but President Gjorge Ivanov has twice refused to sign the law. The government hopes to get the new name approved in a public referendum at the end of September. An affirmative vote by parliament would then also be needed.

Meanwhile, nationalist opponents of Macedonia’s new name have taken to the streets.

On the day after Macedonia signed the agreement with Greece, protesters chanted “Macedonia for Macedonia” on the streets of the capital, Skopje. A crowd of about 1,500 demanded that pro-western Prime Minister Zoran Zaev step down. A molotov cocktail was thrown at the parliament building but caused no damage. Twenty-six people were arrested.

Now, reporters have found, at least €300,000 were paid to Macedonian opponents of the new name by Ivan Savvidi, a Georgian-born billionaire who now lives in Greece, but has spent most of his life in Russia and was once a member of the country’s parliament as a member of the ruling United Russia party.

Russia has also been involved in protests in Greece over Macedonia’s name change. Last week, Greece announced that it had expelled two Russian diplomats for paying opponents of the name deal and encouraging rallies against it. It also banned two other Russian diplomats from entering the country.

Moscow has denied the claims and condemned Athens’ move as unfounded. Heather Nauert, the US State Department spokeswoman, tweeted that the U.S. is supporting Greece in defending its sovereignty. “Russia must end its destabilizing behavior,” the tweet said. 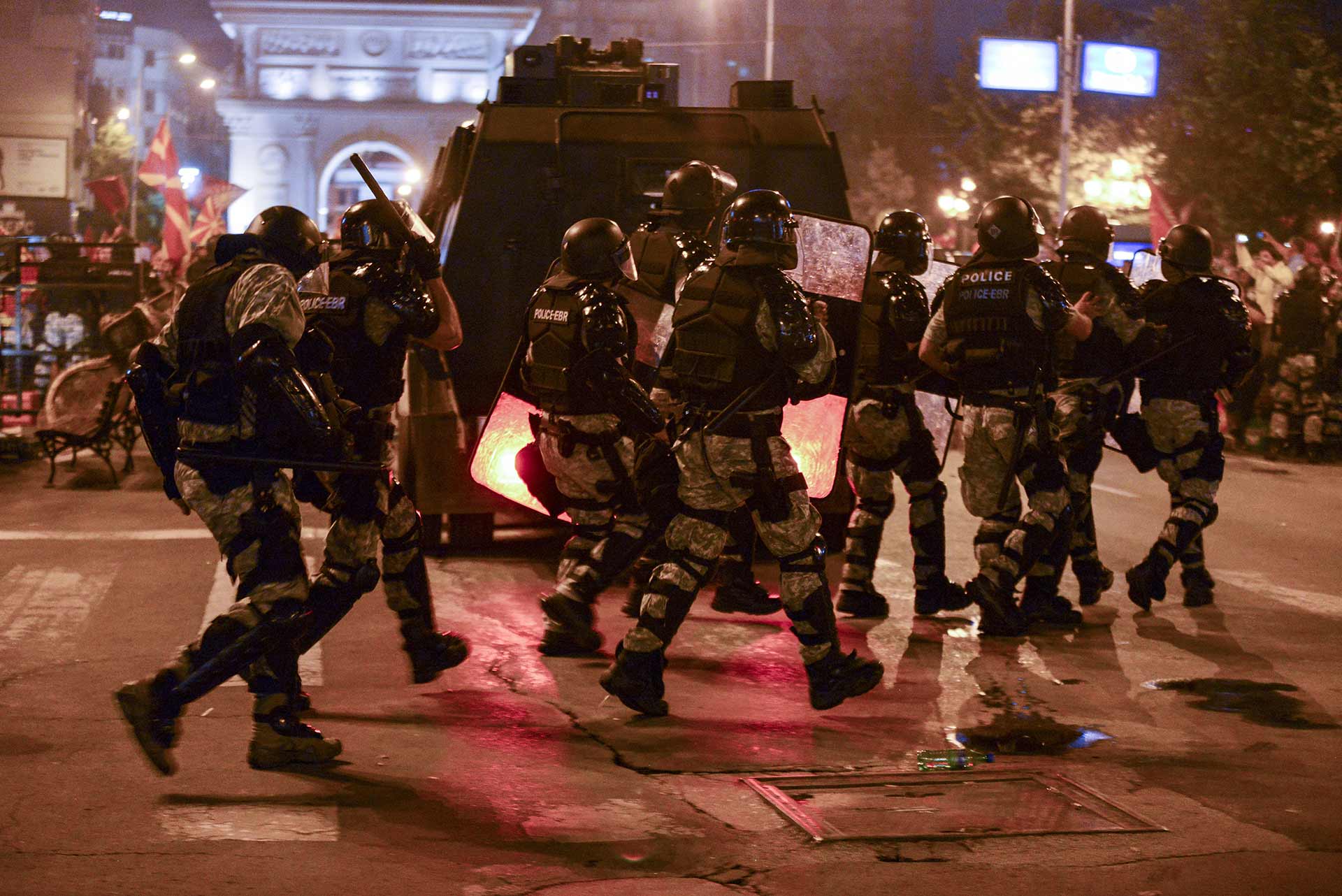 Riot police face off against protesters in the centre of Skopje, capital of the Republic of Macedonia. Credit: Robert Atasanovski

The Georgian-born Savvidi, also known as Savvidis, made his fortune in the privatization of what would become Russia’s largest tobacco company. He is one of Russia’s wealthiest businessman, with an estimated wealth of US$2 billion. After moving to Greece in the mid-2000s, he purchased the PAOK football club and various media outlets, and his business empire now dominates the country’s second city of Thessaloniki.

Documents seen by reporters show that Savvidi transferred the funds to Macedonia in a series of payments. Some of these were made in cash and carried over the Greek border by hand; other methods were also used. Police sources who asked to remain anonymous say an investigation of the transfers is ongoing, along with a separate investigation of businesses who may be undermining the peace and security of the region.

Reporters for the Investigative Reporting Lab confirmed the businessman’s transfers with some of the recipients and with financial institutions.

The recipients who confirmed the transfers were a group of football hooligans associated with the Komiti, a fan club of the Vardar football team. The same men had taken part in the violent protests in Skopje, and ten were arrested. One of the participating hooligans confirmed to reporters that the group had received cash from Savvidi. The documents also show that some members of the group disagreed with receiving the payments.

The Komiti is well known for its ties to politics, especially the ousted VMRO-DPMNE party, and it has been used in the past to initiate political violence.

The Vardar football club is owned by the Russian millionaire Sergey Samsonenko, who, like Savvidi, lived in the Russian city of Rostov. He now lives in Skopje and is Russia’s honorary consul in the Macedonian city of Bitola.

Komiti’s former leader, Aleksandar “Zuti” Kolevski, was denied entry into Greece this weekend as a persona non grata because he posed a “danger for the public peace and security, internal security as well as the international relations of Greece,” according to Greek documents obtained by the Investigative Reporting Lab.

Contacted by reporters, Kolevski said, “I am no security threat. All I do is out of love for the country. I haven’t received any money. I am a pure fan of Vardar.”

Savvidi did not respond to reporters’ questions by the time of publication.

The police investigation is ongoing.

BuzzFeed contributed reporting to this story.