It’s known as “Venice outside Moscow.”

Located in the Odintsovo district about 20 kilometers from the busy rush of Russia’s capital, Millennium Park is a peaceful resort of luxurious dachas and opulent mansions, all interconnected by a network of man-made waterways and pedestrian paths. Many of Russia’s elite have made this village, advertised as resembling Europe, their home. 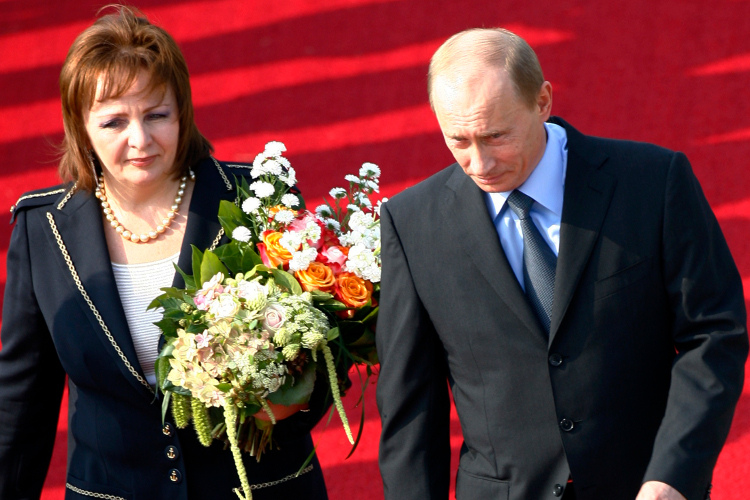 “The area is very beautiful; 40 percent of the village consists of parkland, waterside, and pedestrian areas,” a real estate agent representing Villagio Estate, the developer of the project, tells reporters. “It’s a closed settlement; the perimeter is guarded and the general public cannot enter. I don’t want to name specific names, but famous people live in each of our villages, from artists to ministers.”

Reporters from the Organized Crime and Corruption Reporting Project (OCCRP) didn’t find any ministers among Millennium Park’s residents. But they did discover that a large plot of land there was purchased by a woman named Lyudmila Alexandrovna Ocheretnaya — almost certainly the same Lyudmila Alexandrovna Ocheretnaya who was formerly married to President Vladimir Putin.

Ocheretnaya bought 2.4 hectares of land in the upscale community in 2016. She sold it the following year for an unknown sum.

Lyudmila Ocheretnaya also has other pricey real estate. Last April, reporters for OCCRP and Meduza revealed that since 2013, the man believed to be her current husband, Artur Ocheretny, has owned a luxurious villa on the French coast in Biarritz worth over €6 million. (According to the French land registry, the villa is now registered to Ocheretny’s company.)

What is noteworthy about Ocheretnaya’s newly revealed real-estate dealings is that, given the publicly available information about her wealth and sources of income, it’s difficult to imagine where the money could have come from.

It is widely speculated that her former husband, Vladimir Putin, has access to millions. But, though many around him have grown rich, he has kept himself “formally” clean. “I lived like a normal, average person, and I’ve always stayed connected to that,” he says in his official biography.

In an interview with the American journalist Oliver Stone, Putin denied having the kind of wealth often attributed to him. “It’s all nonsense. If that were true, it would have been revealed long ago,” he said.

Indeed, the income declarations he has made over his political career don’t point to fabulous wealth.

Nor does it seem, over the course of their thirty-year marriage, that Lyudmila Ocheretnaya benefited all too much from her husband’s political success.

And she didn’t gain any significant wealth when they divorced; according to his subsequent income declaration, all of the president’s assets stayed with him.

A Business to Call Her Own

Since being freed from the obligation to declare her income, Ocheretnaya’s wealth has grown quickly.

As far as can be judged from available records, this has come primarily through a Moscow-based non-profit organization called the Center for the Development of Interpersonal Communication, which was founded in 2000 by people close to Vladimir Putin.

Ocheretnaya (then still Putina) has been known as the organization’s unofficial patron since its founding. As Russia’s first lady she rarely attended public events, but frequently appeared at those organized by the Center.

(Moreover, the Center’s director, Artur Ocheretny, is believed to be Lyudmila’s new husband.)

The organization has apparently been engaged in a range of activities, from various kinds of professional trainings to stress and health workshops (examples include “Brain gymnastics,” “Basic types of movement,” and “The Mage Archetype”).

But it is in real estate that Ocheretnaya has managed to profit handsomely from the organization.

For years, the Center has owned an old mansion on Vozdvizhenka Street, just steps away from the Kremlin in central Moscow. This historic building, which dates to the second half of the 19th century, is believed to be the prototype for the mansion of Prince Bolkonsky, as described by Tolstoy in the novel War and Peace. 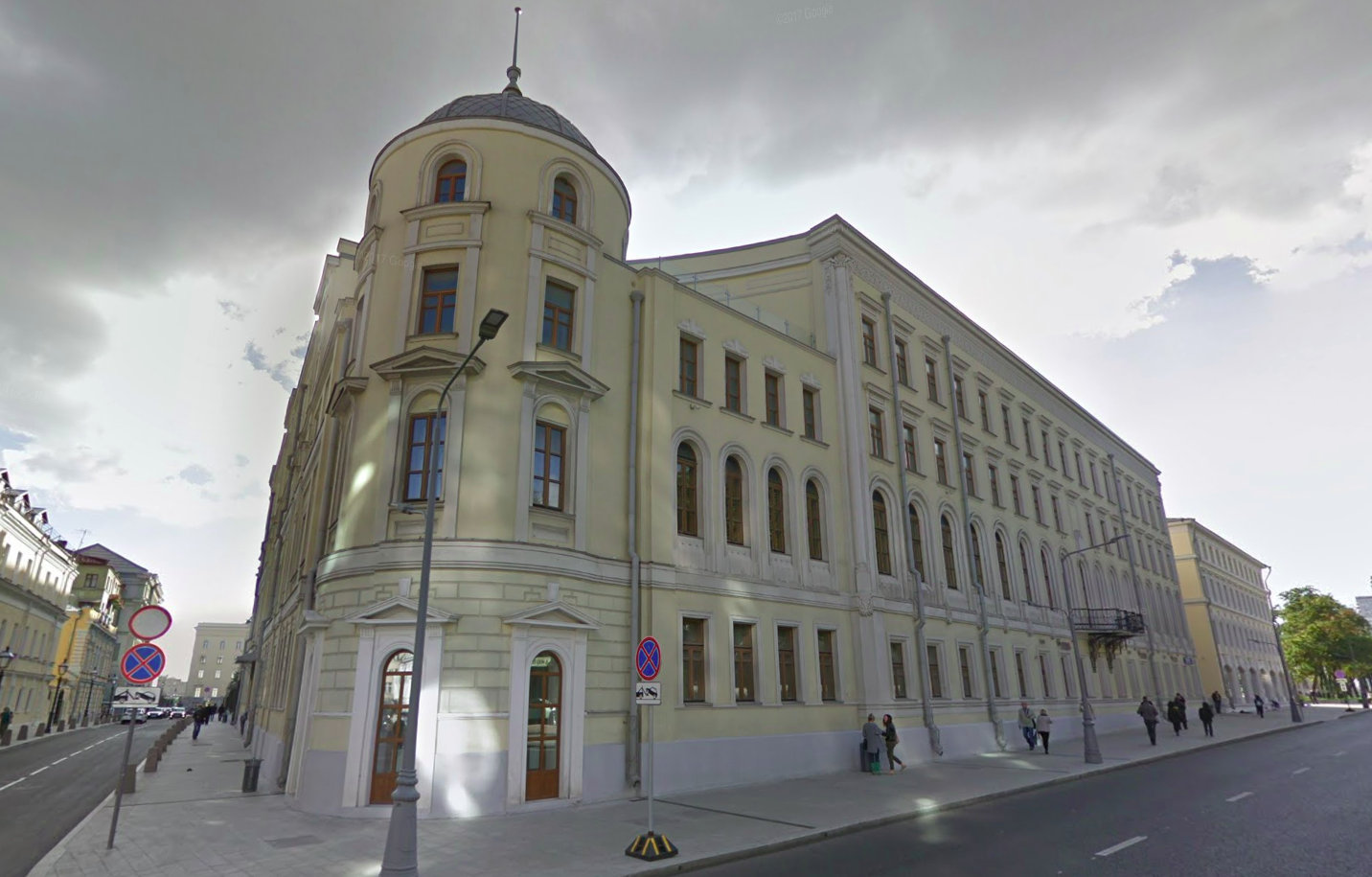 A historic mansion on Moscow’s Vozdvizhenka Street belonging to the Center for the Development of Interpersonal Communication. Credit: Google Street View

The building was administered by the presidential administration until its ownership was transferred to Lyudmila’s NGO in 2005. The state land register has nothing to say about how, and in what circumstances, a mansion of more than 7,500 square meters and a value of over 2.4 billion rubles (around 86 million US dollars) ended up in the organization’s possession. The “reason for transfer” section in the register remains empty.

In 2010, another four-story building with two basement levels was built next to the mansion. This new building, too, belongs to the Center.

But it seems that most of the revenue from the buildings does not go to the NGO itself, but instead to a company called Meridian. Since 2011, this firm has taken out long-term leases in both buildings and sub-leased the properties at profitable rates. Among its tenants are the state-owned VTB bank and Sberbank; a Japanese restaurant, a Burger King, and a microfinance organization called the Moscow Mortgage House.

As it turns out, the owner of 99 percent of Meridian is Ocheretnaya herself (though she appears in company records under her maiden name, Lyudmila Shkrebneva). She acquired the company in 2014, the year after her divorce from President Putin, despite the fact that she had almost no income just a year prior.

The remaining one percent of Meridian is held by Tatyana Shestakova, who is no stranger to Russia’s first family. Shestakova is the wife, or possibly the ex-wife, of Vasily Shestakov, a former Duma deputy for United Russia who is also an old friend and judo sparring partner of Vladimir Putin.

Millions of Rubles — But Not Enough

Shestakova is also the woman who sold Ocheretnaya the land in Millennium Park.

And even Ocheretnaya’s profitable relationship with the NGO isn’t enough to explain how she paid for it.

Meridian makes tens of millions rubles per year, but even that only goes so far. In 2014 and 2015, just before Ocheretnaya bought the land, the company made 77.8 million rubles (just over $1 million) in profit — a bit more than a fifth of the land’s estimated price. 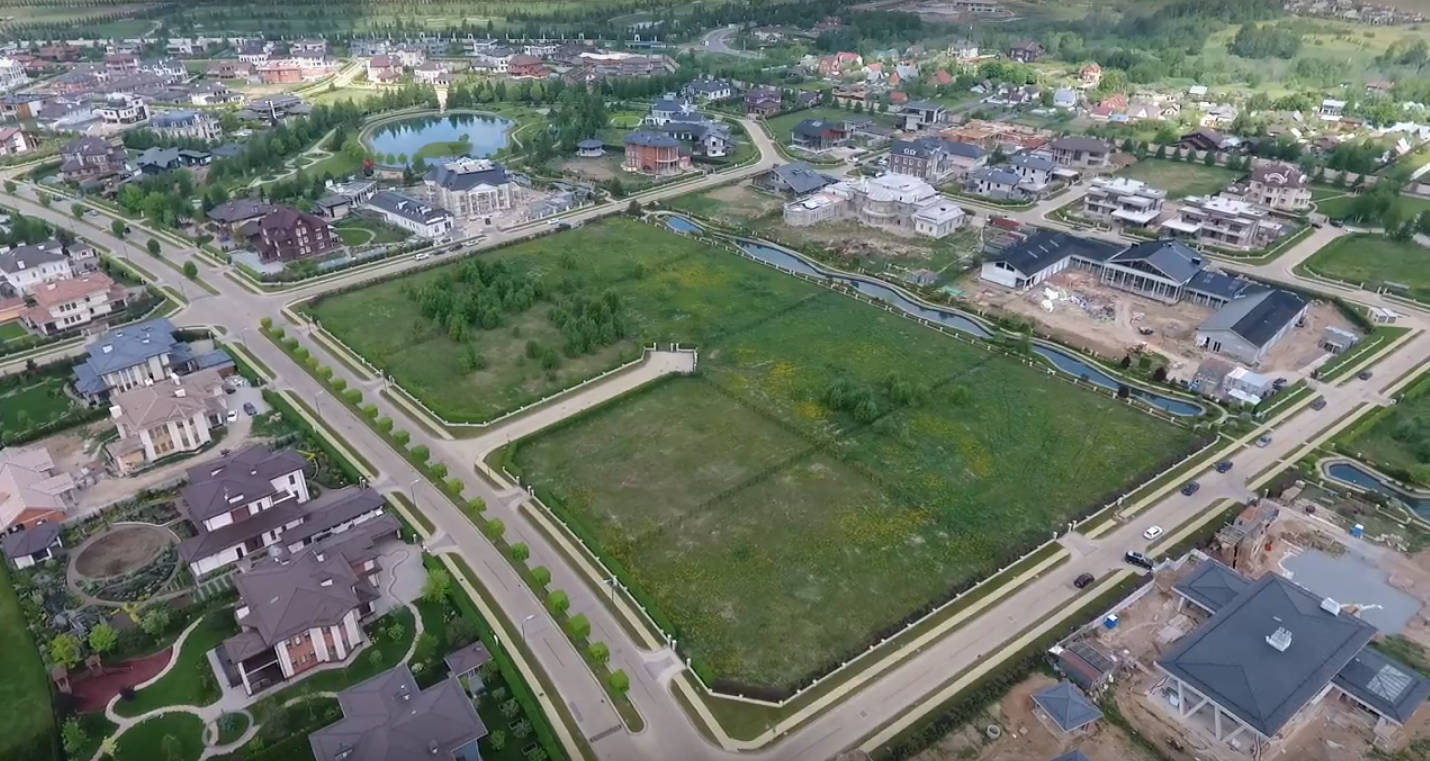 How much Ocheretnaya paid for the land is unknown, but reporters were able to calculate its probable worth.

According to Cian, a real estate website, the average cost of a 100 square meter plot in the Millennium Park village is about 1.6 million rubles (almost $26,000).

Similar estimates are given by real estate developers who work in the Moscow region. “According to our figures, the average cost of a 100 square meter plot of land in [Millennium Park] is 1.8 million rubles,” says Mikhail Afrikanov, the director of a different elite development.

Consequently, based on the size of Ocheretnaya’s plot, the land she acquired could cost between 384 million and 432 million rubles (between $5 and $5.5 million).

But she didn’t stay at Millennium Park for long. In November 2017, just 18 months after buying the land, she sold it to Irina Punia, the wife of the Russian pharmaceutical entrepreneur Vikram Punia.

In a phone conversation with reporters, Punia confirmed that his family had bought land in Millenium Park, but said he didn’t know the identity of the previous owner, since he had dealt with real estate agents. He did not disclose how much he paid.

It is not known where Ocheretnaya actually lives. She didn’t find a home in Millennium Park — and, at least as of last fall, her villa in Biarritz also stood empty.

An OCCRP reporter was on the scene then, half a year after its ownership by Ocheretny was first reported. A protective black material covered the sculptures on the semicircular porch. Window frames stood without glass, and missing walls allowed reporters to see inside the building.