An alleged Russian “front man” for Equatorial Guinea’s kleptocratic ruling Obiang family counts two notable Ukrainian businessmen among his associates: One is a former security official who was once imprisoned for smuggling missiles to Iran; the other is an arms dealer with business interests throughout Ukraine’s civilian airports. 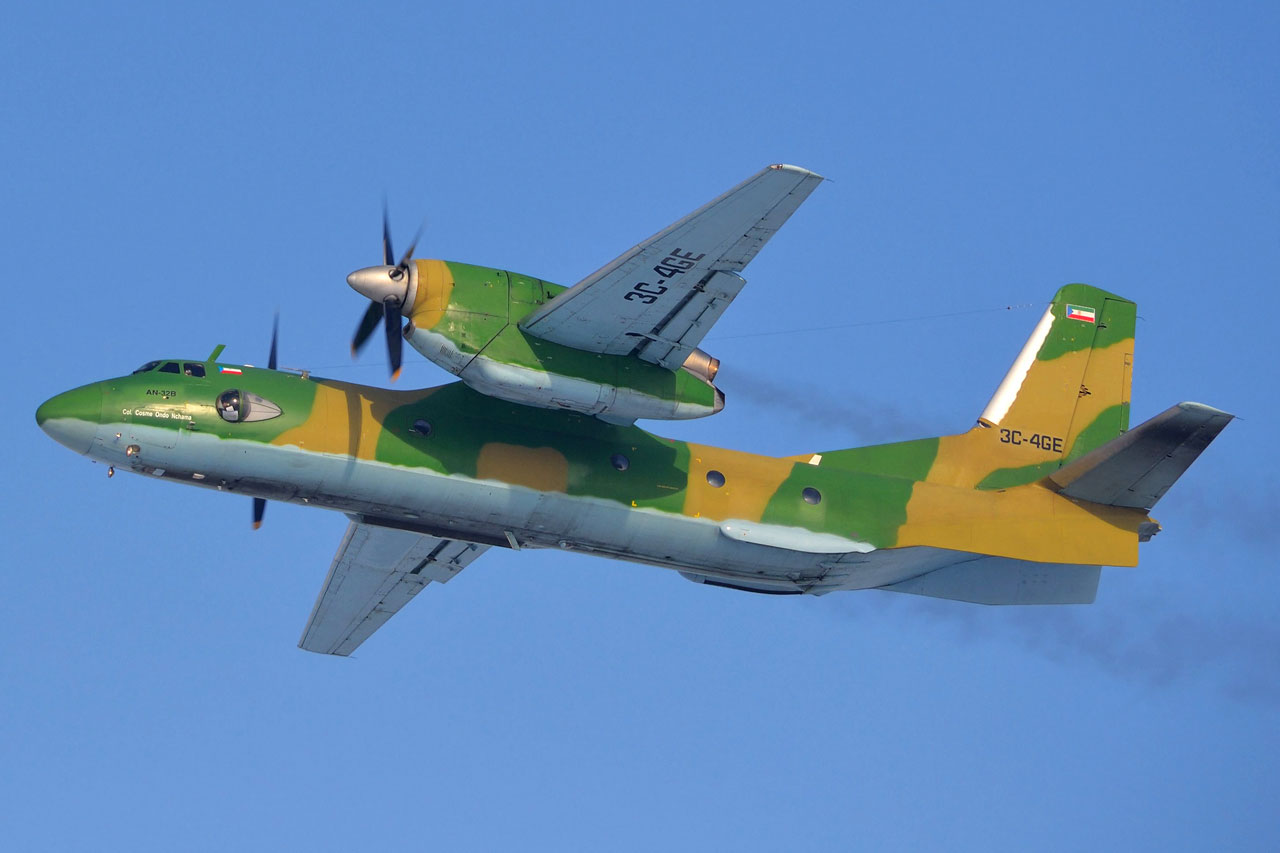 An Antonov 32-B plane, now in Equatorial Guinea colors, photographed in December 2012 at Kyiv’s Zhulyany airport. The plane was obtained for the country by Avia Star, a Panamanian company owned by Ukrainian businessman Roman Chelnokov. (Photo: Artem Batuzak)

The Russian, Vladimir Kokorev, now 63, was arrested in Panama in 2015 along with his wife and son on allegations that they had played a key role in facilitating the looting of the tiny West African country by the family of Teodoro Obiang Nguema Mbasogo, the world’s longest-serving president. They were then reportedly extradited to Spain, have recently been released on bail, and are awaiting trial.

The money likely represents a mere drop in the bucket for President Obiang, who rules a country ranked the 10th most corrupt in the world by Transparency International. In October, a French court convicted the president’s son, Teodorin Obiang, of embezzlement and seized over $100 million worth of his assets in France, according to media reports. (The younger Obiang is also Equatorial Guinea’s vice president.) 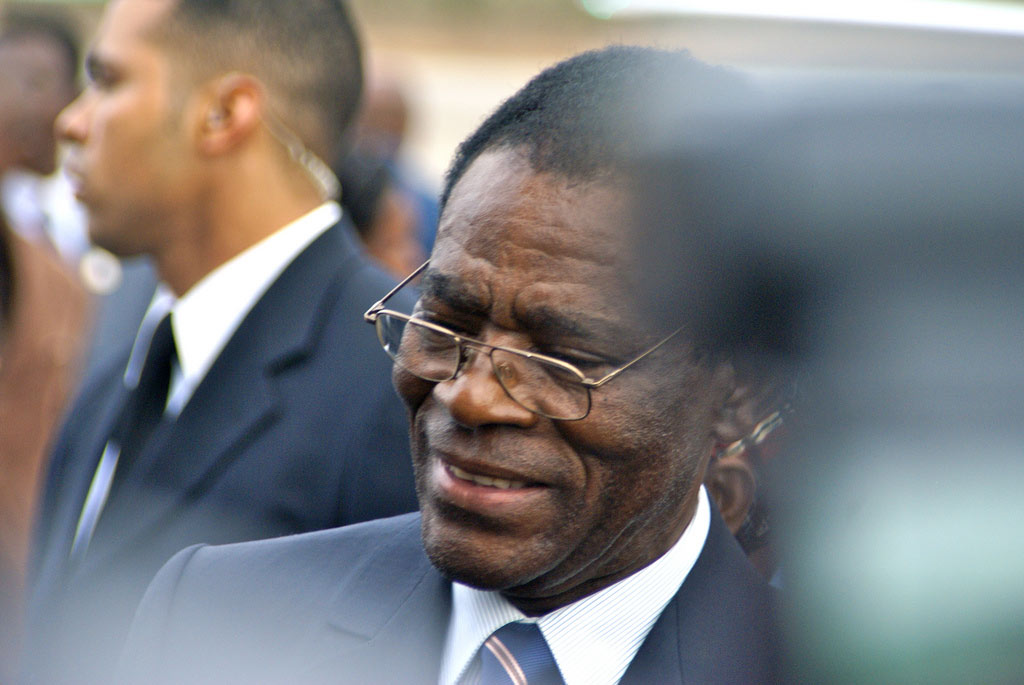 The Organized Crime and Corruption Reporting Project (OCCRP) has previously reported on Kokorev’s role as a key player in the Obiangs’ Eastern European business network. Reporters uncovered that the network also involved Vladimir Stefanov, a Lithuanian businessman who managed a fleet of cargo ships tied to Equatorial Guinea’s dictatorial regime.

But a fresh investigation has now found ties between Kokorev and two colorful Ukrainians who have also both done business in Equatorial Guinea: Vladimir Yevdokimov and Roman Chelnokov.

Yevdokimov, a former member of Ukraine’s security services, was sentenced to six and half years in prison in 2005 for selling 12 Kh-55 cruise missiles — a type designed to carry nuclear warheads as far as 3,000 kilometers — to Iran and China in the early 2000s. The sale to China raised fears at the time that the missiles could have been intended for transfer to North Korea; the sale to Iran was viewed as threatening to Israel. 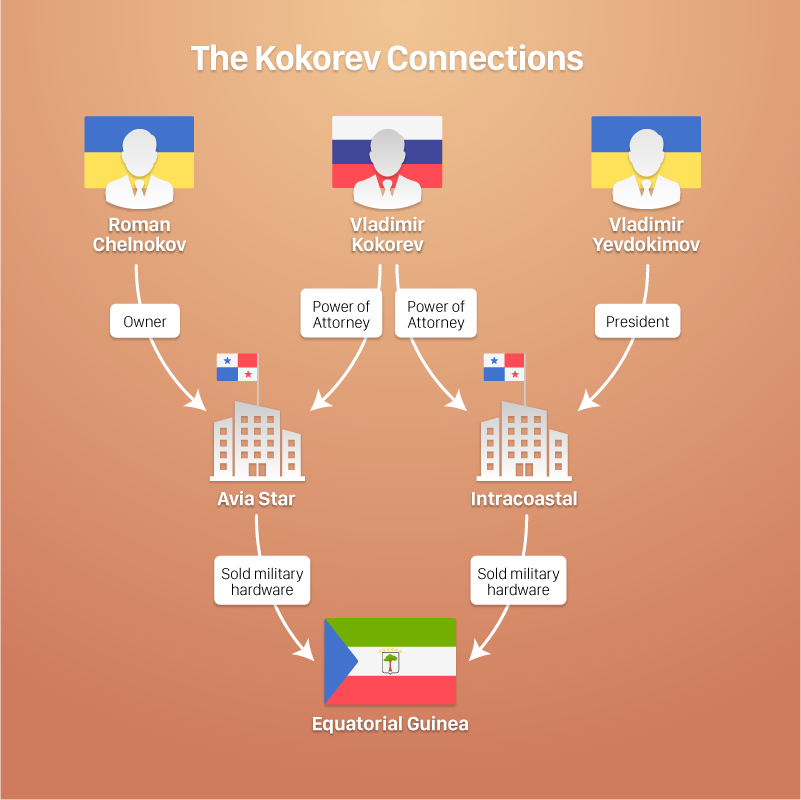 Click to enlarge. (Edin Pasovic, OCCRP) Chelnokov, Equatorial Guinea’s honorary consul to Ukraine, is a businessman involved in the arms trade who also has a range of civil aviation businesses, including aerial surveying and ground handling services at the country’s airports. In 2014 and 2015, he was effectively in charge of handling senior government officials and foreign dignitaries at Kyiv’s main airport.

The two Ukrainians are tied to Kokorev via two companies in Panama, an offshore jurisdiction that allows for a high level of corporate secrecy. The country was also the base of Kalunga Co. SA, a company at the center of the earlier allegations against the Kokorevs.

Both of the Panama companies that tied Kokorev to the Ukrainians have been used to sell military and other equipment to Equatorial Guinea, documents obtained by OCCRP show. 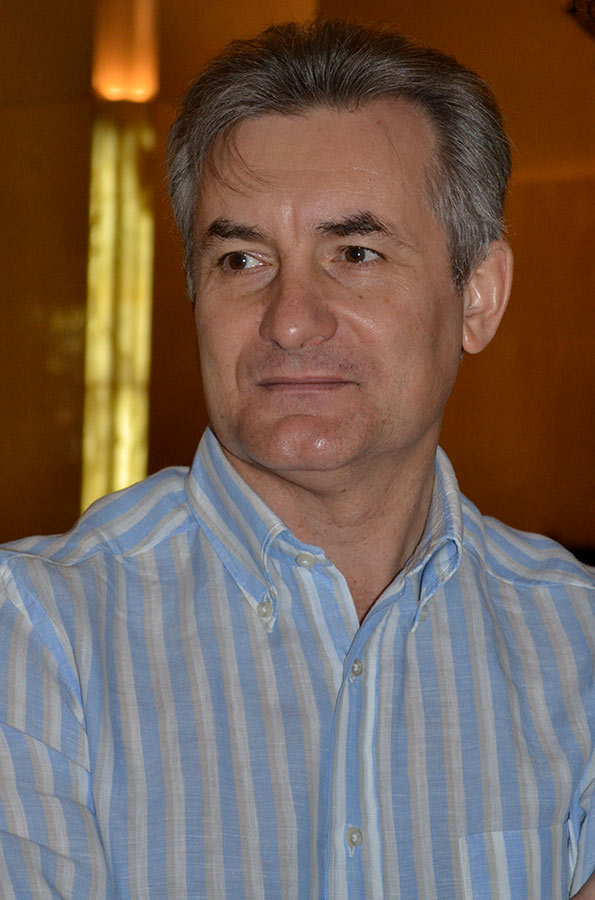 Vladimir Yevdokimov. (Photo: Honorary Russian Consulate in Equatorial Guniea) The files show that Yevdokimov, the convicted missile smuggler, has been the president of one of the Panama companies, Intracoastal Trading Services S.A., since 2013.

OCCRP has previously reported that, in the same year, the power of attorney to do business on behalf of Intracoastal was granted to Kokorev and his wife Yulia, the Lithuanian businessman Stefanov, and Fausto Abeso, Obiang’s son-in-law and current civil aviation minister. Reporters were unable to determine the company’s ultimate owners, as they are hidden behind nominees.

It is unknown whether Intracoastal continues to trade military equipment with Equatorial Guinea today.

Ukraine promised transparency in its investigation of Yevdokimov’s missile smuggling. But he was tried in secret and details of the trial were never made public.

As a result, Yevdokimov’s gang continued their activities unchecked. They were exposed again in December 2009, when a Il-76 transport plane carrying arms from North Korea to Iran was intercepted at Bangkok Airport in another case that generated international headlines.

In 2013, a UN investigation revealed that Iurii Lunov, a Ukrainian, and Aleksandr Zykov, a Kazakhstani citizen, had organized the 2009 shipment, along with a third man. Both had featured prominently in the 2000-2001 missile smuggling to Iran and China that landed Yevdokimov in jail, according to his lawyer Bohdan Ferents.

“They [Lunov and Zykov] were Yevdokimov’s partners in the [2000-2001 cruise missile] deal,” says Ferents. “They testified as witnesses for the prosecution [in order to avoid being charged themselves]. It was impossible for Yevdokimov [to testify for the prosecution], because it was recorded that he flew [to Tehran] … and when it became a question of personal [criminal] liability — interests diverge.”

The UN panel of experts called for Zykov and Lunov to be placed under sanctions in 2013. However they are not on the current UN sanctions list.

But Yevdokimov’s continued links with the country are clear. In 2011, after being freed from Ukrainian prison, he reappeared there as Russia’s honorary consul.

Trade figures obtained from Import Genius show that, over the next two years, another firm directed by Yevdokimov in Cyprus, Volgen Trading, sent three engines for Ilyushin and Antonov aircraft from Equatorial Guinea to Russia for an unknown purpose. The same firm was mentioned as part of Yevdokimov’s missile smuggling scheme in a formal request for information by a Ukrainian legislator.

The Spanish newspaper El Pais reported earlier this year that Yevdokimov’s name turned up in documents relating to the local investigation into Kokorev.

“We Try to Help Each Other”

Chelnokov told reporters he owns Avia Star SA, a Panamanian company for which registry documents show Kokorev held power of attorney from 2005 to 2013. 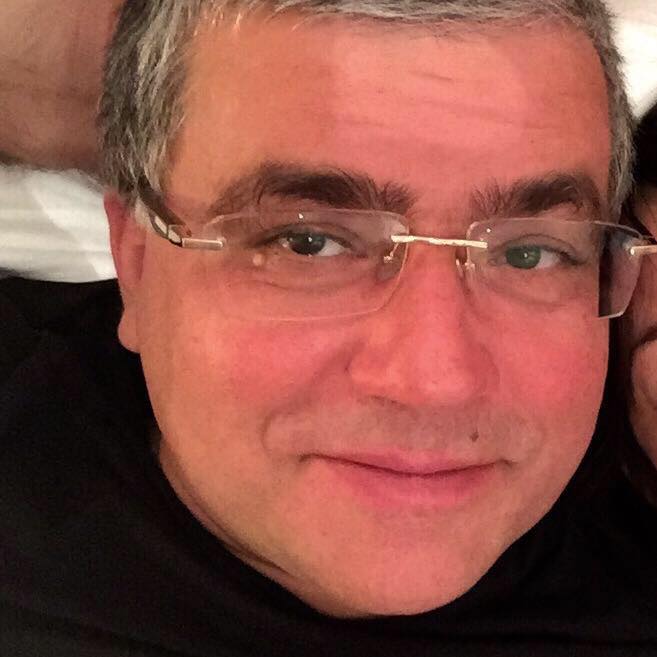 Roman Chelnokov. (Photo: Facebook) According to its website, Avia Star has also been used as a vehicle to sell aerial photography services to Equatorial Guinea.

But what’s more, just like Intracoastal, Avia Star was used to sell Ukrainian military equipment to Equatorial Guinea. In 2008, acting on behalf of Equatorial Guinea, the company purchased an Antonov 32-B transport plane from Ukraine’s state-owned Aviant for almost $8 million, according to details of the contract contained in a Ukrainian court document. Avia Star continues to maintain and crew the plane.

The aircraft was featured in a parachuting display by Equatorial Guinea’s airborne forces on August 3, 2015, which was held to mark the anniversary of the so-called “Coup of Freedom” that brought Obiang to power in 1979, according to the court documents.

Chelnokov is also a player in Ukraine’s civil aviation sector. He is the chairman of the board of directors of AAC Ltd., a leading provider of aerial photography services. AAC’s affiliates include Columbus Handling, a ground handling company active in at least three of the country’s airports. Chelnokov once ran a VIP section at Kyiv’s second airport, Zhuliany, he said in an interview with OCCRP.

Most significantly, he was the man in effective control of the “Hall of Official Delegations” at Kyiv’s main Boryspil Airport from 2014 until spring 2015. Run by the State Management of Affairs, an agency which falls under the administration of President Petro Poroshenko, the hall is the terminal favored by senior government officials and visiting foreign dignitaries, including Joe Biden, then US Vice President, who passed through in December 2015.

In the final pages of his memoirs, Biden recalls his flight into Kyiv that day, on which he prepared a speech to Ukraine’s parliament he believed could tip the balance between success and failure of Ukraine’s 2014 revolution.

By his own account, Chelnokov was brought in to reorganize the terminal by the Ukrainian president’s administration in mid-2014.

“It was Poroshenko’s team that asked me to introduce order,” Chelnokov told OCCRP. “I can’t say who, but it was a top Ukrainian politician.”

However, his management team soon came into conflict with workers at the facility. In interviews with OCCRP, each side accused the other of using the facility as a cover for smuggling.

In his interview with reporters, Chelnokov praised Obiang as “one of the outstanding heads of state in the contemporary world ” and said that he close with Fausto Abeso, the Obiang son-in-law who is tied to Intracoastal.

“I call him my brother – we are very close friends,” Chelnokov said.

Chelnokov was made Equatorial Guinea’s honorary consul to Ukraine over a decade ago. By his own account, he organized Obiang’s first state visit to Ukraine in 2004.

But, he said, though he is not partners with Kokorev or Evdokimov, “we [all] collaborate with the government of Equatorial Guinea and therefore we try to help each other as much as we can, including with information.”

With additional reporting by Olha Yevstihnieieva.