Two men convicted of serious crimes—one of attempted murder, the other of soliciting a murder—are free because the Czech Republic and Armenia can’t agree to swap the criminals in the interests of justice. 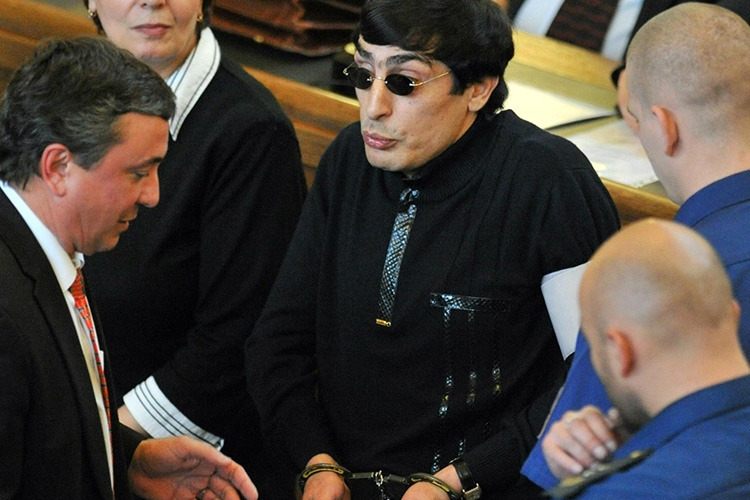 It is unclear whether a simple bureaucratic tangle is to blame or if the two countries are thwarting each other on purpose, but the end result is that justice is not being served.

Organized crime and political skullduggery are part of both stories – along with an astonishingly inept assassin-for-hire who twice missed his mark, seriously injuring one innocent victim and killing a second while his actual target remained unscathed.

The two men’s alleged crimes are unrelated and occurred a decade ago in different countries. The accused—Andranik Soghoyan and Robert Yeritsyan—are both Armenian citizens but have little else in common. Yet, by a twist of fate, one may owe his liberty to the other.

‘Vor v zakone’ not a great judge of talent

The more spectacular of the two crimes involves the violent underworld of the Russian mob. Soghoyan’s nickname is “Zap” or “Zaporozhets” – allegedly due to his resemblance to the legendarily sturdy Russian car. According to various testimonies in Prague court cases, he was crowned “vor v zakone”- a “thief in law,” or the boss of a post-Soviet organized crime group - in Moscow in 1994.

By the end of October 2007, Soghoyan was running a gang in Prague - and he was unhappy.  One of his mobsters had violated the thieves’ code, refusing to pay $500,000 into the “obšak,” a kitty to which members of a criminal group more-or-less voluntarily contribute. The code requires 50 percent of all criminal proceeds to be “donated,” with the collected sums used for such things as supporting members’ families when they are jailed or killed.

Refusing to contribute was simply not acceptable. Soghoyan and four of his henchmen plotted first to extort and, later, to kill the rebellious mobster.

Two weeks later, on Nov. 13 in Prague’s busy Wenceslas Square, two armed men approached a luxury Mercedes S-320, while a third stayed behind in a more modest SEAT Leon hatchback. According to court testimony, their aim was to warn the rebelling thug to “respect the instructions of [Soghoyan’s right-hand man] Gilani Alijev and do not beat his people, otherwise Gilani Alijev [would] take different measures next time.”

But the man driving the Mercedes did not react as expected. He seemed not to know what was going on. To bolster the show of force, the third assailant got out of the Leon and joined his comrades. They pulled the Mercedes driver out and stabbed him in the belly. Witnesses described a grisly scene, with the man shouting in a foreign language as blood spurted and tiny down feathers spun crazily from his winter coat.

He was the wrong man. The intended target had lent his Mercedes to a friend.

The victim survived the stabbing and later testified in court. But the message had been delivered, and the rebellious mobster contributed his missing half-million.

That wasn’t enough to save him, however. 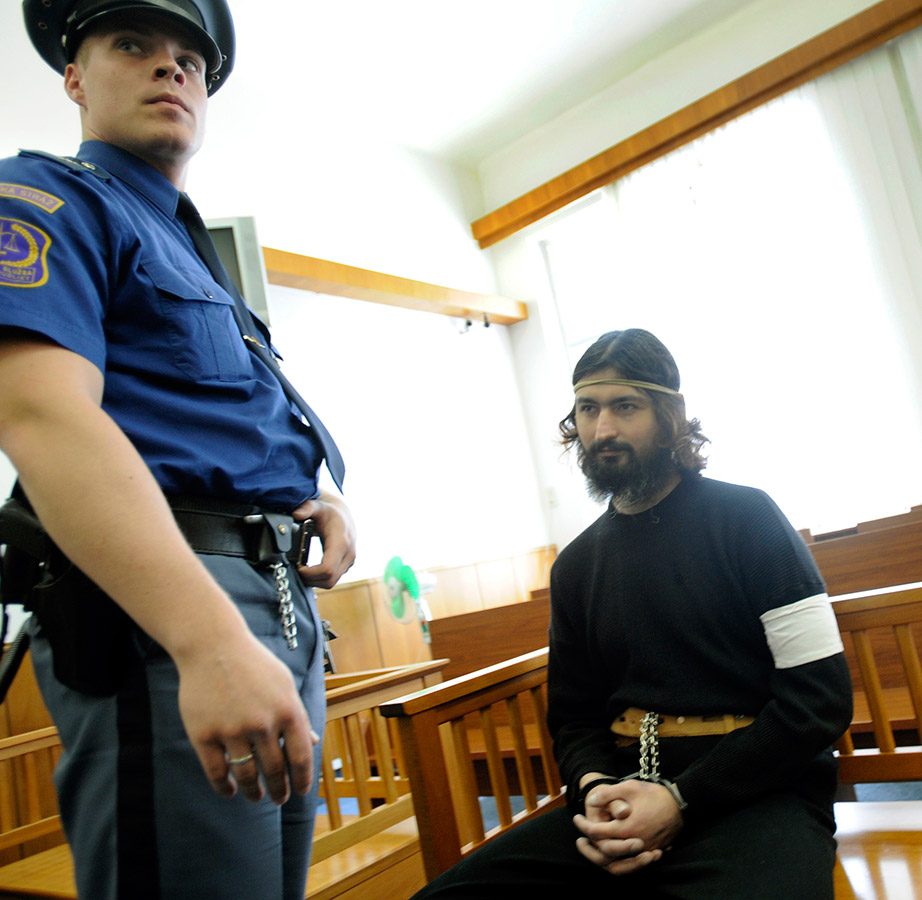 Accused Ukrainian assassin Timur Tretyakov, who twice attacked the wrong victims, appeared in a Prague court calling himself “God’s slave.” (Czech Press Agency photo) Soghoyan resolved to try again and opted to use the same Ukrainian assassin, Timur Tretyakov, who had already stabbed the wrong Armenian in Wenceslas Square. Two weeks after that mistake, he was given a ČZ 75 Luger handgun, 100,000 Czech crowns (about US$ 5,500) and told to kill a man driving a black Bentley Continental on U Kanalky Street in Prague’s quiet residential quarter, Vinohrady.

And again he hit the wrong victim.

This time he fatally shot an innocent bystander -- the driver of former lottery king Aleš Hušák – who had the bad luck to be driving a similar Bentley at the wrong time and place.

To verify the hit, Tretyakov approached the body, removed the ID from his pocket and found out he had killed the wrong man. He dropped the gun and fled. Later in court, he maintained his innocence, describing himself as just “God’s slave.” He received a life sentence, later reduced to 22 years.

For his role in soliciting the murder, Soghoyan was sentenced to 22 years, but the court later ruled the testimony wasn’t credible. Though the prosecutor appealed, Soghoyan fled to Armenia, where he was captured in October 2014. Although the Armenian Ministry of Justice sought to keep him in custody, he was released three months later, on Jan. 23, 2015. It is unclear why.

Armenian law prohibits the extradition of Armenian citizens to other countries, but Armenian courts could have upheld the Czech court’s sentence by imprisoning Soghoyan in Armenia. It is possible that this refusal influenced a later Czech decision regarding the second man in the equation: Yeritsyan.

A decade ago, the Yeritsyan family was one of the most influential in Armenia. Albert Yeritsyan had established a supermarket chain called Yeritsyan & Sons and operated a large butcher’s business, Atenk. In 2008 he was elected mayor of Arabkir, a commercial and industrial district in Yerevan with a population of about 117,000.

After his entry into politics, things quickly headed downhill - mostly thanks to his son Robert, who was alleged to have stabbed a supporter of Hovhannes Shahinyan, the incumbent mayor his father ran against, in a fight. But when police came to Albert’s campaign office to arrest Robert, he was nowhere to be found. Albert Yeritsyan denied that his son was involved, and it is unclear if a case was ever filed.

The following year, in the spring of 2009, Robert Yeritsyan found himself in far more serious trouble. He was charged with attempted murder. 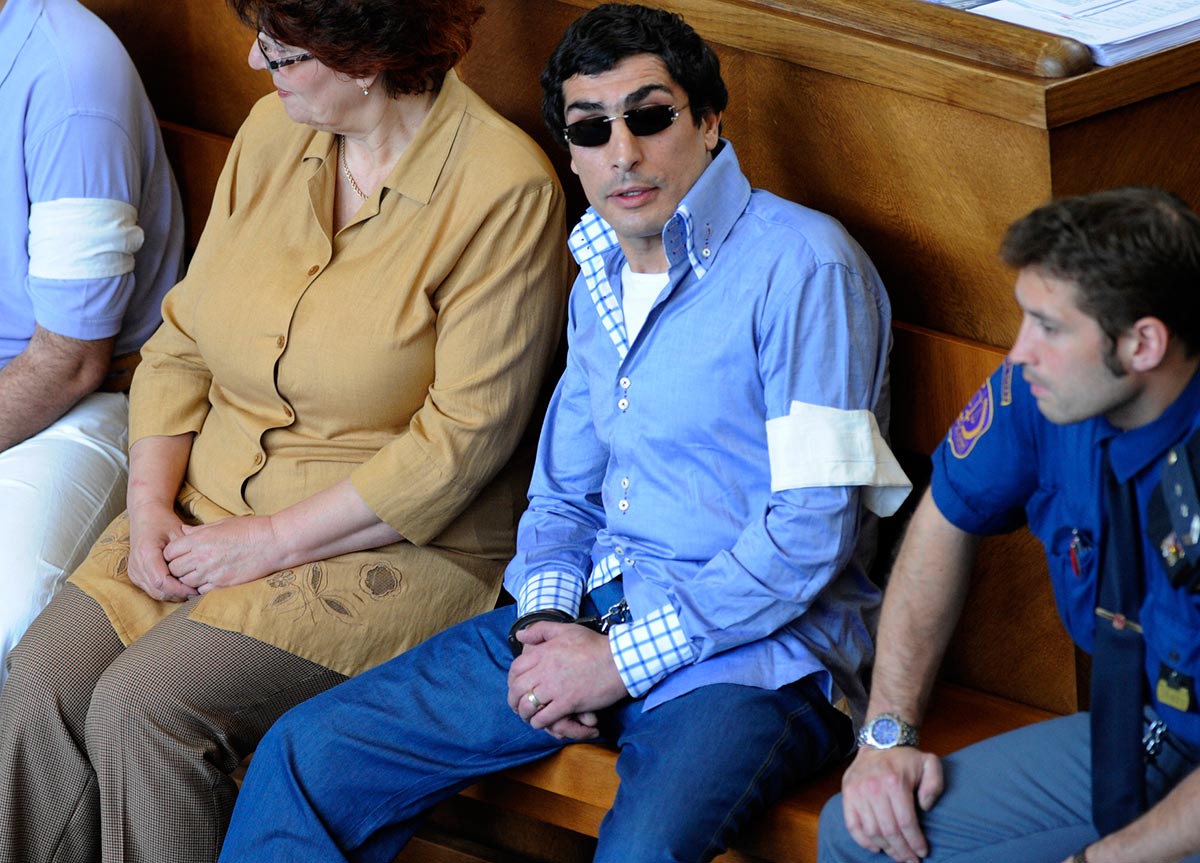 On May 23 of that year, a security guard was on routine patrol at the home of a top government official when he stumbled on a strange object: a homemade remote-controlled bomb. The discovery averted an assassination attempt.

The previous year, the official, Gagik Khachataryan, had been acting chairman of the State Customs Committee, on which Robert Yeritsyan also served. Investigators say the two men had long been at odds, and that Robert Yeritsyan was angry because he thought Khachataryan had maligned him in a meeting with Armenia’s newly elected president, Serzh Sargsyan.

Agents for the National Security Service (the successor to the Soviet KGB) arrested eight suspects in the bomb case and identified a man named Gagik “Muscle Gago” Matevosyan as the group’s leader. Matevosyan had served as deputy commander of a special police unit between 1992 and 1997. During a search of his home, police found a chemical laboratory in the basement, used to produce poison and bombs; they also found weapons, ammunition, explosives and detonators.

Police say their investigation found that it was Robert Yeritsyan who gave the order for the hit, and that he had paid $150,000 to Rafael Masoumyan, a middleman who organized the assassination.

The NSS believes the gang had more assassinations planned, including Armenia’s former president, Robert Kocharyan, and his successor, President Sargsyan.

Masoumyan was captured trying to flee to Vienna at the airport in Tbilisi, Georgia. An international arrest warrant was issued for Yeritsyan, who managed to abscond to the Czech Republic and stay free for five years. He was finally arrested in October 2014.

The Armenian Prosecutor General’s Office asked Czech authorities for help in finding him and requested his extradition, based on his indictment for planning the murder of a civil servant.

For nearly another year, nothing happened - until in September, 2015, the Czech Republic refused to extradite him. “We discussed the proposal to hand the detainee over,” said Markéta Puci of the Czech Ministry of Justice. “We all agreed that it was unacceptable.”

That’s because in the intervening months—specifically, on May 11, 2015--Robert Yeritsyan had been granted asylum in the Czech Republic.

Robert Yeritsyan, contacted by phone, refused to answer questions about his businesses in the Czech Republic or his asylum. His father was not so reticent. “I am sure that my son is innocent,” Albert Yeritsyan was quoted as saying by the Armenian news service Hraparak.

Robert Yeritsyan’s flight from Armenia in 2009 accelerated the family’s downfall. Albert Yeritsyan lost his post as mayor of Arabkir when a new law made it an appointed position, and he was ousted in June 2009. In September 2009 he asked to defer VAT payments on $6 million worth of bakery equipment imported from the Czech Republic. The request was denied, although the Armenian government had vowed to help businessmen survive the world financial crisis.

He was forced to gradually sell his bakeries and butcher shops and to even rent out his supermarket chain, though he refused to sell it. “I will never dump Yeritsyan & Sons; it is named after me!” he said of the transaction.

But the Yeritsyan empire survives, after a fashion, in the Czech Republic.

In 2006, father and son founded Jeritsyan Holding in Prague to rent or sell properties. More relatives appeared in the company’s top management later: Robert’s brother, Artak Yeritsyan and Robert’s wife, Lilit Asatryan. According to a 2015 financial report, the company has fixed assets worth 12 million Czech crowns (about $466,000) and two employees.

Extradition Should be a Simple Matter

The Czech Republic and Armenia now had each other’s wanted men. Both countries had signed a multilateral European Convention on extradition, so exchanging the two men should be possible. That’s not how it has worked out.

Armenian law prohibits extradition of its citizens, so Soghoyan was never extradited to the Czech Republic, where he had committed the alleged crime, though a Czech court had issued a European arrest warrant in his name.

In such cases, Armenia has the option of executing the foreign court´s sentences on its own territory. In this case, Soghoyan could be sent to an Armenian prison. But it is not clear why Armenian police took so long to arrest him, or why the judicial system then set him free.

Robert Yeritsyan’s case is different. He could also be extradited based on the convention and the good will of the Czech state. But when Yeritsyan was granted asylum, he also gained legal protection against extradition.

It was unusual that he managed to gain asylum at all. It is the stronger of two forms of protection according to Czech law, and is meant to be established only if the foreigner in question has been persecuted or has a real concern of persecution based solely on political, racial, religion, nationality or membership in a social group. In 2015, the year Yeritsyan’s application was approved, the Czech Ministry of Interior registered 1,525 similar requests, of which 44 were from Armenia -- and only four, including his, were granted.

“The remaining four were not realized for following reasons:  one was rejected because the requested person had been given asylum; one was turned down because of Article 4 of the European Convention on Extradition, which excludes offenses under military law that are not offenses under ordinary criminal law; and the remaining two [were dropped] because Armenia's authorities retracted their requests."