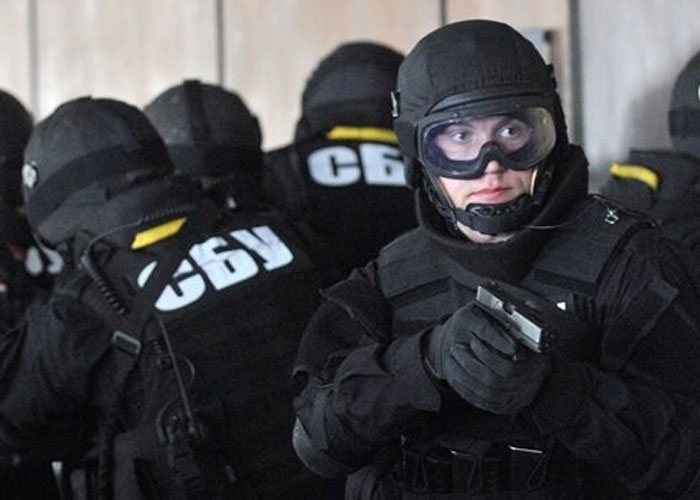 Current records name Roman Bielik, a resident of Stovpyahy village in Kyiv Oblast, as the ultimate owner of the company as of September 2015. Bielik’s brief profile can be found on the website of Kyiv-based law firm Prokopenko, Chuyko and Partners, where Bielik is described as “curator of financial consulting” with 15 years of experience. It is possible Bielik, an attorney who could not be reached, may be a proxy for another party.

When Housebuilding Company No. 7 was picked for the SBU residential project In August of 2014, it was majority-owned by Mykola Doychev, an experienced Kyiv builder. Doychev picked up another SBU project one year later, this time as the director of Compas Group: a Hr 126 million (US$ 5.8 million) deal to complete the construction of two residential buildings in Kyiv.

Housebuilding Company No. 7 and Compas Group are registered in Kyiv at the same address.

Court records offer additional information on Doychev’s company in a curious ruling on April 22, 2015, by the Solomiansky District Court in Kyiv.

Housebuilding Company No. 7 took out a credit line from Kyiv-based Terra Bank in January 2014 for Hr 1.25 million (US$ 77,639). What happened next was anything but ordinary.

Over the next nine months, between January and October 2014, three different organizations consecutively held the rights to the loan with three different parties securing it.

In the end, the court ordered Housebuilding Company No. 7 to repay the loan jointly with a company controlled by the bank’s supervisory board chairman, Serhiy Klymenko,—not back to the bank which issued it--but to an undisclosed individual whose name was redacted from the ruling.

In the meantime, the bank had been liquidated by the Central Bankin December, 2014.

In September2015, the state Deposit Guarantee Fund accused Klymenko of embezzling depositors’ money. According to fund officials, Klymenko and another member of supervisory board, Yulia Oblietsova, abused their office in January and February 2014 (while the loan to Housebuilding Company No. 7 was outstanding) by funneling more than Hr 1 billion (US$ 100 million) in depositors’ money to a number of proxy firms as unsecured loans.

“These transactions had every indication of being fraudulent,” a Deposit Guarantee Fund statement reads, “as the firms had provided no security for the loans and didn’t use the money for business purposes.”

The Deposit Guarantee Fund wouldn’t tell the KyivPost, an OCCRP partner, if the January 2014 loan to Housebuilding Company 7 is among the suspected fraudulent loans but the pattern and dates match.

Klymenko is a long-time partner of Maksym Lutsky, formerly a member of Parliament with the Party of Regions and a deputy rector of the National Aviation University. In 2012, Klymenko was Lutsky’s official trustee during his parliamentary campaign in Kyiv, and served as his aide when Lutsky got elected. From December 2013 to August 2014, Lutsky’s wife, Olena Savytska, headed Terra Bank’s auditing commission.

“When a bank (runs into trouble), the controlling agencies arrive and (the bank) starts covering up its weaknesses,” Sokolnytsky said. “In this case, it’s the absence of any security on this loan. So the bank went the easy way and made a surety agreement with its own company. At the time, this company, as well as its owner (Klymenko), were clean.”