Officers found sound evidence of meth in stereos that arrived on a boat from Thailand, the Australian Border Force said Friday. 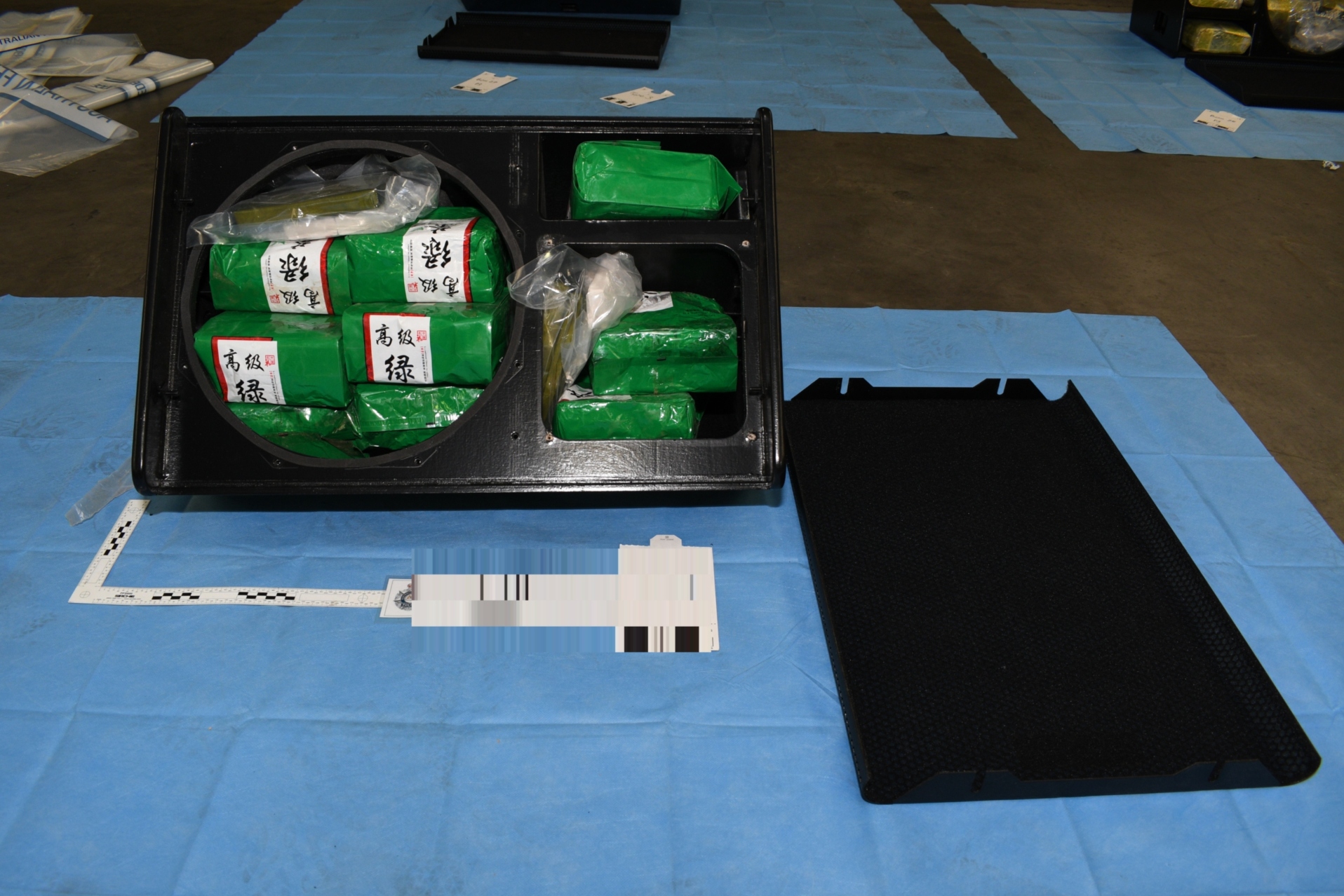 Stereos containing meth (Australian Federal Police)The street value of the seized 1.6 metric tonnes of methylamphetamine, known as ice or meth, is US$835 million. The value of the additional 37 kilograms of heroin that was also found in the shipment is worth $13 million, according to the statement.

“This is the largest meth bust we’ve ever seen in this county,” said Craig Palmer, ABF Regional Commander, praising the force’s job.

Arriving in Melbourne by boat from Bangkok, the speakers were stored at a container facility. After an x-ray revealed abnormalities, authorities cracked the speakers open and found the drugs.

Palmer said last year, more than 11.8 tonnes of illegal drugs were seized. Thursday’s bust is equal to more than 13% of last year’s total.

This bust will save many lives in the Victoria community, said Peter Bodel, acting commander of the Australian Federal Police organized crime unit.

“The effect of these drugs on the community and families would have been profound,” he said. “It may be your loved one, a friend or neighbor who has been spared the terrifying impact of this mammoth shipment.”

Meth consumption continues to grow each year, according to a 2018 report from the Australian Criminal Intelligence Commission. As a result of the bust, 16 million drug deals will not happen, police said.

In 2016, death rates were four times higher from meth and other stimulants compared 1999, according to a report from the Australian Government’s Institute of Health and Wellness.

No arrests have been made but the investigation is ongoing.