The Bulgarian Parliament overwhelmingly accepted on Wednesday the resignation of Agriculture Minister Rumen Porozhanov, the latest government official to step down amidst a number of real estate scandals rocking the country. 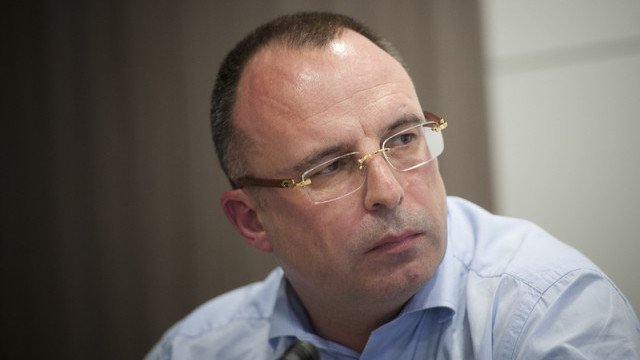 Rumen Porozhanov (By Bivol)The resignation came two weeks after prosecutors launched an investigation into whether the State Agriculture Fund, headed by Porozhanov, had used EU development aid funds to build over 700 private guest houses, according to Reuters.

The Sofia Globe reported that fines of over 10 million leva (US $5.7 million) have been imposed on some of the recipients of the guest houses, and others have been ordered to make full or partial refunds of EU funds on the homes.

Prime Minister BoikoBorissov’s government has been embroiled in another scandal for months after a number of top Bulgarian officials were found to have purchased luxury properties at prices well below their market values.

In March Tsvetan Tsvetanov, considered the country’s second most powerful politician, was forced to resign after reports showed that he had purchased a luxury apartment in Sofia for nearly a quarter of its market price.

Recent reports showed that Porozhanov likewise bought an apartment for less than its market price, in 2004. Other local media have said that he failed to properly declare real estate deals completed by his wife in 2017 and had asked that information about his spouse be removed from his public asset declaration.

Porozhanov has denied any wrongdoing. In a government-issued statement he said that he was resigning in order to prevent the attacks on him from affecting the work of the government.

"I think I have made every effort to work successfully in one of the largest ministries,” he said.

This is not the first time Porozhanov has been caught in the crosshairs of a financial scandal.

In 2016, Yanaki Chevenyakov was fired from his post as head of contracting for the State Agriculture Fund after an investigation by OCCRP partner Bivol exposed his luxury purchases. Porozhanov, then the executive director of the Fund, denied having a close relationship to Chevenyakov despite having been responsible for the latter’s promotion.

In 2018 Bulgaria was ranked the EU’s most corrupt state by Transparency International, and has faced repeated criticism from the EU for its failure to prosecute corrupt officials.