A Supreme Court judge ordered on Monday the detention of a former army commander who was indicted last week for embezzlement and selling gun licenses to one of the most powerful organized crime groups in the country, a cartel that once served Colombia’s best known drug lord, the late Pablo Escobar. 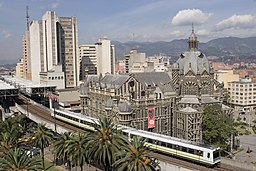 Romero, the former commander of the 4th Brigade - a unit of the National Army stationed in Medellín - is accused of selling gun licenses to the Oficina de Envigado, a drug cartel that once enforced Escobar’s criminal operations.

Romero’s Friday indictment caps a series of investigations against the 4th Brigade and its leadership for the perpetration of war crimes--including the execution of over 400 civilians between 2002 and 2009--and close ties to the Oficina de Envigado, Colombia Reports asserted in a later article published Sunday.

In the recent charges, Romero is alleged to have embezzled nearly 1 million dollars.

The current commander of the 4th Brigade, Juvenal Díaz Mateus, took to Twitter on Friday to defend himself from the accusations of corruption that have besieged the unit’s leadership.

“Since I took over the Brigade in December 2018, my command policies state that all procedures must be followed under the parameters of the Constitution, the Law, Due Process, and the Presumption of Innocence,” wrote Díaz.

“In that vein,” added Díaz, “the surrender of any documentation ought to follow the procedures established by law.”

The commander finished by asserting his willingness to clarify the incidents mentioned in Semana magazine before any authority.

Jorge Romero has pleaded not guilty, and the case will go to trial.