One of the strangest operations Valery Amelchenko took part in during his work for Prigozhin’s team was a month-long trip to Syria — to test poison on unsuspecting prisoners. 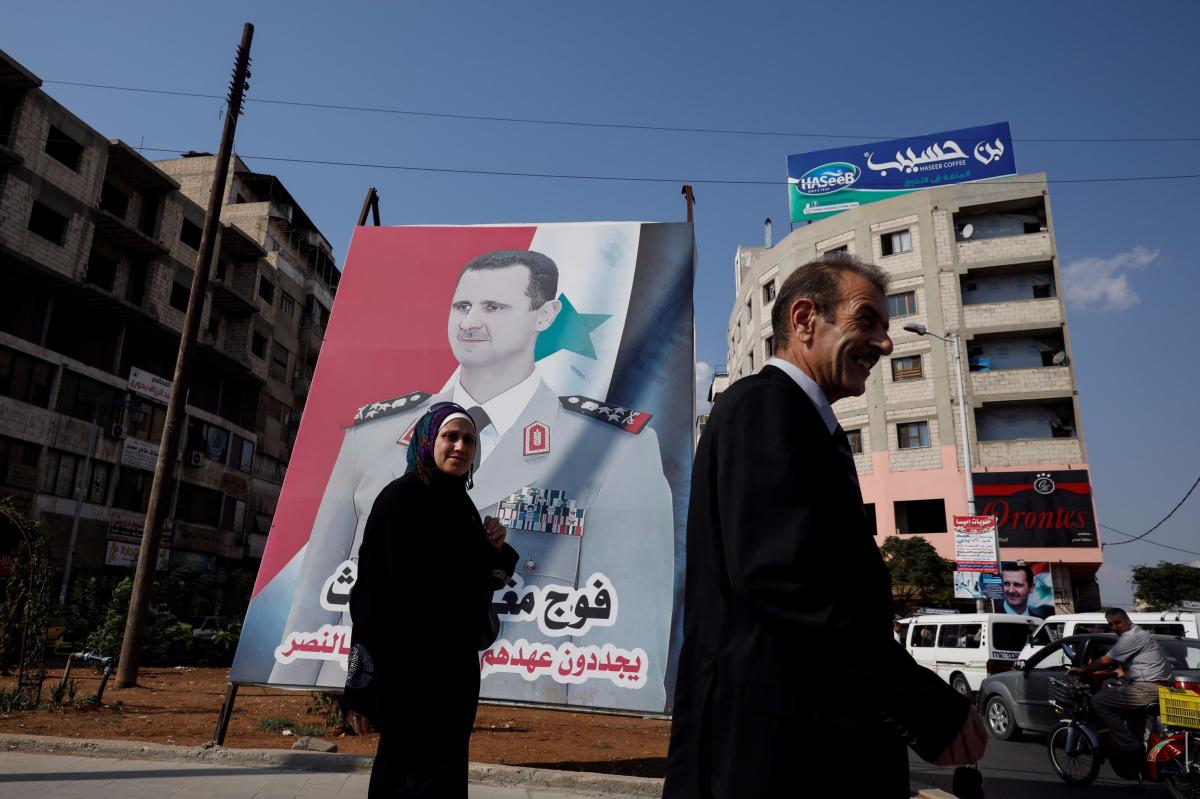 A major and somewhat bizarre chapter in Amelchenko’s story took place in Syria. Though Amelchenko did not disclose all of the details, what he revealed was noteworthy enough. (Return to main story)

On Feb. 13, 2017, he said, he was part of a group of six men sent to the country. Their route from St. Petersburg took them through Beirut, where they were met by members of the country’s Mukhabarat military intelligence service, who took them to Damascus.

There were multiple signs that the Russians were connected to Prigozhin’s Wagner.

Its leader, a man named Sergey Gubanov from Prigozhin’s security detail, is a cofounder of the League for the Defense of the Interests of Veterans of Local Wars and Armed Conflicts, an organization which counts among its co-founders a Wagner commander named Andrey Troshev and another figure believed to be connected to Wagner and Prigozhin named Oleg Yerokhin. The League’s emblem is an image of the “trench cross,” a medal distributed by Wagner.

Finally, while in Syria, the group kept in contact with a Wagner commander also in the country who used the callsign “Yurich.” Though his name is not revealed here for his protection, reporters have confirmed that Yurich has worked in Wagner’s management and that his colleagues consider him one of the organization’s most experienced and responsible commanders.

The group’s task, in Amelchenko’s words, was to test various poisonous substances on “prisoners of war” captured by the Syrians, perhaps Islamic State militants or other fighters.

When the group arrived in Syria, however, nobody had any intention of handing over any prisoners for their experiments. Nevertheless, leaders in St. Petersburg allegedly insisted that the group stay to complete its task. A decision was made to test the drugs on mercenaries who had become unwilling to fight instead of on prisoners.

“They just threw us into Syria,” said Amelchenko. “They said ‘You’ll have prisoners, they’re waiting for you. Go.’ Then, when there turned out to be no prisoners, they phoned us ... and said ‘Do what you want ... It’s easier to leave you there than to get you out. … If there are no prisoners there, then try it out on whoever you want.’”

“Eventually we were disguised as military prosecutors. And there was a militia there … guys who didn’t want to fight at all. Freaks. We interrogated them through a translator. Or rather, we pretended to interrogate them ... [really just] asking them why they refused [to fight],” remembers Amelchenko.

He said that no other staff from the Russian group were present during this episode apart from him and Simonov. The conversation took place in Homs.

“It was a long way from the base. … [We took] a room, in a good house,” Amelchenko said. “There were five to seven [detainees being interrogated]. … We questioned them, and Oleg [Simonov] was in the kitchen. He brought us all tea and coffee … and when they left ... he gave them all a bottle of juice. Local juice, Syrian, in sealed glass bottles.”

He explained that Simonov had added a slow-acting drug to the bottles.

It is unknown what became of the men. But after Amelchenko’s group left Homs, a high-ranking Mukhabarat officer was allegedly fatally poisoned. He may have drunk some of the juice.

Amelchenko, Simonov and another member of his group were arrested and disarmed by the Mukhabarat, Syrian military intelligence. They were then taken to Damascus and subjected to lengthy interrogations. 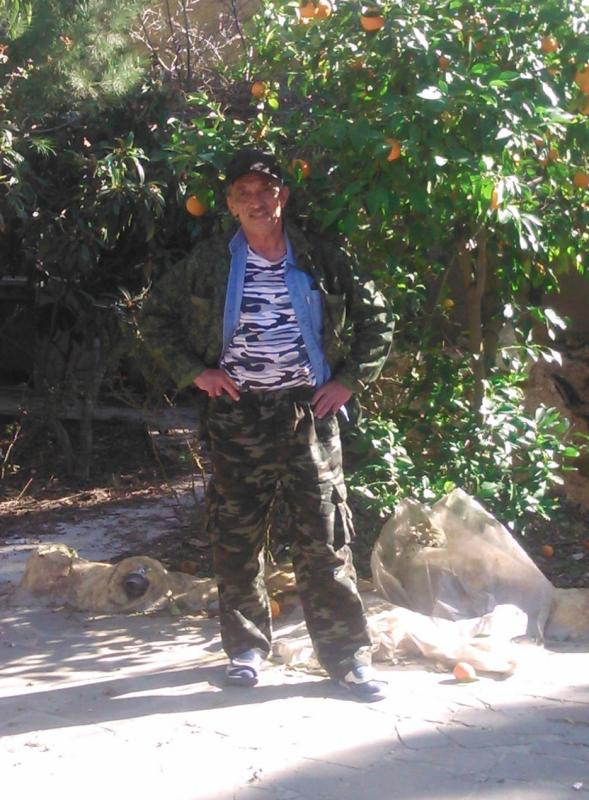 A photo of Valery Amelchenko extracted from his phone. During their questioning, Amelchenko said, he and his associates claimed to have unknowingly purchased “poisoned juice” on the road between Damascus and Homs. Their interrogators took them there, but after an unsuccessful search for the place of purchase, the Russians were released.

Amelchenko later found out that “Yurich” had also somehow come into contact with the poison, but survived, suffering only fits of vomiting and diarrhea.

After the death of the Mukhabarat officer, the operation was wrapped up. On March 29, 2017, just over a month after their trip began, Amelchenko flew back to St. Petersburg with several other members of the group.

A source with access to information about air ticket sales confirmed to reporters that a group matching Amelchenko’s description did indeed leave St. Petersburg on the day he claimed.

Amelchenko’s smartphones, which were found after his temporary disappearance, also corroborate his story about the Syria trip. Photos found on the devices show a seaside city, along with photos of Amelchenko taken in front of an orange tree.

Thumbnails of images removed from his Viber account were also preserved on the phones, one of which shows Amelchenko posing in front of a poster of Syrian President Bashar Assad. Another shows him with a weapon. While it is impossible to conclusively identify him with such poor-quality images alone, Amelchenko had previously shown reporters similar photos in full resolution. 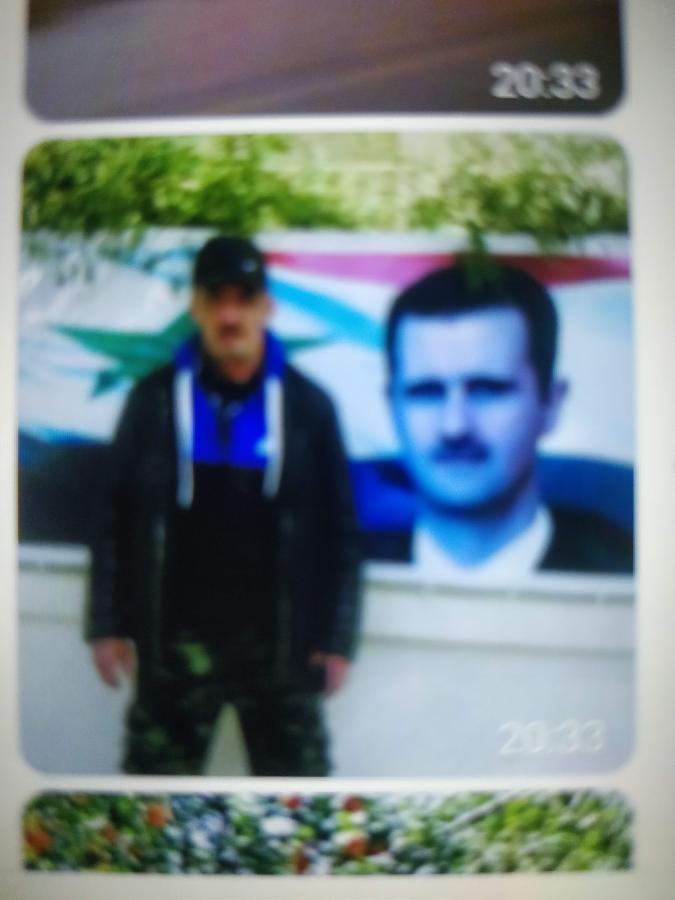 A low-quality thumbnail extracted from Amelchenko’s phone shows him posing in front of a poster of Syrian President Bashar Assad.Gladienko, one of the alleged travellers, confirmed to Novaya Gazeta that he flew to Istanbul with a group of fellow Russians, but claimed that their journey had ended in Beirut. He said the purpose of his trip was to work on a “construction” project which never materialized, and that, having spent a fruitless month in Lebanon, they returned the same way they came.

Why would at least five men, none of whom were known as construction workers, take a jaunt to Lebanon at the invitation of Amelchenko — who was also not known for having ever worked in construction ‚— and then stick around for a month in a foreign country?

Novaya Gazeta tried to contact the others on the trip, with little success.

Gubanov did not respond to requests extended to his wife via social media that he contact reporters for comment. Reporters also sent a request for comment to the League for the Defense of the Interests of Veterans of Local Wars and Armed Conflicts. The organization has not responded.

“Yurich” said in a telephone call that he was not in Syria in February and March 2017.

Gulyaev’s telephone was switched off. He has not yet responded to a request for comment sent to his wife.

Reporters were unable to meet Pichushkin, one of Prigozhin’s men to whom Amelchenko reported, before the publication of this story. Requests for comment were sent via several internet messaging services. He responded agreeing to discuss the matter, but stopped answering the messages soon after.