Remarks of OCCRP Chief of Global Partnerships and Policy Camille Eiss at European Parliament Plenary, “Risking Everything to Uphold EU Values and Democracy: Protecting Journalists in the EU” 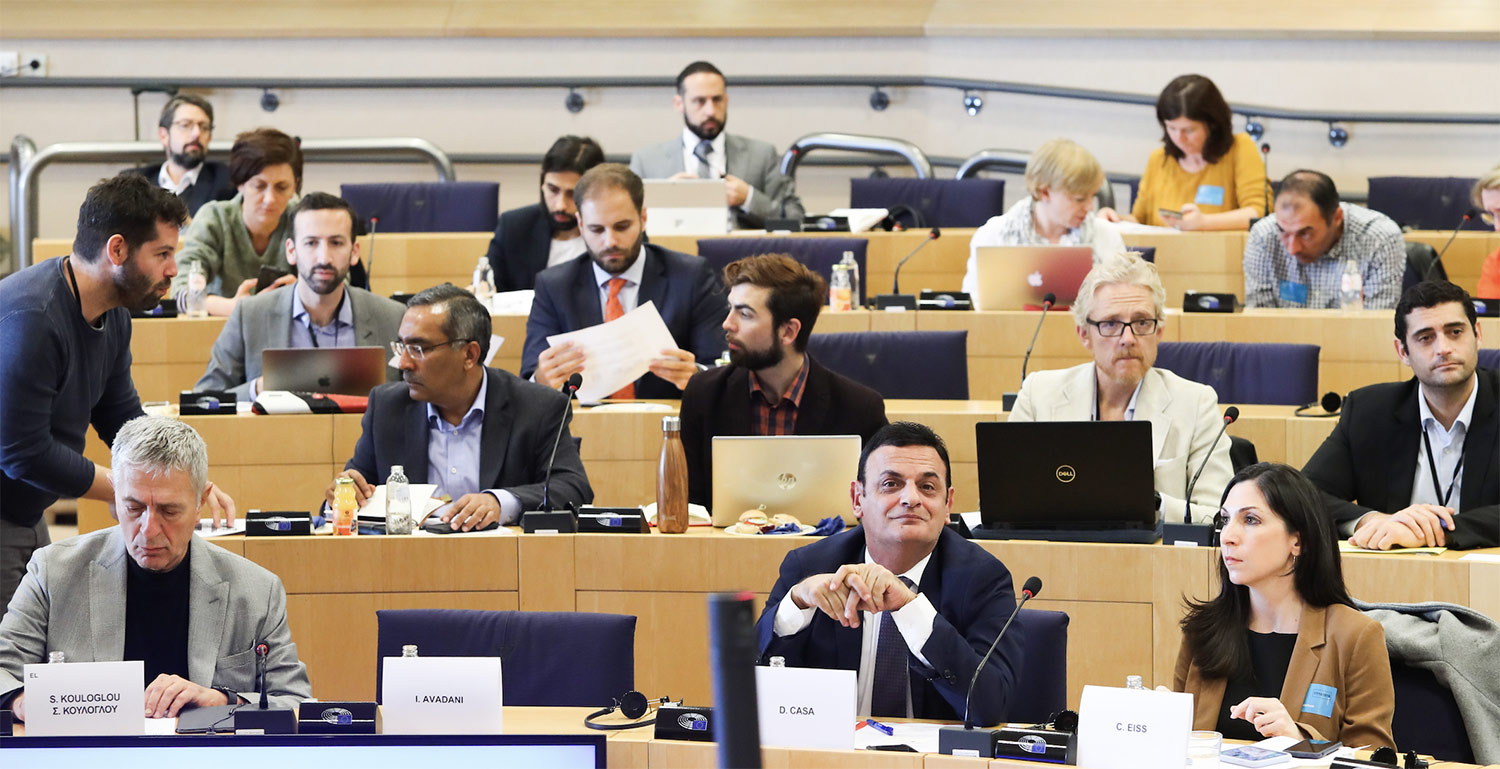 Good afternoon and thank you to Commissioner Jourova and MEP Stugariu for your initiative, to all the MEPs who’ve shown up today, and to Matthew for all the strength you’ve shown in your fight for justice. And to everyone here today for what you do.

My name is Camille Eiss and I have the honor of working every day to support a growing network of investigative journalists working across Europe and beyond at the Organized Crime and Corruption Reporting Project, otherwise known as OCCRP.

I’m here to speak today on behalf of all my colleagues, the investigative journalists across the OCCRP network who dedicate their lives — at great risk — to tell the truth and expose corruption and criminality at the highest levels, so that citizens are informed and equipped to hold power to account.

With no justice in sight, the two-year anniversary of Daphne’s death reminds us of the sheer shock we still feel at the notion of a journalist murder on European soil — and at the same time, of how much worse the regional landscape for independent media has gotten since.

Daphne was the first of three journalists in the EU who OCCRP has worked with to be killed over the last two years.

The brutal murder in Slovakia last February of 27-year-old Jan Kuciak along with his fiance Martina Kusnirova rattled our network to its core.

Jan was murdered while reporting with OCCRP and our member centers in Italy and the Czech Republic on the infiltration of organized crime in Slovakia. The perpetrators took his life for a mere 70,000 euros.

As part of that official investigation, Jan’s partner and OCCRP Regional Editor Pavla Holcova was called in by Slovak authorities only to be interrogated and pressured into surrendering her phone, putting her sources at risk. Despite our extensive outreach, it took weeks to get the phone back.

From the detention of OCCRP network reporters in Bulgaria for trying to stop the burning of evidence to unanswered questions about the brutal murder of Victoria Marinova after covering their investigation, these incidents are just the tip of the spear of what has become near constant harassment and intimidation of Europe’s investigative journalists —  democracy’s frontline watchdogs.

Colleagues with me today from Bulgaria, the Czech Republic, Hungary, Italy, Latvia, Romania, and Slovenia regularly experience smear campaigns and harassment, both online and off, often by media owned or affiliated with the state.

From being labeled as prostitutes to inscriptions on mock assault rifles, harassment is enabled by dehumanizing slurs about journalists from political figures. These words devalue the people doing the work and legitimize attacks against them. Even their families are not safe.

With arbitrary tax rulings and an onslaught of frivolous lawsuits, investigative journalists face unprecedented, even existential financial threats on top of the physical.

OCCRP is currently facing multiple lawsuits, each frivolous and designed to intimidate.

The result, at a time of historic disinformation, is unnecessary self-censorship, directly threatening both freedom of expression and citizens’ right to know.

OCCRP is doing our part to support the work with digital, physical security, sustainability, and legal services; our editors routinely prioritize fact-checking and security with every story.

When a journalist has been arrested or killed, our network has continued the reporting so that killing a journalist never kills the story.

But it is not enough.

Fundamentally meeting these challenges requires a shift in political will and we believe the new European Parliament and Commission have a crucial role to play in leading that change. Hearing out the needs of journalists today is a critical first step. To that end, we believe there are five key areas that must be addressed.

What We Need: Five Areas for the EP to Address

Article 19 estimates that 97 percent of masterminds of journalist murders are never held accountable. When the nexus of government and organized crime is the most dangerous place to report, it’s insufficient and unacceptable that the same officials exposed by a murdered journalist are solely responsible for ensuring justice.

EU pressure, along with public outrage and media scrutiny, was critical to making progress in Slovakia, but Malta reminds us that impunity too often prevails.

The value in making independent investigations official is not only to ensure that justice is done, but to raise the costs and thus prevent such acts in the first place.

Second, access to information frameworks that ensure anonymity for journalists

Reporters are regularly harassed by those they are known to be investigating, inhibiting their ability to do so. Just like whistleblowers are protected, journalists need the right to confidentiality.

Third, combating the abuse of libel

Too many journalists face existential threats due to frivolous lawsuits meant to intimidate. The absence of “Anti-SLAPP” legislation in EU countries curbs journalists’ freedom of expression and the right to protect sources. Legal fees are crippling newsrooms and threatening access to essential insurance.

Fourth, a new approach to funding for investigative journalism

Most important, we ask that you identify new and more funding for the reporting itself. Beyond trainings and conferences, the current climate, malign funding of media in EU countries, and the issue of being based in a country in the EU, means that independent media need additional sources of funding to do the work. This means core funding, not just projects. It means grants of the size and nature that smaller, independent outlets can manage them — and involving journalists in the process — while working in the climate I’ve outlined above.

This also means more press freedom funding that goes directly to newsrooms. At a time of unprecedented surveillance, media outlets and reporters need up to date computers and phones. Editors need funds to buy equipment that can help detect when reporters are being followed.

Fifth – and perhaps most fundamental – prioritizing the fight against corruption

It’s the prevalence of corruption, ties between governments and criminal groups, and the resulting media capture and distorted markets that has stifled traditional funding sources. And that makes investigative reporting so treacherous in the first place.

Strengthening this body’s capacity to tackle money laundering and corruption across the region is vital to protecting and supporting its independent media.

We recognize that none of this is easy, but protecting democracy never is.

Your attention to these issues will be vital to upholding EU values and transparency. As democracy’s watchdogs, we’ll keep playing our part. More than ever, we’ll need your action and support.