Former Ukrainian President Viktor Yanukovych and his family lived in luxury owning a number of apartments and houses in prestigious parts of Kyiv. The ex-president also knew the value of commercial real estate.

Along with associates, he managed to acquire two business centers, an early 20th century building in the city center, and a multi-level helipad. 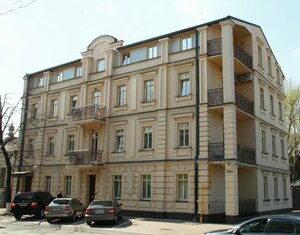 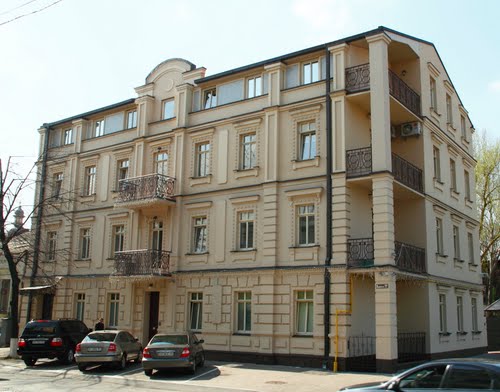 Aside from his sumptuous Mezhyhirya estate, the most important of the ex-president’s holdings is the Tantalit building at 11-A Voloska Street in Kyiv. Tantalit, a company that owns and leases some choice properties, has been connected to Yanukovych and his family members; he may have been the real owner of the company.

The head guard at the Voloska Street building was Ihor Shyshka, who also served as director of Dom Lesnika, a Yanukovych company that ran his hunting reserves.

Beginning in the early 2000s, the building housed the companies of Donetsk businessman Serhiy Momot. His wife Zalina owned Azgard, which operated the business center Office Center Voloskiy at that location. Azgard also rented space to Road to the Future, a charity fund that belonged to Yanukovych’s live-in girlfriend.

In 2010, by decision of the Kyiv City Council, Azgard took over ownership of the land on which the Voloska Street building sits. The following year a court ruling reversed this, but in 2013 Office Center Voloskiy got permission to design a development plan for the disputed land. Records show that this outfit was owned and run by Natalya Trofymchuk, who had worked at Tantalit.

Prosecutors are examining documents from both Tantalit and Road to the Future. Workers for both of these organizations can no longer be found in the office building. 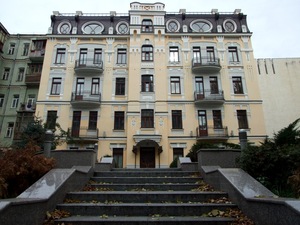 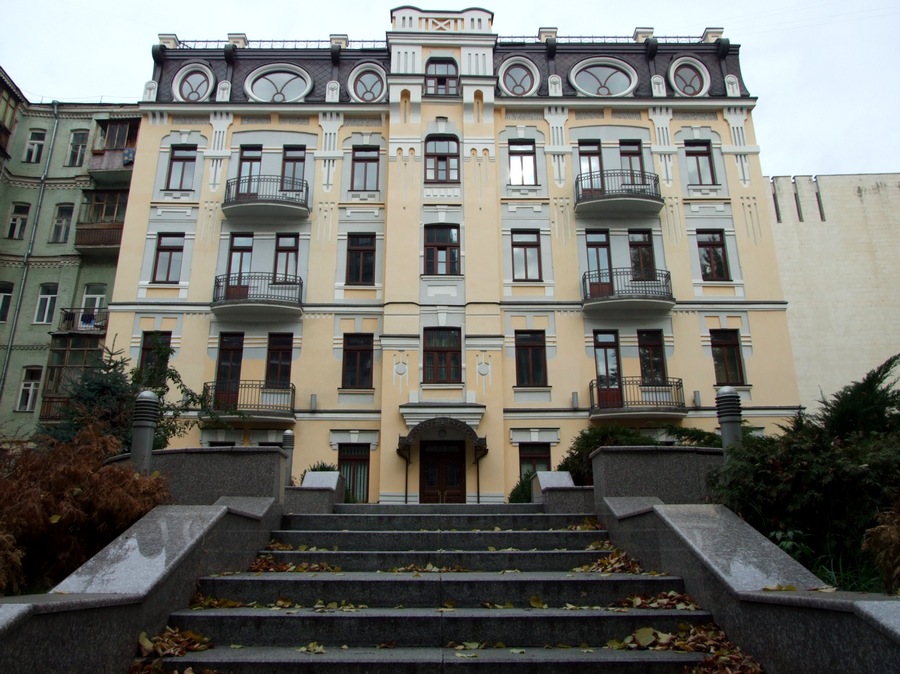 Pale yellow and beautifully restored, this five-story building with massive granite steps stands out from the other buildings on Shevchenko Lane in the center of the city, a stone’s throw from Maidan Nezalezhnosti.

The property used to belong to Prominvestbank, which restored it to such a beautiful condition that fights over it broke out over its ownership in Ukrainian and foreign courts.

The most recent chapter in its murky ownership history dates to the summer of 2008, when the former head of Prominvestbank’s board, Volodymyr Matviyenko, paid Hr 13.8 million (US $2.86 million) to buy his bank’s building.

The bank had been hard-hit during the summer and autumn of that year, and in October the National Bank took temporary control. In early November, a company that belongs to Andriy and Serhiy Klyuev, Slav AG (through its subsidiary Singus LLC) invested in the bank. At about the same time Matviyenko gave the building away for free to a person who was never named in the court ruling that mandated the transfer.

Half a year later, that new unnamed owner gave the property away, again for free, to Abanico Limited, an off-shore company set up in Panama. Then two more agreements were filed and the property ended up in the hands of Panamanian Banberry Assets SA.

Abanico attempted in vain to annul the last two transfers. The bank also failed to get back the property, though the agreement between it and former board member Matviyenko was annulled. That left ownership in doubt.

Pavlo Litovchenko, the former director of Tantalit, is one person who knows the history and the true owners of Banberry Assets, the final recipients. A payment order dated Oct. 24, 2011, specifies that Litovchenko received €1,000 (US$1,379) in cash and spent €750 (US$1,034) of it for required official documents to set up the offshore.

The Shevchenko Lane building stood on communal land until October 2013. At that time, the status of the land was changed by the City Council which gave its permission for design of a development plan for this land by Lessor Group. The Council allowed the group to rent the land.

Lessor Group is co-owned by Banberry Assets – and the company’s director, Yuriy Pedko, doubles as the technology manager of Yanukovych’s Tantalit.

A Special Helipad on Parkova Road 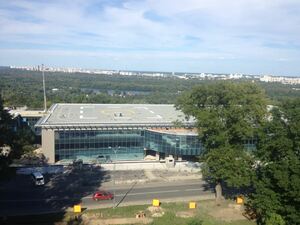 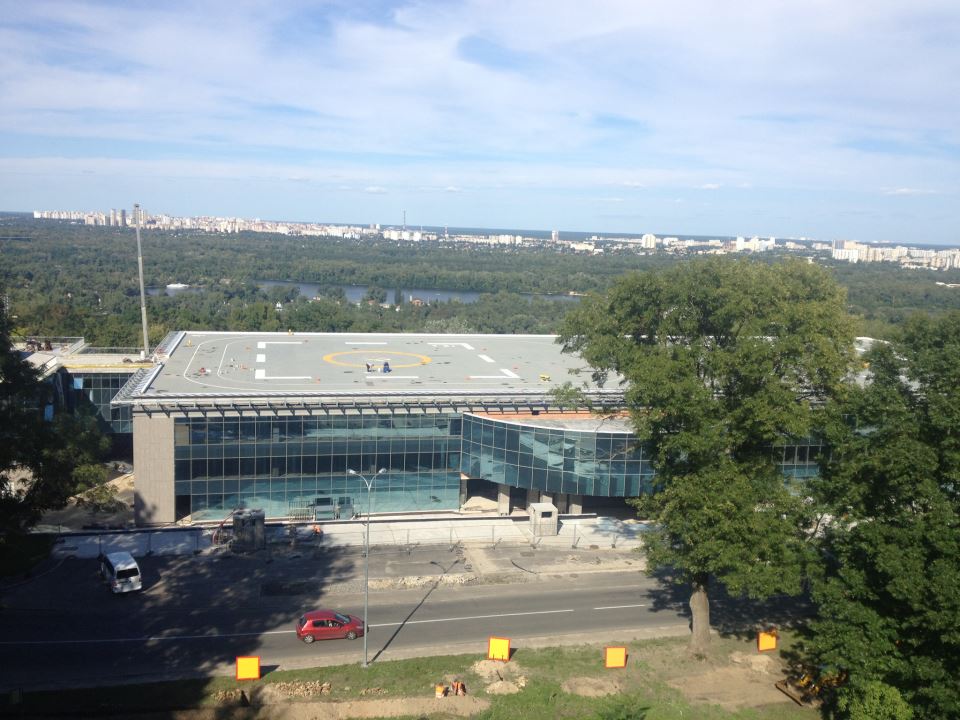 Kyiv residents have long wondered who was behind the controversial development of a helipad on Parkover Road. The official developer is Amadeus Co., which is owned by the British Fineroad Business LLP and Kyivan Oleksandr Khomyak.

Tantalit has controled Amadeus Co. since its inception. Documents show that Tantalit paid to register the firm, and the deputy director of Tantalit, Dmytro Sidlyarenko, received a cash payment of Hr 300,000 (US$37,500) to fund Amadeus’ startup.

Agreements with some contractors were also approved by Tantalit’s managers. For example, documents show that the director of the development company AVK reported to Tantalit and Amadeus managers about a payment of Hr 30 million (US$3.75 million) to the general contractor, Osnova-Solsif. Pavlo Lytovchenko, the director of Tantalit, signed and approved this payment.

Khomyak, the official co-owner and director of Amadeus, also worked for Tantalit and AVK and often visited the office on Voloska Street. The Mezhyhirya files contain multiple reports of him traveling around the city in his Honda Civic, and requesting reimbursements for fuel.

The modern glass building on Parkova Road is not just a helipad. It houses Ukraine’s biggest data center, Parkovyi, which belongs to the company Ante Mediam.

It was founded in 2011 by Amadeus Co. and Donetsk native Vitaliy Filatov. Later on, Amadeus was replaced by the Cyprus-based offshore, DB Venture Investments, and the list of owners includes the IT company Top Systems, owned by Denys Burduk.

Despite the fact that Amadeus no longer officially owned the helipad, Tantalit’s managers continued to consider it their property. A Tantalit inventory dated Dec. 19, 2013, lists all these companies in one block, along with Cloud Technologies LTD (Khmarni Technologii).

Commercial director of Amadeus, Anton Ozadovskiy, refused to provide contacts for Khomyak, and did not comment on the ownership of these companies. 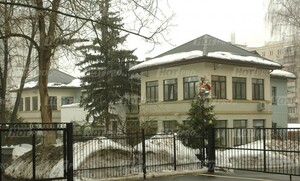 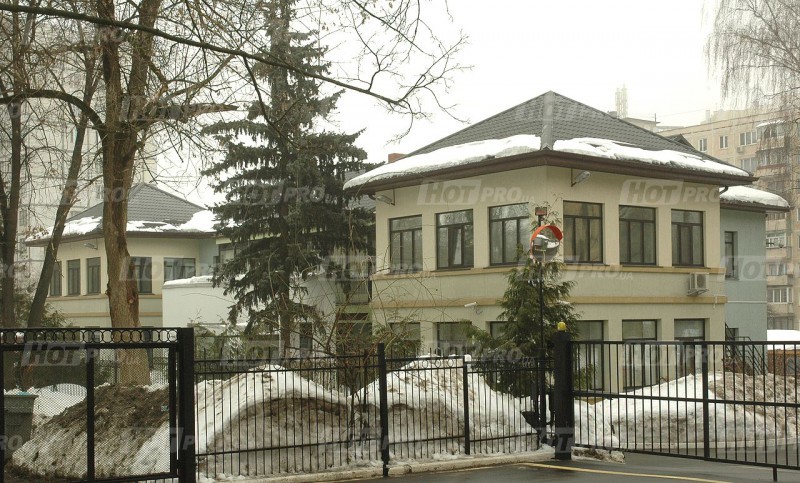 Since 2008, Zakhidny has housed the Development Company AVK. This firm, as well as Architectural and Construction Company Inteb, which moved in a little later, were the construction arms of Tantalit. They acted as contractors for all developments in Mezhyhirya and at Sukholuchya, the ex-president’s residential and hunting estate.

AVK’s director, Donetsk native Mykola Honcharov, doubled as the owner of Inteb. He also officially co-owned other companies related to Yanukovych and his family.

The office building was guarded by Dellit, which appears to be another Yanukovych firm based on multiple payment orders from Tantalit to buy uniforms for the guards of the Zakhidny office center.

To better administer the business center, Tantalit in 2011 set up a separate firm, Office Center Zakhidny. It belongs officially to Iryna Skrypnyk and Vitaliy Yarmolenko, two former employees of AVK.

While AVK and Inteb have been shut down, their offices remain in use as the registration address for the Delikates company, which is building a spa center called Amber Magic on Petrovska Alley, near the helipad.

The company’s director, Hlib Vakunov, has a long history with AVK. According to a contract signed in December 2010, for example, he received US$ 2,700 for what was described as “technical supervision over cobblestone laying.”

In 2011, he moved up the career ladder and became acting director of a daughter company, Infrastructural Projects, where he supervised tenders for the construction of Okhmatdyt, a children’s hospital in Kyiv.

In a telephone conversation, Vakunov confirmed that he ran a number of errands for AVK, but refused to comment on his affiliation with Delikates, citing commercial secrets.