Among the papers salvaged by YanukovychLeaks.org in the lavish Mezhygirya compound after former President Viktor Yanukovych’s escape was a folder that indicates just how closely security forces were watching protesters.

Yanukovych’s bodyguard, Kostyantyn Kobzar, had compiled a curious report that sheds light on the former administration’s response to Automaidan, a mobile offshoot of protests in Ukraine that took the protests to the homes of the nation’s officials.

The folder, inscribed “Information about events that took place December 29, 2013,” contained a minute-by-minute account of the events that transpired in front of Yanukovych’s then residence.

On that day, thousands of cars dropped by Mezhigirya to pay him a visit. It was one of the most massive actions to take place at the former president’s home, and many of the participants later had to deal with unpleasant consequences. More than 1,500 of the drivers were stripped of their driver’s licenses in court, while dozens of cars were torched.

Big Brother was watching them 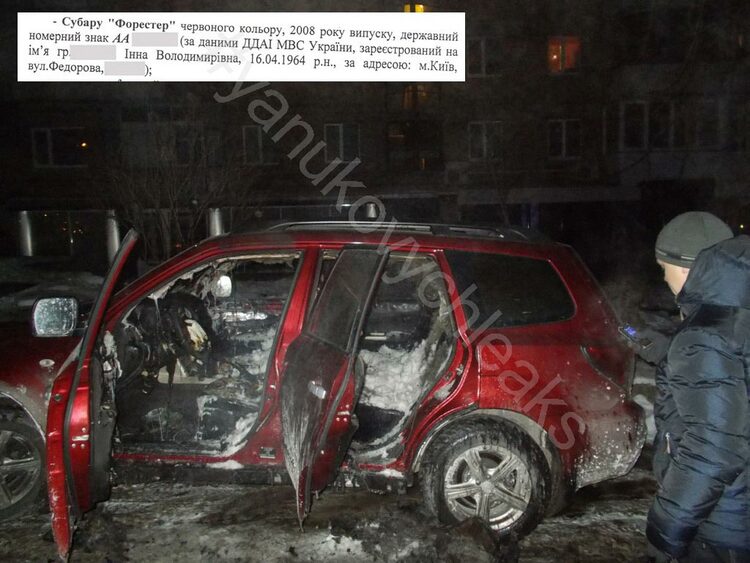 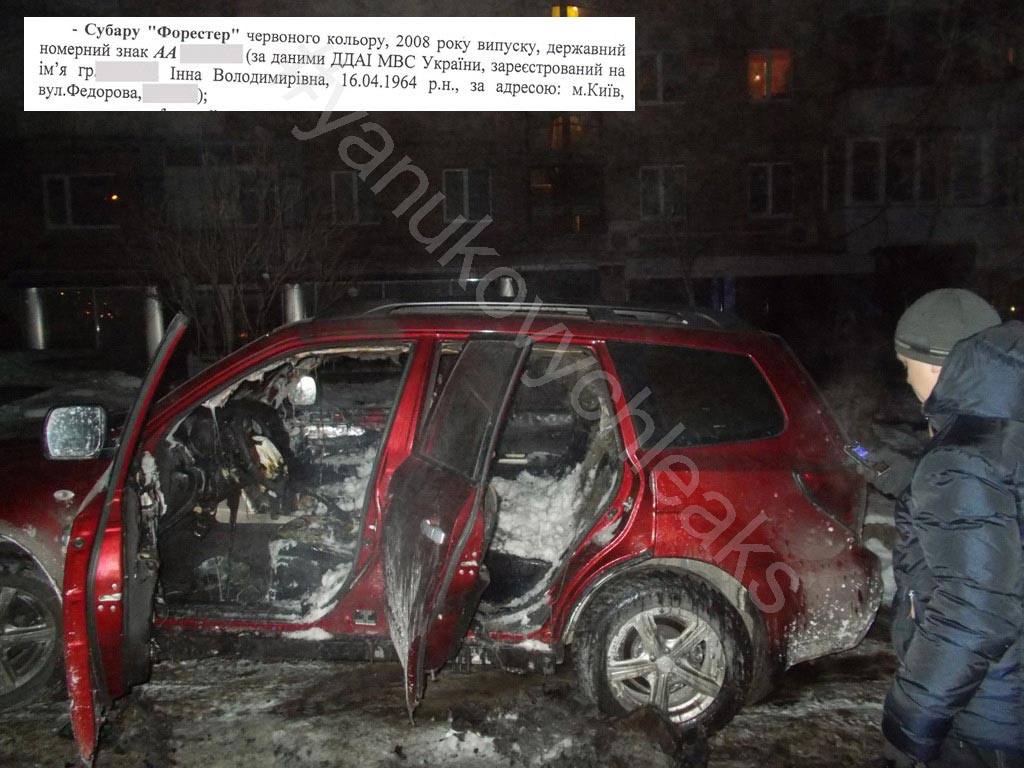 The detailed report on the event stretches for more than 100 pages. Activists were being watched before they even left Kyiv for the trip to Mezhigirya. The smallest details were noted by watchers: who organized the rows of cars, where the meeting point was, who said what in speeches. Even conversations between activists were recorded.

The full text of the report on AutoMaidan can be found here.

Some 80 pages of the file contained complete information about car owners who participated in the Mezhygirya rally. The watchers recorded all details related to their vehicles, such as model, color, year of manufacture, registered owners, their dates of birth and addresses. 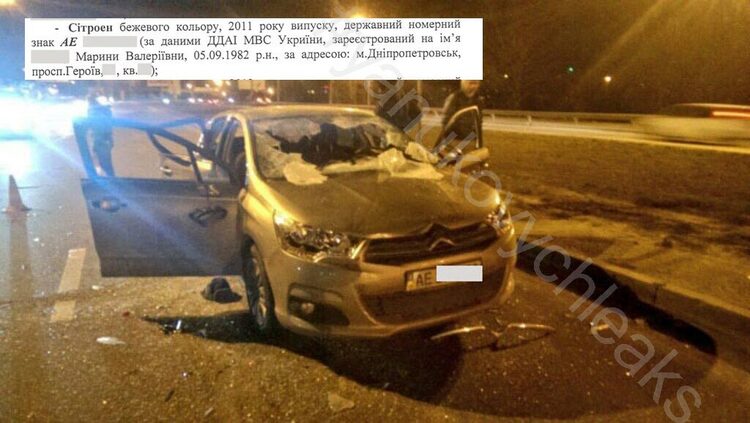 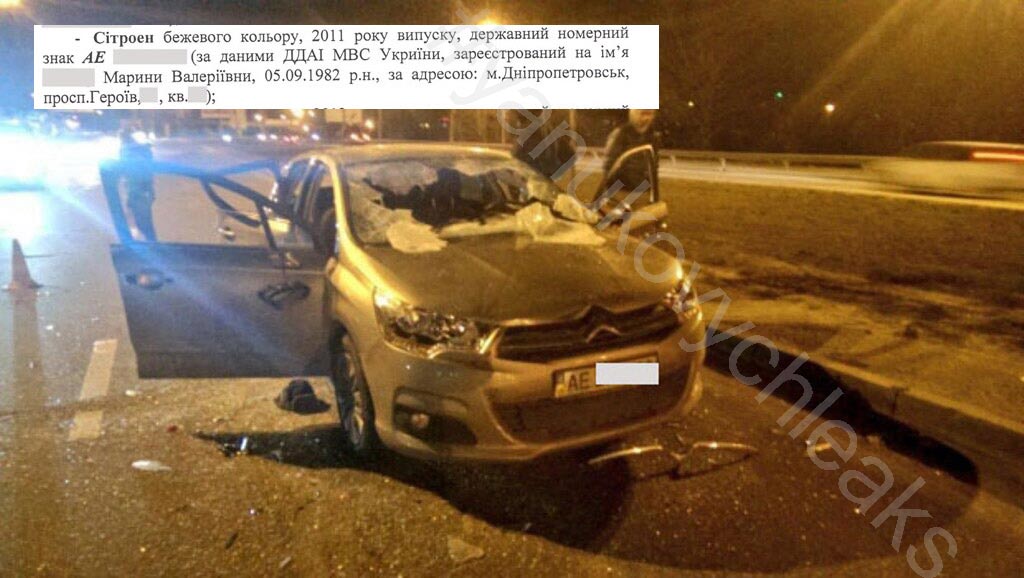 In the wake of that rally on Dec. 29, many drivers were stripped of their driving licenses. A database of court cases related to the loss of licenses was compiled by volunteer lawyers who represented the defendants.

Kobzar’s list contained 130 names. When the court database was compared to Kobzar’s list, 67 names were identical, and all of them lost their licenses.

And that wasn’t all: some AutoMaidan activists lost their cars to arson.

Inna Tsarkova is one of those named in Kobzar’s list. She was first stripped of her driving license, and on Jan. 31 the Subaru she and her husband owned was set ablaze, one of six cars to burn that night.

That night I went to bed and then my husband saw our car going up in flames. He ran outside right away, but the door was jammed and he couldn’t salvage it. - Tsarkova said 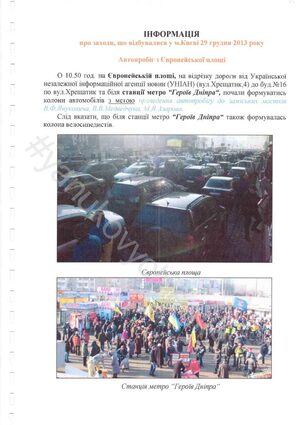 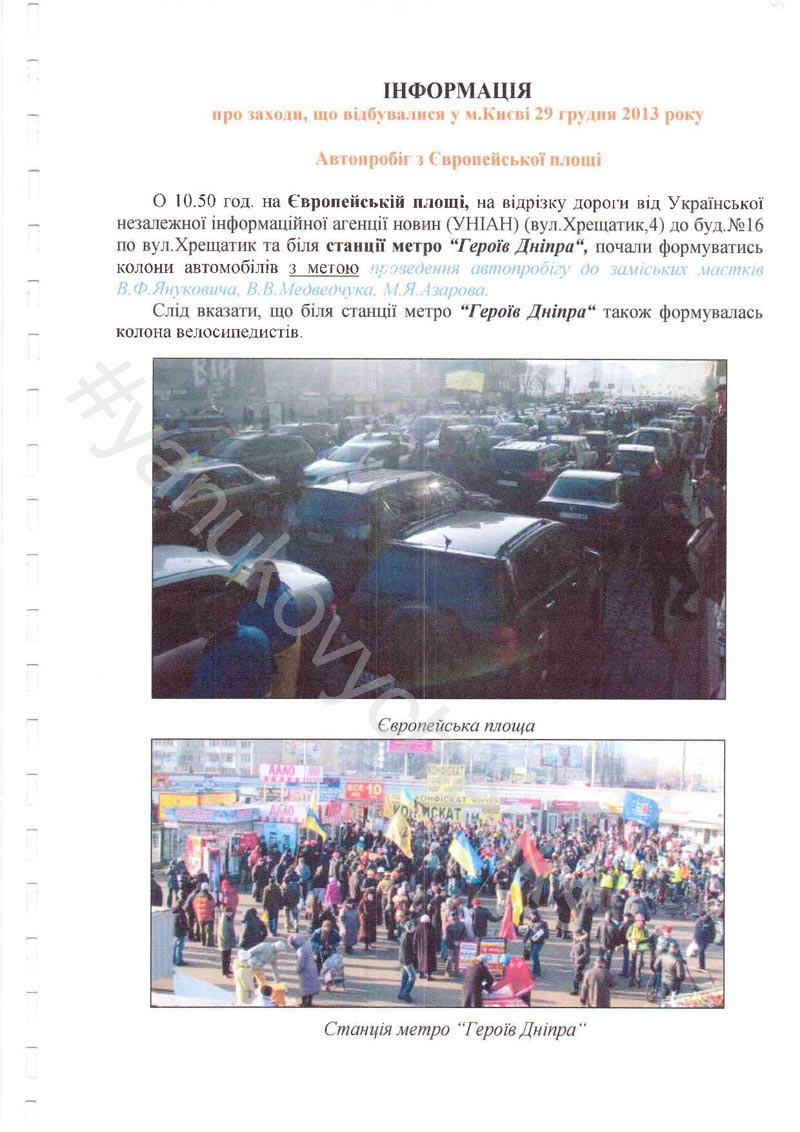 During the first six weeks of 2014, while protestors’ fires burned nightly all around the Maidan, firefighters were busy putting out cars fires as well.

On Epiphany, Jan. 19, it was five cars. The busiest single night was Jan. 30, when 20 vehicles went up in flames. According to the Emergencies Ministry, in the first two weeks of January, 129 cars were torched.

The records of burnt cars are still being compared to Kobzar’s list. A preliminary comparison shows that 13 of the cars that were destroyed were on the list; nine were set ablaze and four destroyed by Berkut riot police.

The AutoMaidan Report also mentions the current Minister of Youth and Sports Dmytro Bulatov, who was one of the leaders of AutoMaidan protests and was kidnapped on Jan. 22. More than a week later he was found in a village outside of Kyiv; he had been badly beaten and a part of his ear was cut off. The details of his disappearance are yet to be fully investigated.

Anyone whose surname or car was on the Mezhygirya black list, please contact yanukovychleaks@gmail.com to be added to the victims database.