Now the nation is in danger of losing some of his property that officials were hoping to claw back.

Kurchenko was a high-flying billionaire tycoon, making his fortune by the age of 28 for reasons nobody could explain. Now he is a fugitive from justice, believed to have been the front man for Yanukovych or his son. He disappeared on Feb. 19, two days before Yanukovych fled office and ended up in exile in Russia.

Although Kurchenko has denied any wrongdoing, the state is trying to regain control of assets he was forced to leave behind. But it is proving to be difficult and has directly placed the Ukrainian government on a collision course with a Russian government owned bank over the assets.

One major asset in question is the Odesa Oil Refinery, which Kurchenko bought in 2013 for US$ 125 million. Later that year, the plant was used as collateral for a loan from the Russian bank, VTB. VTB claims the loan defaulted and that it is now the owner of the refinery. Russia’s government, which has infiltrated eastern Ukraine with Russian soldiers, owns 60 percent of the bank. 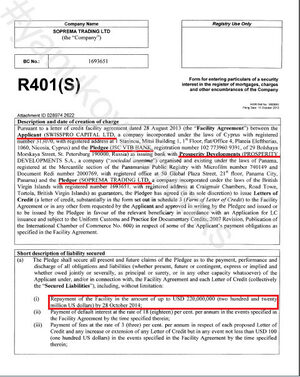 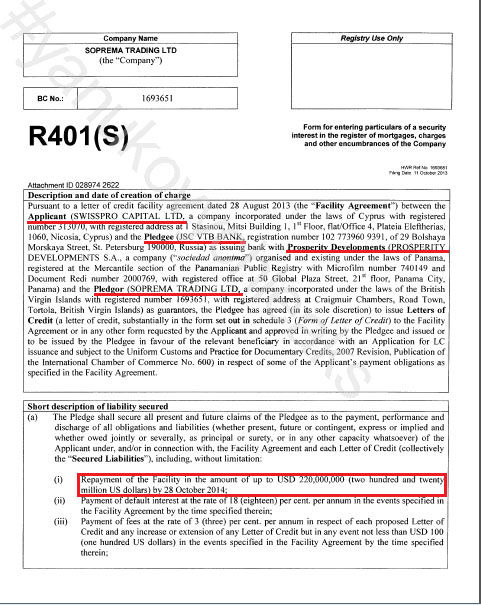 Investigators say that the real purpose of this loan was to fraudulently drain the refinery’s assets, removing them from Ukraine’s reach. They are looking into how Kurchenko used loans and offshore corporations in what they say was a complicated scheme to embezzle and misappropriate property.

As part of that investigation, 30 workers of Odesa Oil Refinery were questioned about Kurchenko by the prosecutor’s office in Kyiv on April 7.

If convicted on these charges, Kurchenko could face up to 12 years in prison and the confiscation of his property. But the question of who actually owns that property is being contested by VTB Bank.

Police say they are following a convoluted trail. Kurchenko received two loans from the VTB Group worth US$ 300 million, while the refinery’s shareholders approved a credit line from VTB for as high as $370 million. In both of these loans, the Odesa Oil Refinery was used as collateral. In one of them, for US$ 270 million, additional collateral came from oil products that belonged to Soprema Trading, an offshore company owned by Kurchenko. 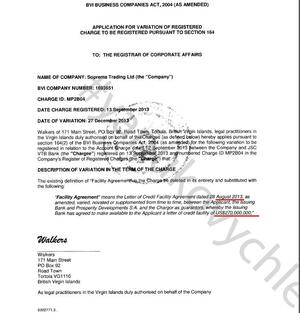 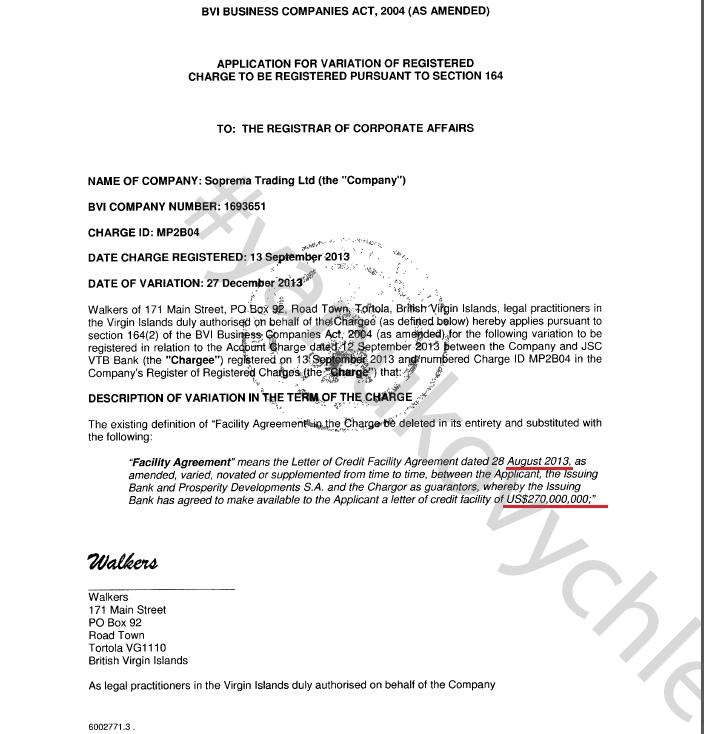 Several offshores were involved in the chain of companies used for receiving the $370 million in loans involving the oil refinery. According to a Dec. 23 meeting of shareholders of the plant, the scheme looked like this:

One loan from VTB was made to a Kurchenko offshore called Swisspro Capital Ltd., but the loan agreement mentions three other Kurchenko offshores as affiliates: Prosperity Development S.A., Soprema Trading Ltd. And Empson Ltd. Empson Ltd. is the significant name here because it owns 99.5 percent of the Odesa Oil Refinery, according to the state business register Smida.gov.ua.

Ukraine’s Interior Minister Arsen Avakov said on March 31 that Kurchenko’s holding transferred the ownership rights for the oil refinery to VTB via a dubious scheme. But the Russian bank denied any controversy in this operation, and threatened the Ukrainian government with a tough response if the property is nationalized.

“Such unlawful decisions can generate a series of actions in response from the Russian side, and ruin trade and economic relations between our countries,” VTB’s statement said on April 1. 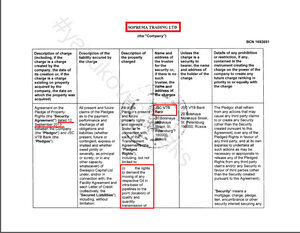 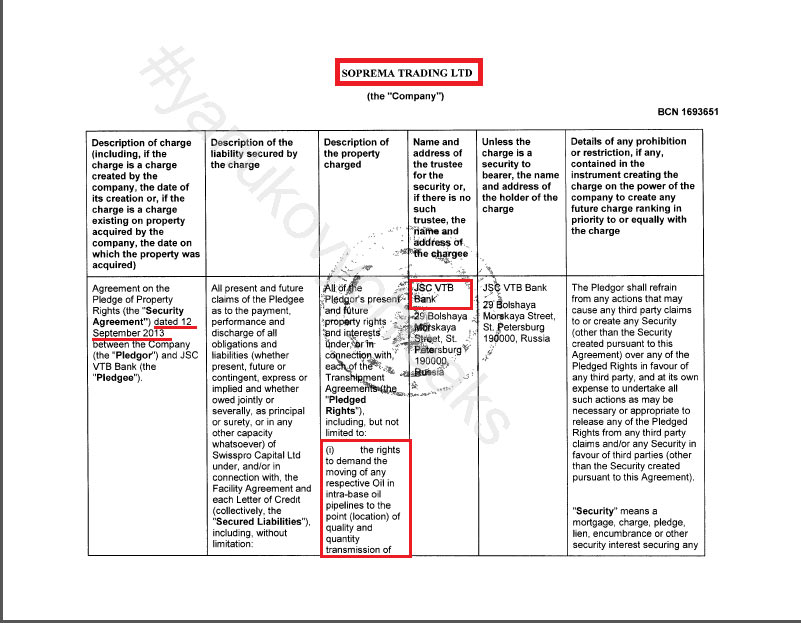 But Serhiy Kuyun, head of A-95, a consultancy that specializes in oil products, says it’s a little too early for the Russian government to consider the property their own.

“The Ukrainian law enforcers have to study if the loan agreement between the offshores and the Russian bank was in line with Ukraine’s legislation — for example, whether the state duty was paid to the budget of 1 percent of the loan (about $3.7 million). If it wasn’t, the agreement can be challenged,” Kuyun says.

Another of Kurchenko’s loans, abtained from researcher from the Investigative Dashboard, also raises many questions and features the same core set of offshore firms. 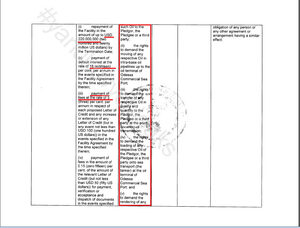 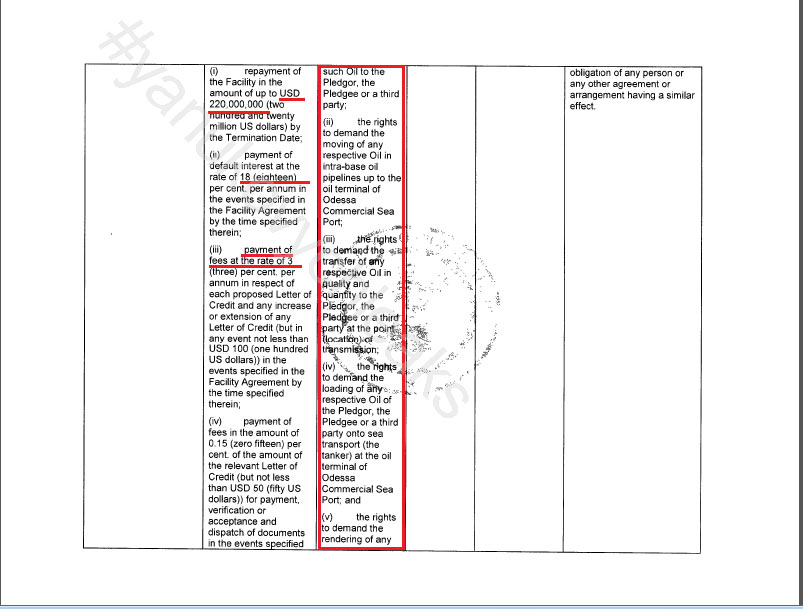 On Aug. 28, 2013, VTB issued a US$ 220 million loan to Kurchenkos’s Cyprus firm Swisspro Capital, while in December during the midst of the Euromaidan protests, the credit line was increased to $270 million. The guarantor of this loan was Kurchenko’s BVI-registered company, Soprema Trading.

This means, in the event that Swisspro Capital does not pay its credit line, Soprema Trading must surrender its property used as collateral – in this case thousands of tons of oil products sitting in the oil terminal of Odesa commercial port and being transferred by tankers that belong to United Oil (BVI) Group Limited.

The US$ 270 million loan was issued by one of VTB Group’s banks at a very high 18 percent interest, plus 3 percent commission. Kurchenko and his offshores agreed to repay this loan in by October 2014.

But the oil products that feature in this agreement were seized by Avakov’s ministry, triggering a conflict with VTB, which also claims the goods.

Andriy Hrynchuk, a managing partner of Hrynchuk, Mazur and Partners law firm, says that the whole scheme with oil products looks suspiciously like it was created to move Kurchenko’s assets out of reach of Ukraine’s law enforcers.

“There is a high probability that this is a part of a chain (Odesa Oil Refinery-Swisspro-Soprema-VTB) to move the assets of the oil refinery away from its (original) ownership to the ownership of the bank and other structures,” says Hrynchuk.