Would you like to stay in the Kyiv hotel of former Ukrainian President Viktor Yanukovych, built in a scenic park overlooking the Dnipro River?

After a hard day’s work in the prestigious Yanukovych business center in Pechersk, you can use the services of the luxurious Yanukovych spa right next door to your hotel. 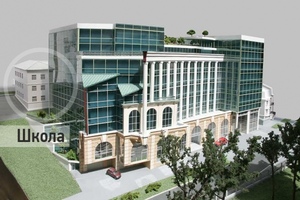 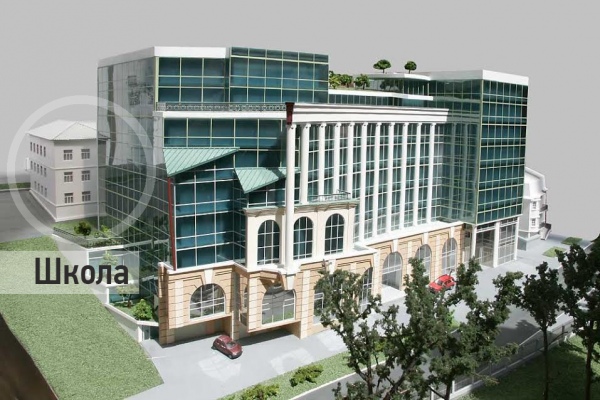 And, by the way, the best place to eat around there is a Yanukovych restaurant.

All of this could have been reality if the former president, overthrown by the EuroMaidan Revolution on Feb. 22, had held on to his job for just a few more years.

Documents from Yanukovych’s abandoned billion-dollar Mezhyhirya estate show that the president and his close circle were actively planning the new developments when they were deposed.

The plans would have come at a cost to the people of Ukraine, just like many deals during Yanukovych’s four years in office: the land plots arranged for the ex-president’s enterprise are located in the city’s green zones on the hills of the Dnipro River, very close to Askold’s Tomb city park.

The office center was supposed to be built right in front of a public secondary school. Had it materialized, the students would have lost both their scenic view and the sunlight streaming into their windows.

The project was coordinated by a company called the Business Development Company, specially created in 2010 for the task. The real estate inventory of this company was coordinated by Pavlo Litovchenko, a former director of Tantalit – a sprawling company that appeared to own or manage most of Yanukovych’s major properties.

The fate of the land plots that belong to companies controlled by Tantalit is still unclear. One of them is awaiting the decision of the Kyiv City Council, while the rest stand empty as law enforcement continues to comb through the Mezhyhirya documents.

A business center in a schoolyard 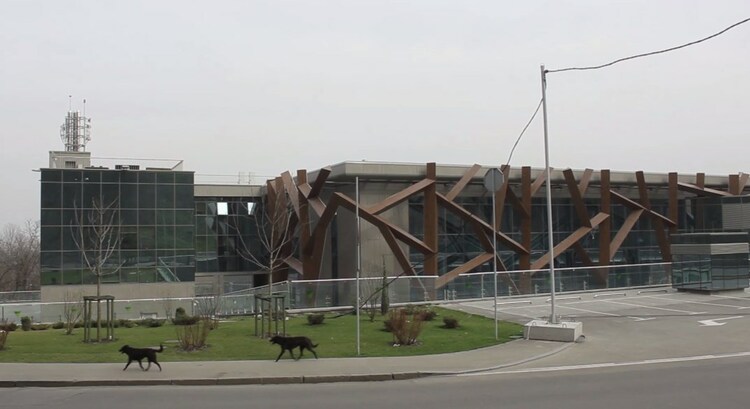 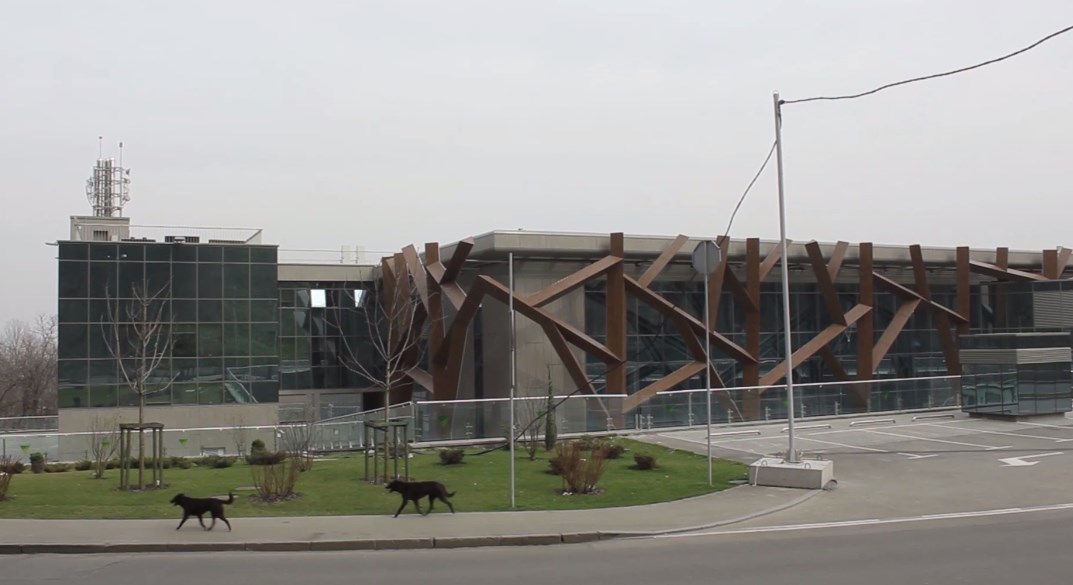 In 2013, the parents and students of School #5 in the Kyiv neighborhood of Pechersk had a problem. A company called Starkada, which had rented a neighboring land plot in 2007, started to install concrete and metal poles to mark the boundaries of its land in preparation to the construction of a nine-story office center complete with an underground parking lot.

Stakada obtained the plot of 0.27 hectares in 2007. At that time, the company was not controlled by Yanukovych. The land was choice, adjoining a botanical garden on one side, and expensive multi-level housing on another.

The owners commissioned an architectural design for a building, but did not start construction for several years.

“Last year it all started in April. But thanks to the community, the parents of the children, and the teachers, we managed to fully stop this construction. Since then, since April, when parents really threw themselves in front of the wheels of the [construction] vehicles, work has not taken place.” The parents quickly protested. Olena Khokhlova, deputy director of the school, said.

Then, in 2012, it was spotted by the future owners, who were not deterred by the fact that it was located right next to a school. The new owners, Hlib Vakunov and investment company Kyiv-Ost, bought Starkada along with the right to lease the land. They immediately wanted to start construction.

Vakunov has a long association with various presidential businesses. In 2010-2011, he worked for the AVK development company, which was used as a general contractor for many of the Mezhyhirya buildings. Vakunov controlled the quality of construction and decoration in several Mezhyhirya houses, for which he received a salary of $2,700 per month. He was also the proxy owner of another company that was planning to build the presidential spa center.

He will not say who offered him those jobs. “This is a commercial secret of that person, and I am not planning to reveal it,” he told a reporter with the Organized Crime and Corruption Reporting Project. “These sort of questions would be normal coming from tax inspectors, or if there is a court hearing. Why does the public and you need to know who offered it to me?”

Vakunov says that construction in Pechersk is not happening because his company is waiting for the lease agreement to be extended. “The Kyiv city council has not yet extended the lease agreement, which is why we’re not building. If the Kyiv council convenes, we will again, according to the legal procedure, apply for the extension,” he says.

The Kyiv city council agreed to consider a resolution from May of 2013 to extend the lease agreement, which will be decided upon by a new council after the May election.

Spa and Hotel on the hills of the Dnipro 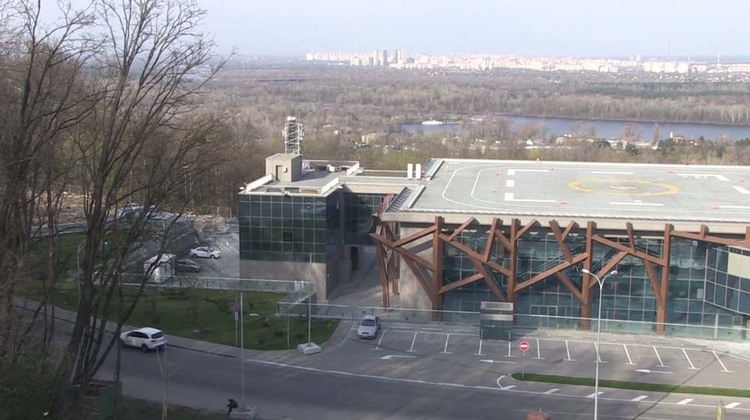 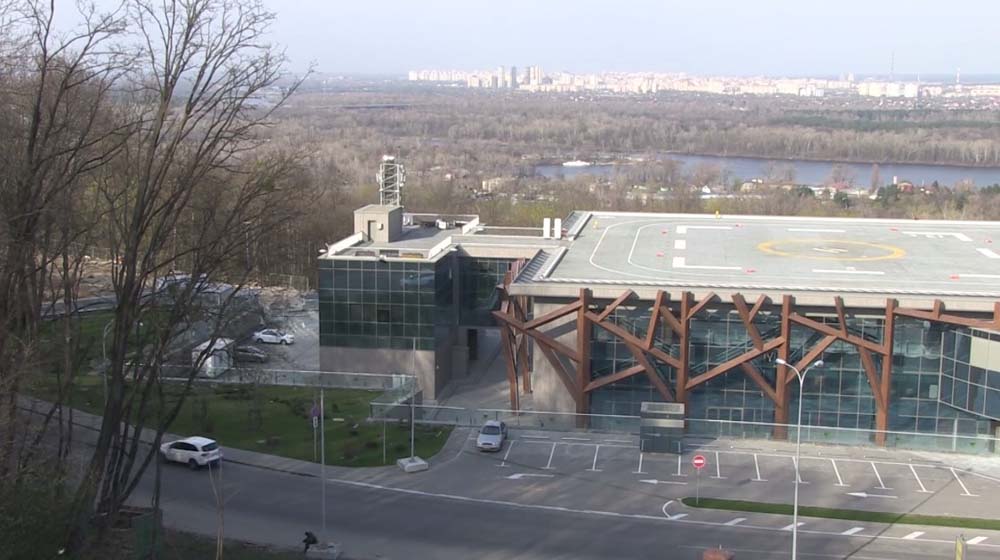 One of the luxuries built by the companies associated with the former president was a business complex complete with a helicopter landing pad, offices, exhibitions hall and a data center on the hills overlooking the Dnipro River. But Yanukovych’s inner circle had even bigger plans.

The same company linked to Tantalit that bought the helipad land also bought three hectares of land on either side of the complex.

One of those parcels was leased by Delicates Ltd, which at the time was the management company of the Kozachok chain of restaurants.

The plot of 0.3 hectares on Parkova Road was rented by Delicates for 15 years back in 2003, but the company hadn’t yet built a planned restaurant there. At the beginning of 2012, the company owners received an offer from the Amadeus Co., a Tantalit linked firm. Like in other cases, they sought to buy the company to control the lease – in this case buying out Delicates. Since they were not interested in the restaurants, they transferred ownership of the chain to other firms.

According to a source familiar with the deal, as a result of this agreement Delicates changed hands in autumn 2012, but by that time Amadeus was no longer involved. The source spoke on the condition of anonymity because he is bound by confidentiality agreements.

The new owners of Delicates were Vakunov, the man who wanted to build an office center, and Cyprus-based CBCG Trade Limited which is owned by Asset Management Group of the Marshall Islands, a secretive offshore jurisdiction in the remote Pacific Ocean. Vakunov also refused to comment on this company’s activity.

On the second plot of land adjacent to the helipad, a 25 year lease was signed on the property in October of 2013 by Oleksandr Okhota, director of a company called Park Way.

Park Way, like Delicates, is also owned by Asset Management Group. As a result, in Ukraine all of these companies appear unrelated, but in fact all three hectares of land on the hills of the Dnipro ended up in the same hands.

Park Way intended to build a hotel on its plot of 0.55 hectares. Currently the site is occupied by an abandoned headquarters for a governmental agency that protects against landslides. Documents found on the floor of this building show list Amadeus’ name, which handled documents for construction on that land.

It is not clear now what will happen to the land.