More than a year after Slovak investigative reporter Ján Kuciak and his fiancee were assassinated in their home, one of the country’s richest men has been charged with ordering their murders.

The allegations against Marian Kočner, who has been jailed since June in connection with financial crimes — some of which Kuciak had investigated and written about — were announced on Thursday, Mar. 14 at a news conference near Bratislava. The indictment caps a year-long probe into the murders, which Kuciak’s colleagues and the public have long suspected were connected to his coverage of corruption and organized crime in Slovakia. 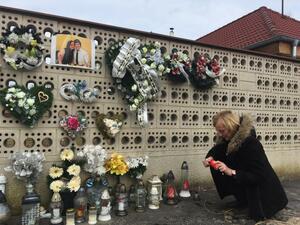 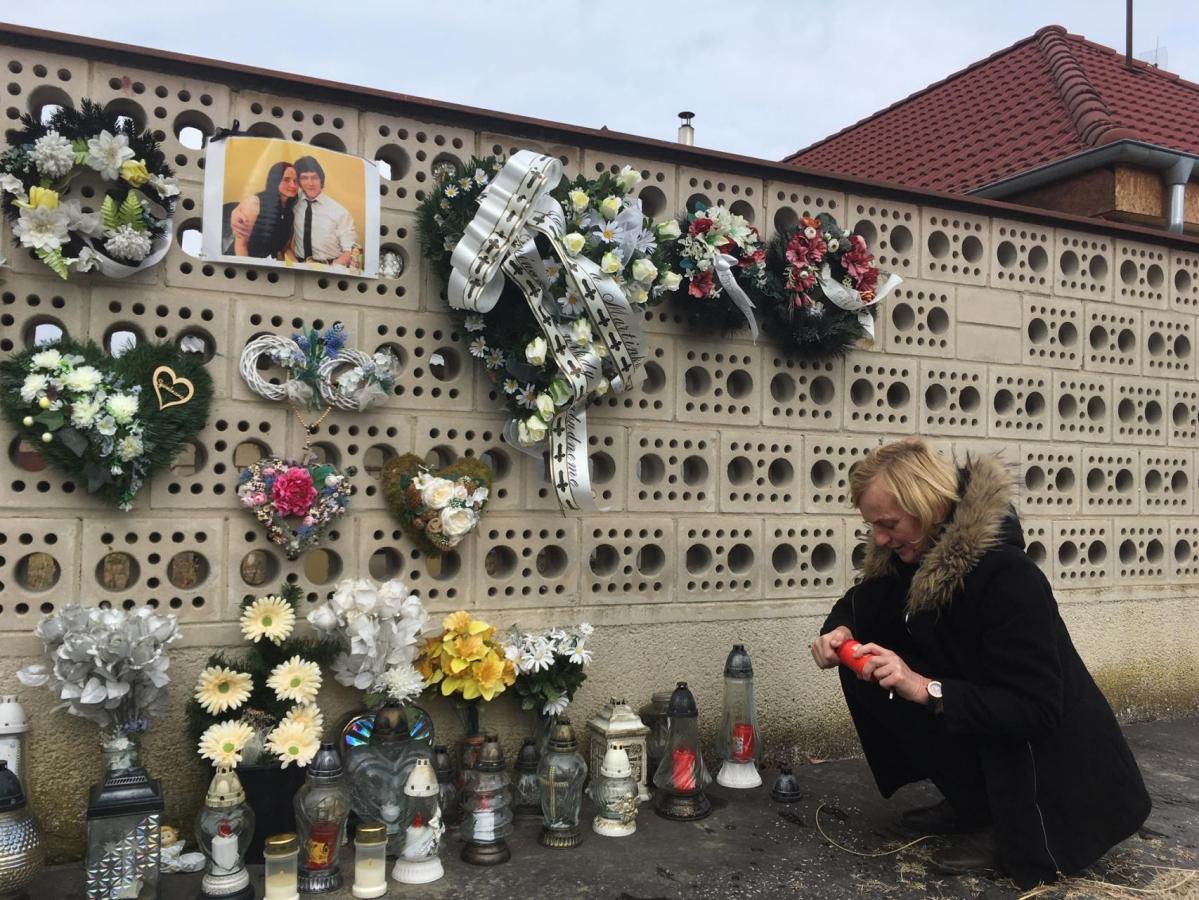 Kuciak’s death, and that of his fiancee, Martina Kušnírová, shocked Slovaks and sparked mass protests that toppled the government of then-Prime Minister Robert Fico. Four people were detained in September 2018 for the killings. Three of them were later charged with arranging and carrying out the murders and the fourth with giving the order, but it took until now for authorities to publically connect the plot to Kočner.

Kuciak wrote about financial crimes for the website Aktuality.sk, and at least one witness told police that Kočner had complained about the journalist’s coverage of him. In October 2017, Kuciak posted on Facebook that he had received a threatening phone call from Kočner, which he reported to the police.

Kočner has long been referred to in Slovak media as a “controversial businessman.” It was reported in 2011 that his name appeared on a leaked Slovak police list of people suspected of having a role in organized crime. 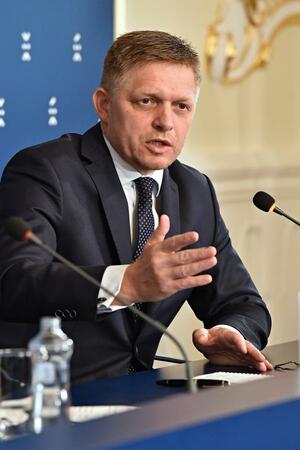 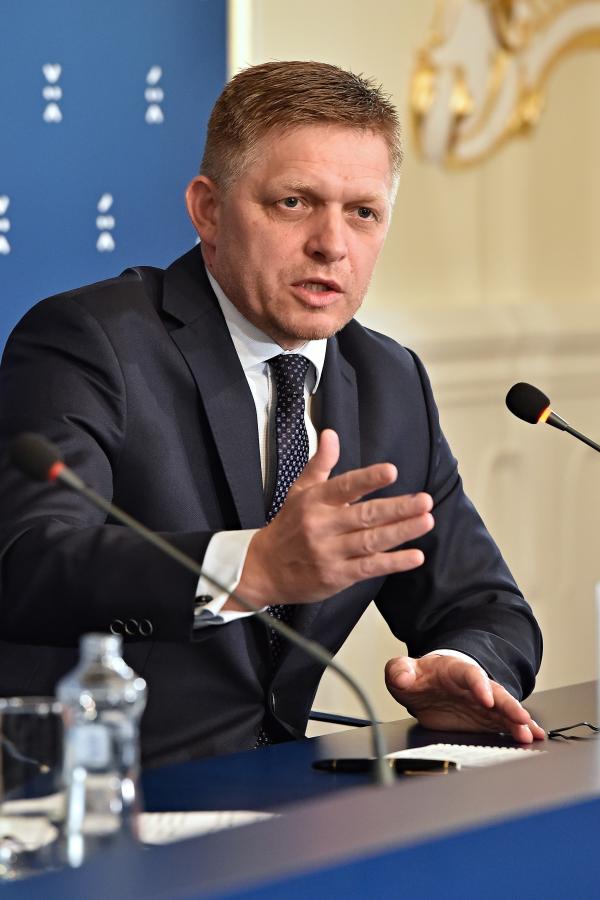 At the time of his murder, Kuciak was working with OCCRP on a story about the Italian mafia’s activities in Slovakia. In the year since, OCCRP and its member centers — particularly the Investigative Reporting Project Italy, the Czech Investigace.cz, and the Investigative Centre of Ján Kuciak — have continued reporting on this topic, as well as on Kuciak’s murder and the subsequent Slovak police probe.

The reporting raises questions about what two important officials — Fico, the former prime minister; and Robert Krajmer, former head of the Anti-Corruption Unit of the Slovak National Crime Agency (NAKA) — may have known about the murders.

At Thursday’s news conference, prosecutors didn’t say if they were looking into the two men. They said they expected the investigation to continue into the summer.

“It’s not enough for me,” said Ján Kuciak’s brother Jozef, speaking of Kočner’s arrest. “Of course it’s a significant step to achieve justice. But Marian Kočner was not the only one who Ján wrote about and who couldn’t stand my brother.”

Kočner’s attorney did not reply to requests for comment, and Fico also did not reply by publication. Krajmer could not be reached.

Despite rumors of his impropriety over two decades, Kočner seemed untouchable until last summer.

Some believe he had the protection of powerful officials.

“I believe this friendship brought Kočner a certain position … stability and, in a way, inviolability,” he said.

In June 2018, Kočner was detained and later charged with forgery, suspicious property transfers, and tax fraud. He remains in jail pending trial.

The allegations against Kočner include involvement in forgery of promissory notes worth 43 million euros issued in connection with a private broadcaster, TV Markíza, one of Slovakia’s most popular channels.

A separate charge against Kočner was related to an allegedly fraudulent VAT deduction claim he and developer Ladislav Bašternák submitted for property transfers at the Five Star Residence development in Bratislava.

On Sept. 5, 2017, shortly after Aktuality.sk published a Kuciak article about Kočner’s alleged fraud, the businessman called him, threatening to ruin his reputation.

“As soon as I find some … dirt, wrongdoing, or crimes of you and your family,” Kočner said, “You can be sure I’m going to make it public.” 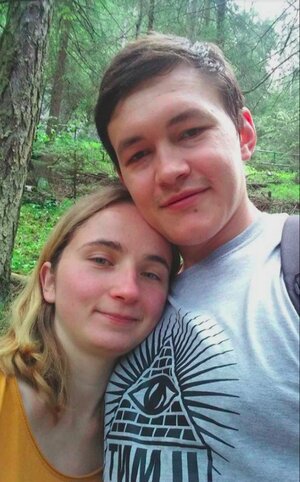 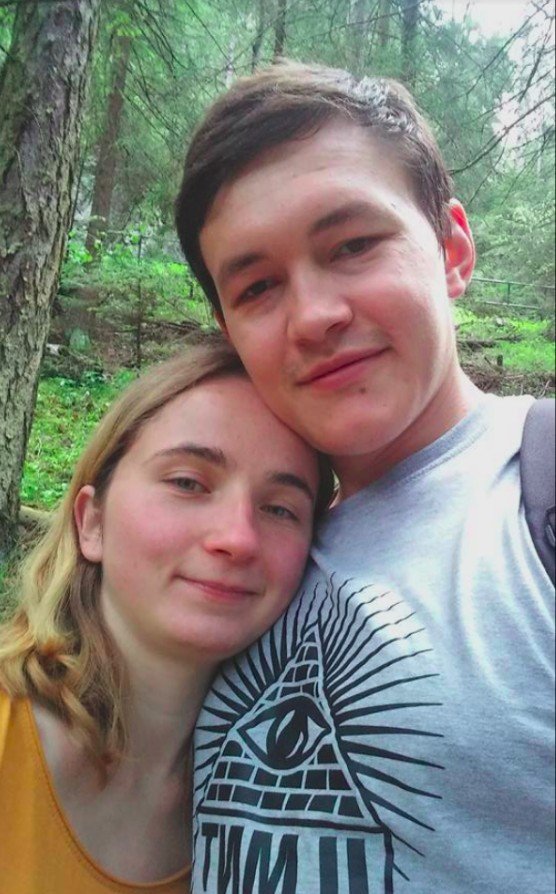 Kuciak reported the incident to police, who took no action.

Kuciak’s father Jozef said his son, nicknamed Jano by his friends and loved ones, did not talk much about Kočner. Speaking of the threat, Jozef said the family was “not afraid of it.”

For Kuciak, the Kočner articles were just another project. Kočner, however, had complained about the young reporter and other journalists who were writing about him. This is according to a former Slovak Intelligence Service officer who told investigators Kočner had hired him and one other person to surveil Kuciak and other reporters. He said they were told to look for any compromising information about Kuciak related to drugs or his private life.

Kočner’s idea was to create a news portal that would collect information about the journalists’ private lives. He hoped that exposing any vices would show them to be hypocrites, thus undermining their investigative reports. In his call to Kuciak, Kočner said: “You will be the first one on my website.”

“They took photos of him during normal daily activities, such as waiting for a bus,” he said. “This is why I think the explanation for why they were collecting compromising material is not believable. I think it could have been … [monitoring] Ján Kuciak’s movements before the murder.”

Kočner’s arrest doesn’t answer all the questions raised by Kuciak’s murder. The businessman has long been seen as a player in a web of powerful Slovak political, financial, and criminal interests — some of whom the journalist had written about.

“I believe that many of Kočner’s friends have been dirty for years. And they’re directly or indirectly responsible for what happened to my family and are not being investigated,” Kuciak’s brother Jozef said.

Two important Slovak political figures were part of Kočner’s network. One is Robert Fico, the country’s former prime minister and head of the governing Smer-SD party. The other is Robert Krajmer, formerly head of NAKA’s anti-corruption unit.

There is no evidence that either man has been questioned — despite the fact that Fico has ties to organized criminal groups Kuciak was investigating; that Krajmer was inexplicably present at the murder scene shortly after the bodies were found; and that Fico, Krajmer and Kočner were connected to one another in various ways.

In the days before his brutal murder, Kuciak was working with OCCRP on an exposé about Fico’s ties to Antonino Vadalà, an Italian businessman associated with the powerful ´Ndrangheta mafia.

The reporter had found that the two were connected through a young woman who had owned a business with Vadalà and was later Fico’s assistant.

Kuciak’s reporting also showed that Vadalà had allegedly engaged in farm subsidy fraud in Slovakia and had business ties with Smer-SD members.

Fico was recorded having a friendly phone conversation with Vadalà, according to Italian police investigators who asked not to be identified because they are not allowed to talk to the media. The call was intercepted by Italian Anti-Mafia prosecutors during a 2012 drug trafficking investigation. Through a spokesman, Fico has denied knowing Vadalà.

In 2015, Vadalà bragged that he had inside connections with Slovak government officials in a conversation recorded by undercover police.

“I have five hectares at Slovakia’s largest customs depot,” he told Italian police posing as drug dealers. “The head … there is my man, I put him there.” He promised the undercover cops cooperation from corrupt Slovak customs officials as well as from the SIS, the country’s intelligence agency. “I know them all,” he said.

Police initially investigated Vadalà for Kuciak’s murder, but released him after finding no connection.

Fico also knows Kočner. The men were next-door neighbors on the fourth floor of the Bonaparte Apartments, an elite residential building in Bratislava. Moreover, Fico was renting his apartment from Bašternák, the businessman who was sentenced for making an excessive VAT claim in the Five Star Residence case. Kočner is charged with tax evasion in connection with the same case.

Confusingly, Fico reacted to Kuciak’s death by describing it as part of a “coup attempt” against him.

Krajmer, whose police unit investigated financial crimes, inexplicably visited the murder scene shortly after the bodies of Kuciak and Kušnírová were discovered. What, if any, role he had in the investigation remains unknown, though he and his superior later lied about his presence.

Krajmer was filmed near the house by TV JOJ, prompting the channel’s reporters to ask why such a high profile police official — the target of investigations by Kuciak’s team — was there?

Slovak police president Tibor Gašpar, who had appointed Krajmer, initially denied that his subordinate was at the crime scene, but TV JOJ broadcast the proof the next day. The police then changed course, acknowledging Krajmer was at the scene but saying that he was there because he, like Kuciak, investigated corruption crimes.

Soon after the bodies were found, Gašpar said the police were pursuing a lead that unidentified “junkies” were the killers, but never backed up his unusual statement with any evidence.

Furthermore, according to media reports, police determined during the investigation that information about Kuciak in police databases had been accessed before the murders. The database includes important information such as past offenses and home addresses. The officer who accessed the data indicated he was asked to do so by Gašpar.

After the database access became public, both Gašpar and Krajmer left the police to join the interior ministry.

There are other interconnections between Krajmer, Gašpar and organized crime figures.

Krajmer’s wife worked for a company owned by Zoroslav Kollár — who was also named in the police report on figures connected to organized crime — and a man named Norbert Bödör. Bödör’s father Miroslav owns Bonul, a private security company that won a number of state tenders and grew rapidly after Fico’s Smer-SD party returned to power in 2012. Bödör is a powerful businessman with strong ties to Smer-SD. Fico appeared at a Bonul party. According to the SME newspaper, Bödör and Gaspar are also related through their wives.

State of the Matter

One year later, Kočner has now become the fifth person charged in connection with the murders of Kuciak and Kušnírová. The three alleged assassins and their immediate organizer, arrested in September, have been awaiting trial.

Vadalà, the Italian businessman with ties to Fico, is in jail since March 2018 awaiting trial for international narcotics trafficking.

But there is no known police investigation of Fico, Gašpar, and Krajmer.

“In my opinion, Marian Kočner would not dare do it alone without the protection of influential people. We need to investigate further,” said Jan’s brother Jozef.

Corrections, Feb. 21, 2020: The police’s stated reason for Krajmer’s presence on the crime scene has been clarified. Gašpar and Krajmer’s resignations from the police force are now described more accurately.