A review of company and land registry records shows that, in recent years, Croatia’s Čikat Bay has effectively become a Russian outpost. More than half of the properties along the beautiful waterfront, including many of the largest, were bought, refurbished, or redeveloped with Russian capital. Many other properties there are owned by people from Mihajlo Perenčević’s circle.

What was once an easily accessible middle-class getaway is now becoming a luxurious summer playground from which, locals complain, the public is increasingly being excluded.

The Russian takeover of Jadranka, the veteran Lošinj tourism developer that owns much of the property along Čikat Bay, began in 2013. That year, a majority stake in the company was purchased by UK Promsvysaz. This Russian management company belonged to Promsvyazbank, a major Russian bank that was taken over by the state in 2018. 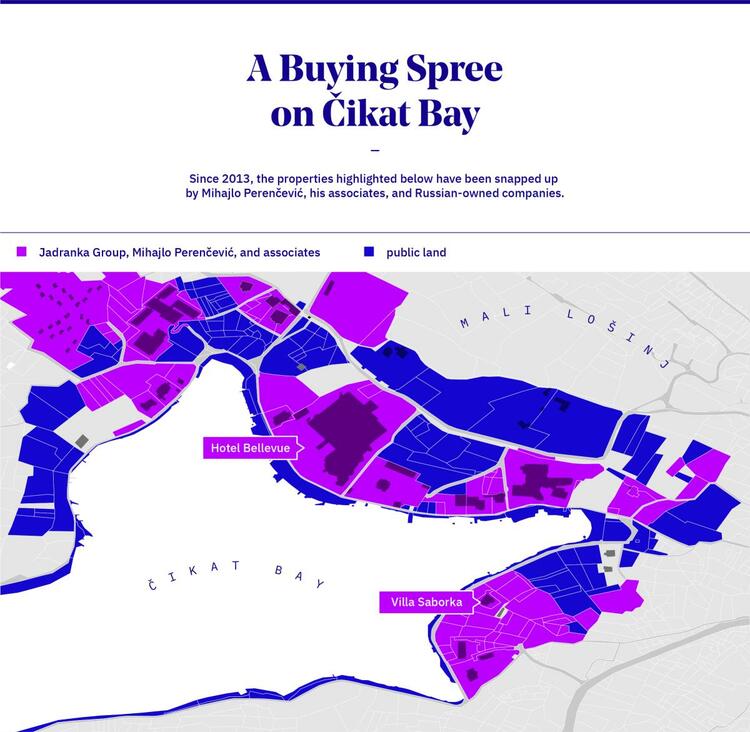 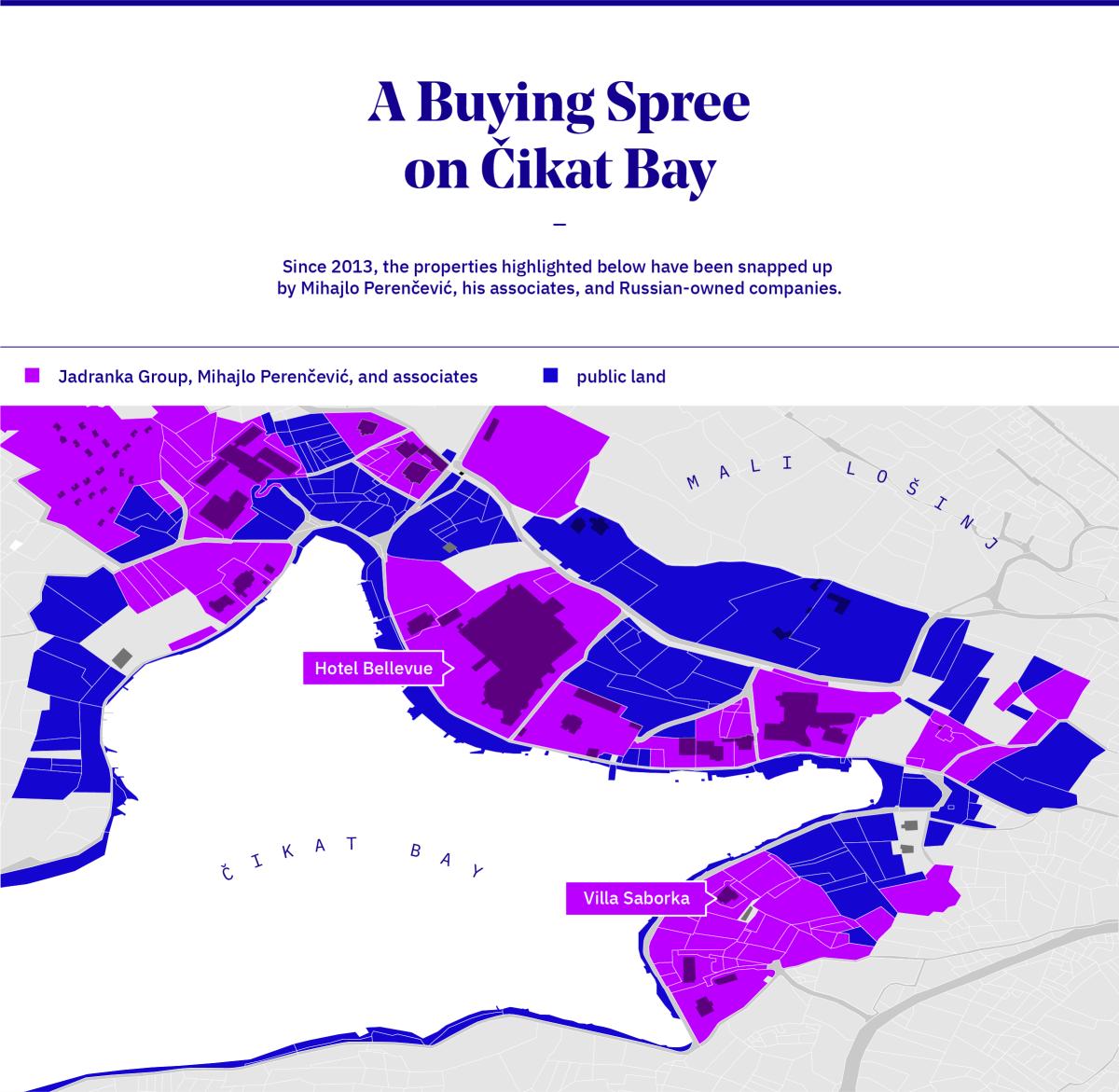 Credit: Oštro/Studio Mashoni Click here to see the properties the people mentioned in this story have snapped up in Čikat Bay.

At the time, Croatian media speculated that Perenčević had been behind the investment. He denied that his money was involved, but did admit that his influence had facilitated the deal.

However, responding to inquiries by Russian outlets, Promsvyazbank denied having any interests or assets in Croatia. “The fact that a management company manages the assets of this or that company, for example through a private equity fund, absolutely doesn’t mean that the management company is the beneficiary.”

Promsvyazbank did not respond to a request for comment from OCCRP on why its management company did own a majority stake in Jadranka.

The website of UK Promsvyaz shows offers for trust services and closed-end funds, a type of investment vehicle that can enable investors to remain anonymous.

After the acquisition, Jadranka significantly rebuilt and developed its tourist infrastructure on the island, including its luxurious hotels on Čikat Bay.

Late last year, the company’s ownership changed hands after Promsvyazbank came under financial duress and was bailed out by the Russian government, which took control of its shares. The Lošinj properties were then transferred to Alfa Group, Russia’s largest private bank. Today, Jadranka is again owned by a management company — UK Alfa-Kapital — which belongs to the bank.

The company’s actual owners have never identified themselves. Neither UK Alfa-Kapital nor UK Promsvyaz responded to requests for comment.

During Jadranka’s development surge, people and companies closely connected to Perenčević bought several other valuable seaside properties on Čikat Bay. Some of these were also recently taken over by Alfa Group, just like Jadranka.

The unknown identities of Jadranka’s investors hasn’t stopped the Croatian state and Lošinj’s municipality from working with the company in a public-private partnership to expand the island’s tiny airport. In an interview for local media, the company’s CEO said a larger airport was needed because of “the profile of our guests.”

Unreal Estate
Bank Records Link President of Cyprus to ‘Troika Laundromat’
For American Amusement Park, Russian Money Was the Wildest Ride of All
How Russian ‘Blood Money’ Flowed Into Montenegro