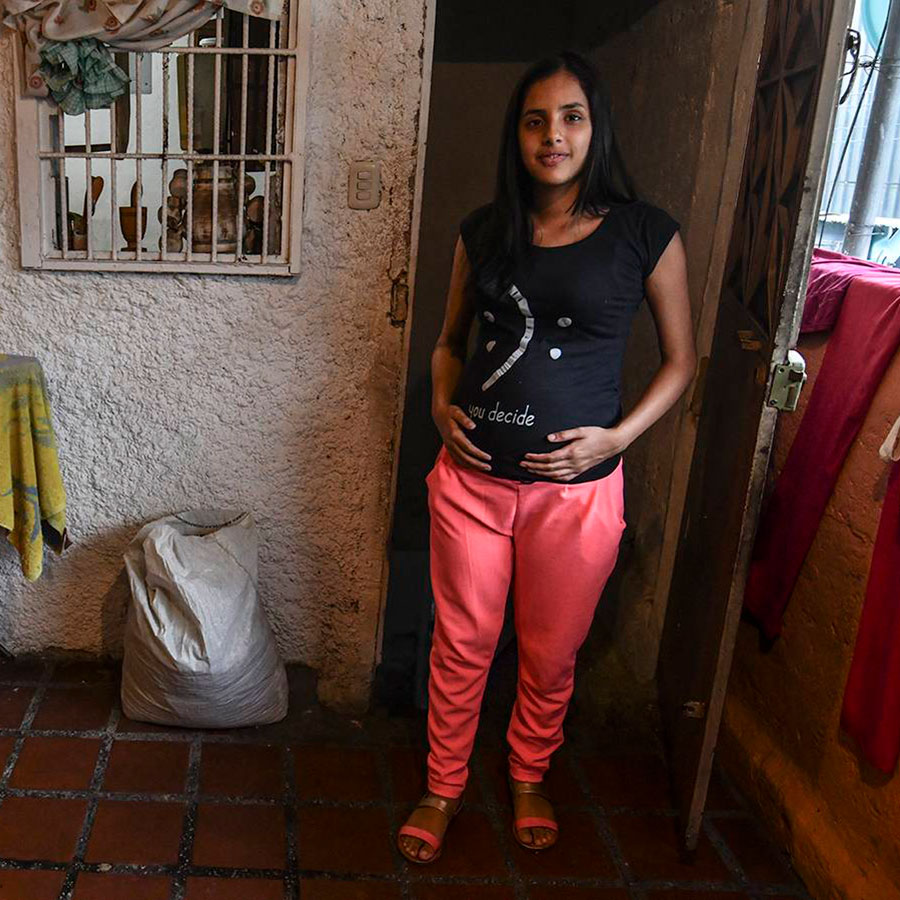 A Pregnant Teenager with no “Fatherland Card”

Saray Castillo is 15 years old and five months pregnant. And the prejudice against Saray is bigger than her belly.

Saray is not unusual: 95 in every 1,000 Venezuelan girls between 15 and 19 get pregnant, a rate much higher than the Latin American and Caribbean average of 64 in every 1,000, according to the United Nations Population Fund’s 2017 State of World Population report.

Saray admits that she is being forced to grow up quickly. She has learned the hard way that she must be more organized if she hopes to finish her studies: she says she had to quit her third year of high school.

School officials “told me they don’t admit pregnant girls,” she says resignedly. She didn’t know that Resolution 1762 of the Ministry of Education (1996) guarantees the right for pregnant teenagers to continue their education at any school in the country, as part of the national Education Law.

Some of the blood tests Saray needs are covered by her family’s private health insurance. But it doesn’t cover the sonograms that she does every month or other blood tests.

Her father Enrique Castillo says that his daughter will need an imported medication called RhoGam when she reaches the 28th week. They don’t know how much it costs, but they guess it’s a lot.

The bills keep rising: The family had to pay 126,000 bolivars for the last test, a prenatal profile, and 55,000 bolivars for the sonogram. Saray and her father both say she won’t get all the treatment and health care she needs for free, even in a public healthcare center.

“Apart from the private hospital I go to with the health insurance, I go to the Santa Ana maternity ward,” she says. “I will give birth there but they don’t have the resources nor the vitamins the doctor prescribes.”

Credit: Juan Barreto / Efecto Cocuyo Saray says that due to her pregnancy, she’s been forced to grow up quickly.

Saray shows frustration and a flash of anger when she says she applied for the Hogares de la Patria (Fatherland Homes) debit card in order to get the subsidy of 140,000 bolivars the government provides to those who live in precarious conditions.

She went to the Miraflores Palace, the president’s office. After a whole day of standing in line, she was told she needed the carnet de la patria (the Fatherland Card), a card that the Venezuelan government recently created. The card is compulsory to obtain essential goods subsidized by the state; goods on which many Venezuelans depend.

On Dec. 3, 2017, President Nicolas Maduro spelled it out: “From now on we will govern with the carnet de la patria, from the basis, from the people. All programs, missions, bonds and protection plans against the economic war. Carnet de la patria for everything”.