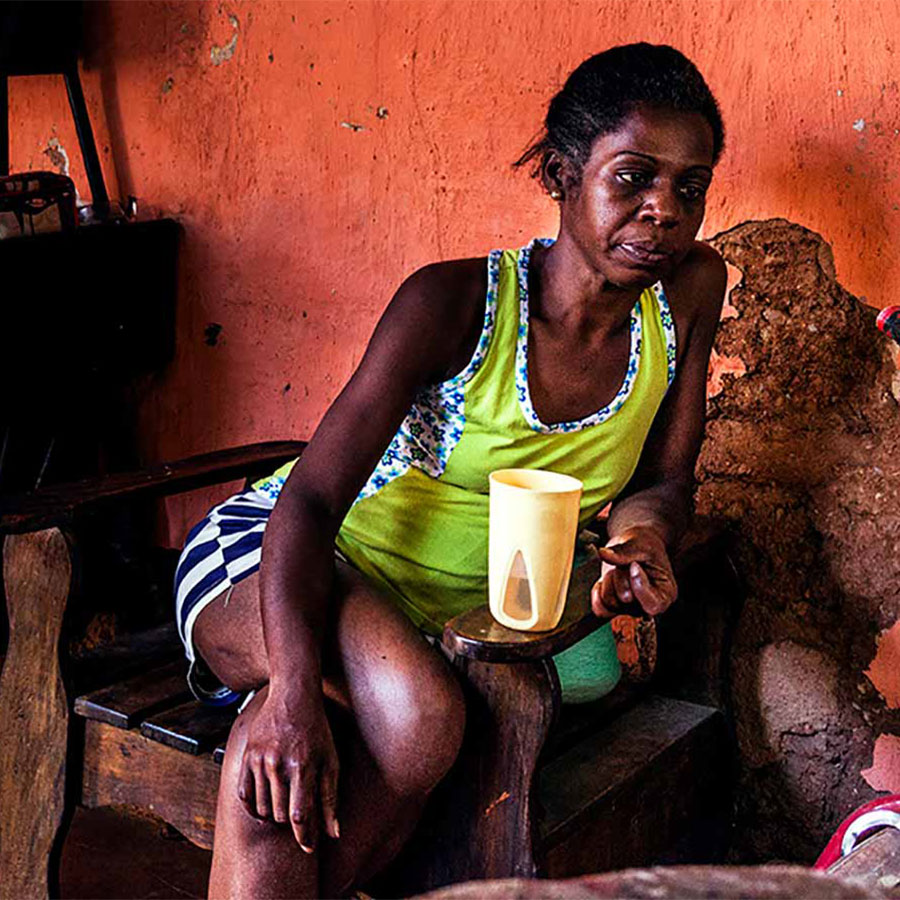 Four generations of the same family live in this house, most of them women. One of them is pregnant and they all eagerly hope that the baby will be a boy after so many girls. But that’s not the only thing that would be special about this baby — the mother is also a grandmother.

“It was hard to accept, I won’t deny it,” says Damarys Carvallo about the day she found out she was pregnant. At 49, she already has five children and three grandchildren. “And then I said, what can I do? I have to have this baby; I won’t take away from him or her the privilege of life. She or he was sent to me. This must mean something.”

Hunger is her main concern, eclipsing even the fact that she is about to give birth to an uncle or aunt for her grandchildren. They live in Venezuela, where due to high costs and runaway inflation, people who earn minimum wage can only buy one chicken and one kilogram of rice every two weeks.

Non-governmental organizations like Caritas have demanded that the Venezuelan authorities allow immediate international humanitarian aid, but the government refuses to do so, despite a study done by the Catholic charity which shows malnutrition and poverty are now a serious problem.

Damarys lives in an old house in the shanty town of El Guarataro, in northwest Caracas. She is the head of the household, supporting it on the salary she earns working in a restaurant. Her eyes fill with tears and her voice trembles as she talks about becoming a mother again, 14 years after delivering her last child.

Damarys has lost 20 kg in two years, down to 52 kg, because of the country’s huge food shortages. She confesses that she eats protein just once a week.

“Thank God, all my children are buen diente,” she says, which translates roughly to “not picky eaters.” Nevertheless, she longs for the years when her children were little and could eat better. Nowadays, she adds, “even if you have the money, the price for the product you find today will be higher tomorrow.”

Hyperinflation devours everything in Venezuela, especially people’s savings which lose most of their value in weeks or months. In 2017, inflation is projected to have exceeded 2,400 percent and to rise to about 13,000 percent in 2018, according to the International Monetary Fund.

Damarys’ 23-year old daughter Waika Mendoza Carvallo manages to retain a sense of humor. She notes there is only water and light in their refrigerator.

Damarys benefits from the food bags the Government sells at reduced price through the Local Committees for Supply and Production, known by the Spanish acronym CLAP. The bags contain the carbohydrate rich mixture of two kgs of corn flour, two liters of oil, two kgs of pasta, four cans of tuna fish, one kilo of powdered milk, and three kilos of legumes.

It’s something, but it’s not enough to sustain a family of five, one of them pregnant.

Damarys has received good prenatal care during this pregnancy from the Cuban clinic near her house. A few times, she had to go to a private clinic when there were no laboratory staff at the state clinic to run the tests. She was provided with iron, calcium and folic acid supplements only when they were available.

Her daughter Waika’s last pregnancy was different. Waika never went to prenatal care until she was about to give birth, adding that she didn’t go because she hadn’t internalized she was actually pregnant until her belly “exploded.” Waika also confesses she didn’t have the money for tests and sonograms.

“They don’t accept exams from the [state clinic] at the maternity ward [where she was to going to give birth]. [They want tests] almost exclusively from private [medical] centers,” she says. “They want sonograms in which babies can be seen clearly.”

Waika gave birth at the Concepcion Palacios maternity hospital in Caracas, one of the leading maternity wards in Venezuela. They told her they rejected tests from the [state clinics] because “they display the results handwritten on a white sheet because they don’t have resources to do it properly. So they couldn’t read the handwriting and preferred results printed directly from the machine.”

Waika’s third baby was born with a good weight. However, Waika, who works at a clothing stand in a city market, says that food is scarce at home. “Sometimes we all go to bed without eating.”

Damarys says if she has the money, she will spend more to avoid waiting in the long lines to buy government-regulated products in the supermarkets. “I am not made for lining up, I have a tough time, because people become aggressive, they push other people; I don’t like it. If I have the money, I buy more or less expensive food. If not, we prepare a meal of chopped rice.”