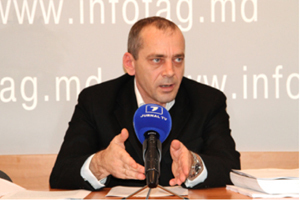 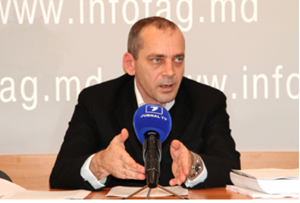 Vadim Ciornea, aka Cascei, is in the middle of a gang war in the tiny Republic of Moldova. He was badly beaten this summer by his opponents.

Reporters from the Organized Crime and Corruption Reporting Project (OCCRP) met Moldovan citizen Vadim Ciornea, aka Cascei, in the garden of a luxury hotel in downtown Chisinau, the capital of the Republic of Moldova. Ciornea, who is under indictment for fraud, described to OCCRP reporters how his company ended up doing a bogus business deal with Tormex Limited.

Tormex is one of the companies OCCRP has identified as being part of a set of intertwined, proxy-run companies that were involved in laundering money for organized crime and corrupt state officials. More than US$680 million ran through Tormex’s accounts. Many of the deals resembled Ciornea’s deal with Tormex.

Ciornea said no actual business ever took place. He said he had a contract with Melide Ltd for pipes he planned to sell to Moldovagaz.

“Melide was selling equipment but it never came. I asked for the money back and it came back but through Tormex,” Ciornea told a reporter. He later clarified the deal.

“This is the official version: the pipes didn’t arrive. Someone asked me to send money into that bank account (Melide). I knew no equipment will come. But I knew the money will come back, I will recover. If these offshore companies are so famous, do you think they would cheat me?…It was like a loan for a friend.” he said. 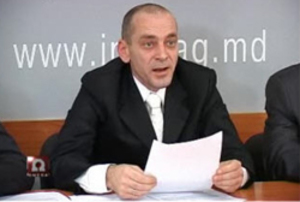 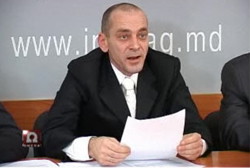 Vadim Ciornea, aka Cascei, is in the middle of a gang war in the tiny Republic of Moldova. He was badly beaten this summer by his opponents.

According to banking records obtained by OCCRP, in May or June of 2008, Gasvat Grup SRL, Ciornea’s company, received €256,750 (US$400,000) from Tormex. The money was transferred from the Latvian account of Tormex to the Moldovan company’s account at Eximbank Moldova.

Melide Ltd, the company where Ciornea sent the money, was established by the controversial Taylor GT Group, the same group that established Tormex and numerous other companies in the Proxy Platform. Just like Tormex, Melide Limited is a company involved in the Wachovia money laundering scandal.

The Ciornea-Tormex deal is replicated in many other Moldovan deals. Vladislav Caruceru, the prosecutor who investigated the Tormex money transfers in Moldova told OCCRP that: “It is about business deals that never took place. Most of the Moldovan companies involved received the money back from Tormex or from some other offshore companies.”

Police suspect the back and forth transfers were actually money laundering operations.

In September 2007, a Moldovan company called Poliproiect SA struck a business deal with Tormex Limited. Tormex said it would supply electronic equipment to the company. Poliproiect sent $231,960 dollars to the bank account of Tormex in Riga. But later, it received a letter in which Tormex, under the signature of Vladimir Salanenka, explained that it could not deliver the goods and added that the money would be returned to the Moldovans through another company called Wanton Services LLC from Washington, DC. The letter is addressed to Arcady Andronic of Poliproiect. OCCRP found out that the managers of the Washington based Wanton Services are named Arcadie Andronic and Mariana Andronic. Arcady is an alternative spelling of Arcadie. Both Mariana and Arcadie Andronic show up in Chisinau’s municipality land records as the co-owners of the building where Poliproiect is based. Arcadie Andronic is currently the manager of the state owned Moldexpo, which is the official exhibition center of the Republic of Moldova. 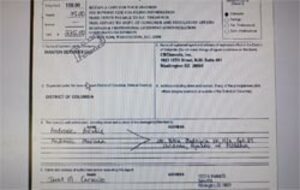 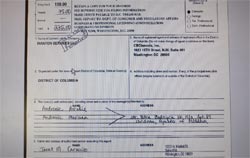 Arcadie Andronic, the former manager of Poliproiect is also a manager of Wanton Services LLC.

The same pattern is visible in many of the Tormex transfers. The business deals were never concluded and the money was sent back through other offshores – never from the company to which was sent.

OCCRP reporters in Ukraine found a similar case. Donix is a scientific production company, based in the eastern Ukrainian city of Donetsk. On October 23, 2007 the company, which specializes in the development and usage of steel industry products and technologies, wired US$299,976 to the Tormex account in the Baltic International Bank.

Contacted by the reporter, its general director and co-founder Aleksandr Manshilin faxed an agreement with Tormex dated February 1, 2008. According to the agreement, signed by Tormex’s director Victor Cupro, Tormex returned the money it received from Donix in October of 2007 for 15 tons of ferronickel, because it was unable to supply the metal. The money, according to the contract, would be paid by Geowide Limited, also from New Zealand. Cupro, however, is one of many directors OCCRP found in paperwork associated with Tormex. In each case, the director is different. OCCRP could not verify the existence of any of the directors.

In addition, several more Ukrainian and locally operated international companies showed up on Tormex’s banking statements. Specifically, the Kremenchuk-based foreign trade firm KrAZ, an export subsidiary of AvtoKrAZ, a Ukrainian manufacturer of heavy duty and special purpose vehicles in February of 2008 transferred $380,752 to Tormex. Avto-KrAZ is an industrial arm of the Finance & Credit financial and manufacturing group controlled by Kostyantin Zhevago, a Ukrainian businessman whose wealth is estimated by Forbes at US$2.4 billion. 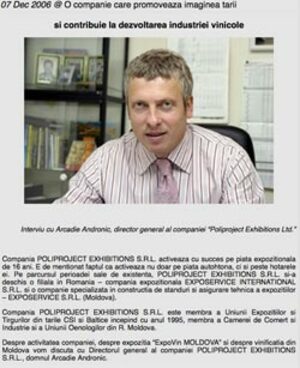 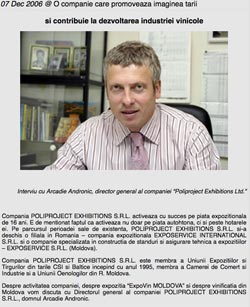 Arcadie Andronic is currently the general manager of MOLDEXPO, a Moldovan state owned company that is organizing official exhibition fairs.

According to Natalya Napadovskaya, spokesperson of the Finance and Credit Bank, which holds the bank accounts of KrAZ, the transaction relates to a vehicle purchase contract with CDA New Dehly LTD. The UK Company Registry lists CDA New Dehly Ltd as a London-based shell company, incorporated in October 2005 and dissolved in July 2007.

According to an email from Napadovskaya, CDA New Dehly made a down payment for vehicles to KrAZ in July 2004, and then, in October 2007, transferred the rights to the repayment to Tormex. The contract, however, dates to 16 months before CDA New Dehly was even formed and the rights were transferred two months after it had dissolved. In 2008, Tormex received the money back from KrAZ. CDA New Dehly was represented by another proxy in the string of Tormex proxies. This time the proxy is a Hungarian citizen by the name of Zsolt Adam Vajgel. The Hungarian was director of 138 companies in the United Kingdom and he is also involved with other companies in the Proxy Platform.

Yaroslav Lomakin, managing partner with Honest & Bright, a Moscow-based legal and tax planning consultancy says that, in general, splitting the money into small installments works very well for moving large sums of money out of the country, without raising anyone’s suspicions.

“If many companies and agents are involved in the transactions, in the eyes of the authorities it’s going to look like regular foreign trade activities,” Lomakin says. “And if there is lengthy gap between the down payment and getting the money returned, with no financial sanctions incurred, it looks like an interest-free loan, a perfect scheme for getting working capital for some project,” he adds.