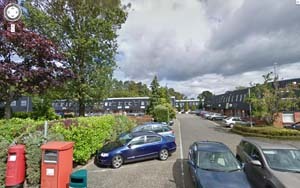 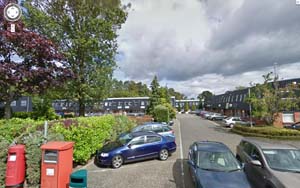 The headquarters of Midland Consult are in the UK.

The Proxy Platform, a network of intertwined companies fronted by proxies and used for international money laundering, is made of a constantly changing set of shell companies that are channeling huge volumes of money to one another in an effort to hide the ultimate beneficiaries.

While the operators who run these phantom companies are important, so are the people who make such systems possible. They are the criminal services industry: the bankers, lawyers, proxies, company registration agents and offshore officials who profit from making it easy to launder money. In previous investigations, OCCRP found some registration agents sold criminals turnkey solutions – sets of preregistered companies in offshore locales – to meet their money laundering and tax evasion needs.

GT Group and the Taylor network were one infamous group who registered Tormex and other key companies in the laundering network. GT Group registered firms that were later associated with corrupt governments, a Mexican drug cartel, a terrorist group and organized crime groups. It has since been shut down by the New Zealand authorities.

Midland Consult specializes “in the incorporation and management of companies including the provision of nominee directors/secretaries and shareholders, asset protection as well as the provision of legal, accounting, tax planning and audit service”, says its website. According to the website, Midland Consult has offices in Hong-Kong, Cyprus, Panama, Riga, Moscow and Kiev and “offers full banking introductory services including the opening and maintaining of bank accounts” in the Baltic States, Cyprus, Liechtenstein and Switzerland.

Sirena Commerce, whose banking records OCCRP obtained, was one such company registered by Midland Consult.

Sirena was connected through transactions to two shell companies: Tormex Limited and Nomirex. However, Sirena and Tormex also show up in a case in Moldova that sheds light on how this network of laundering companies operated.

Serghei Harghel, a person currently being investigated by the Organized Crime police in Moldova for fraud, is the central figure in the case.

Harghel has denied any involvement with Tormex, the company where a Romanian business sent money to pay Harghel for some tires. The money then disappeared.

However, he admits he was the representative of Sirena Commerce LLP, which was closed in January of 2010. According to documents obtained by OCCRP, Harghel had power of attorney of Sirena Commerce, at least from March 2007 to March 2008, a fact that gave him full control and allowed him to administer Sirena Commerce’s account at Parex Bank in Riga, Latvia.

Midland Consult is part of the Midland Group where Stepanov currently serves as director according to the firm’s website.

Bristoll Export Limited was one of the many phantom companies established by the Taylor family in New Zealand. It was owned by Midland New Zealand Limited, which was set up by Stepanov’s Midland Consult company. Bristoll Export Ltd was involved in the trans-border transfer of US$230 million stolen from the Russian tax authorities through a fraud perpetrated on UK-based Hermitage Capital Management. The infamous case involved the alleged torture death of Hermitage’s lawyer Sergei Magnitsky at the hands of Russian authorities. Key employees of the Russian tax authorities, heads of the FSB, the Russian security service, and Moscow police were allegedly involved in the Hermitage case.

Edward Aslanyan, director at Midland Consult, said while his company originally registered Bristoll Expert, they soon handed it off to GT Group. “We don’t know by whom it was used and in what way.”

Like many registration agents, Aslanyan said you can’t blame the agents for what their clients do. “Imagine that we are a plant which produces bricks. Somebody buys bricks to build a house. But another bought the brick, wrapped it in the paper and hit somebody’s head. Who is guilty? The producer of the bricks, or the one who hit the head? The same with us: our bricks are companies which we sell,” says Aslanyan.

One of them, Cromex Trade LLP, was also registered by Stepanov’s network in March 2006, together with Sirena Commerce.

Cromex Trade was one of the companies identified by whistleblower Martin Woods, then the anti-money laundering officer at Wachovia’s London branch, in his suspicious activity reports (SAR) at Wachovia Bank. Wood contacted the Serious Organized Crime Agency (UK) and became a key-witness in the investigation. The SARs became the basis for a US Government’s money laundering case against Wachovia for laundering the drug proceeds of Mexico’s violent Sinaloa Drug Cartel. In 2010, Wachovia was given the largest fine in US banking history and eventually had to merge with Wells Fargo.

According to Wood’s SARs, one year after it was formed, Cromex Trade initiated a series of suspicious transactions which sent US$9.4 million from its account at the Regional Investment Bank (RIB) in Riga, Latvia to several China-based companies and others. In all, 115 transactions took place from March 2007 to April 2008. The money left Cromex Trade’s Latvian account and was routed via RIB’s correspondent banks: Raiffeisen Zentralbank Osterreich Bank (Austria) and Wachovia Bank – Miami branch, USA. This money route was a popular one for organized crime. 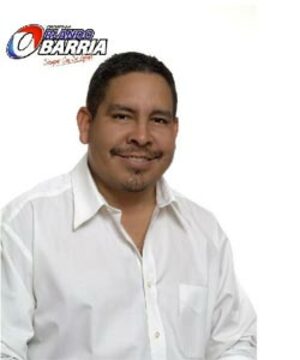 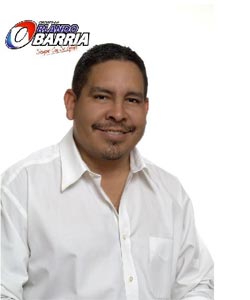 Besides sharing a common address and founder, Sirena CommerceORLANDO BARRIA FRAGO and Cromex Trade share managing members of the limited liability partnership who run the company: Gertex Management Ltd and Watford Ventures Ltd. Both are registered at the same address in Belize City in the Central American country of Belize. Harghel’s power of attorney for Sirena Commerce is signed by two registration agents in Belize. The agents are commonly used by Midland Consult as “proxies” and show up in 159 companies registered in the UK by Midland’s network. In both cases, OCCRP obtained copies of signed, undated letters of resignations by the Belize proxies which could be dated and filed by the real owners whenever they wanted to assume ownership.

The chain of connections does not end here. A company named Higan Ltd was established by Stepanov’s Midland Consult at the then Midland Consult’s address in Aldermaston in November 2004. The offshore company had no activity in the first three years. Then, at the end of 2007 Akcent Finance Ltd, a Russian company, started to transfer US$24.1 million in installments to Higan Ltd. The company followed the Cromex Trade LLP pattern, only this time the money came from Akcent’s account at Uralsib Bank in Moscow. Higan Ltd had an account at Paritate Bank in Riga, Latvia, and followed the same itinerary: Raiffeisen Zentralbank (Austria) and Wachovia Bank (Miami, USA). Woods filed a SAR on Higan as well.

OCCRP got copies of Wood’s reports of the Cromex Trade LLP and Higan Ltd cases. In these reports, Wood claims the methods are typical of Russian and Eastern European criminal groups.

Midland Service Inc. is the designated shareholder of Higan Ltd - the Panama branch of Stepanov’s company. Orlando Barria-Frago was the designated proxy director. Frago, 39, who has claimed to be a lawyer, used as an address Plaza Varaibe 105, Panama City, the same address as the Midland Services Inc. offices.

Three years ago, in May 2008, Frago was indicted for document forgery and assuming a false official identity. Panamanian Judge Itzel Sanmartin accused Frago of forging her signature. He was sentenced in 2010 to two years imprisonment and a fine. According to newspaper accounts from 2008, Frago was registered in the Public Record as a resident agent and “proxy” for 447 companies, though he allegedly had no license to register companies officially.

Based on a current database of Panamanian records obtained by OCCRP, Frago shows up in records as the director or subscriber in 886 Panamanian companies, including Tremton LLP – used by Harghel’s group in his tire transactions. Tremton LLP was registered in 2004 by Stepanov’s Midland Consult at the same address as Higan, and in the same business park as Sirena Commerce and Cromex Trade.

Tremton LLP has an account at Parex Bank in Riga, Latvia, and the company’s documents are signed by Frago as the commercial director. Frago also signed the contracts issued in 2005 by Tremton LLP with Alecu Mihu, the Romanian businessman who was allegedly defrauded by Harghel through Tormex.

There have been multiple transactions between the ‘twin’ companies Sirena Commerce and Tremton, as well as between Tremton and Pegassus Group SRL – the Romanian company officially administered by Harghel.