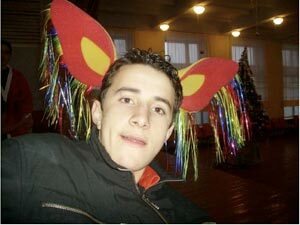 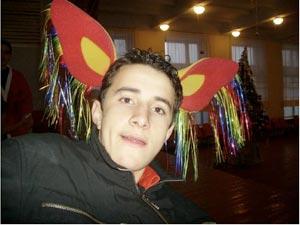 Nineteen-year-old Boris Devdier wants to escape Telenesti, the small, dull city in the Republic of Moldova where he and his family struggle to make it on several hundred US dollars a month. The family is bankrupt, victims of both a hard-luck history and a worldwide economic crisis.

Devdier’s father left long ago. When he was 10, his mother Zinaida was stricken with cancer. She manages, despite health problems, to sell pots in the market for money to keep the family afloat. Last November, Moldova Agroindbank took her to court over a US$2,500 (29,885 Moldovan Leu) debt.

Despite all that, her teenage son has emerged as an unlikely figure in a multi-million dollar fraudulent business network under investigation in the European Union (EU).

His name appears on documents as the official representative of four offshore companies registered in the state of Delaware in the United States (US). The companies are believed to be involved in a complex web of money laundering in Romania, Bulgaria and Cyprus and in the suspicious sale of US$7.6 million in luxury jewelry which lack provenance documents.

Boris Devdier, the poor boy from Telenesti, shrugs his shoulders when asked how he has ended up in the middle of such wheeling and dealing and sought after by prosecutors, policemen and intelligence services in Romania and Bulgaria. Reporters from the Organized Crime and Corruption Reporting Project (OCCRP) dug out his story. 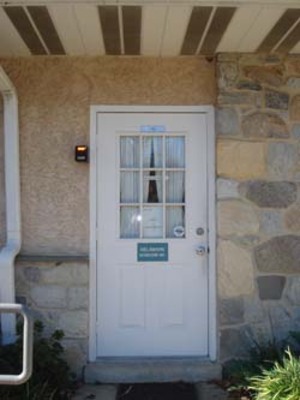 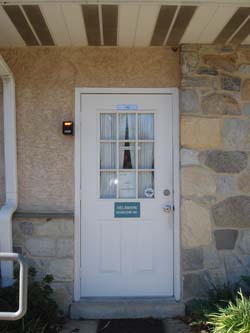 This door in Delaware hides true owners of companies involved in crime in Eastern Europe.

After 20 years, Moldova, a country of 4.3 million, has not made the transition from the old Soviet system to democracy. Weak state institutions, widespread corruption and poverty have bred organized crime of all kinds. And over the past five years, crime groups have made identity trafficking, the profitable supplying of huge numbers of “proxies” to the offshore industry, particularly popular. Boris Devdier is one such proxy.

Farmers, students, store keepers and all sorts of regular people have become directors and majority shareholder of companies involved in “raider” attacks on Western banks or companies, often without knowing it. Raider attacks are when organized crime groups take over a company or property either by force or through forged paperwork. Offshore-based companies with undisclosed ownership are usually behind such attacks. In recent years, Ukraine and Moldova have been favorite targets of these raider attacks.

In the spring of 2010, Boris Devdier had just graduated from high school when a New Zealand company registration service called GT Group run by the Taylor family used his personal data. GT Group made him on paper in Romania the representative of four companies registered in Delaware – one of the most secretive fiscal havens in the world.

OCCRP found Boris Devdier at home, in a rundown set of grey, shabby, communist flats that have not been refurbished since Brezhnev’s time. Devdier lives with his mother, sister and brother-in-law and their baby. His modest room features inexpensive furniture, a faded poster of a smiling football player and an old laptop connected to a social network. 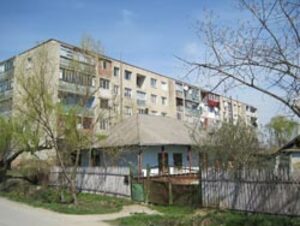 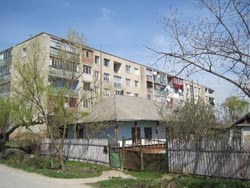 Devdier’s block of flats in the outskirts of Telenesti, a small Moldovan town.

“I have never heard of those companies,” Devdier said. “I’ve never signed any set up documents.” He doesn’t know exactly where Delaware is. He has never been out of Moldova, except once when he and a friend drove to the Odessa seaside in Ukraine. He says he would like to work abroad “in Romania or maybe Italy”. But he doesn’t have a visa. He longs for Romanian citizenship which would make it easier to him to work in the EU.

In April of last year, Devdier visited the Romanian Embassy but was rejected for citizenship.

“In the evening I went for a drink …. I was sitting at the bar, alone and upset. A guy came up, introduced himself and started talking to me. He said his name was Mario. He said he could help me get Romanian citizenship. In the beginning I didn’t believe him, but it seemed he knew what he was talking about.” 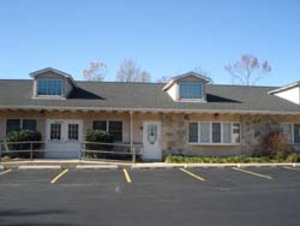 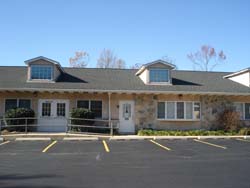 Mario told him he could get him citizenship in three weeks for about US$800. Devdier exchanged phone numbers and went home to find the money for an advance payment. They met in front of an apartment building and sat on a bench and talked. Devdier gave him €300 (US$400) and a copy of his passport. Mario asked him to sign some papers “for the embassy”, he said. Mario was to call him in six days but he never did. Devdier tried calling him but Mario’s mobile was switched off.

“The last time I saw him was that day, on the bench. … I realized he had cheated me. I said it was my fault and that was it.”

While Devdier had no choice but to stay in Moldova and help his ailing mother sell pots in the market, his name travelled widely – crossing the Western border into Romania and becoming a tool for organized crime.

Formally, Boris Devdier is the representative to Romania of four offshore companies registered in Newark, Delaware, by the Taylor network, through its local agent of choice (Delaware Intercorp, Inc.)

The first takeover was published in the Official Gazette Sept. 22, 2010, and a second taker over was published March 21, 2011. The name Boris Devdier replaced Ion Eftime and Ionut Adrian Eftime, father and son –two controversial Romanian businessmen.

The first takeover occurred shortly before Ionut Adrian Eftime was arrested for money laundering and embezzlement. Ionut Adrian Eftime, the son, is being tried together with offshore consultant Laszlo Gyorgy Kiss – the Taylor network’s Eastern European partner. Last year OCCRP revealed that Kiss and Eftime were accused of money laundering and embezzlement, along with six managers of the PSV Company SA – a Romanian corporation attached to most of the businesses of Romanian mogul Sorin Ovidiu Vintu. 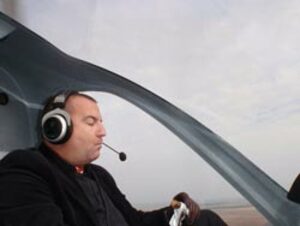 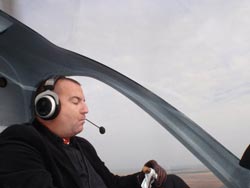 Prosecutors say that Kiss designed a complex money laundering scheme which allowed Ionut Adrian Eftime, one of Vîntu’s partners, to embezzle US$11 million from PSV’s accounts. To hide all traces, they signed fictitious contracts, used accounts in Bulgaria and Cyprus, as well as Romanian companies they controlled by means of Delaware offshore companies registered by the same agent at the same Newark address as the companies represented by Moldovan Boris Devdier.

The poor boy from Moldova is linked to other suspicious cases, too.

On Aug. 20, 2010, Romanian policemen seized a treasure – gold and diamond jewelry and luxury Swiss watches worth US$7.6 million – from a chain of Belgravo shops in Bucharest and Constanta.

The exquisite boutiques belong to Belgravo Trade SRL, a Romanian company owned by Konis International Ltd, a Delaware offshore company, represented by Boris Devdier and established in Newark by Kiss. In June 2010 the American offshore took over the Romanian Ltd company from Bogdan and Ion Roșu, father and son, from Bucharest.

Records show that the Taylor network established all the Devdier companies in 2010.