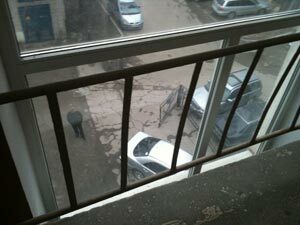 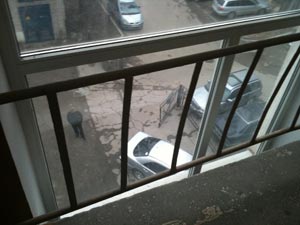 The Moldovan policeman who investigates the Tormex fraud waits outside Chisinau Court House.

Reporters for the Organized Crime and Corruption Reporting Project (OCCRP) first learned about Tormex Ltd. through a court case in the tiny Republic of Moldova. The case, about a tire deal gone badly, provides insight into the people who were using the services of the Proxy Platform, a phantom set of interlocking companies used to launder money and hide ownership.

In a Chisinau Court, reporters found the case of Alecu Mihu, a Romanian tire dealer that is suing his former Moldovan business partners over defrauding him of US$437,176. The vehicle for their theft was Tormex Ltd, he says.

Mihu met three Moldovan businessmen in 2005 in the Romanian town of Focsani where he ran a tire warehouse. Serghei Harghel, Serghei Ceban and Vitalie Molodoi told Mihu they could supply industrial tires made at Belshina – a Belarusian plant well-known for tires since the Soviet times.

The terms were very good. The Moldovans would provide refurbished tires at a low price that could be marked up nicely so that everybody could make a hefty profit. Everybody was happy.

From the beginning, the Moldovans used a set of changing intermediary companies – typically offshore companies – to do the transactions. Mihu paid their commissions to Latvian banks. He said he did not care as long as he got his merchandise delivered on time. And he did for more than two years. But there was never a direct connection between Mihu and the Belshina or any other plant where the tires were made. Despite the odd paperwork, Mihu came to trust his Moldovan partners. 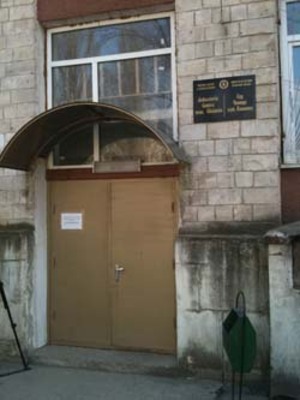 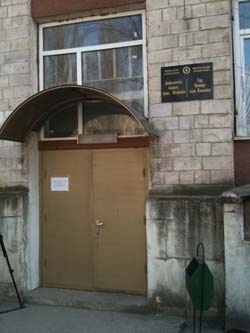 That was until the autumn of 2007, when he received information on another shipment complete with pictures of the goods, customs documents from the Russian customs service and a contract. The businessman signed it and sent his biggest order ever, US$437,176, from the bank account of his company Ecologic Tire Recycling SRL to the Baltic International Bank where Tormex Ltd had an account. He waited for his tires but they never arrived.

One of the Moldovans, Molodoi, called Harghel on his behalf but Harghel denied any knowledge of the deal. Mihu would later find out that the tax stamps and documents were fake.

Mihu bombarded the authorities in both Moldova and Romania with criminal complaints. Officers of the Organized Crime Department in Chisinau arrested Harghel and seized documents from his home including emails with a Tormex email address on them. Based on the evidence collected during the investigation, the authorities opened the criminal investigation against Hargel and Ceban in 2008.

Harghel denied the prosecutor’s allegations. He said he completed a series of business deals with Mihu but he claims he never used Tormex Ltd in any of the deals. Harghel’s lawyers say there is no direct evidence that links their client to Tormex Ltd, according to court documents. He is free awaiting trial.

Ceban is being tried in absentia after he left Moldova for Canada.

A key part of the criminal case is a recording made by a private investigator hired by Mihu, in which Molodoi can be heard discussing how Harghel operated. Molodoi, now an estranged former partner of Harghel, told the investigator in an audio recording obtained by OCCRP, that Harghel and Ceban used Tormex Ltd in the tire deal to defraud Mihu.

Tudor Covaliu, the investigator, was hired by Mihu to help recover the money that disappeared into the Tormex Ltd account. The retired Moldovan KGB officer, who said he worked in Colombia and Angola, recorded Molodoi covertly. The recordings are in the court file and are now considered evidence by the prosecutors in the Chisinau court case.

Molodoi, who originally introduced Mihu and Harghel, told the investigator that Harghel is the leader of a Moldovan group; he in turn received orders from someone else. 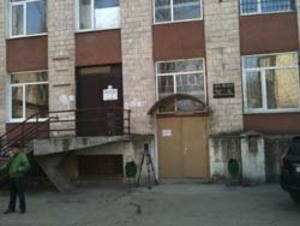 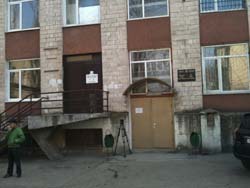 “I know him,” Molodoi said of Harghel. “He is very fearful, and he wouldn’t have done it unless he consulted with someone who told him ‘don’t be afraid, do it, but leave something for us too.’”

Molodoi said Harghel and Ceban called him and gave him numbers for train cars and customs documents. He emailed them to Mihu and instructed him to make a payment for the goods because they had been sent. Mihu paid through the Tormex account, but the goods never arrived. When Molodoi called Hargel and Ceban, he said they pretended not to know anything.

“They thought Alecu (Mihu) would put the blame on me, because I have problems, I am here (in Russia) and I need money. Nobody would believe me,” said Molodoi to Covaliu.

Molodoi is a fugitive from the Moldovan police for bank fraud and is not likely to return to Moldova to testify in the case.

A police investigation revealed that Harghel officially has a very small income, even though he drives a Porsche and a Lexus SUV. The lease payments for those cars were made from another offshore company account - Sirena Commerce LLP, United Kingdom.

Sirena Commerce was in fact another phantom company that was intertwined with Tormex and Nomirex forming an offshore, proxy run platform. All are closed now.

OCCRP tried to contact Harghel and Molodoi but could not reach them.