In Slovenia, the prime minister’s advisor Snežič is known as the “doctor of tax evasion,” due to his Ph.D. on the subject. He is suspected by Slovenian and Bosnian authorities of leading a money laundering network that stretches across a number of EU countries and Bosnia. (Read more in Slovenian).
Read more

Snežič is connected to Marko Glinšek, a convicted fraudster. Leaked documents prove Glinšek lied in court about his control of a Seychelles company to avoid a conviction.

“Keep your lashes long and standards high,” proclaims a pastel-hued Instagram ad for Lux-Factor cosmetics, illustrated with a sketch of a coquettishly winking woman with lustrous hair and eyelashes.

The brand’s social media page, which is followed by over 15,000 people, touts its top sellers: eyelash growth serum and something called “4D Hyaluron anti-wrinkle cream.” Lux-Factor promises its products will enhance the growth of “new and longer lashes” by up to 25 percent, and make skin look “80 percent younger.”

The Slovenian businessman behind the brand, Marko Glinšek, was convicted last year of deceiving customers. Slovenia’s national tax office said he had also dodged at least 368,000 euros in taxes by faking invoices. 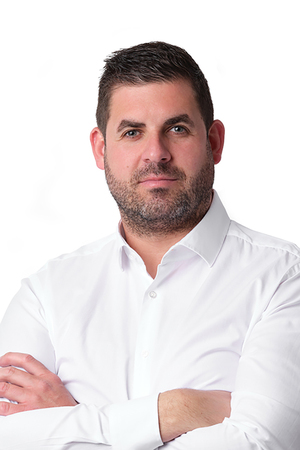 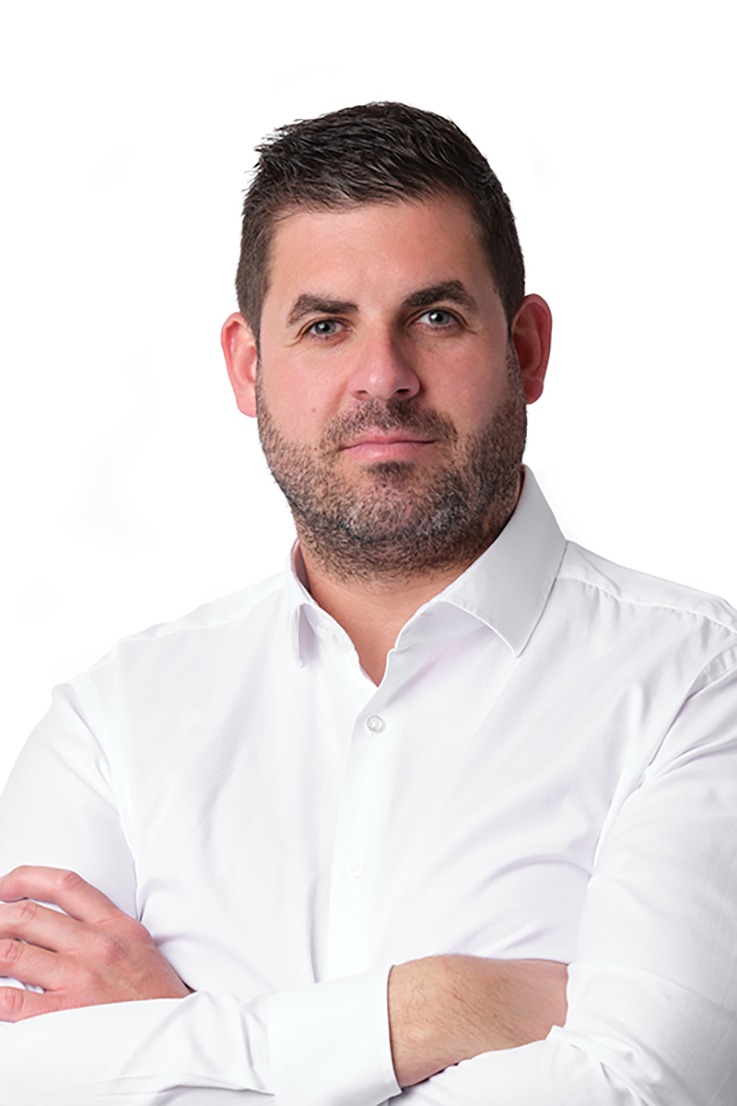 Credit: hype.si Marko Glinšek argued in court that he should not have been on the hook for sales taxes.

Glinšek fought back in court by arguing that his Slovenian company, Lux Factor, was merely a distributor of the cosmetics, and that he shouldn’t have been liable for sales taxes — or responsible for the standard of the products — because the real seller was another company called Lux Factor, based in the Seychelles.

Glinšek also claimed that a U.K. subsidiary of Lux Factor invoiced customers on behalf of this same Seychelles company, which received all Lux Factor’s profits.

While the cosmetics brand is called “Lux-Factor,” the companies are named “Lux Factor,” without the hyphen.

However, Oštro did find a company called Lux Cosmetics in the U.K., set up by SFM in 2014 on behalf of Matjaž Kerndl, a Slovenian football player turned businessman. To set it up Kerndl provided his personal information, but used Glinšek’s phone number and email address.

The U.K. Lux Cosmetics was only operational for 13 months. In that time it opened a bank account in the U.K. and paid SFM to procure a VAT registration number. Kerndl renewed the company for a year in November 2015 but dissolved it a month later.

Kerndl’s business plan for Lux Factor U.K. claimed the company would turn over 5-10 million euros in the first two years while operating in transportation, construction, and the buying and selling of trucks and trailers. In reality, Kerndl had a separate Slovenian company operating in these fields. That company is now under liquidation while creditors have raised more than 6.4 million euros of claims.

Kerndl did not respond to a request for comment.

Owners of companies in the Seychelles are hidden behind tough secrecy laws and nominee directors. The court in Slovenia could only find a local director connected to the company, which meant Glinsek’s control of the firm remained a secret.

Now, though, documents from the Pandora Papers — a massive leak to the International Consortium of Investigative Journalists of documents from 14 offshore service providers, shared with media partners around the world — reveal that Glinšek himself started Lux Factor in the Seychelles, and had full control of the company.

Documents from the leak show that Glinšek paid SFM, a Dubai-based corporate services provider, more than 1,500 euros to set up Lux Factor in the Seychelles for him in 2015. He paid another 720 euros to get bank accounts opened for the company in Cyprus and the Caribbean island of Saint Vincent.

Corporate records show that the local director in the Seychelles granted him full rights to conduct business using the company, and that Glinšek had control over the company until at least April 2020.

Even without these documents in hand, the court found Glinšek guilty of defrauding customers. He appealed the conviction to Slovenia’s higher court, which did not overturn the decision but reduced his fine from 10,000 to 6,000 euros after he claimed to be supporting a child on a modest monthly income of 1,500 euros — less than he paid to set up his Seychelles company five years earlier.

The case is important not only because of Glinšek’s false claims and dodgy accounting, but because, Oštro has learned, he appears to be an associate of a much bigger name: Rok Snežič, a businessman and adviser to Slovenian Prime Minister Janez Janša. In Slovenia, Snežič is known as the “doctor of tax evasion,” due to his Ph.D. on the subject and the fact that he used to write a tabloid newspaper column on topics such as how to avoid paying taxes.

Snežič is also suspected by both Slovenian and Bosnian authorities of leading an international money laundering network that stretches across at least four EU countries and Bosnia. In 2018, Glinšek was named as a suspect in the Bosnian investigation. A prosecution document published by Bosnian media outlet Istraga, whose authenticity was confirmed by a Slovenian government official with knowledge of the case, indicates that Glinšek had ties to Snežič’s operations, but doesn’t spell out the connection.

Glinšek declined to answer questions from reporters. Janša’s communications office did not respond to a request for comment. Snežič also did not respond. 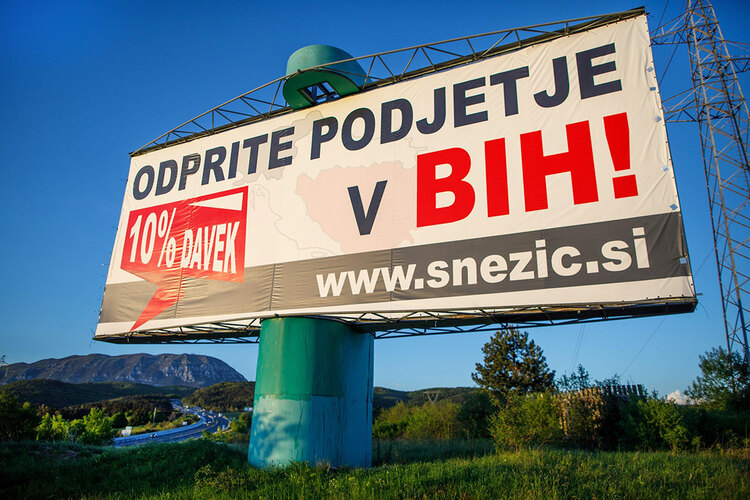 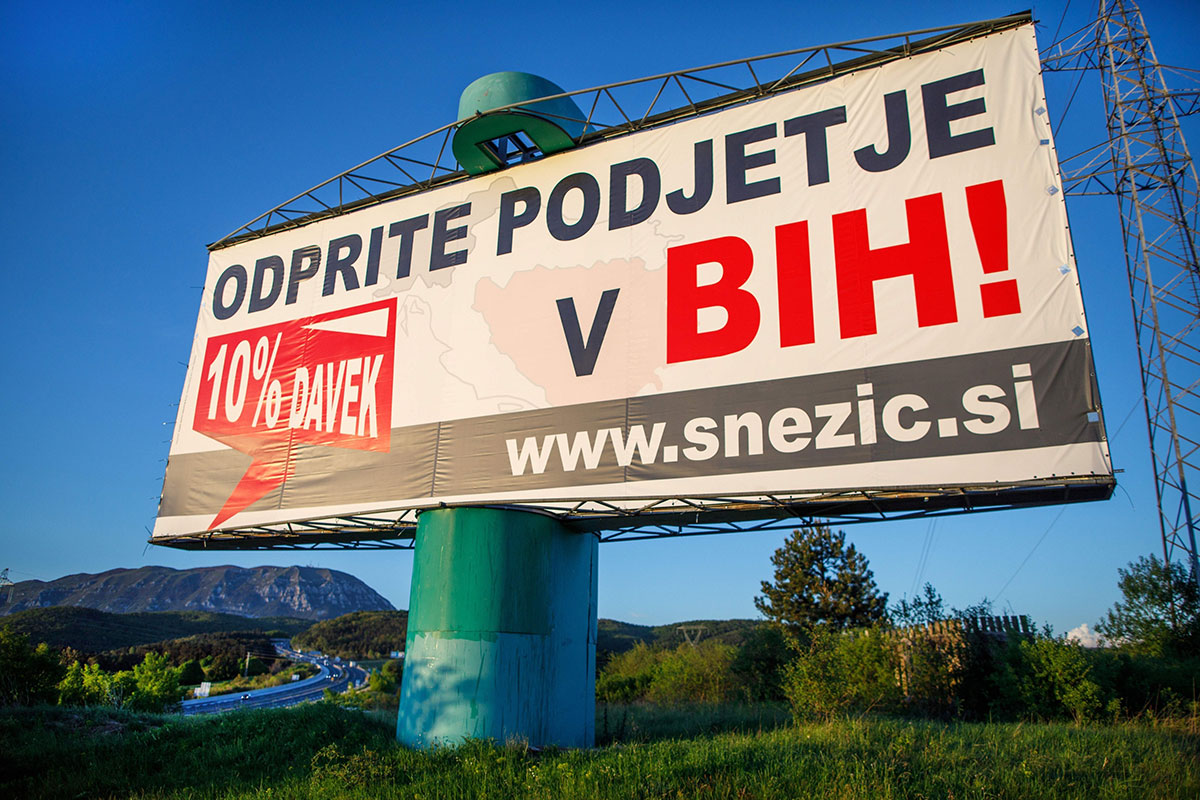 The money laundering ring allegedly transferred at least 22.5 million euros from Bosnia to bank accounts in Slovenia, Slovakia, Hungary, and Austria, where the money was largely withdrawn in cash, Bosnian prosecutors say.

They believe that Glinšek registered a branch of Lux Factor in Bosnia to attempt to evade taxes on yet another of his Lux Factor companies, in Bulgaria. They accuse him of fabricating invoices to transfer relatively small sums — to avoid drawing attention from banking compliance departments — from Bulgarian to Bosnian bank accounts. He then transferred the money to his personal Bosnian account and withdrew it in cash, prosecutors allege. Bosnian authorities spotted more than 67,000 euros in transfers matching this pattern and froze Lux Factor’s Bosnian bank accounts.

Like Snežič, Đuđić has close ties to Prime Minister Janša. In 2018, she gave Janša’s SDS party a personal loan of 450,000 euros, which caused a political scandal in Slovenia.

Despite his legal troubles in Slovenia and Bosnia — and even though Slovenian health authorities banned the sale of Lux-Factor cosmetics in 2017 — Glinšek has continued to operate the brand around Europe.

Slovenian tax authorities told reporters this was because new companies keep popping up to evade the ban.

“[A]s soon as FURS [the Financial Administration of the Republic of Slovenia] blocks the websites on which “LUX FACTOR” products are sold in Slovenia, the advertising of “LUX FACTOR” brand products is transferred to other foreign companies,” they said.

Even in the course of reporting this story, Oštro found that the cosmetics business had been transferred to a Polish company.

But no matter where Lux-Factor is “based,” it is still heavily promoting its creams and serums online, with daily posts from influencers like Hungarian model Eva Horvath or Slovenian reality TV contestant Mary Sevo, often shown applying the products to their faces and eyes in lush settings. 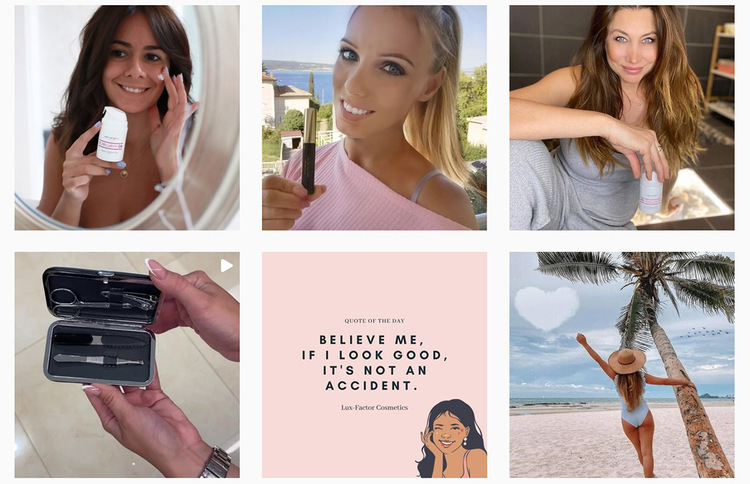 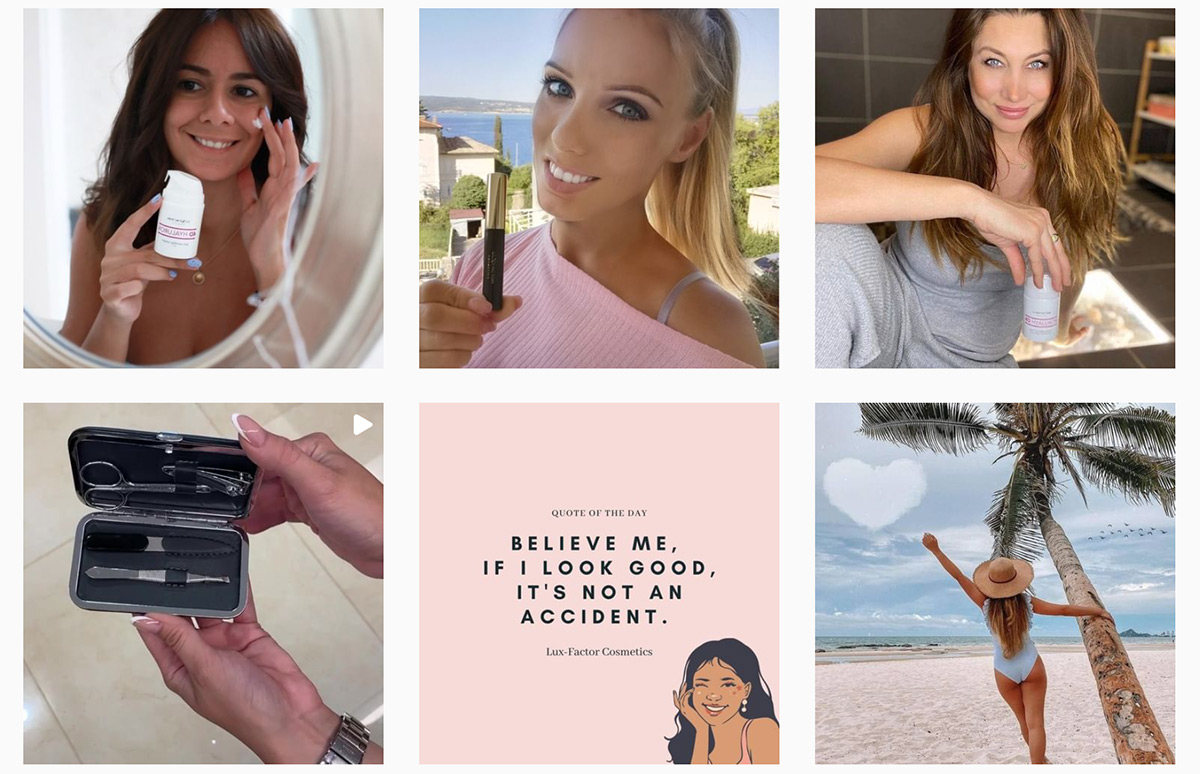