Its existence was first revealed in a Facebook post by a woman who worked for the family. On November 7, 2016, a Facebook user named Teresita posted a video tour of what she described as her “boss’s” new apartment. “We’ve just bought it,” she says.

The boss she was referring to was Uulkan Turgunova, the wife of Raimbek Matraimov, Kyrgyzstan’s former deputy customs chief. Among friends and on social media, Turgunova goes by the name “Amanda.”

How do we know Teresita worked for the Matraimovs?

In June 2017, Teresita posted a comment under a now-deleted Instagram post by a Kyrgyz woman named Cholpon Mederova who frequently appears in photos with Turgunova. In the comment, she says she misses her “boss Amanda” and asks how she’s doing.

Teresita has also posted several Facebook photos of herself with the couple’s children: 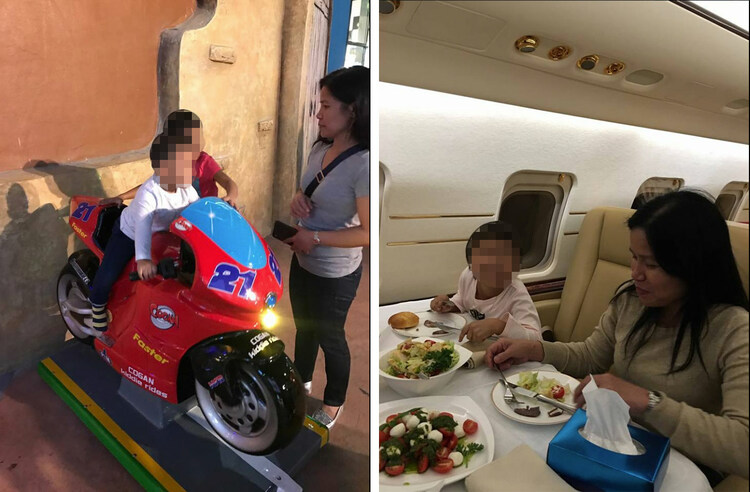 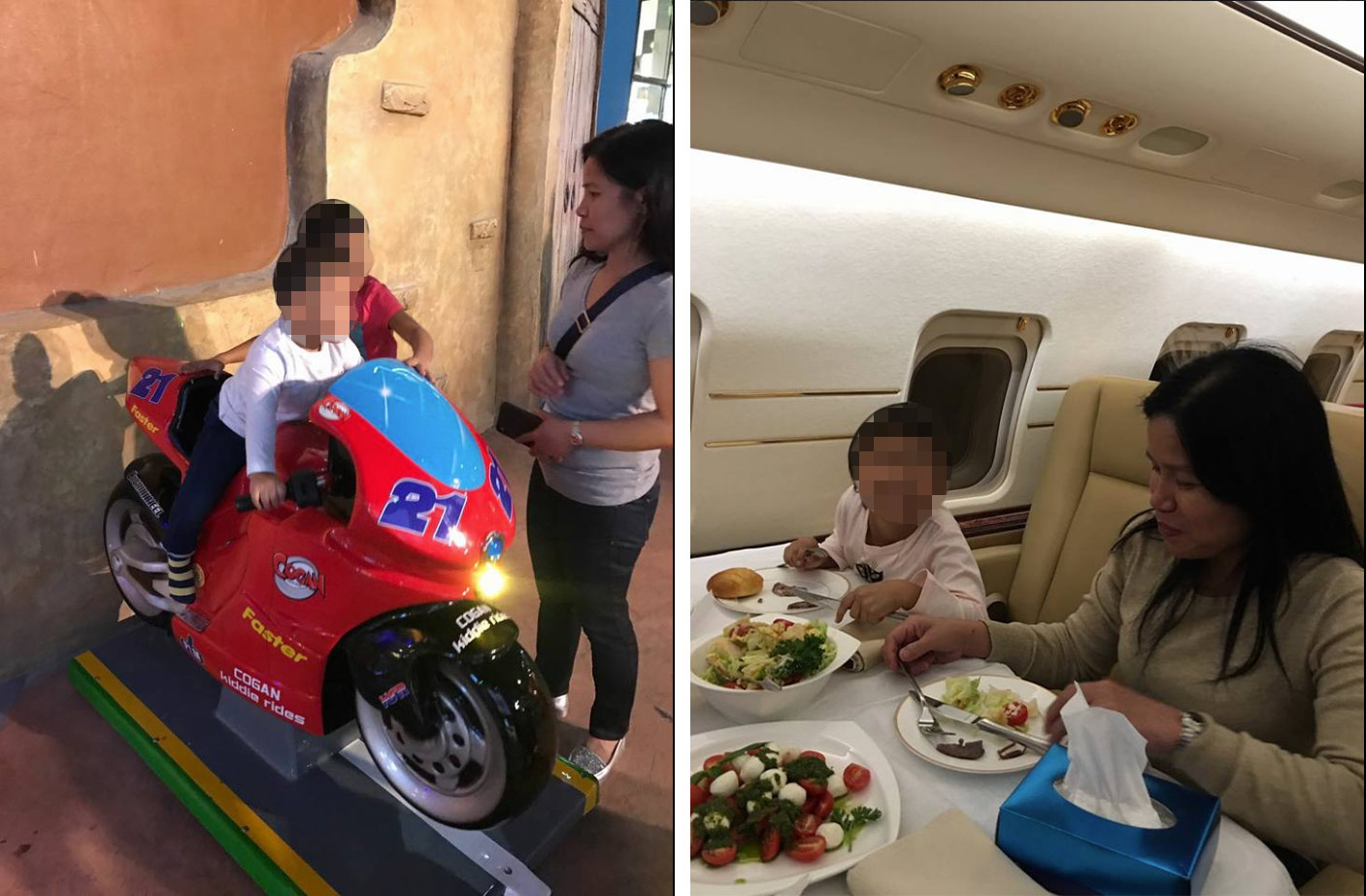 She also posted a collage of photos of herself in a personal gym. In the comments, she describes it as being inside the house of her “amu,” which means “boss” in Filipino. Turgunova and one of her sons have also posted photos in the same gym.

What is the evidence that the Matraimov family bought the Dubai apartment? 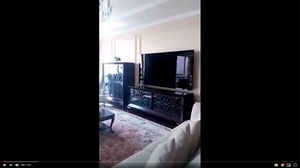 In her video, Teresita says: “This house is very new. That’s why we’re here in Dubai, to clean it, because it’s a new purchase.”

Before November 2016, Turgunova’s photos in Dubai showed her staying in expensive hotels, such as Le Royal Méridien and Atlantis The Palm. After Teresita’s video, Turgunova’s Dubai photos show no more hotels. Instead, she is repeatedly seen in the same apartment.

The day before posting the video tour, Teresita posted nearly a dozen photos of herself in the apartment with the caption “My boss’s house…” 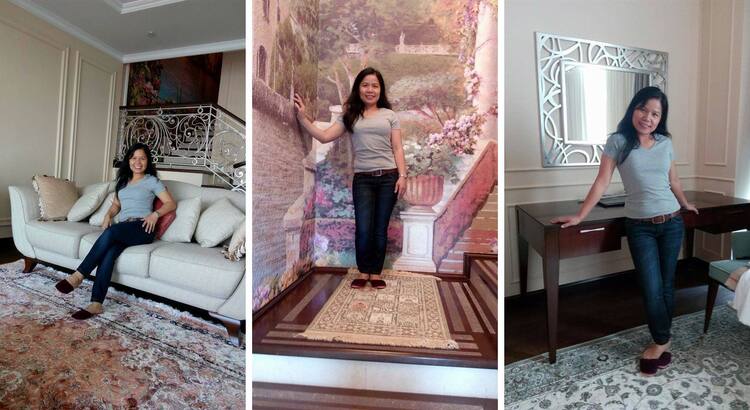 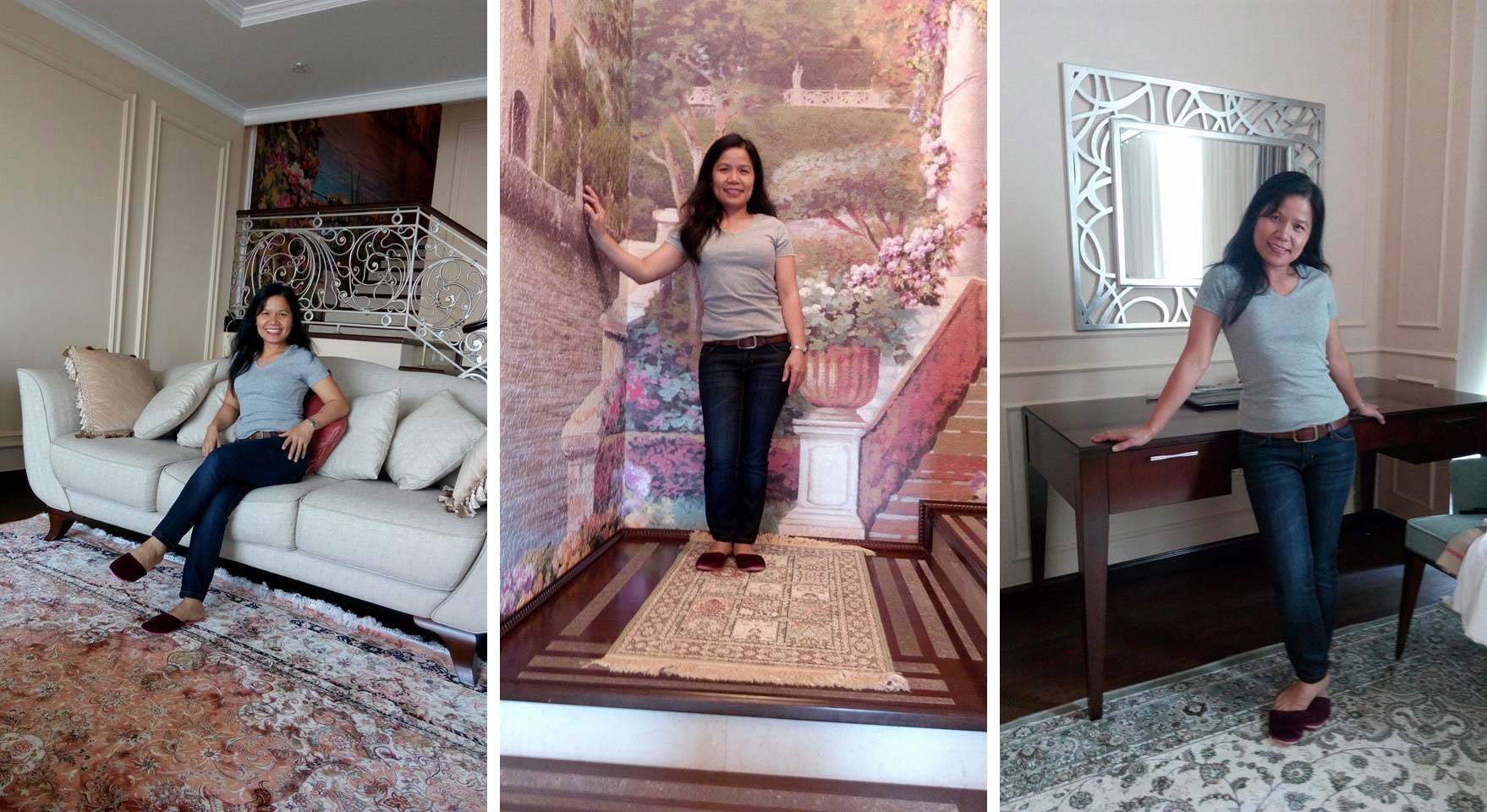 The following year, Turgunova posted a collage of herself in the apartment with one of her children. The same staircase is visible next to her. 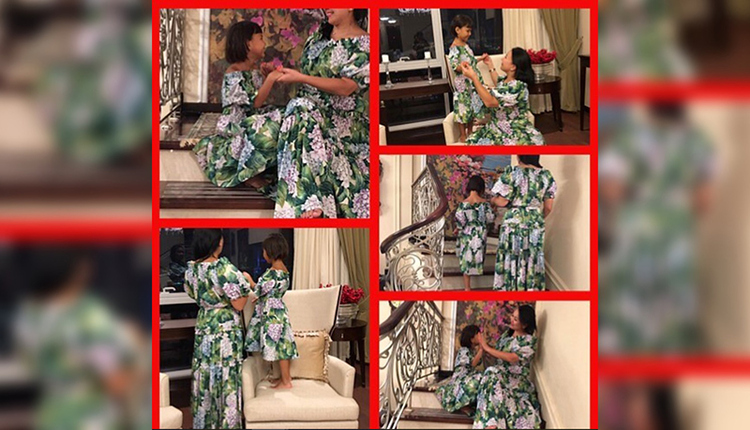 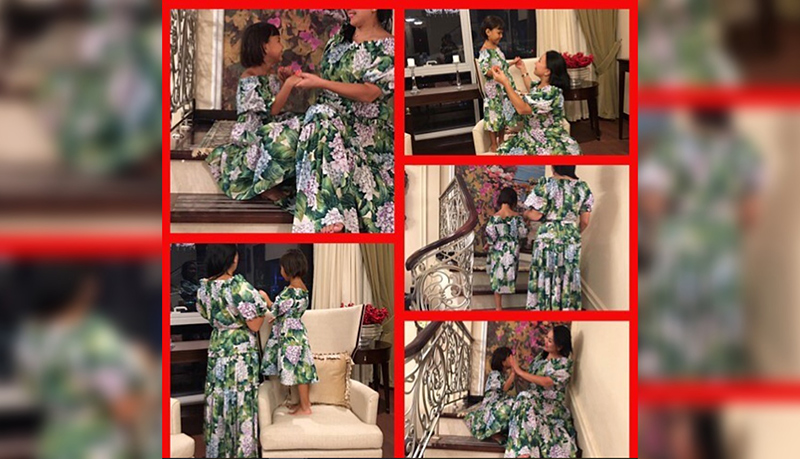 She posted photos of herself inside the apartment on several more occasions:

How did we locate this apartment?

This photo of Teresita in front of a window in the apartment helped us determine where exactly the building is located: 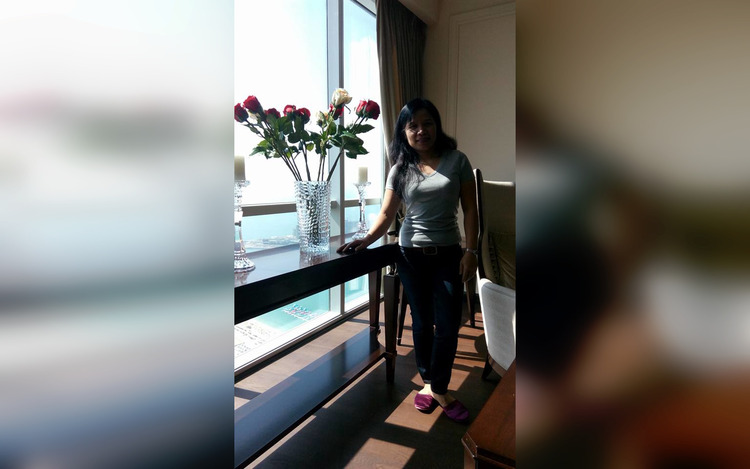 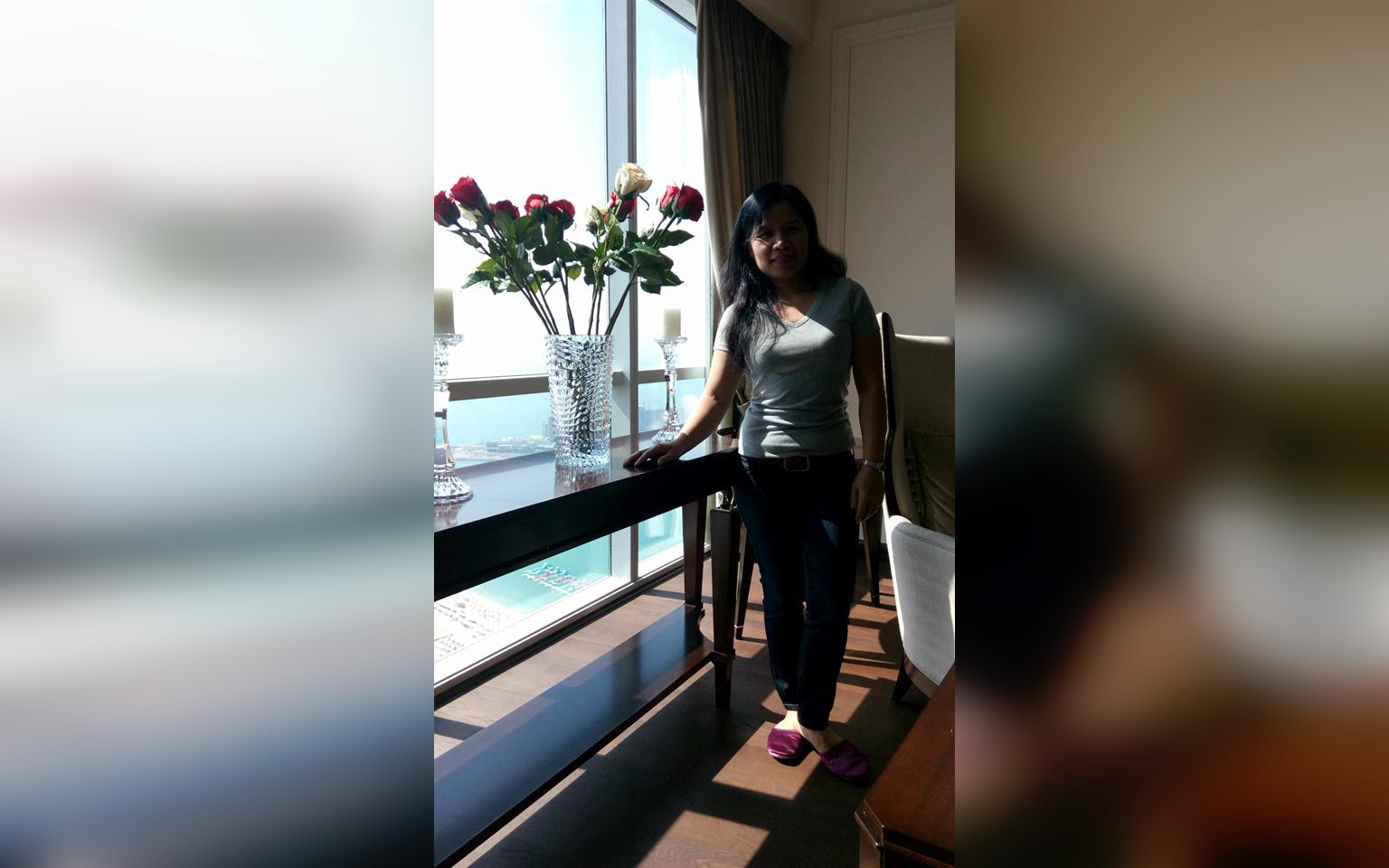 Some of the notable features in the photo are the peninsula and beach visible in the background and some green and pink objects in the water.

One area in Dubai — the luxurious Jumeirah Beach Residence development — had all three. The objects in the water, it turns out, are a water park shaped like the words “I ❤️ Dubai.” 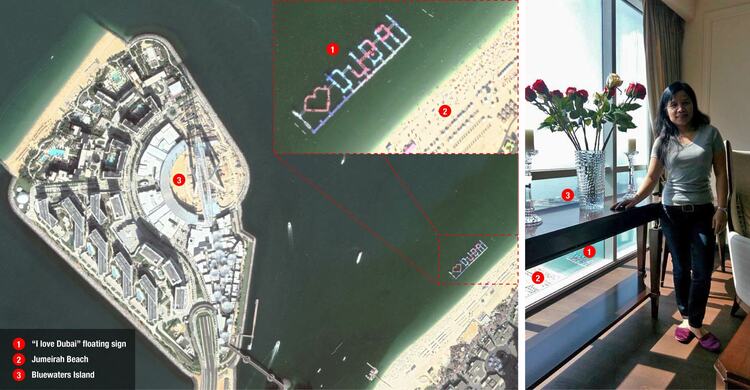 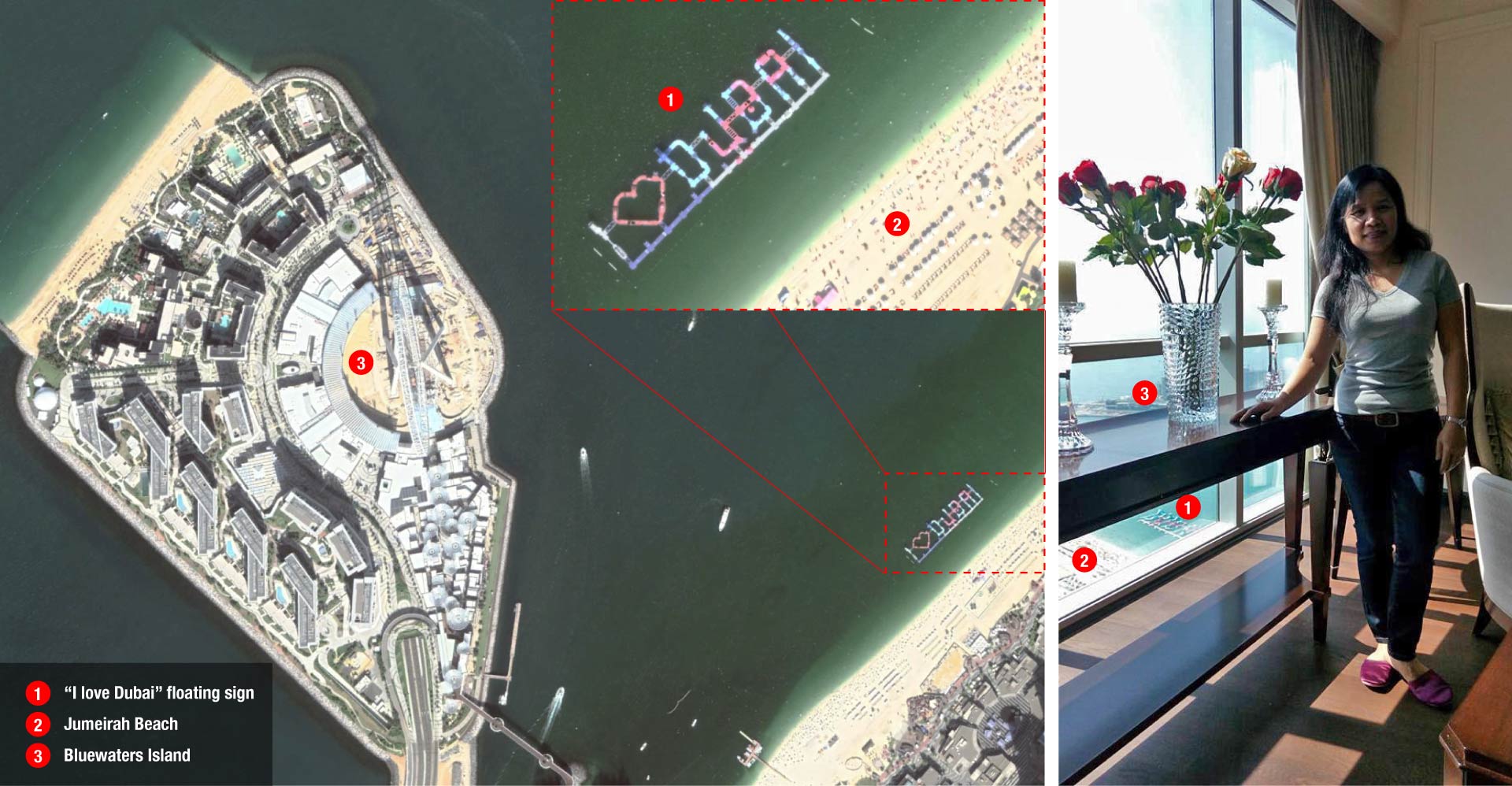 Having identified the area, it’s time to look for the specific building. There are many residential towers nearby. But based on the view of the water park, the height from which the photo was taken, and the angle of the building relative to the beach, only one building matches:

This 50-story building is one of the two Al Fattan Marine Towers, which has large, panoramic windows that match Teresita’s photo:

As added confirmation, an Instagram photo tagged with “Al Fattan Marine Towers” as the location offers a similar view of the beach and water park, and also shows a similar panoramic window: 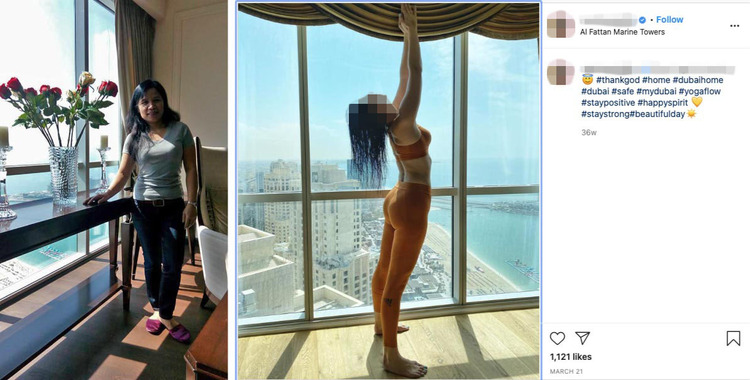 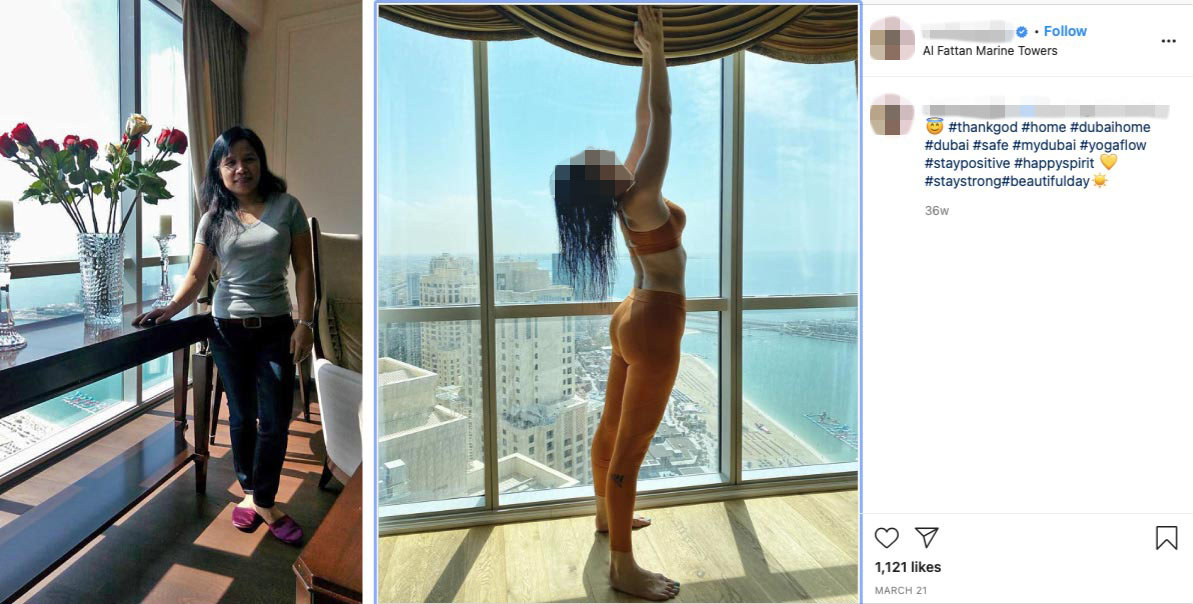 Having identified the building, can we find the apartment? Teresita’s video shows her walking up the stairs, indicating that the apartment is a large duplex. According to the building’s floor plans, only the 50th floor penthouse matches.

As a final confirmation, a photo Turgunova posted of herself in an elevator — with the 50th floor button pressed — matches another photo of the Al Fattan Tower’s elevator:

This January, Raimbek Matraimov’s okul bala (A traditional Kyrgyz form of ‘godson’), Munarbek Saipidinov, appeared an Instagram story in which he hops out of a $200,000 Mercedes Brabus G700 in Dubai: 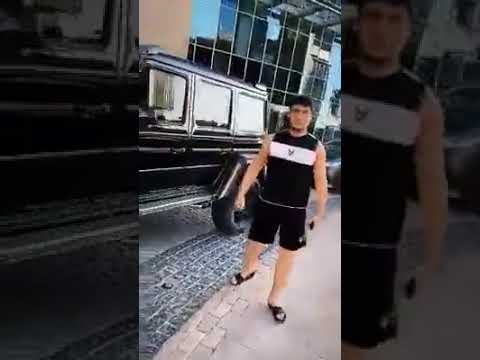 A Google Maps view confirms that he was visiting the Al Fattan tower.

How much could this apartment cost?

Since property records in Dubai are not publicly available, there is no documentary evidence of how much the Matraimovs paid for their luxury penthouse.

A similar penthouse in the same building is currently on sale for 3,850,000 UAE Dirham (about $1 million).

At the time the photos were taken, Turgunova’s husband, Raimbek Matraimov, was receiving an official monthly salary of 71,000 Kyrgyz soms ($1,000), raising the question of how his family was able to afford such a luxurious property.

The apartment did not appear on his income declarations.

Read More: The ‘Beautiful’ Life of a Kyrgyz Customs Official.