A gambling hall owner is charged with killing two competing drug dealers. Five members of the state gaming commission help an accused money launderer get a casino license. A top prosecutor with a penchant for gambling discusses criminal investigations with a known mobster. 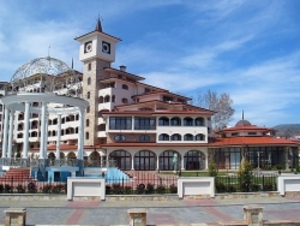 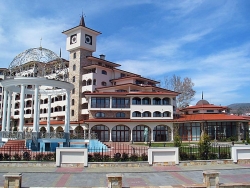 Political chicanery and corruption dominate the country’s gambling industry, bringing with it widespread money laundering and tax evasion, according to public records, financial documents, interviews and studies by international agencies that were collected and reviewed by reporters from the Organized Crime and Corruption Reporting Project (OCCRP).

Ministers and prosecutors consort with the people they regulate, and investigations sometimes quietly disappear after they are announced with a flourish.

Collusion between casino operators and government leaders is pervasive and often there is no attempt to hide apparent conflicts of interest.

Parliament member Kamen Vlahov is a partner in two businesses with Vasil Bozhkov, Bulgaria’s biggest casino and betting shop owner. In 2001 Vlahov pushed legislation that called for lower taxes and fewer controls on gambling profits and has repeatedly backed measures aimed at helping the industry – and that also help Bozhkov’s empire.

Vlahov also supported naming of Georgi Petrov, another member of parliament to head the State Commission on Gambling.

Petrov issued an order giving Eurochance, a Bozhkov company, exclusive rights to compete against the state-owned betting agency. The move cost taxpayers millions of Euros in revenue diverted from the public parlors but created a windfall for Eurochance, records show.

Petrov resigned the day after he issued it, but his order stood. He is still a member of parliament.

Another wealthy casino operator also had special access to the government.

When Sudi Ozkan decided to bring his casino empire to Bulgaria, he turned to Parliament for help. Soon after his first meeting with Parliament Chairman Yordan Sokolov, Ozkan, who owns casinos in seven countries and has been accused of laundering more than €400 million in Turkey, hired Sokolov’s daughter to be his attorney.

He soon received a gaming license over the objection of the state police agency, which complained about the money laundering allegations. In the seven years since, Ozkan has obtained a passport while under a criminal investigation – a violation of state regulations - and agreed to repay more than €40 million in back taxes on profits he allegedly diverted to Switzerland from casinos in his native Turkey.

Nothing to Worry About 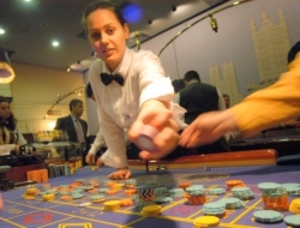 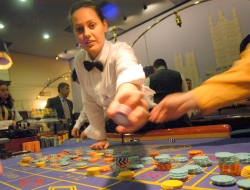 Bulgaria’s casino industry has been shaped by conflicts and a lack of law enforcement action, OCCRP reporters found in their investigation. Money laundering, allegations of abuse of power and conflict of interest charges have resulted in the high-profile suspension of high-ranking state officials and the revocation of casino licenses.

But every investigation ended the same way: insufficient evidence to proceed. Cases were closed before criminal charges were filed.

In most cases, officials returned immediately to their old jobs. No criminal conviction has been won on any money laundering or corruption case involving casinos, operators or regulators in at least five years, records show.

Casinos are certainly not the only tainted enterprise in Bulgaria. Last year the European Union (EU) withheld nearly €500 million in aid because of what it termed a corrupt judiciary and senior government.

But problems OCCRP uncovered make casinos – with ready supplies of cash and an aversion to government oversight - a particularly rich and poorly regulated venue for the type of corruption EU investigators identified.

“Conflict of interest and unwanted influence (on public officials) need to be contained systematically,” EU investigators said in a report issued last summer. “Bulgaria needs to improve transparency… to better detect and deal with financial assets from criminal activities.”

Investigations and reports by fellow EU members, the U.S. government and watchdog groups also portray a bleak picture of corruption not likely to improve soon.

“Bulgaria still displays two major deficits for countering corruption and organized crime: namely, of political will and of administrative capacity,” the Center for the Study of Democracy in Sofia said in a March report. The organization was formed 20 years ago to combat government corruption and advocate democracy in the former communist country.

The Bright Side and the Social Cost 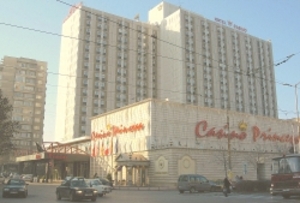 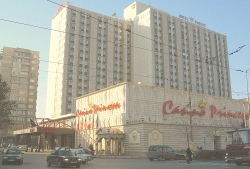 For all the gambling industry’s problems, it also has been a boon for tens of thousands of Bulgarians.

First, it brings cash – lots of it – to a country in desperate need. Gambling pays more in taxes each year than banks and insurance companies combined - more than €57 million in 2008 alone, according to records the finance ministry supplied.

By contrast, neighboring Romania, which has the largest number of gambling machines in all of the Balkans, reaped slightly less in gambling taxes, despite having three times the population.

At least 80,000 people nationwide work in some way for the gambling industry, including at local slots parlors, bingo halls and for online betting sites. Gambling industry jobs pay about 50-percent higher than the national average of about €220 per month, according to government and industry figures.

Gambling also is a part of the country’s social fabric, with nightly lottery shows, sports booking parlors and hundreds of slot machine parlors and casinos bombarding Bulgarian daily life - and increasing the lure of the bet.

According to the State Commission on Gambling, 21 casinos, 974 gaming halls and 35 bingo halls operated in Bulgaria in 2008. More than 1,557 slot machines operate inside the casinos, according to industry consultant the Media & Entertainment Consulting Network.

Illegal internet bookmakers account for another €300 million turnover annually, according to the State Service for Combating Organized Crime. The operators don’t pay taxes, and the government so far has been unable, or unwilling, to shut them down.

Another 570 private companies operated an additional 17, 000 machines in 2008, according to the State Commission on Gambling.

All of that means not only full-time jobs, but a steady living for construction workers, food service providers, cleaning crews and others on the periphery of casino operations.

Whatever good casinos do, however, comes at a price. In Bulgaria, the people paying to support those jobs are often its poorest citizens. While many Balkan countries prohibit or restrict residents from entering gaming halls – or price out working-class locals by setting high stakes – Bulgaria’s gambling houses target and thrive on locals.

The average amount gambled during each visit to gambling halls and casinos is €35, by far the lowest in Europe.

In 2008, the State Commission on Gambling found that as many as 12 percent of all high school students are addicted to gambling. Between 4 and 7 percent of adults have a gambling problem, the study showed. 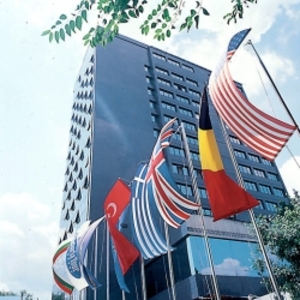 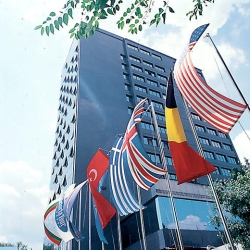 If you want to play the lottery or drop a few Euros on a football match in Bulgaria, there are only two options: the state or the Skull.

Vasil Bozhkov, the country’s richest man, controls 60 percent of its casinos, a private lottery and almost all of its sports bookmaking houses. The latter are courtesy of rulings by the State Gaming Commission and laws passed by a friendly parliament.

Bozhkov’s Eurochance and Eurofootball are part of a chain that operates more than 300 gambling shops in 56 cities. In 2007 they earned a €300 million in profits and paid about €25 million in taxes.

Estimated to be worth at least $1.5 billion, Bozhkov, 52, controls more than 70 companies in Bulgaria and around Europe.

Over the past two decades, he has used political connections and intimidation to squash most competitors.

Sudi Ozkan, a Turkish born businessman with a string of casinos in the Balkans, the U.S., Panama and St. Martin, where he lives, is generally regarded as the largest casino operator in Europe.

His Princess Hotel Chain, including a showplace in Sofia, invested more than €100 million in the country and employs more than 2,000, according to government records. His companies, Active BG and International Casino Club and Entertainment, also run the luxury hotel Trimontium in Plovdiv, according to the State Gambling Commission.

The pair has co-existed peacefully and without much government interference, despite a few public investigations that quickly went away.

Other operators and government figures have not been so fortunate. 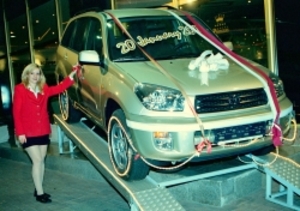 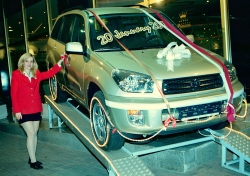 Earlier this year, the EU issued a follow up to its July report and said Bulgaria had taken steps to address its corruption problems. Events involving two individuals show a lot more work lies ahead.

–In February, Zlatomir Ivanov – Zlatko The Beret – was arrested and charged with arranging the murders of some competitors in his other business, trafficking in heroin and cocaine, police said. Ivanov owns Bingo Elite, a chain of bingo halls and machines. He was given a gaming license four years ago, even though police had long suspected him as a drug kingpin.

After his arrest for the murders, Bulgaria suspended Bingo Elite’s license.

–Ivan Petrov, a top prosecutor in the court of appeals is also a heavy gambler. Petrov claimed to have won €43,478 – more than double his prosecutor’s salary - betting in 2007, according to his filing with the National Audit Office. Four years earlier, Petrov was caught on tape more than 40 times talking to organized crime figures, even talking about particular investigations, according to the Bulgarian National Service for Combating Organized Crime.

Those he talked to included Konstantin Dimitrov, a mob boss who was assassinated in Amsterdam in December, 2003.

In 2004, the state announced a criminal investigation against Petrov, but dropped it three months later, claiming a lack of evidence.

In March, Petrov announced his candidacy to be a deputy of the main prosecutor of Bulgaria.