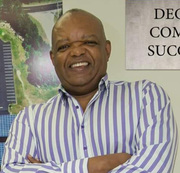 Emmanuel Katto was a client of the bank even after he was publicly named in a judicial investigation into a corrupt helicopter deal.
Who else is in the Suisse Secrets data? >

Credit Suisse kept open an account held by Ugandan arms dealer Emmanuel Katto even after he was publicly named in a judicial investigation as being involved in a corrupt helicopter deal, leaked banking data shows.

Katto’s account at the bank was opened in January 1995, two years before he struck a deal with the Ugandan government to buy combat helicopters from Belarus’s state-owned arms company.

When Ugandan forces tried to field the helicopters, they found them “in a sorry state,” according to a judicial commission report.

That commission, appointed in 2000, found that Katto’s deal, and related expenses, had caused at least $6.8 million in losses for the Ugandan government. Katto was also found to have paid $800,000 in bribes to a top Ugandan official, the president’s brother, as he pushed the deal through.

It’s unclear whether any of those funds passed through Katto’s Credit Suisse account, which had a maximum balance of just over 78,000 Swiss francs ($56,000) in August 2003, and was only closed in late 2005, three years after the commission’s findings were leaked to local media. It’s not clear why the account was closed. The Suisse Secrets data does not indicate whether or not accounts were frozen.

Monika Roth, a lawyer and academic specializing in financial crime, said Swiss banks were obligated to use due diligence systems to carry out ongoing checks on potentially dubious clients, such as those from the arms industry.

“The banks run their customer base through these systems every month, sometimes more frequently,” Roth said.

Katto was named in Thomson Reuters World Check, a database used by financial compliance officers, as someone who had been accused of supplying faulty military helicopters to Uganda’s government, according to data from 2014 obtained by OCCRP. The data does not specify when Katto first appeared in World Check, but Katto’s name was in the press long before his Credit Suisse account closed: A Ugandan media report from 2002 revealed the commission had recommended criminal prosecution of Katto over the helicopter deal.

Credit Suisse did not respond to questions about specific accounts or customers. In a statement, the bank said it “operates its business in compliance with laws and regulations in all markets in which it operates” and that it “continues to strengthen its compliance and control framework.”

Uganda reportedly bought the helicopters to bolster its fight against the Lord’s Resistance Army, a violent, fundamentalist Christian rebel group led by the infamous Joseph Kony. The militia took up arms in the late 1980s and has been waging an insurgency ever since.

During informal talks starting in 1996, Katto offered government officials what seemed like a bargain: Eight MI-24 gunships for just $1.5 million each, less than a quarter of what they cost when new.

But instead, for reasons that remain unclear, the government agreed to pay $12.26 million for just four of these helicopters. The deal was signed on February 7, 1997.

To carry out the deal, Katto used a British Virgin Islands-based shelf company called Consolidated Sales Corporation, which he had purchased in January 1996. The company was later described by the commission investigating the deal as a “special purpose vehicle” created to handle the helicopter purchase.

According to the commission, Consolidated Sales Corporation was to buy the gunships from the Belarusian state arms company, Belspetsvneshtechnika, via Triton SAL, described in the commission’s report as a “Lebanese arms dealing company.”

The shoddy condition of the helicopters eventually brought the deal under scrutiny. Belspetsvneshtechnika admitted that the aircrafts would need to be “overhauled.” When the Ugandan army ordered two of them to be deployed to the north of the country, they were said to be found “in a sorry state,” according to the commission.

The judicial commission’s investigation, completed in 2001, also found that Katto had paid a bribe of $800,000 to Major General Salim Saleh, President Yoweri Museveni’s brother and special adviser on military and political affairs.

The report of the commission overseen by High Court Justice Julia Sebutinde said that Saleh had “exhibited the highest form of greed, self interest and corruption.” (He could not be reached for comment.)

The commission recommended that Saleh and Katto be prosecuted. Katto was later charged with corruption for offering a bribe to Saleh, but was acquitted of wrongdoing in 2005.