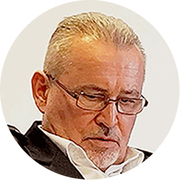 Janko Jovanović denies having a Swiss bank account, but records show he kept the equivalent of $1.7 million at Credit Suisse.
Who else is in the Suisse Secrets data? >

Janko Jovanović is a small-time customs official in northern Bosnia and Herzegovina with a checkered history — and a big bank balance.

Jovanović first made a name for himself in the local media in the years following the 1992-1995 Bosnian war, when he was accused of being part of a network of politicians and customs officers who smuggled goods in and out of Bosnia and Herzegovina (BiH).

More than a decade later, prosecutors from the federation of BiH suspected him of being part of an organized crime group that took kickbacks to allow car imports with lower tariffs.

Between 2010 and 2014, the customs office he ran in Brod and another two towns along the Bosnian-Croatian border approved 90 percent of all car imports to Bosnia. Investigators identified around 300 vehicles from South Africa and Mexico, among other countries, that were classified as European as they passed through the checkpoints, allegedly cheating the Bosnian state out of $105,000 in tariffs.

In 2014, Jovanović was among 43 people who were detained for their part in the alleged corruption scheme. Reports naming him and his wife, Jovanka, who is a judge, appeared in local media. Jovanović was released after nearly a month in custody and no charges were brought against him, though the investigation is technically still open.

Throughout this period, Jovanović banked with Credit Suisse. Leaked data contained in the Suisse Secrets files show he opened an account in 2010, which at its maximum held around 1.7 million Swiss francs (around $1.7 million at the time).

Between 1998 to 2010, Jovanović and his wife also acquired 13 properties in Bosnia and Herzegovina (BiH), Serbia, and Montenegro, and built apartments, business premises, and garages, reporters discovered. Together these were worth more than 700,000 Bosnian marks , or around $469,000, when they were bought.

Jovanović told reporters that he had no Swiss bank account, and that he and his wife made their money through legitimate means.

“You can have anything I have in Switzerland! Go, find it,” he told CIN, OCCRP’s Bosnian member center. “If you find anything, come to me.”

His wife also said she did not know of any Swiss account, and accused journalists of casting “a shadow on the twilight of our careers.” (Jovanović turns 65 this year, qualifying him for retirement, while Jovanka is about three years older.)

But a source in the prosecutor’s office told CIN that information about Jovanović’s savings in Switzerland could be key to reviving the case against him, which has been stalled for the past eight years.

“We are going to take action,” said the source, who spoke on condition of anonymity as they were not allowed to discuss the case with the media.

Credit Suisse declined to answer questions about specific clients around the world who are named in the Suisse Secrets investigation. The bank noted that “the matters presented are predominantly historical,” and that regulations and banking standards have changed over time.

This wasn’t the only time that Jovanović has faced criminal accusations.

In 2016, when it appears his Credit Suisse account was still open, he was reported to Bosnian prosecutors for negligence and forging documents. A report was filed saying Jovanović had entered false data on traffic, allowing the private company that ran parking at the customs terminal to evade paying 163,017 Bosnian marks (around $110,000) worth of fees to authorities.

The accusations were backed up by papers from a prior court case against the parking vendor, R&S Company, which cited higher figures than those Jovanović had recorded.

The owner of R&S Company was convicted of abuse of authority, but again Jovanović escaped without charges.

Two years later, in 2018, Jovanović was disciplined for failing to collect duties from a pipe-making company, which had been importing raw material and exporting pipes through a customs office under his control. Initially his employer, the Indirect Taxation Authority BiH demoted him for a year, but this was commuted to a 30 percent pay cut for six months after he appealed.

Jovanović then filed a lawsuit against ITABIH and the court found in his favor, ordering his employer to repay him 3,400 Bosnian marks and his legal fees.