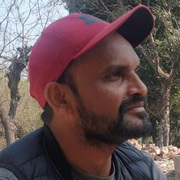 Who else is in the Suisse Secrets data? >

Since city workers demolished their house four months ago, Mohammad Javed and his elderly mother have lived amid the rubble next to a sewage canal in Lahore.

So it was a shock when he was told that Swiss banking giant Credit Suisse had an account registered to his name, which at one time held 72 million Swiss francs ($56 million).

Javed, who makes about $4 a day selling used clothes from a cart, said he doesn’t even have an account in Pakistan, let alone at Switzerland’s second largest bank. 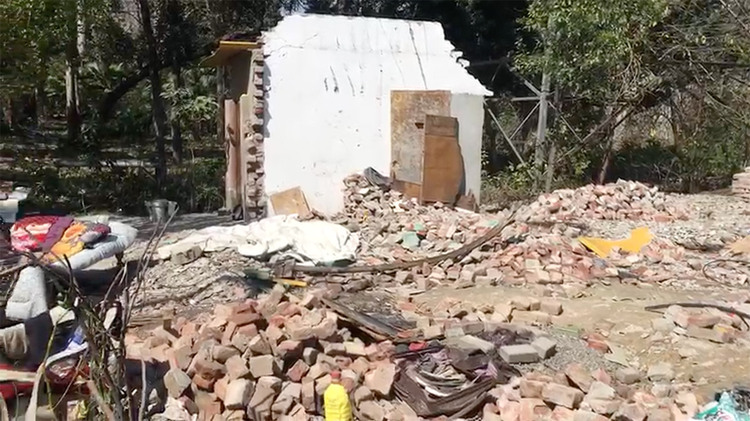 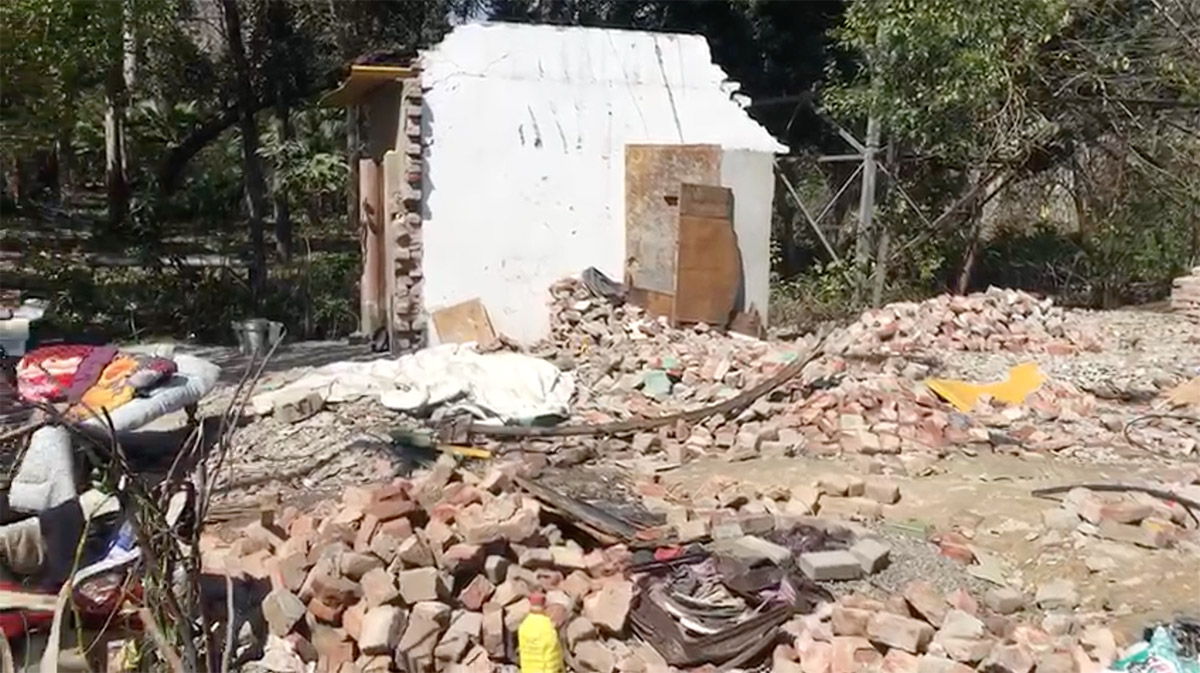 The rubble-strewn site where Mohammed Javed and his mother now live.

The case of apparent identity theft appears in a trove of Credit Suisse account data that was leaked to the German newspaper Süddeutsche Zeitung and shared with OCCRP. Reporters working on the Suisse Secrets investigation found accounts in the data belonging to problematic customers including spy chiefs, criminals and corrupt politicians around the world.

But the account in Javed’s name is an anomaly.

Javed said he had no idea how someone was able to get his personal information and register it to the Credit Suisse account, as well as another that had a maximum balance of 8.7 million francs ($6.6 million). Both were corporate accounts, meaning that someone had first registered a company in his name. One of them was opened in 2003, and the other in 2005, while both closed in 2006.

Despite his surprise, there is little doubt that the accounts were connected to the used-clothes seller — at least on paper.

The leaked Credit Suisse data shows they were registered in the name of a Pakistani national with his name, born on November 29, 1977. There is only one Mohammad Javed with that date of birth in all of Pakistan, according to three sources at the National Database Registration Authority.

Maira Martini, an anti-money laundering expert at the advocacy group Transparency International, said Credit Suisse’s compliance department, which is in charge of ensuring that clients conform to banking regulations, should have more closely scrutinized the documents submitted in relation to the accounts, including where the money used to fund the account came from.

“This certainly shows a due diligence failure,” said Martini.

“The bank should take sufficient measures to identify and verify the identity of the beneficial owner of the account, and, depending on the circumstances, conduct enhanced due diligence –– including checking the source of funds and income of the account holder.”

Former Credit Suisse employees have told OCCRP that compliance officers were encouraged not to ask too many questions when it came to large accounts. One said that “bosses encourage everyone to look the other way and managers get intimidated about their bonuses and job security.”

"If I had this money, I wouldn’t have been living beside this sewage drain."
– Mohammed Javed

Credit Suisse told reporters working on the Suisse Secrets project that it would not comment on individual customer accounts, but noted that the cases raised by journalists were “predominantly historical.” The bank said it has made “considerable further investments in combating financial crime” over the last decade, which has seen “financial reforms across the sector and in Switzerland.”

“As a leading global financial institution, Credit Suisse is deeply aware of its responsibility to clients, and the financial system as a whole to ensure that the highest standards of conduct are upheld,” the bank added.

A former executive at the British bank Standard Chartered who handled offshore accounts for Pakistani clients told OCCRP that cases of identity theft are common in international private banking. He added that it requires collaboration with the bank’s “relationship manager,” who is in charge of setting up and managing the account.

“Normally this practice is done with the consent of the relationship manager and the client who wants to park his funds under someone else’s name, but wants to control the transactions himself,” said the former executive, who agreed to speak anonymously due to concerns about legal repercussions.

The former executive said Credit Suisse would have needed a copy of Javed’s passport –– an added complication in the case of Javed’s stolen identity, as he said he didn’t get one until nearly two years after the first account was opened.

Javed said he obtained a passport in 2005, because a friend offered him the chance to travel to Malaysia for work. He was unable to raise the $2,000 required for the move, so he never went.

Since one of the accounts opened in 2003, the former executive said a different passport must have been used at first, and Javed’s identity would have been added later on.

“For whatever purpose [they were] opened, and the transactions were carried out from 2003 to 2005,” he surmised. The person making the transactions then likely asked the relationship manager “to clean up his file and return his documents,” and replace the accounts’ ownership with Javed’s identity. 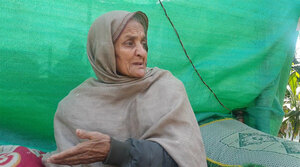 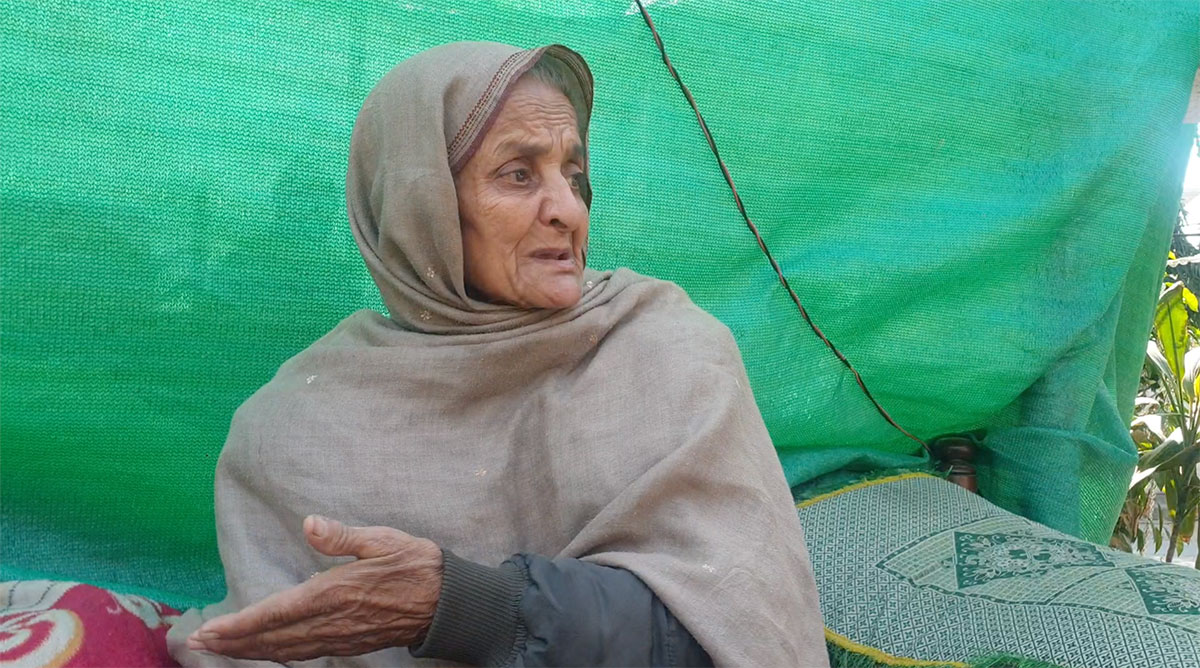 Parveen Akhtar, Javed's 67-year-old mother, lives with him beneath a tarp.

Whoever controlled the swollen secret Swiss bank accounts, their living conditions are probably much different from Javed’s –– perhaps more akin to people across the road from him.

The wreckage of Javed’s house sits in a slum directly opposite the posh suburb of Gulberg. Behind walls topped with broken glass to keep intruders away, residents live in luxurious mansions.

Meanwhile, Javed’s pregnant wife has moved back in with her parents since city workers tore down their house, which was built on a narrow strip of government-owned land between the road and the open sewage canal. Javed and his 67-year-old mother, Parveen Akhtar, don’t even have a roof over their heads, and they cover themselves with plastic when it rains at night.