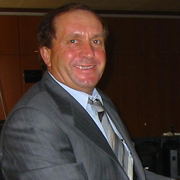 The corrupt middleman who ran a decades-long bribery scheme for German engineering giant Siemens had Credit Suisse accounts that were unknown to prosecutors.
Who else is in the Suisse Secrets data? >

In 2008, the German industrial conglomerate Siemens was fined a combined $1.34 billion following bribery investigations in the U.S. and Germany. A U.S. official called the scale of the kickback scheme “unprecedented.” 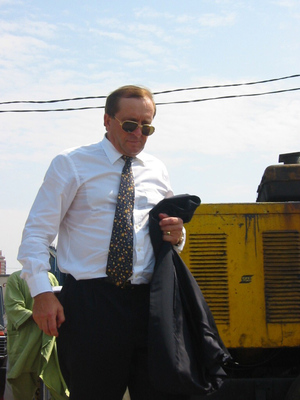 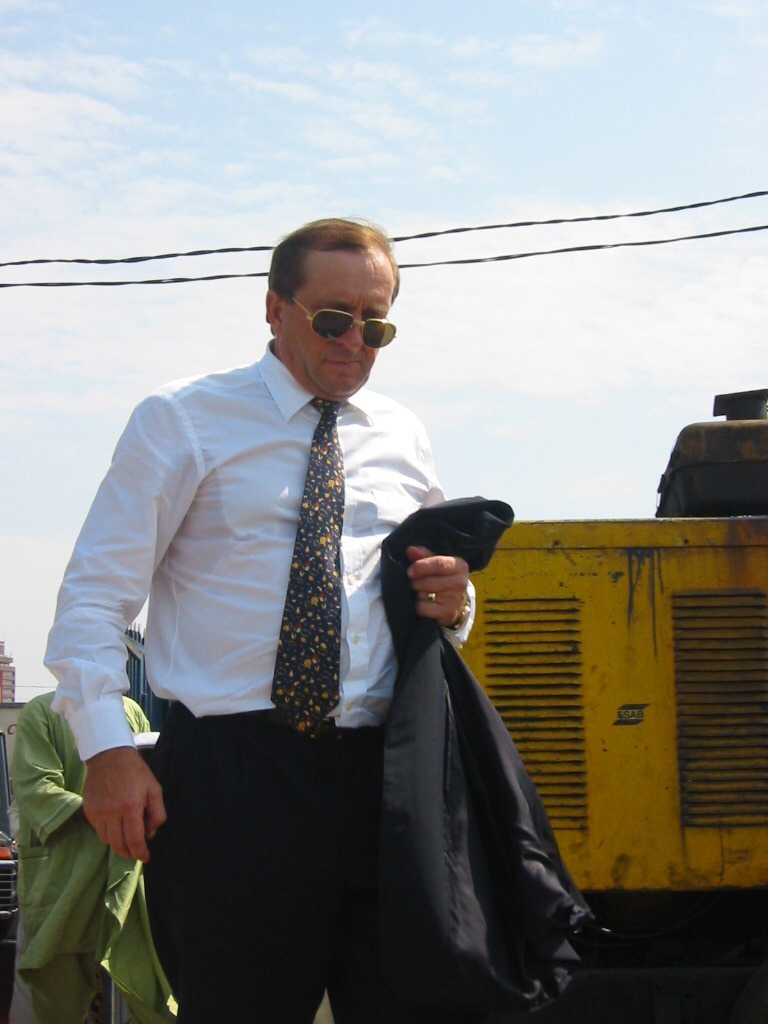 The company had bribed its way to lucrative contracts across the world. After its head offices were raided, staff at all levels of the company were implicated in corruption. One of the most notorious was Eduard Seidel, who used cash, luxury watches, and other gifts to curry favor with powerful Nigerians, including presidents and vice-presidents, for two decades.

Seidel faced trial in Germany for bribing foreign officials, receiving a one-year suspended prison sentence and a fine and costs of 240,000 euros. Before that sentence was over he had acquired or still owned at least four properties in Dubai and a house in Quinta do Lago, Portugal — an impressive portfolio even for someone earning Seidel’s ample salary of around 300,000 euros annually.

Seidel told prosecutors in 2008 that he had not illegally enriched himself. But information from Suisse Secrets — a collaboration among 48 media outlets and across five continents — reveals that Seidel stashed more than 54.5 million Swiss francs ($41.9 million) in a Credit Suisse bank account that was active until at least 2016, almost a decade after he was found guilty. It was one of six accounts he had at the bank or its subsidiary. German prosecutors told reporters from OCCRP partner Süddeutsche Zeitung they were not aware of Seidel’s Credit Suisse accounts.

Five of these accounts were opened in the 1980s or 1990s, when he was at the height of his powers in Nigeria. Two of the accounts were closed in December 2006, just one month after police raided Siemens’ headquarters, and shortly before Seidel’s name began appearing in news reports. A fourth was closed in early 2016, and two more — including the account that contained over 54.5 million Swiss francs — continued to be active for some time beyond that.

Siemens told Süddeutsche Zeitung that it had been unaware of Seidel’s companies and his Credit Suisse accounts.

Seidel told reporters he “resolutely denies the allegation that he stole money from Siemens or received money due to corrupt or criminal behavior in Nigeria.”

Swiss compliance specialist Monika Roth said that, given the context of the Siemens scandal, Seidel’s account “should have been noticed” by Credit Suisse compliance officers. Seidel had “a very good income…but not one that brings you 54 million [Swiss francs],” she said.

When clients have wealth that is hugely incommensurate with their income, Roth said, banks are obliged to ask questions about where it came from. Sometimes, she said, “the answer can only lie in corruption and kickbacks.”

In a written reply to detailed questions about Seidel’s accounts, Credit Suisse said it could not comment on individual clients due to confidentiality restrictions. It said the bank “operates its business in compliance with all applicable global and local laws and regulations” and “has taken a series of significant measures in line with Swiss financial reforms.”

Seidel spent almost his entire career at Siemens and rose through the ranks, taking over the company’s communications division in 1985, the same year he opened his first Credit Suisse account. Seidel later told German investigators that his predecessor taught him how to win business in Nigeria using bribes, which accounted for up to 15 to 30 percent of every contract. Foreign bribery was legal in Germany until 1999 and was often noted in Siemens accounting entries as “Nützliche Aufwendungen,’’ or “useful expenditures.” Bribes were even tax deductible.

Regulations tightened in 1999 with Germany becoming a signatory to the OECD anti-bribery convention. Despite this, money for Siemens’ bribery continued to flow through slush funds, “consultants” or frequently in suitcases of cash brought from Europe. 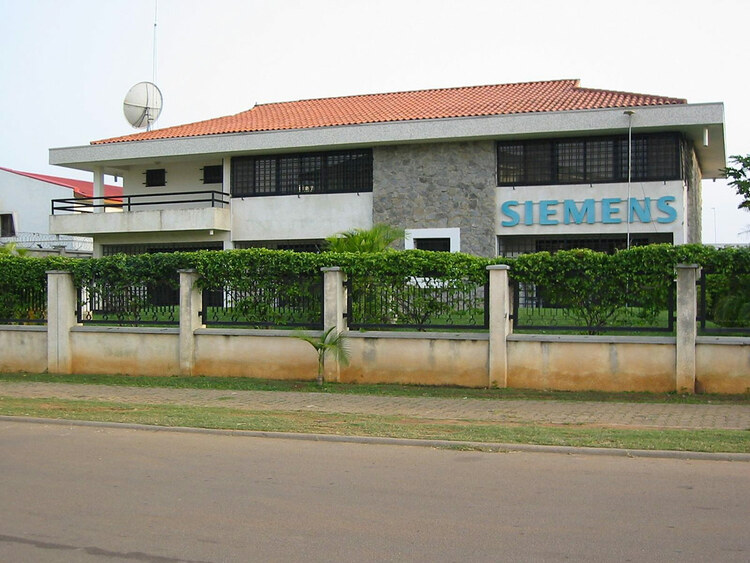 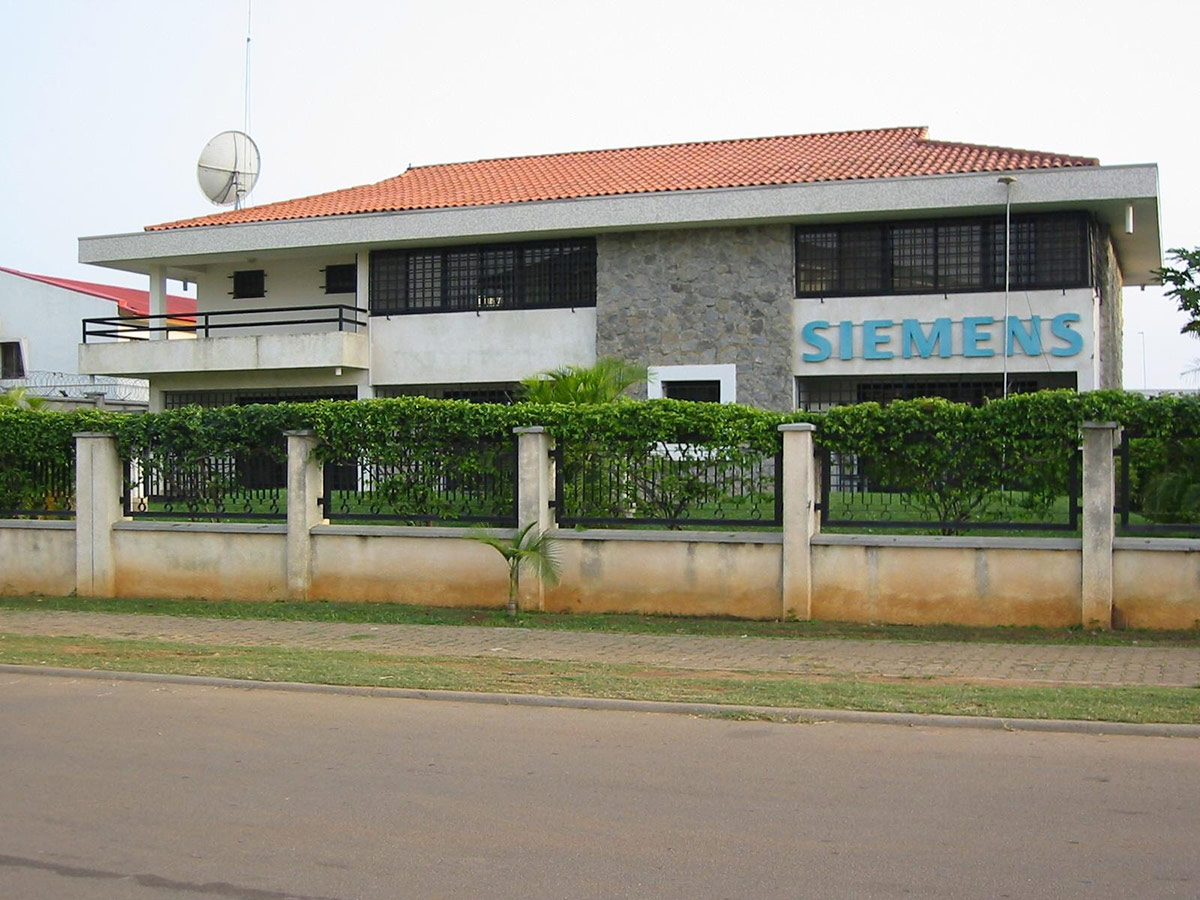 Credit: Provided to NDR The Siemens headquarters in Abuja, Nigeria.

By 1991 Seidel had become a familiar face in the corridors of power in Nigeria. Over the course of two decades, he wined and dined military rulers and presidents from successive regimes. He visited the offices of ministers and attended weddings or holiday events with offerings of expensive gifts like Rolex and Gautier watches, or even outright cash.

None of the senior officials in Nigeria have ever been tried for their role in the matter. Most have publicly denied ever accepting bribes.

Seidel was a particularly frequent visitor to the office of Nigeria’s state-owned telecommunications company, NITEL. “Seidel was allowed access to bid documents of other contractors and in most cases he determined the bid specifications,” said Titi Omo-Ettu, a former engineer at NITEL, in a book about NITEL published in Nigeria. Siemens bribed its way to four Nigerian telecommunications contracts worth around $130 million making payments of at least $4.5 million.

Seidel distributed money liberally and effectively, as did his counterparts elsewhere. The U.S. court that tried the Siemens case found company staff had handed out around $1.4 billion in bribes in Nigeria, Russia and China, among others, in order to win illicit contracts that netted them over $1.1 billion in profits.

Seidel eventually stepped down in 2005, just one year before the Siemens scandal broke. On November 15, 2006, German authorities raided Siemens’ headquarters in Munich, kicking off what became one of Europe’s biggest corruption cases.

The newspaper headlines dragged Seidel into the spotlight. He was added to a due diligence database on November 20, 2007, meaning any rudimentary compliance check would raise a flag against his name. Yet at least two of his Credit Suisse accounts remained open.

Swiss money laundering laws compel banks to tell authorities about dubious deposits in accounts of clients who pose compliance risks, and to do so immediately. Compliance specialist Roth said it was “puzzling and inexplicable” if Credit Suisse had not informed German prosecutors of Seidel’s account.