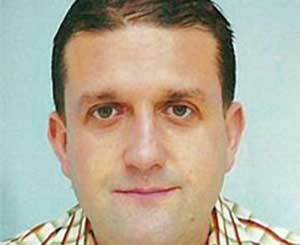 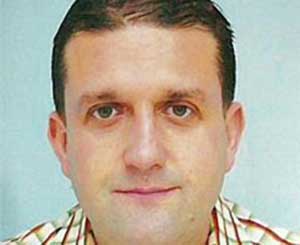 Darko Šarić, under increasing pressure as business associates head to prison for deals he planned, claims his wealth comes not from crime but from selling a popular newsstand chain for €30 million. What Šarić didn’t explain in an unusual letter to prosecutors two months ago is how he came to win control of the business in the first place.

An Organized Crime and Corruption Reporting Project (OCCRP) investigation of company registers and court records shows that Šarić took over Štampa Sistem in 2008 by cutting a deal with the family of a murdered cigarette smuggler. Šaric, a fugitive since his April indictment on charges he ran a massive cocaine cartel, controlled Štampa through a series of offshore companies, records obtained by OCCRP show.

What Šarić didn’t explain in an unusual letter to prosecutors two months ago is how he came to win control of the business in the first place. An Organized Crime and Corruption Reporting Project (OCCRP) investigation of company registers and court records shows that Šarić took over Štampa Sistem in 2006 by cutting a deal with the family of a murdered cigarette smuggler. Šaric, a fugitive since his April indictment on charges he ran a massive cocaine cartel, controlled Štampa through a series of offshore companies, records obtained by OCCRP show.

His involvement with Štampa was so hidden that even the buyer, German media conglomerate WAZ Media Group says it didn’t even know his name until the final papers were signed.

Štampa had revenues of €85 million last year through a network that includes 550 newsstands, and the “Just a Moment,’’ chain of 50 convenience stories. WAZ said 160,000 customers pass through the company’s doors each day.

And for more than a year, the money those customers spent wound up supporting Šaric.

Štampa was established and managed by the state from the 1960s to 1998 when businessman Mladen Grujić assumed ownership. Grujić’s cousin, Vladimir Vanja Bokan, was a cigarette smuggler murdered in Greece in 2000. Grujić smuggled cigarettes through his newsstands, according to a Serbian police report from operation Network in 2003 according to media reports. Grujić said in media interviews that Bokan is his only connection to cigarette smuggling.

After Bokan’s assassination Grujić continued running Štampa possibly on behalf of the Bokan family before turning control to Bokan’s daughters in 2005. Today he is a member of the Serbian parliament as a delegate of the political party Nova Srbija (New Serbia) and he owns the companies Lilli Drogerie, Beoturs, Treća Petoletka, Antikor, Radovi u toku as well as the chain of bakeries, Hleb i kifle.

Replacing Grujić at Štampa were Bokan’s daughters Naike, an adult, and Olga and Ingrid, both under 18 who are represented by Sanja Bosković, Bokan’s widow and the girls’ mother, according to commercial court records.

Eventually, the ownership of Štampa was registered in an offshore zone. In July 2005, the Greek company Polestar Enterprises took over ownership and six months later transferred Štampa to a Cyprus-based company, Lekana Trading Ltd. Bokan spent the end of his life operating his business from the exclusive Athens neighborhood of Glifada. He was shot to death by automatic weapon fire and the killers were never found.

A Gibraltar company Šarić owned, Bonake Enterprise Ltd, bought Štampa in three stages. He signed an April 18, 2006, contract with Lekana Trading Ltd, taking over a third of the company. Bonake took over ownership of Štampa in full in November 2007. The sales contract was signed on behalf of Bonake by Nebojša Jestrović, director of Bonake. Jestrović, who was born in Pljevlje the same town as Šarić, managed thefinances for some of Šarić’s biggest investments in Serbia. He led, in the name of the company Municipium S, a consortium that bought the company THU Palić and the hotels President and Patrija in Belgrade and purchased the hotels Putnik and Vojvodina in Novi Sad in a 2009 auction.

Jestrović was charged on Aug. 6 on allegations he laundered money for Šarić. In April, the Serbian government seized his hotels.

After a year, Šarić sold his ownership in Štampa to WAZ, which had previously held partial ownership in Futura Plus, a competing distribution network in Serbia.

Peter Lange, a WAZ manager responsible for logistics, explained in a phone interview with OCCRP that “the main reason we left Futura Plus was that accusations were raised against our local partner, Stanko Subotić, who was recommended to us by the Serbian government. Investigations were initiated against him by the public prosecutor. When this happened we immediately ended all contacts to him.”

Lange added, “Another reason was that Futura Plus was in a very bad economic situation and there was not really a basis to improve it in a short time period. Theoretically the basis of Štampa is much better, because it is concentrated in the area of Belgrade and in the area of Vojvodina, particularly Novi Sad. We thought that we would have the chance to develop the company in order to earn benefit after a couple of years.”

Lange negotiated with Andrija Krlović, Šarić’s lawyer, on the sale of Štampa and became a company director in August, 2008.

“It was a period of transition,” Lange said. “Mr. Krlović, the legal representative of the Bonake shareholders, was my partner in the whole negotiation. I also met Neboša Jestrović, the first day when we arrived in Štampa. Krlovic told me that he is somebody who sees that everything is OK with the company, but as I remember, he really hadn’t an official function. So, two weeks later I said to Krlović that I don’t need him and that he must go. Then, Jestrović disappeared and after this he moved to be director of the distribution network Futura plus.”

Lange says that the first time he heard the name Šarić was at the conclusion of the takeover talks. Meanwhile Krlović, in August of 2010, was indicted by prosecutors of laundering money for Šarić on another deal involving a privatized agricultural company.

“At the end of negotiations, Mr. Krlović told me that he represents the interests of one man, Darko Šarić, who is one of the owners, and that he has to sign the contract. He was at that time not known as a controversial person, so there was no reason for us to doubt or to ask other questions. We had no contact with him… no phone calls, no meetings, nothing.”

After he sold Štampa, Šarić started buying privatized companies and hotels in Serbia, through an offshore company, Mateniko LLC, which is registered in the U.S. state of Delaware. Company records kept in the Serbian business register show that, as he did with the Bokan family, Šarić bought property from influential people who had financial or legal problems. The list included Antun Stanaj, arrested in 2007 and now on trial for cigarette smuggling; Mile Jerković, convicted of cigarette smuggling, and Subotić.

Šarić sent a letter to the special state prosecutor in Belgrade at the end of June in which he cited the business deal with WAZ as proof he earned his money legally.

“Just from one job between my company and one famous German company,” he wrote, “I got €30 million on my account.” Šarić said his property was registered and legal, but that everything had been stolen by the state. He wrote nothing about where the money he used to buy Štampa from Bokan’s daughters had come from.

Representatives of WAZ said they could not confirm the €30 million sales figure because it is against company policy.

Štampa is not the only media-related company in which Darko Šarić or his close associates invested, according to records in the Serbian and Montenegrin business register agencies.

Nebojša Jestrović, named by police as Šarić’s financier and money launderer, in buying privatized companies in Serbia, was named head of the board of directors in a competitive news distribution company, Futura Plus, in March 2009. Serbian authorities saw this as buying the company from Stanko Subotić, who controlled Futura. Prosecutors are investigating this business relationship.

In 2009 Šarić’s Mat company, controlled construction and a chain of petrol stations and dominated the economic lifeof his hometown Pljevlja, His associates Jovica Lončar, Mrdak Miro and Goran Soković held about 4.6 percent of the shares in the influential Montenegrin daily Pobjeda, which is majority owned by the state.

In Serbia, model Svetlana Šarić, the wife of Darko’s brother Duško, together with Naike Bokan established Code magazine in June last year. The magazine covered high society, and stopped publishing soon after the investigations of Šarić and his associates became public.

Two printing companies are linked to the Šarić and his group. These are the BMG-MN printing company and MN Printing, founded in Belgrade in 2005 and 2006. They are owned by Nebojša Joksić and Miloš Nikolić, both indicted April 12 as members of Šarić criminal organization involved in trafficking cocaine. MN Printing was qualified two years ago to print editions of the Serbian State Company of Textbooks.